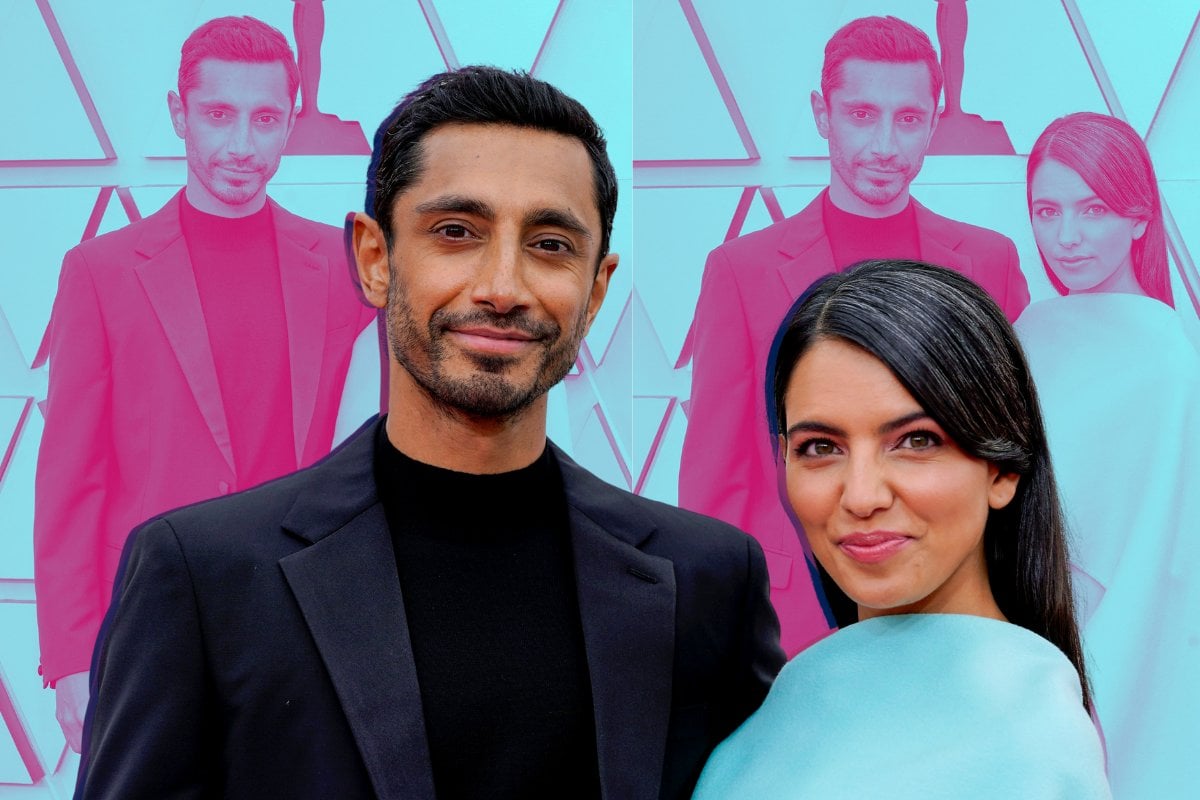 An acclaimed international author and a rock star actor walk into a New York cafe.

They sit down at the same table, start setting up their laptops, accidentally brush hands as they jostle for the same power point.

Sparks fly. They strike up a friendship, and sometime in the near future, friendship turns into something more.

A little while later, the actor proposes to the author with scrabble tiles, during a romantic picnic in the middle of lockdown.

No, this isn't the plot of a Nora Ephron movie starring Tom Hanks and Meg Ryan. It's the love story between Sound of Metal star Riz Ahmed and New York Times bestselling author Fatima Farheen Mirza.

At the time of their first meeting, Riz was preparing for his role in Sound of Metal. Fatima had just been named an instant New York Times bestselling author for her debut novel, A Place For Us. They had both gone to the cafe that day to get some writing done.

“We met so randomly, while I was preparing for Sound of Metal, when I was in New York. We just both sat down at the same table in a cafe, where we both turned up to write. We were both jostling over the same laptop plug points, like a very modern way of meeting," Riz told Jimmy Fallon during an appearance on The Tonight Show.

“We struck up a friendship and then we reconnected down the line. But it’s weirdly one of the many things about preparing for this role that was so special. It just brought a lot of goodness into my life.”

In 2020, during lockdown, Riz and Fatima went for a picnic in a local park. They played a game of scrabble and Riz lined up the tiles to read "Will you marry me?"

“I did that corny thing where I stole all the correct letters up and spelled out will you marry me?’” he told Jimmy Kimmel during an appearance on Jimmy Kimmel Live!

According to Riz, Fatima first responded with "You're joking!" before saying yes.

The couple married in a private ceremony in a backyard late last year.

“Obviously, kept it super intimate and socially distanced. There was just, like, hardly anyone there, really,” Riz said at the time, adding, “We did it in a backyard, which is nice in lots of ways. And I think the nicest thing about it was you didn’t have 500 aunties hanging around you, pinching your cheeks.”

Most of us first met Riz as Nasir 'Naz' Khan, a man accused of murder, in the 2016 eight-part HBO series, The Night Of. Some of us will remember his brief - but impactful - role at the end of Girls. In 2017, he won the Emmy for Outstanding Lead Actor in a Limited Series or Movie for his role in The Night Of, making him the first Asian male to win an acting Emmy, and the first Muslim and Asian to win a lead acting Emmy.

But Riz had been acting for about a decade when he landed those roles. He's also a rapper. He was a member of the Swet Shop Boys who earned critical acclaim for their albums, Microscope and Cashmere. His song 'Immigrants (We Get the Job Done)' won a MTV Video Music Award.

In 2018, Fatima's debut novel, A Place For Us, became the first book published under Sarah Jessica Parker's new imprint, SJP for Hogarth. The novel, which is over 400 pages long, is a modern epic about an Indian-American Muslim family living in California.

The novel begins when the family's prodigal son, Amar, returns for a family wedding. It then switches through time and perspective to tell the family member's individual stories.

Fatima originally planned to go into medicine. She enrolled in pre-med classes before switching to creative writing. After she graduated, she attended the Iowa Writer's Workshop, one of the most prestigious writing masters in the world.

She's described the book as "a long love letter to the life that was mine right until I started writing it."

"It's through the novel that I can understand that dynamic between the individual and their greater community with so much more complexity than when I was in it. It’s helped me understand where I’ve come from and who I am and what is important to me."

Riz and Fatima's first public appearance together was on the 2021 Oscars red carpet. Riz had been nominated for Best Actor for his role in Sound of Metal. Fatima was accompanying him on the red carpet.

At one stage, Riz paused, turned around and fluffed up Fatima's hair for the cameras. "I'm the official groomer," he said.

It was the hair fluff that was heard around the world.