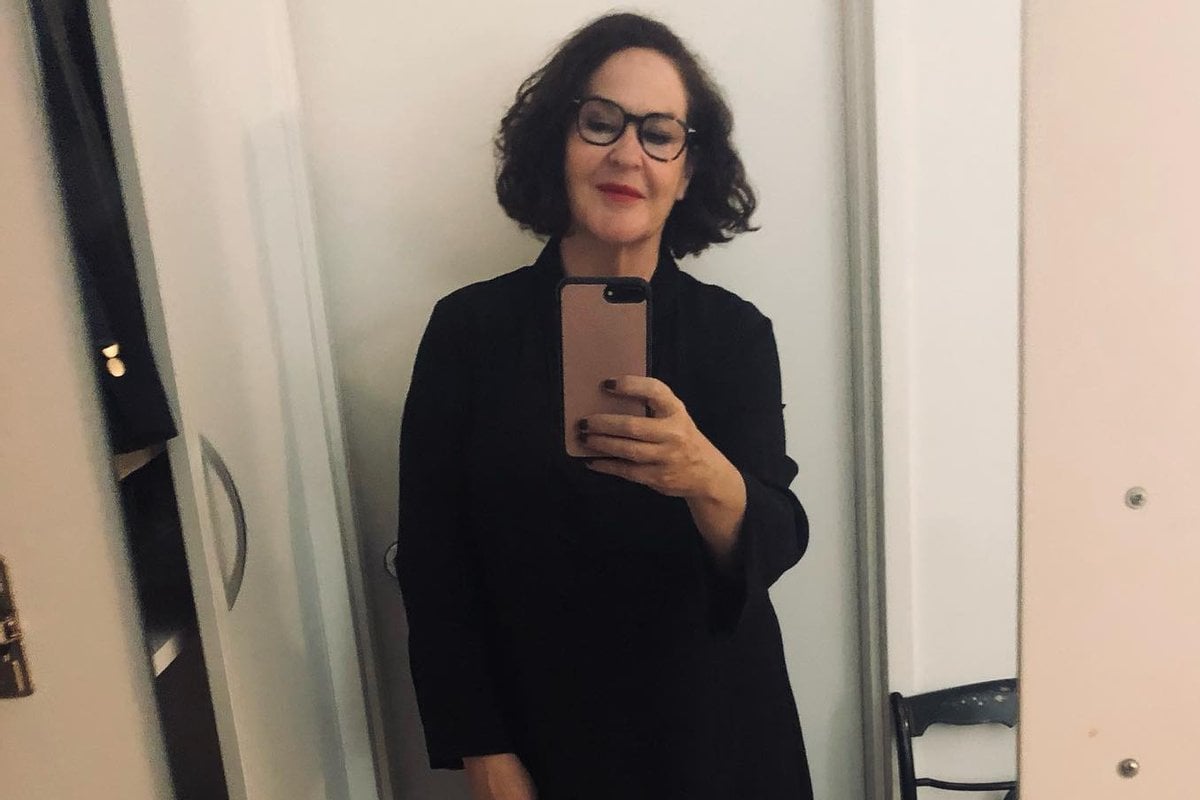 Last month, two magazine covers - one featuring Nicole Kidman for Vanity Fair, and the other with Linda Evangelista for People - raised that question, as one showcased a woman in her 50s appearing slender, toned and airbrushed (Kidman), while the other told the story of a woman who underwent a procedure for fat freezing which left her "disfigured" (Evangelista).

Someone who's spent more time than most thinking about how women look is Kirstie Clements.

Kirstie was the Editor-in-Chief of Vogue Australia for over a decade. She was involved in all the big decisions, including countless ones that went into creating the magazine's cover images, starring the most famous of women.

While Kirstie understands the strategic thinking behind both recent covers, she is still "conflicted" about the messages they send to women - particularly those over 50, like her.

"This is not any sort of critical analysis of Nicole [Kidman]; that's what she does. But I think it's the messages that [women] still get," Kirstie told Mia Freedman on Mamamia's No Filter podcast.

"We think we're past getting those messages. We think we want to look at [Nicole] and go, 'Good on her' but something eats away at you and you go, 'Oh God, why don't I look like that? I've never had a stomach like that', etc."

"I think what I felt... was conflicted," Kristie said about her own reaction to the photo.

"Because I thought what you just thought ['Is that how I have to look?'], then another part of my head thought 'Good on her' and 'I know how the industry works - that's photoshopped to death'; [then] 'It's an incredible photo'..."

It was when Kirstie saw the People photoshoot with Linda Evangelista - where she detailed her traumatic experience with a cosmetic procedure involving fat freezing - that she realised women are constantly being told very different stories about the pressures of ageing.

It lead to a pointed post on her Instagram, which she unpacked in her No Filter interview.

"That's when I thought: God, there's a lot of mixed messages and I don't know what to make of any of it," she said.

"I know we're supposed to be secure in our own skin and looking inward..."

It's a pressure many women face as they enter middle age, even supermodels.

"She didn't feel like she could re-enter modelling. She was still feeling the pressure to look like Nicole was presented - airbrushed perfection.

"I feel for her. Ageing is hard enough. Ageing as a legendary beauty... You'd have to be pretty together not to have lots of internal conflicts."

Kirstie admits there is one area of the body, in particular, that seems to be a trigger point for many of us: the stomach.

"What is it about the midriff area?" she said. "It wasn't the bosoms [in Nicole Kidman's cover photo], it was the midriff that set off our hot buttons."

The former editor remembers Elle Macpherson on the cover of the now-folded Cleo magazine showing off her abs. That issue would "sell like hotcakes", she shares.

"It's a very big trigger for us because it is an area that we have an extra level of fat protection there, most women, for various reasons," Kirstie said.

"It's intrinsically linked with youth, sexuality... It just triggers us," she added.

Listen to the full No Filter podcast episode with Kirstie Clements and Mia Freedman here. Post continues after video.

And even though it was Kristie's literal job to decide how women looked on the cover of a magazine (the magazine), she still questions why women over 50 are perpetually made to feel this way, especially as so much progress has been made in the body positivity and body neutrality space.

"How do we stop comparing ourselves? Why is that our initial instinct is to look at them and think, why don't I look like that? I don't have the answer to that," she said.

"How do we get to that point when we can be really objective and say, 'She looks great... and I look great too.'

"I think that's what we need to try work towards. We shouldn't take any of those messages to heart."

But even Clements understands that in a world where such divisive magazine covers can co-exist, it's easier said than done.

What do you think? Share your thoughts in the comments below.