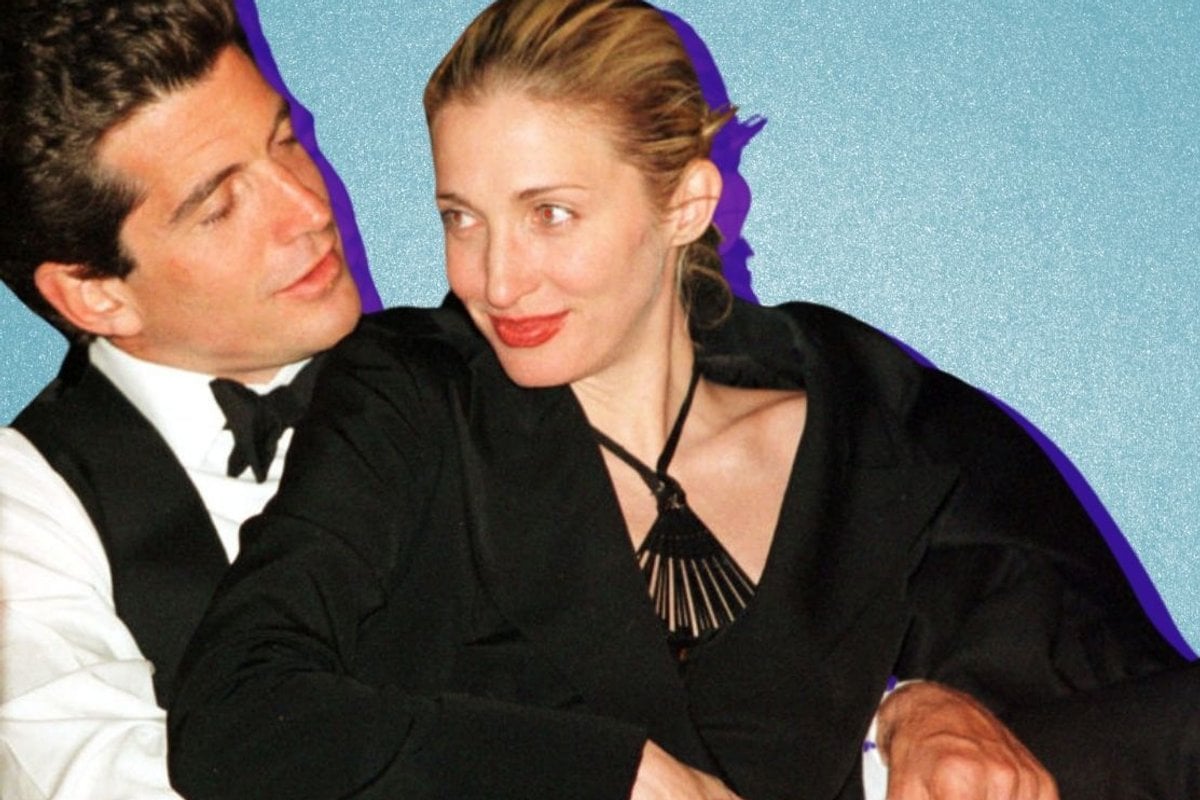 To one generation, the indelible image of John F. Kennedy Jr. was taken on his third birthday.

A little boy with a powder-blue coat and bare shins, standing in front of a wall of black-clad mourners. One hand raised to his forehead, saluting his slain father's coffin.

To the next, it was a photograph taken at a party after the 1999 White House Correspondents' dinner where he'd hosted a table as the Editor-in-Chief of George magazine. Jacket removed, he sits in a black bowtie and vest, his lips planted on the cheek of his wife, Carolyn Bessette-Kennedy, who's nestled in his lap.

Each carries tragedy. A little boy too young to grasp what he's lost; a 38-year-old man unaware what he's about to.

Just three months after the party photograph was taken, John F. Kennedy Jr., Carolyn and her sister, Lauren, were killed when Kennedy's light plane crashed off the coast of Martha's Vineyard, Massachusetts.

The accident raised countless what-ifs about the potential of "America's son", questions that are being pondered again today, on what would have been his 60th birthday.

From America's son, to its most eligible bachelor.

When President John F. Kennedy addressed the press after being called as the winner of the 1960 presidential election, his heavily pregnant wife, Jacqueline Kennedy, stood beside him

"Now my wife and I prepare for a new administration," he concluded, "and for a new baby."

Cameras were trained on him from the very beginning, as he and his big sister, Caroline, toddled around the halls of the White House. As they mourned their father who was assassinated during a presidential visit to Dallas in 1963. As they mourned their uncle, Senator Robert Kennedy, who was murdered four years later. And as their mother married and later buried shipping magnate Aristotle Onassis. 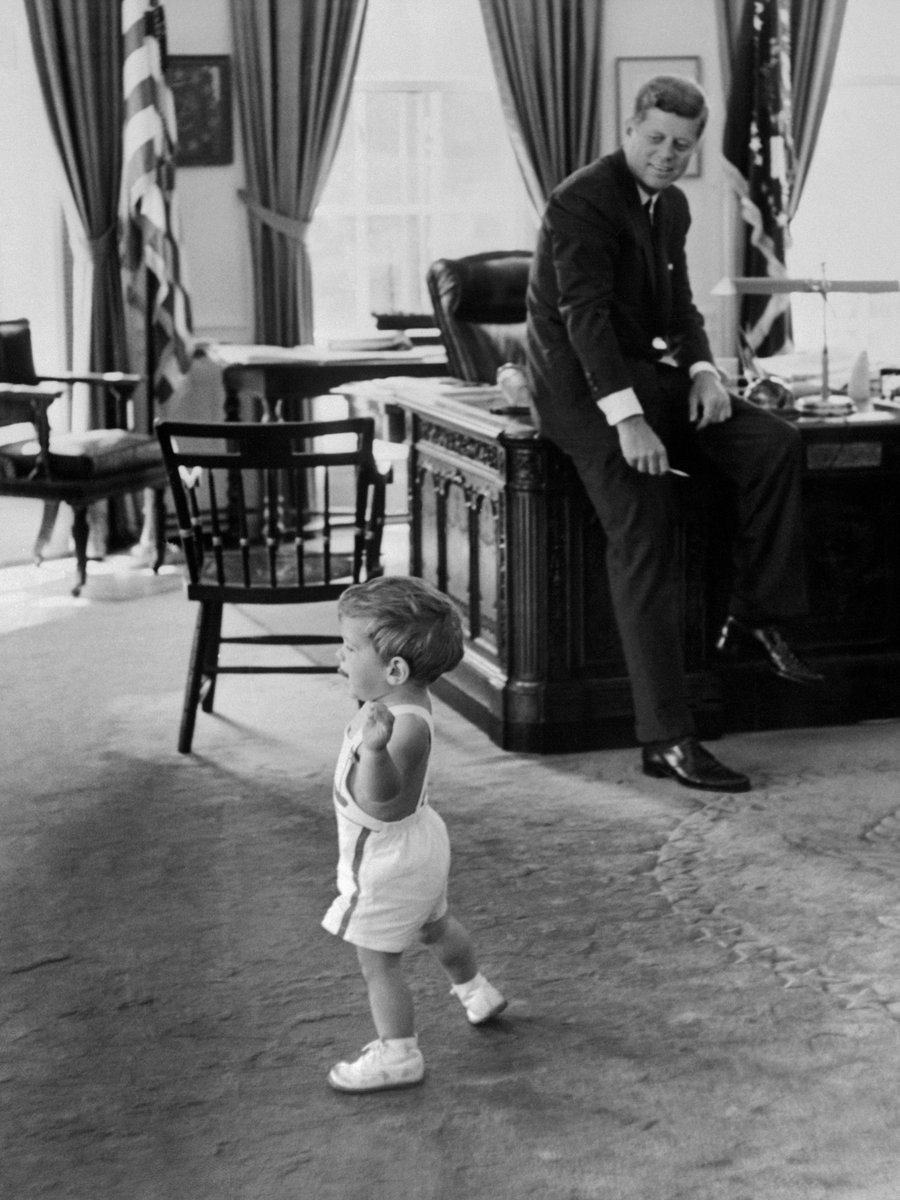 After he graduated from law school at New York University, attention turned to his future. Though he failed the bar exam twice, his eventual pass secured him a job in the New York District Attorney's office.

Meanwhile, speculation swirled about his relationships.

Among his partners were several high-profile women including models Brooke Shields and Cindy Crawford, and actors Daryl Hannah (with whom he was in a relationship for 5.5 years) and Sarah Jessica Parker.

Parker, who today is famous as the star of Sex in the City, was little known beyond Broadway at the time and struggled with the attention that came with dating America's most eligible bachelor.

"We would go places where there wasn't a soul around, and the next day I'd see pictures of us there in the tabloids," she told The New York Times in 1992.

"I never had any idea what real fame was until I met John."

But it was in 1994, shortly after the death of his mother that Kennedy started dating Carolyn Bessette, a publicist who worked in the fashion industry. 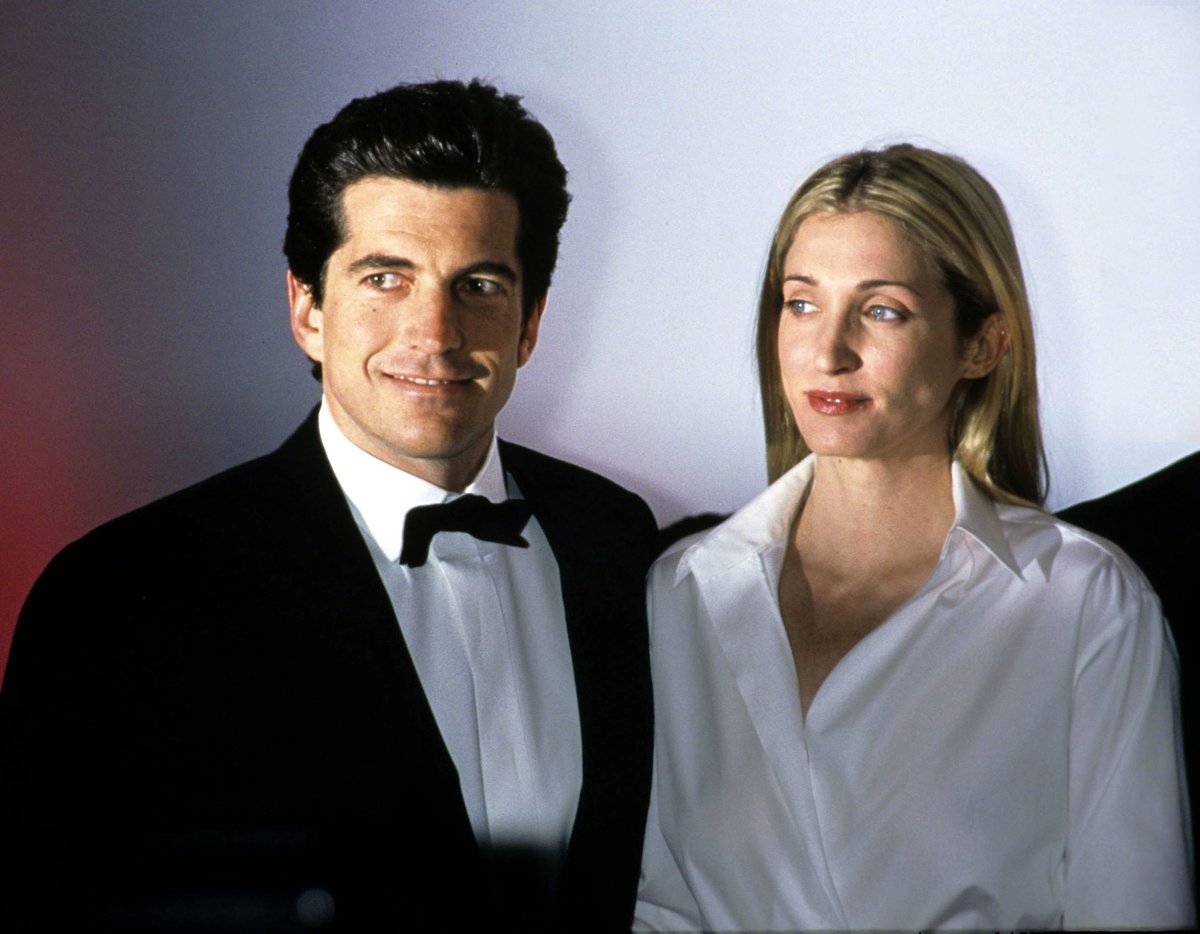 They married in September '96, somehow keeping the Georgia ceremony a secret from all but their small guest list.

Both before and after their nuptials, Bassette-Kennedy shunned the attention, refusing media interviews and keeping a low-profile at events. But Kennedy secured his place there by swapping his fledgling law career for one in publishing.

His venture was George, a magazine aimed at 20-to-30-somethings that fused politics and pop-culture and leveraged his impressive contacts list, from senators to actors and activists. The inaugural issue in 1995 featured cover star Cindy Crawford dressed as first US president George Washington, replete with tails, a ruffled shirt and white wig.

But among his most attention provoking issues was September 1997, in which he penned an editor's letter that described his cousins (one of whom had left his wife, and another who was investigated for statutory rape of a 14-year-old babysitter) as "poster boys for bad behaviour".

The fact that he posed seminude for the accompanying image only boosted sales further. 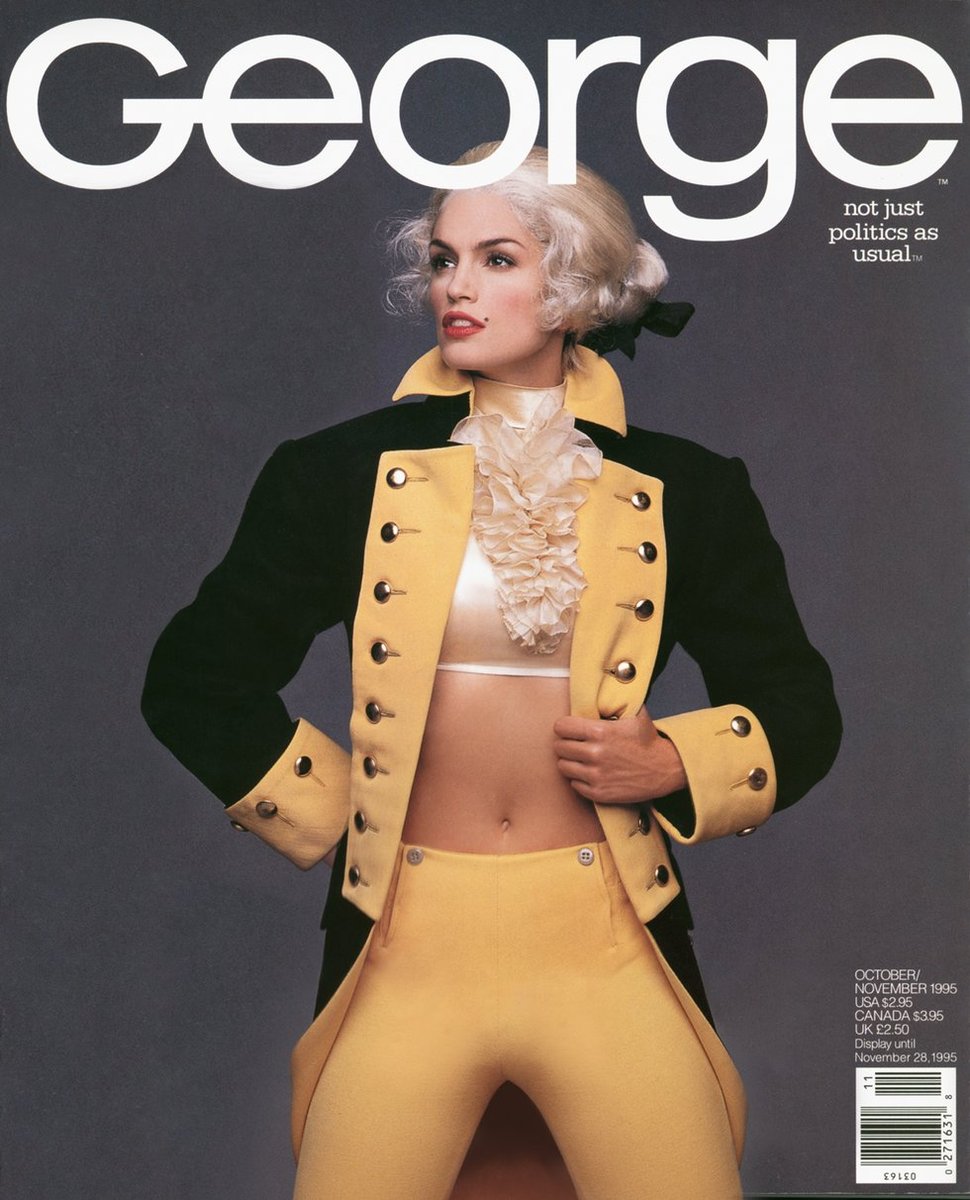 Though civically minded and clearly fascinated by politics, he never expressed any intention of leaving publishing to carry the family legacy in Washington D.C. He seemed satisfied instead with being an editor/CEO and working on his various philanthropic projects.

Speaking about his career a 1998 interview with USA Today, he said, ''I think everyone needs to feel they've created something that was their own, on their own terms.''

Still, his death — and each anniversary since — brought lamentations about his presidential potential.

The crash and the rise of the 'Kennedy curse'.

As a newly licenced pilot with just 310 hours of flying under his belt, John F. Kennedy Jr. normally flew with an instructor beside him. But on the July 16 trip to Massachusetts for a cousin's wedding, he took the controls alone. His wife and sister-in-law, whom the couple were dropping at Martha's Vineyard on the way, were in the passenger seats.

The bodies of all three were discovered five days later amid the wreckage off the coast of Martha's Vineyard.

An investigation found that Kennedy had fallen victim to spatial disorientation in the nighttime conditions and lost control of the plane.

Their premature deaths are among of more than a dozen to have befallen the various branches of the Kennedy family over the past seven decades. Courtesy if their high profile, these tragedies have been mythologised as signs of a "Kennedy Curse".

But as friend and J.F.K. advisor Theodore C. Sorensen wrote after John F. Kennedy Jr.'s death, the family should be remembered as blessed despite enduring so much tragedy.

"I associate the Kennedy name with life, not death, with hope and vigour and adventure, not despair," he wrote for The New York Times. "All the Kennedys I have known, both young and younger, have so loved life that they did not want to waste a precious minute of it in useless boredom, or to be diverted from any new horizon in it by the presence of risk.

"They knew all about death. President Kennedy survived several brushes with it. But they never wished it or needlessly courted it. They were too full of life."

Reply
Upvote
I can’t think of the Kennedys without remembering that they lobotomised their daughter because considered her an embarrassment and thought she might damage her brothers careers. When JFK was president she was hidden away in an institution, completely incapacitated. So maybe not a curse so much as karma.
rush 2 months ago

Reply
Upvote
1 upvotes
So much is made of "the curse", but a dozen or so early deaths, over 70-odd years, in a fairly large family - is that actually bad luck, or just... life?
random dude 2 months ago