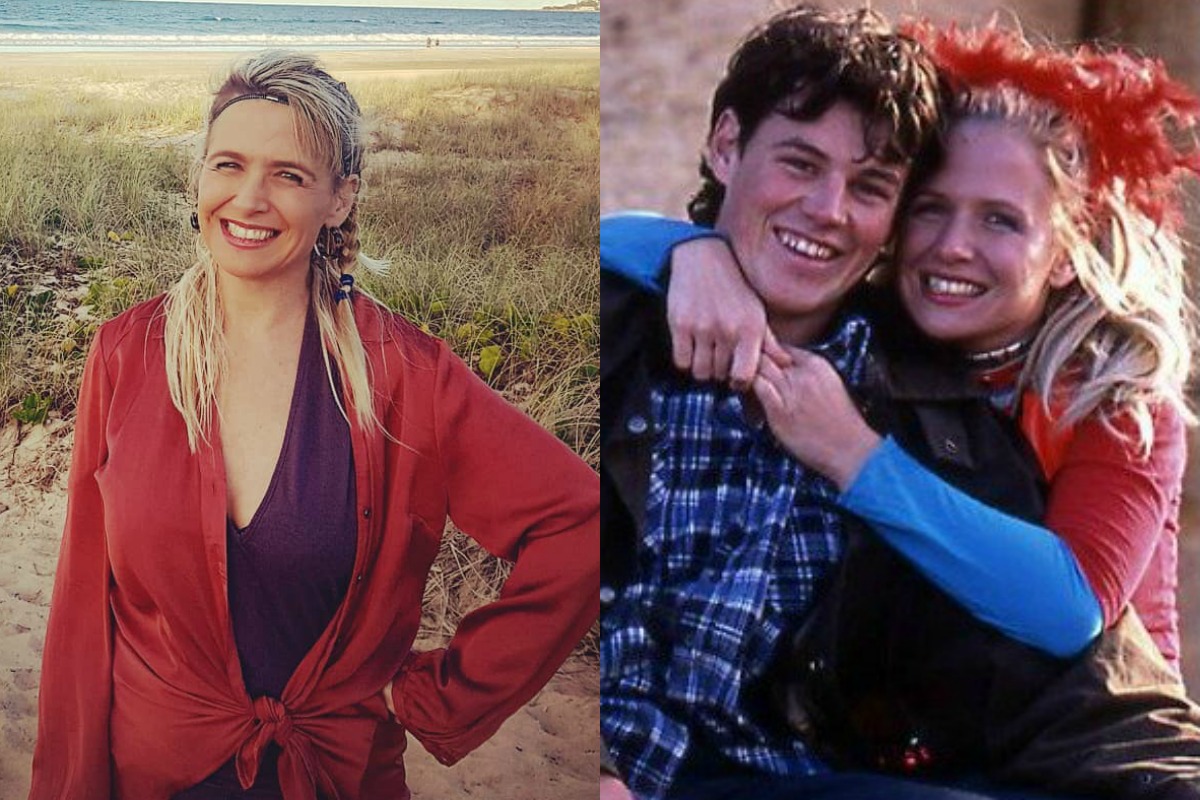 When Jess Hardy was evicted from Big Brother in 2002, her new boyfriend Nathan ‘Marty’ Martin was gutted.

The young pair were besotted with each other, and had made it to the final four, vying for the $250,000 cash prize.

“Big Brother goes bonkers,” read headlines from the time, as the public followed, picked apart and egged on every milestone of their very fresh relationship which got very hot and steamy much to the camera’s delight.

“Have they had sex though?” The Australian public was desperate to know.

There’d never been any actual fornicating on the Aussie season before. It was a big deal.

18 years later, Jess explained why she decided to have sex on the show.

"I’m not an exhibitionist, but you do kind of forget and you like the intimacy, you feel like you’ve got an ally, you get a little cosy and before too long it’s the dancing doona all over again," she recently told Triple M’s Moonman In The Morning.

"It’s just a comfort thing. Dad said to me when I got out, 'Couldn’t you wait?' but when the intense chemistry is there and you’re unable to leave, it’s undeniable.

"It feels like it’s the right thing at the time, you don’t remember the cameras are there."

But the most interesting part of the Jess and Marty coupling came in hindsight.

Marty had a girlfriend prior to entering the house who (unbeknownst to him) dumped him before he got out.

More than a decade later, history would repeat itself with Tully and Drew – however in 2013, a very very different narrative played out.

To this day, six years after her time in the Big Brother mansion, Tully Smyth is asked about and ridiculed for cheating on her girlfriend while in the house. She went through what can only be described as a fresh slice of hell as trolls made it their mission to destroy her.

A scan of commentary from 2002 shows Marty was painted as "not too flash" but he wasn't ripped to shreds in the same way Tully was. In fact, he went on to become runner up - in a show voted for by the public.

After the show aired and Jess and Marty took their relationship IRL, tragedy struck the Hardy family. Jess's brother Billy lost his life in the Bali Bombings that killed 204 people, including 88 Australians at the end of 2002.

Speaking to the ABC, Jess described her brother as "the glue that stuck us all together".

Marty and Jess's love story was once again thrown into the spotlight in 2004 with the spin off series Marty & Jess: An Outback Wedding - which followed their journey into marriage.

The girl from the city and her farmer from Perth were known as the "country couple" by the public.

But their marriage only lasted 15 months, with the pair divorcing in 2006. Post divorce, Jess blamed the "storm of publicity" for pushing them too quickly into marriage, reported The Age at the time.

In 2012, Jess explained to The West Australian what went wrong, saying, "unfortunately our lives were just too different. I needed a bit more of civilisation".

She also revealed that while she was feeling good about him now (in 2012) in the past the breakup left her "probably wanting to stab his eyes out with pins".

After breaking up with her husband, Jess threw herself into studying law and becoming a radio host. In 2007, she landed a gig at ZZZ FM in Lismore. Over the years she hopped around the regional radio traps taking up jobs in Dubbo, Coffs Harbour and Tweed Heads, before deciding to dip her toe back into the world of reality TV in 2012.

Appearing on Dating In The Dark, Jess was keen to not be recognised (by potential partners) for her past.

"Being known as Marty's chick and doing a marriage on TV, people feel that they already know you," she told The West Australian.

"When it comes to being out and them [men] approaching me, they always bring up Marty and I think I have kind of been tarnished with that brush. So it does put a handicap in front of me," she said.

In 2016, Jess took up a breakfast radio gig at Townsville's Zinc 100.7 where she remained for a year before heading back home to the Gold Coast for a while. In 2019, she's hosting the afternoon shift on Star 104.5 on the New South Wales Central Coast.

Lovely being outside amongst some fresh air #ocean #bliss #vitamindfix 💗🌻🌞

As for Marty, he remains a country boy through and through. He now runs the family farm in Toodyay WA, where he lives with his second wife Lexi and their three children Sam, Billy and Joel,  who are all under 10.

"He’s got a happy ending with another lovely lady, they’ve got a family and he’s all loved up. He’s back on the farm," Jess recently told Moonman In The Morning.

Marty's been enjoying a life away from the spotlight, preferring to leave his Big Brother days in the past.

"For the first few years after the show, I used to get recognised in the streets, but now it's great to be just plain old Nathan," he told The West Australian in 2015.

The Martin's property is smack bang in the middle of Western Australia's blue ribbon farming country and is first generation - with a focus on growing hay and running livestock.

Before moving back in 2015, Nathan (aka, Marty) was helping on the farm while also running a successful landscaping business in Stoneville.