She was the first housemate to re-enter the house when, hours after her eviction, it was discovered the votes were miscalculated. She eventually went on to be the season's runner-up to winner Trevor Butler.

After stints in front of the camera, Bree transitioned into a behind-the-scenes role as a producer on some of Australia's biggest reality TV shows.

Here is exactly what Bree's life has been like since her very first roller-coaster TV appearance.

In 2005, Australians would tune into Big Brother Friday Night Live each week.

Lucky for host Bree Amer, a doctor from Wollongong was among the viewers, and he noticed something unusual about her neck.

On Monday, Bree told the Daily Mail about how the doctor spent almost a year trying to get in contact with her, including by spending almost $400 calling through to Mike Goldman's Up Late show's competition line, to urge her to get a lump in her neck checked out.

"When I turned my head on the [Friday Night Live] panel, a lump protruded out of my neck - I had an inch and a half tumour that I never noticed," Bree told the publication. 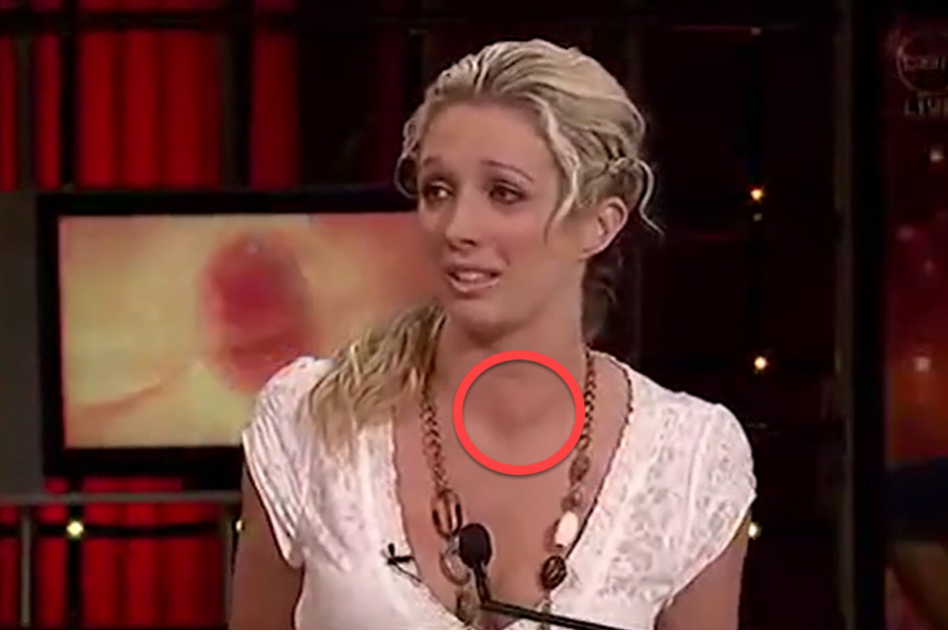 Bree, then 24, never noticed the lump herself.

"He saw it and I came back a year later and it was bigger... he tried to get in contact with me for like a year," she said.

It was fortuitous that one of Bree's ex-housemates from her time on Big Brother in 2004 happened to visit that same doctor's surgery that same year.

Bree thought he was a "bit bonkers" initially, but brought the lump up at her next GP appointment which led to a diagnosis for thyroid cancer.

"Eventually I was diagnosed with thyroid cancer. I had two surgeries, and radioactive iodine treatment. I was really lucky he got in touch," Bree said.

So, Bree is the one who got evicted from the Big Brother house only to be told… there had been a mistake.

“Last night, there was an error with the voting calculations. This means that the wrong person was evicted,” then host Gretel Killeen told the housemates.

Before this announcement was made, Bree had gone through the whole post-eviction process.

She did the entire eviction show, saw all the fabulous and embarrassing things she’d done flashback style, and even went to an after party where she was reunited her friends and family.

“They took me off and I had a debrief with a psychologist, and he took me up to my hotel room and was like, ‘I’ve just brought someone here as a witness.’ I was like, ‘What? What’s going to happen here?’” she told Tim Dormer's podcast Popcast last year while reliving the night.

She was then told about the tallying mistake and informed that she had to re-enter the house, because if she didn't she could potentially sue them later, as she could have won the million dollar prize.

“There was just this weird kind of vibe, and I hadn’t slept because I’d been awake all night, processing what was going on... So I went in and literally went bonkers the first night... I think I cried half the night, because I didn’t know if I’d made the right decision, and I was tired and emotional," she told Tim.

Here's a refresher of her (false) eviction. Post continues after video.

She ended up going on to be runner-up in the season, with Trevor Butler winning (he was the guy who proposed to his girlfriend after the announcement was made on stage. How good was reality TV circa 2004).

Other people you might remember from Bree's season: Ryan (Fitzy) Fitzgerald, Paul Dyer and Catherine Tremolada.

At the time of Bree's appearance on the show, she was, in her words, "21, single, no kids, and no huge career to worry about... it was like a really fun holiday".

But that wasn't the end of Bree's Big Brother career, she came back in 2005 to host Big Brother Friday Night Live with Mike Goldman and Fitzy.

They then did the spin-off Friday Night Games, which was the celebrity version, as well as a show called Download, which was a 'funniest home videos' type show.

That took up the next six years or so of Bree's career.

From in front of, to behind the camera.

But as it turned out, Bree was more interested in what was happening behind the camera, and after her stints in front of it, she went on to work in production.

She was a casting producer on My Kitchen Rules, and also worked behind the scenes on The Bachelor, Seven Year Switch, Restaurant Revolution, Amazing Race and Relationship Rescue.

Bree liked the stability that came with working in production, and still to this day loves working in and around reality TV.

As someone who's been on both sides of the game, Bree has an interesting take on the current crop of reality TV stars who blame "bad editing" for their portrayals.

"I really think the people who come out and point fingers just don't have any self awareness as to what they're actually like and can't handle it when a mirror is held up to them," she told Tim Dormer.

"You can't force people to say things and you can't show something that someone hasn't said," she added.

Bree met her husband on the job.

Evan Wilkes is also a TV producer and the pair, who live in Sydney, married in 2015.

"It's your worst nightmare. All your hopes and dreams you had for this little person just comes crashing down."

It was discovered that Bree's placenta was filled with blood clots, so it stopped the nutrients from getting to her baby, and he stopped growing in utero.

"The hardest part to deal with was knowing Archie's death was completely preventable - I had all the warning signs but they were all ignored [by doctors]," Bree told the publication.

When she fell pregnant again Bree admitted, "pregnancy will never be the same for me unfortunately".

"[It was] filled with terror."

Since losing Archie, Bree has become one of the ambassadors for the Stillbirth Foundation, which funds research into stillbirth causes and prevention.

The now 36-year-old's Instagram is full of pictures of little Hunter, who was born in 2017.

All my Christmas wishes right here!

In July 2019, she welcomed a baby girl who she named Harlow.

"Hunter is nailing his big brother role, let’s hope it stays that way when he realises she is coming home with us!" she wrote on Instagram at the time.

Harlow Wilkes joined our little fam bam yesterday and she is amazing ❤️. Hearts bursting. Hunter is nailing his big brother role, let’s hope it stays that way when he realises she is coming home with us! @evan_wilkes #HarlowWilkes