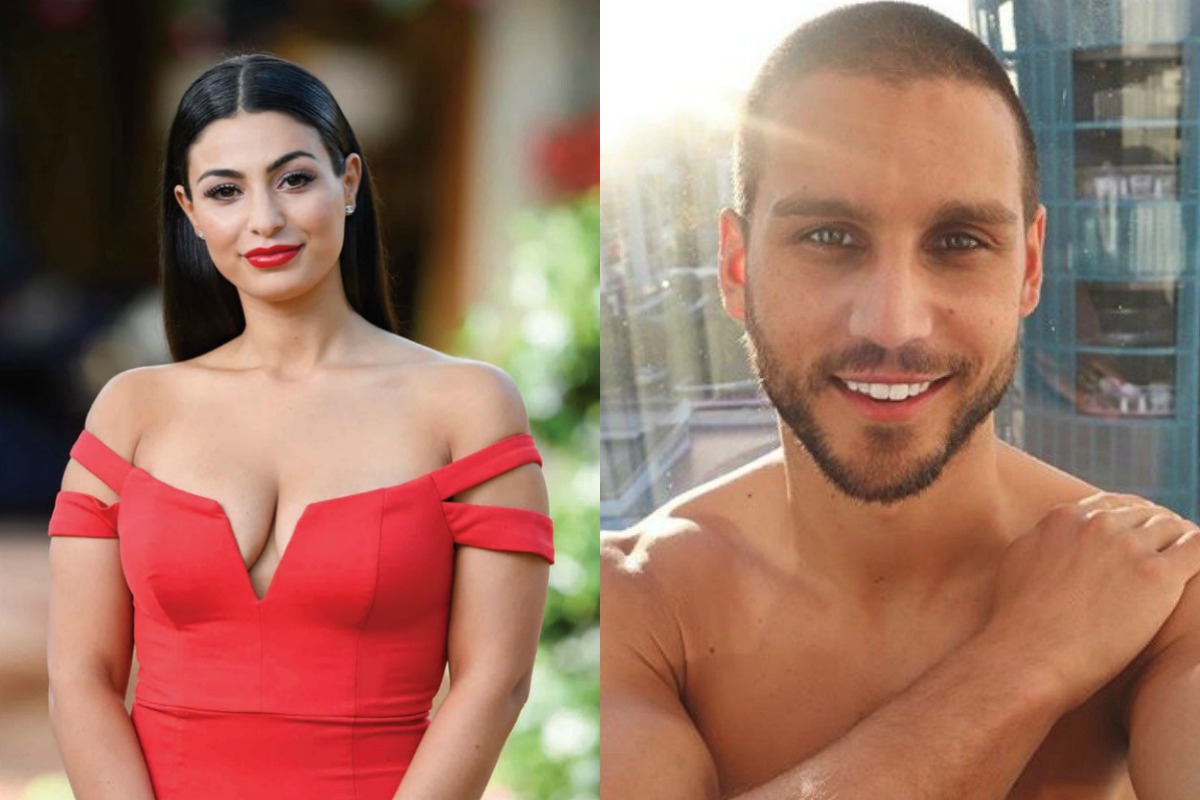 Reality TV: It’s the scheduled programming we hungrily gobble up on a nightly basis, finding ourselves obsessed with the perceived “normal people” on our screens while aware, to some extent, that the term “reality” is employed fairly loosely.

Yes, we know it’s manipulated, twisted and heavily edited, but one of the very fascinations with watching reality TV is trying to figure out just what is not as it seems.

Both this year and last year, we've seen fiery arguments break out on Australian reality TV shows like Married At First Sight, not to mention dramatic cheating scandals between the couples set up through the experiment, which many viewers were quick to call-out as scripted.

It’s all made us justifiably suspicious that most reality TV contestants are controlled by the puppet masters that are drama-hungry producers.

Luckily for us, past reality TV contestants are increasingly emerging from the woodwork to dish on exactly how they were pushed and prodded during filming.

And when they do, we’re just as transfixed on their words as we are by The Bachelor finale.

Here are eight times reality TV stars revealed exactly how they were manipulated by producers:

Earlier this week, Laura-Ann Rullo, who starred in Matty J's season of The Bachelor, explained that the producers decided which contestants were sent home rather than the bachelor himself.

During a Q&A on her Instagram stories, Laura-Ann claimed that Matty wasn't able to choose the contestants until the final stages of production. He also apparently didn't pick which contestants went on dates.

In one episode, however, Matty stopped a rose ceremony to explain his motives for going on the show and said that it was ultimately his decision who he picked.

"I'm not some puppet that's just being told what to do... When I pick someone for a single date, that's because I picked them myself," he said.

"When you receive a rose in the rose ceremony, that's because it's entirely my decision." 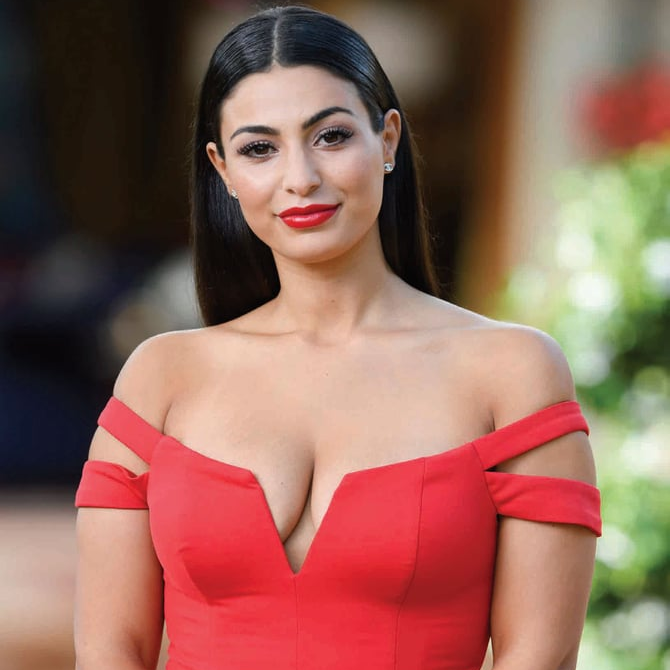 The former Bachelor contestant also said the worst things about the show were "the lies, the lack of empathy, not being able to talk to family, and the long hours".

While she acknowledged the show wasn't scripted, she said herself and the other contestants had to pretend they didn't know each other at the start of the season even when they did.

Producers also know how to ask certain questions to get the responses they want, according to Laura-Ann.

Brooke Blurton, who left in the top four of Nick Cummins’ season of The Bachelor, previously revealed that producer involvement becomes particularly heavy when trying to frame a “villain” for the season.

She told Who Magazine last year that she felt pressured to play “the angry black girl” during filming.

But when she reacted calmly to certain situations, much to the dismay of producers, they’d become “aggressive” and attempt to manipulate a dramatic response out of her.

“Obviously, they’re making a TV show and you hear that quite often,” she told the publication.

“You’re basically characters in a show and you have to conform to be that character. If you don’t conform, they [producers] are quite aggressive with how they speak to you. I didn’t necessarily conform… and the manipulation is definitely there.”

She went on to say that she felt they wanted her to be the contestant that ruffled feathers, when she is placid by nature.

“I think they wanted me to be the angry black girl, but I was not that. I think they wanted me to step up and be controversial on camera in front of the girls which I don’t think is right. That’s not how I deal with confrontation. They stick you in these environments that are very testing and trying. You know, late nights, early mornings. It’s chaotic.”

In 2019, Michael Brunelli, who appeared on MAFS last year, explained on his Instagram stories that he wished he was able to step in to certain situations, but was “bound by producers” not to get involved.

We assume he’s referring to the ratings-grabbing conflict between Martha and fellow contestant Cyrell.

“Biggest regret would have been not saying something in a situation where I normally would have in the real world purely because a top producer said it would have ruined the story line. So yeah, that annoys me,” he said.

Although Michael did not name a particular incident, his on-screen wife Martha Kalifatidis was best known for her fiery arguments with co-star Cyrell Paule throughout the season, culminating in a final dinner party where she was doused with red wine.

“Don’t get me wrong, I appreciate the fact that I went on MAFS and I met someone absolutely amazing, but do I miss it? Do I miss the drama? Oh my god, no!” he added.

Lauren Huntriss, who was matched on the show with “the virgin” Matthew Bennett in 2019, opened up about her portrayal on MAFS on live radio shortly after she left the season.

“I feel like I deserve to say my side,” she previously told KIIS FM hosts Jackie O and Beau Ryan, saying she was “very nervous” and “kind of being a bit of a rebel right now” by speaking out against producers.

Then, she claimed she was forced to say she “was a lesbian” during a pivotal scene where she revealed she’d dated women in the past.

“If you want it, go for it. Take a risk. Don’t always play it safe or you’ll die wondering”… ☁️☁️☁️ This rings so true to me right now as I have recently decided to take a HUGE risk and try something that terrifies me yet excites the bloody hell out of me. Something you may not know about me is that when I want something bad enough I won’t stop trying until I get it. I am focused and I am determined more than ever. Set your goals high and don’t stop until you get there… ???? #dreambig #kickinggoals #lifeiswhatyoumakeit #stayfocused #passion

“My producer was like, ‘Fantastic, great, however, we’re going to get you to re-enact that, say it again but use the word ‘lesbian’. I was like, ‘I’m not OK with that, I don’t want to use that word, I don’t label myself as a lesbian. It didn’t feel right.

“[But] when you’re sleep deprived, you’re under all this pressure, you’ve got two cameramen there, your producer – and, of course, you all saw what Matt was like, he never really stood up for me. So it was like all of these men against me. They will literally say to you, ‘We’ll keep you here all day until you say what we want you to say’.”

After storming off from Sam Wood’s season amid a disagreement with producers about how she believed she was being portrayed, Melbourne contestant Emily Ghougassian (nee Simms) claimed she was gagged by Shine Endemol from speaking out about the show.

She said the manipulation of her “character” went beyond editing, revealing that she was physically prevented from joining in a group date in order to give the false impression she was a diva who spent too long preening herself.

During filming, she admits she was drinking heavily to cope with the stress and was “blind drunk” on the night she walked out.

She also said alcohol flowed freely on the series, particularly at rose ceremonies.

“We would be standing there for more than an hour, drunk and in painful shoes,” she said.

“Often, we would be hungry and just desperate to go to bed but then we’d be told to go upstairs, put our pajamas on so they could film another scene.”

On YouTube, the second runner up of Nick Cummins’ season of The Bachelor discussed how the nickname of “stage 5 clinger” and other ways she was mocked by viewers impacted her mental health.

“The whole of Australia was watching you, they were seeing this edited version of you and came up with whatever they wanted to think of you, and it actually really sucked, the first few weeks really, really sucked,” she said.

“And I didn’t even know what this meant (before), but I would be trending on Twitter. I would just go through all of the tweets and everything people were saying – honestly it was so horrible.

“I cannot believed the things people would say. How can people say those things about someone?”

She also explained the “dream journal” moment for which she was widely-ridiculed, where she seemed to read out a description of her perfect man to Nick Cummins from a diary entry she had made before the show.

“I was definitely reading from something, (but) it wasn’t my dream journal,” she said. “I don’t have a dream journal, and also I don’t keep a diary.”

Talking on the Fitzy and Wippa show last year, the participant of the social experiment really had no limits with how much he was willing to share.

“We all know it’s not completely real,” he told the radio hosts of his “affair” with fellow contestant Ines Basic.

“Your words get switched around”, he said, before adding that in certain situations producers would tell him: “It will sound great if you say this…”

Sam then denied one of the biggest rumours about their affair, claiming they "never slept together".

When asked by Fitzy if there was an exact moment when Sam decided to "put [his] foot down with Channel 9" and leave the show, he replied with a definite yes.

“That last dinner party before that commitment ceremony when I went to leave was... yeah. There was a lot behind the scenes that was going on between Ines and I that... I couldn't do it, I had to go.”

Back in 2018, Davina spoke to Hit105’s Abby and Matt about a technique producers used to make situations seem worse than they were.

So there you have it: cold, hard evidence of just how far a producer will go for a juicy storyline.

Let's hope it doesn't change the way we watch this season of The Bachelor too much.