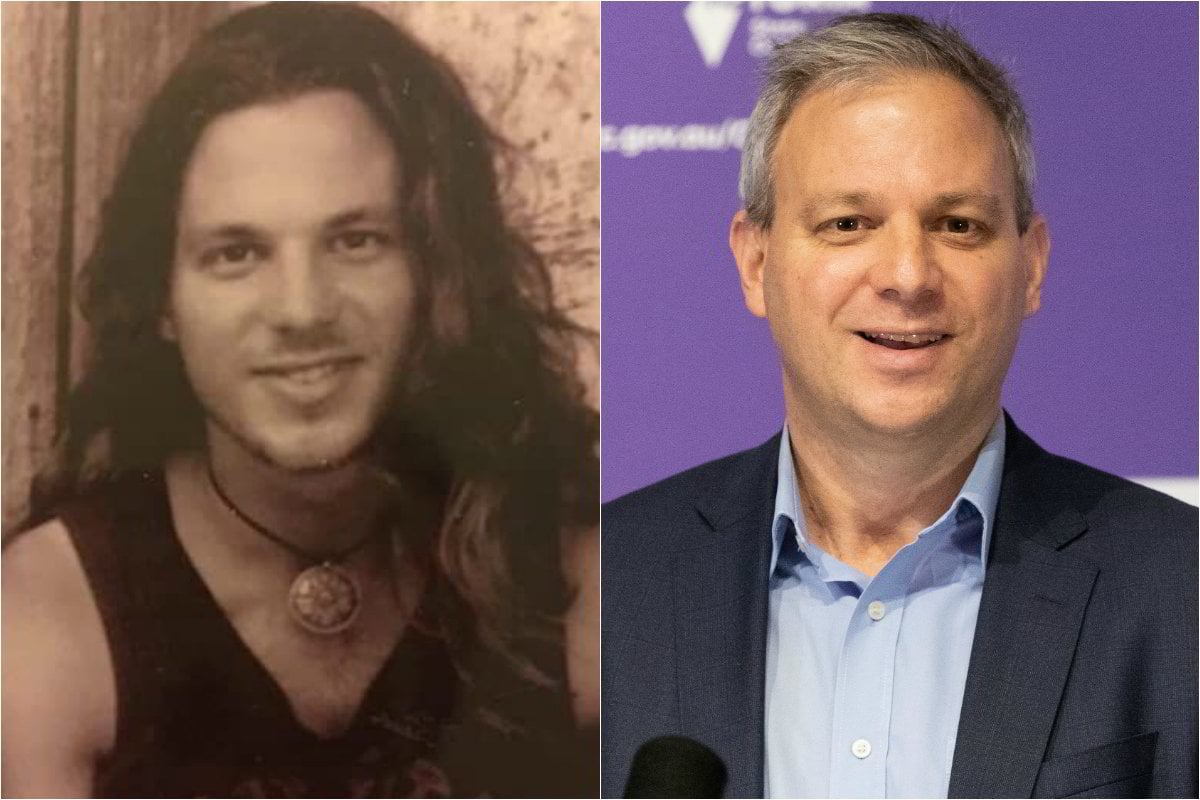 One of the top Google searches related to Victoria's Chief Health Officer during this coronavirus crisis has been: 'Is Brett Sutton married?'

Amid the second wave of coronavirus in Melbourne, Australians have developed a deep devotion to Sutton, who has helped lead Victoria's public health response to the pandemic. In fact, the 'Brett Sutton is HOT' Facebook page has amassed nearly 12,000 followers.

And yes, you can buy a bed-sheet with his face all over it, if you so wish.

As Victoria's public face to this crisis, alongside Premier Daniel Andrews, Melburnians have developed a ritual of seeing him deliver his daily debrief, around 11am most days, on the state's progress.

But despite his public fronting, there is little known about Sutton's personal life. So to answer the question, 'Is Brett Sutton married?' He is, and has kids as well.

In April last year, he wrote a story on LinkedIn about his dislike for the phrase 'Daddy Day Care'.

"For me, it’s not ‘Daddy day Care’ or ‘baby-sitting’ when it’s your own kids," he said. "It’s just finding a path in a busy world of work and family and all the joys and challenges in between."

Other than this small tidbit of information, Sutton has successfully managed to keep his private life, well, private. What we do know, though, is that Sutton adores his career.

"I love the job. I absolutely adore it," he told ABC Radio Melbourne in June this year.

"I know that it's busy and I know that things like pandemics can challenge every fibre of your being in terms of being able to respond, but there's nothing I'd prefer to be doing to be honest."

Growing up in Melbourne.

Before his career in medicine, Sutton had dreams of becoming a vet as a kid, until he did work experience for a veterinary clinic and was horrified by his tasks.

"It was a vet that really only saw cats and dogs, there was nothing else. It was a bit of a turnstile of euthanasia for greyhounds at the end of their lives," he told Radio National.

"I was given the job of taking the next dog out in a plastic bag into the rubbish bin."

Immediately, that caused him to reflect on whether being a vet was really for him. But even more life-changing was a tragedy in his family life.

When Sutton was nine years old, his father died in their home from a stroke. 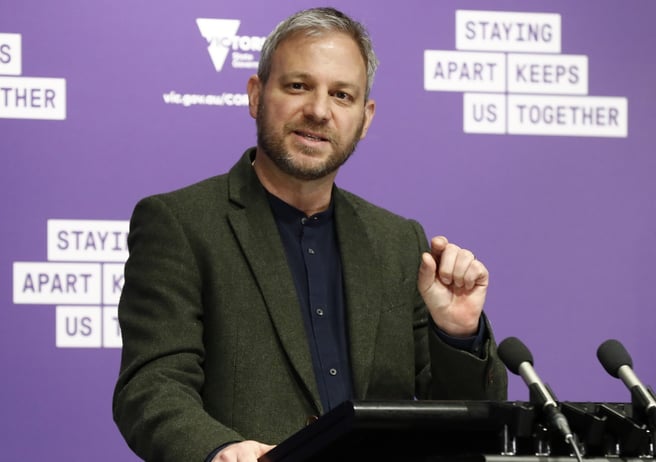 "I always reflect on whether that was a pivotal moment in me thinking maybe medicine's for me, rather than veterinary science," he explained.

"I certainly became motivated about how we maintain health and how we look after those who are unwell.

"I don't know if my memories are real or not, but I always remember him with great affection. I think he absolutely engendered in me a sense of curiosity."

According to his LinkedIn, Sutton graduated from Melbourne High School, before studying a Bachelor of Medicine and a Bachelor of Surgery at the University of Melbourne.

In case you're wondering what he looked like during his studying days, the Professor shared a photo to Twitter earlier this year.

#MeAt20 Since it’s now out there! Actually, more like 22... pic.twitter.com/ositX6mEvF

Becoming the face of Victoria's public health response to the pandemic.

Brett Sutton has been Victoria's Chief Health Officer since March 2019. Before then, his career was in emergency medicine.

Throughout the pandemic, Sutton has always maintained his poise in his daily briefings, and remains confident that Victoria can come back from their second wave.

Earlier this month, Sky News falsely reported that Sutton had resigned after he simply took a three-day break from the daily briefings.

Sutton responded to the false rumours with humour - a light-hearted side that the public has gained glimpses of in the past few months.

What?! Nickelback have broken up??

The good news? Brett Sutton has no plans to be retiring anytime soon.

"I really would like to stick around in this job for a while," he told Radio National in June. "There are so many things that I think public health still needs to respond to that will be increasingly challenging over time, and I'd like to be in that space."

So to the Sutton fandom, no need to stress: Brett Sutton is here to stay, even if his long locks have sadly left.

Reply
Upvote
1 upvotes
Well he's quickly gone from heartthrob to douche bag, now that it is being reported he instructed lawyers not to handover emails that showed he knew he was aware of the Andrews government's decision to hire private security contractors.
G
gu3st 2 years ago

Reply
Upvote
3 upvotes
Brett, at 22, looks like that dude who's the first to whip out a guitar at a campfire.
R
random dude 2 years ago

Reply
Upvote
2 upvotes
@gu3st  Ha, I can see that, and now whips out the ukulele on karaoke night - time is a thief, tiptoeing away with more than it brings .
G
gu3st 2 years ago