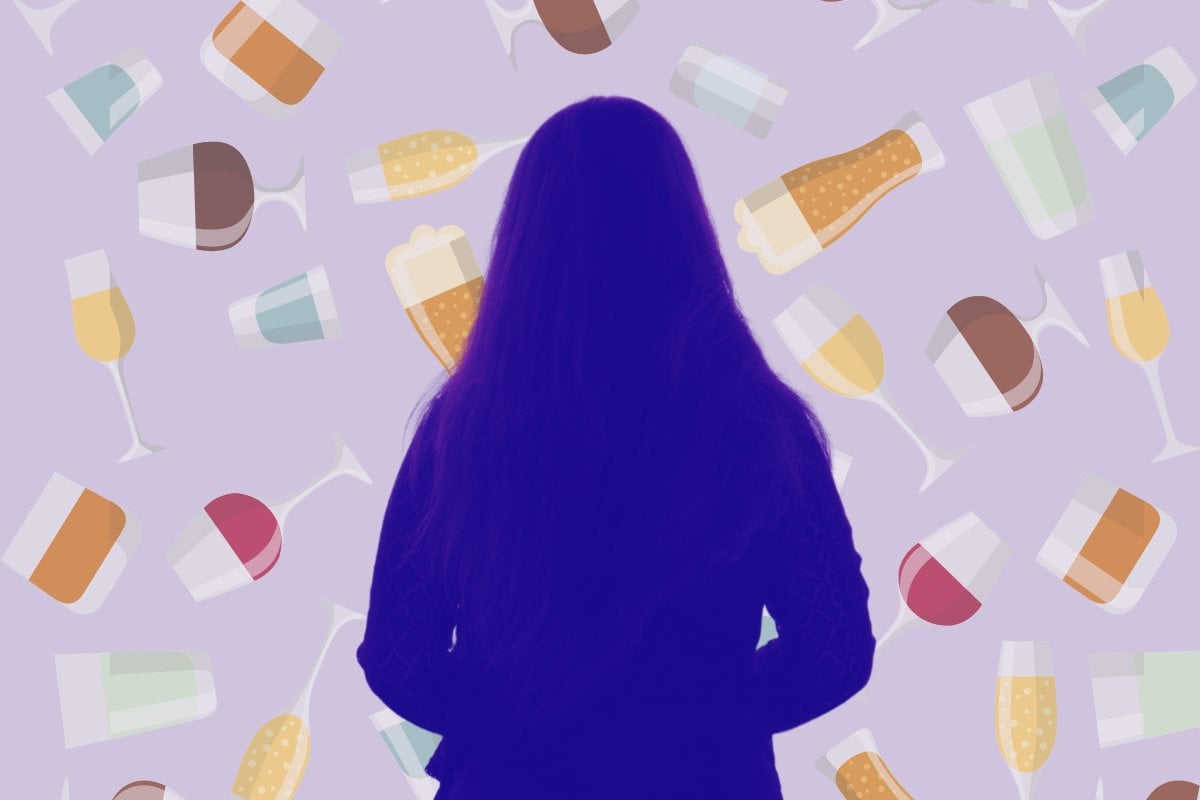 There are so many reasons why people decide to rethink their relationship with alcohol. For some, it’s the desire to feel healthier and get better sleep. For others, it's to save money or stop the spiraling hangover anxiety.

Some people are yearning for deeper self-knowledge, improved relationships, and to take back control of their lives.

With those that decide to quit, there’s sometimes a definitive moment that makes them say, enough is enough,

For me, it was December 29, 2019. I had got more drunk than ever before and said some awful things to someone I truly didn't mean.

I knew I had to stop drinking then and there or else risk pushing away the people I cared about the most. I haven’t drunk since and it’s changed my life profoundly.

It’s important to note though, that there needn’t be a low point or drunken disaster for you to want to quit drinking. You don’t have to wait until you’ve hit rock bottom to say goodbye to alcohol.

You can start a sobriety journey - or make the decision to cut back - at any life stage, for whatever reason, without ever having a toxic relationship with it or an unhealthy event as the catalyst.

Here 17 women share the moment they decided to quit drinking.

"Like many women, I was a part of a culture that went a step further than normalising dangerous drinking behaviours; it glamorised it. Unsafe drinking was just that for me: unsafe.

"I realised I didn’t need alcohol to add value to social settings and coming to accept myself as 'fun' without it has improved every aspect of my life."

"I fell pregnant with my daughter when I was 31 and stopped drinking as soon as I found out. My life all of a sudden just went still. It was calm. I wasn’t even in a relationship with her dad but I felt fine.

"Later on I realised I had masked anxiety with alcohol and so when I stopped drinking, everything fell into place.

"My weight stabilised (I had previously had an eating disorder in my teens), relationships blossomed, and I saved money.

I exercised, I slept and I looked younger than I ever have. So basically getting accidentally pregnant saved me."

"From about 18 I knew I would eventually give up alcohol. I was a party drinker with the occasional blackout. I never even drank at home or had wine with dinner.

"I knew if I wanted to have a successful, fulfilled and happy life I'd need to give it up. So after one blurry night out, I woke up the next day and said 'I'm done'. I still go out and party, the only difference is I'm in complete control, I can drive myself home and I haven't had a hangover since."

"I gave up drinking for good when I got tired of hating myself. I was sick of the four-day hangovers, the 'sorry' texts on a Sunday, and being unreliable. Every time I drank it ended the same way. I tried every drinking strategy. I might have one good night then slowly my life would return to turmoil.

"One week my life could be going well, killing it at work and my relationships then I would have a drink and BOOM, somehow I had caused a hurricane of drama.

"Since giving up alcohol my life is drama-free. I’ve pursued dreams I avoided for so long and finally I feel empowered to trust my own decisions. Being able to choose not to drink isn’t a sacrifice, it’s a gift. Sobriety truly is a superpower that can transform your life."

A post shared by Its not me its booze (@itsnotmeitsbooze)

"I quit drinking and partying last year to focus on my business. Not drinking gave me the focus I needed to work on it and give it the attention it needs. It's now so much more successful than it was before. Cutting booze was an eye-opening experience for me."

"The last time I drank was pretty traumatic, I still don’t have the words to describe it. It was just one blackout too many. I had tried to quit before and it never stuck.

"This time it did. I'm 11 months sober and I am so grateful. Sobriety has changed everything for me - my life is so much more full and enjoyable because of it." 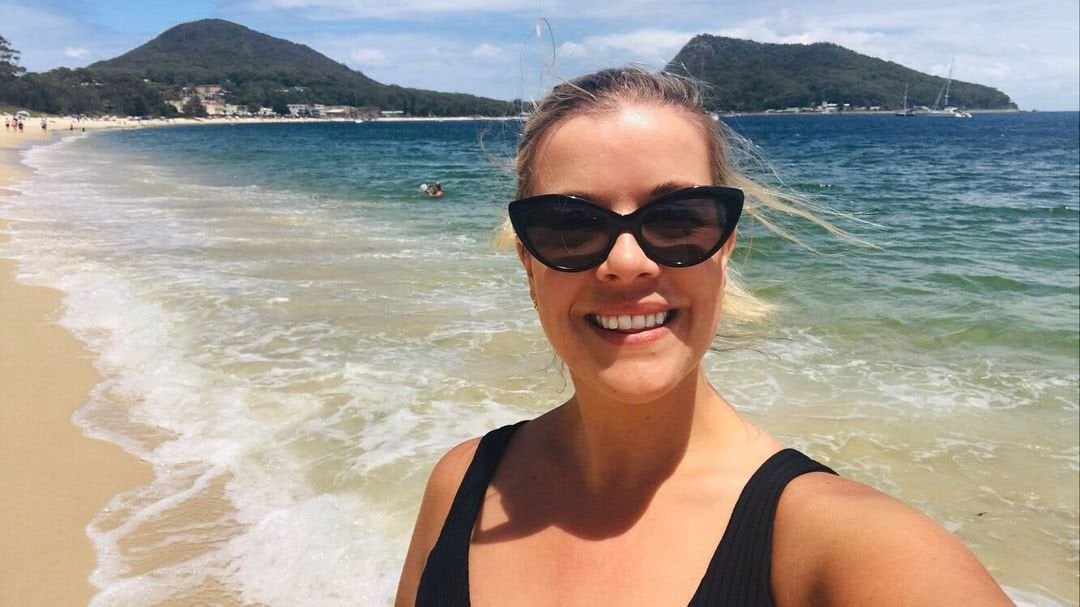 "I quit when I realised that every time I drank, a few days later my anxiety would be triggered. Every time without fail something that I could usually work through with a clear head would leave me crying and unable to cope.

"Also, it may seem mean but I cringe when I see the 'mummy wine time' or 'gin o’clock' posts. It’s a weird subculture that I found myself backing away from with an awkward grimace on my face. It’s kind of like a sorority and that makes me uncomfortable."

"I stopped drinking when I embarked on IVF. I never resumed drinking alcohol after my children either. My eldest is five and a half now."

"There were many moments that were mainly inspired by brutal hangovers and day-after anxiety but the day I stopped for good was after an afternoon of lunchtime drinking.

"I got an Uber home to my children so drunk that I don’t remember it. I fell over in front of my 10-year-old son, who put a bandaid on me and put me to bed. It was six pm. I live a healthy, successful life. Beautiful family, great job and an incredible love of life.

"But I’d been conditioned to recharge and relax using alcohol despite the detrimental effects on the amazing life I have.

"My last drink was during a weekend away with friends. I wasn’t feeling amazing, and I tapped into how my body was responding to alcohol.

"It suddenly didn’t feel so good, physically or energetically. I decided to have a month off alcohol but before the month was up, I’d decided to give up for good. Best decision I’ve ever made. I have now been sober for 20 months."

"Being a solo mama with my then two-year-old, I realised I was drinking half a bottle of wine a night. One morning I woke up after a crappy night of sleep.

"I went to work with a headache and was super dehydrated. When I got home, I emptied the rest of the bottle of wine and decided then not to drink anymore. I could not be the best version of myself or be there if anything happened to my girl at night. Nine years on and I still don’t drink and I don’t miss it.

"Alcohol played a big part in my upbringing in an Irish Catholic family - unhealthy relationships with alcohol were common."

"I’m the daughter of an alcoholic mother and father. I’ve always disliked alcohol, the effects and what it makes people do. I found my mother passed out on the beach and my two-year-old sister screaming when I was seven years old. It still haunts me.

"As I got older these moments became more and more frequent and I’ve always hated being around drinkers (I still do). When I got to legal drinking age, I partied hard and was on the same road to alcoholism.

"My now husband helped me regulate my intake at parties and it went on this way until I turned 30 when I fell pregnant. I quit drinking the day I found out and decided I wanted a different life for our daughter.

"I’m still breastfeeding so it’s a great excuse during social occasions but I know I won’t touch it ever again. I will be two years sober in July and I honestly feel the best I’ve ever felt.

"I haven’t told many people about my decision to continue sobriety after breastfeeding but that’s my plan."

"Alcohol was fun until it wasn’t. Until I started using it for an escape and a coping mechanism to destress from the day. It became totally normal for me to absolutely hate Mondays and Tuesdays, for my stomach to constantly be messed up and for me to piss off my boyfriend on a weekly basis.

"I think the moment I realised how much it was destroying me was when someone challenged me to look myself in the mirror and say 'I love you'.

"I couldn’t do it, I avoided my own eye contact and when I finally mustered the courage to look myself in the eyes, I burst into tears because I hated the girl looking back at me.

"It was that day I asked for help and started an alcohol-free life. It hasn’t been a straight road, there have been bumps along the way but I’m getting there. And now, I look myself in the mirror every morning and whisper 'I love you'."

"I quit drinking four or five years ago. I was due to have surgery, and I just wanted to go into it with a clean slate. I didn’t want anything to interfere with the surgery itself, the success of it, or my recovery.

"After that, I just couldn't go back. I didn’t enjoy the feeling of being drunk."

"I'm 39 years old and I have been sober since my mid-20s. I was diagnosed with Bipolar Type 2 in my early 20s and PTSD from childhood sexual abuse.

"I was using alcohol in social settings to get ‘high’ and be the life of the party. I quickly worked out that I could not have a 'quiet' drink. One always turned into more.

"I went through a court case against my abuser and the day I stood in court and read my victim impact statement was the day I decided I would not drink again.

"I was determined through huge lifestyle changes to get off my medications, get fit, healthy and leave the past behind. That included alcohol. I haven’t touched it since."

"The moment I went sober was the day after I got so drunk at a work Christmas party that I wet my pants, but still thought I could drive home.

"My finance was so upset that I could have killed myself driving and the hangover and shame was enough to put me off drinking. I'm 18 months sober now."

For more alcohol-free stories, check out the links below.

"Fall in love with it from the first sip." The 5 greatest non-alcoholic wines to add to your drink-list.

'How do I know if I have a problem with alcohol?' These are the 5 questions to ask yourself.

'It got to midday on Boxing Day.' How Shanna realised she was an alcoholic.