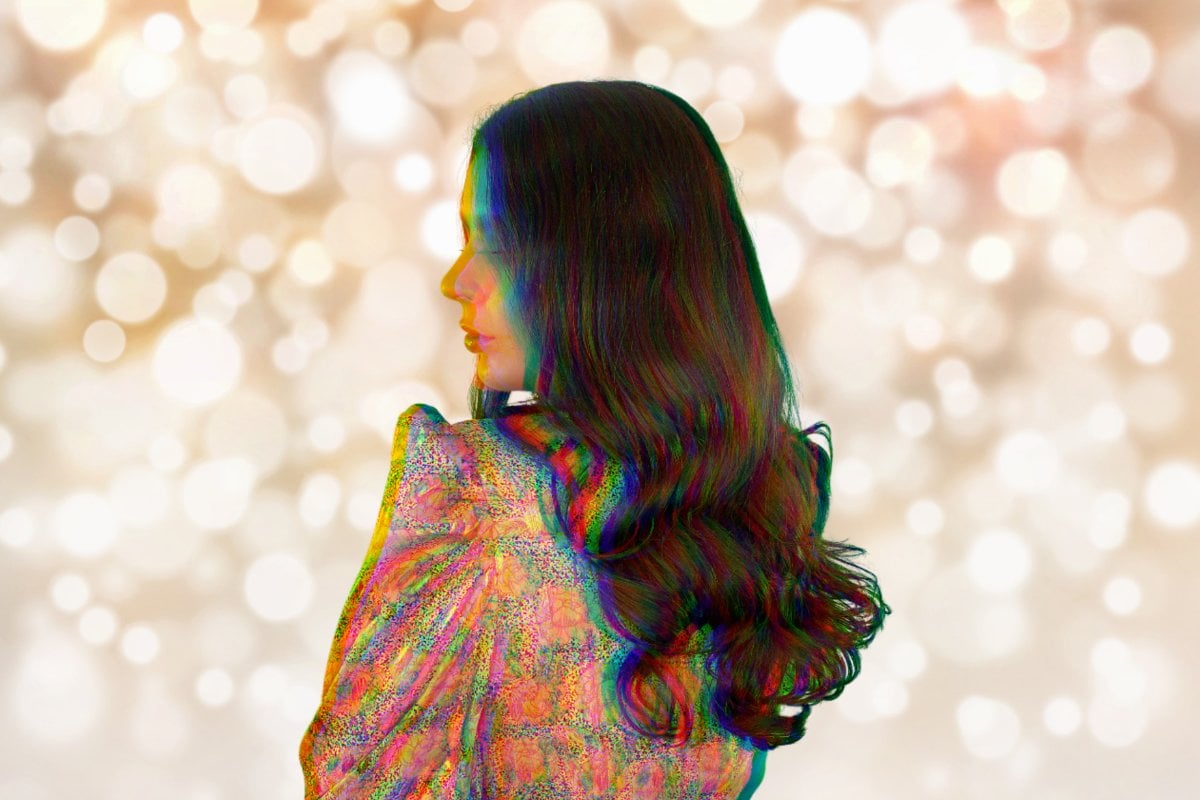 When I say that I’m sober, it doesn’t mean I was an alcoholic. I wouldn’t say I ever had an addiction to alcohol. For me, being sober isn’t defined by what you’re sober from, but it’s more about the headspace you’re in now.

By definition; sober means ‘not affected by alcohol’ - so for all intents and purposes, I’m sober. I don’t drink anymore.

Just this week, The National Health and Medical Research Council (NHRMC) released new guidelines around alcohol consumption. Under the recommendations, they suggested adults should drink no more than 10 standard drinks in a week and no more than four in one day.

Retrofitting these guidelines onto my previous drinking habits makes it pretty clear that my behaviour was unhealthy. I don’t think I ever had just 4 drinks in one day and definitely wasn’t sticking to the 10 a week suggestion either.

When everyone around you is doing the same thing and drinking the same amount as you, it’s difficult to take a step back and critically think about what you’re doing and why you’re doing it.

Drinking was such a habitual thing for me and the cornerstone of most of my social life. If there was a brunch I was going to, it was probably boozy, if I was catching up with a friend, we were catching up over drinks. Alcohol gradually became something that facilitated most of my social interactions. 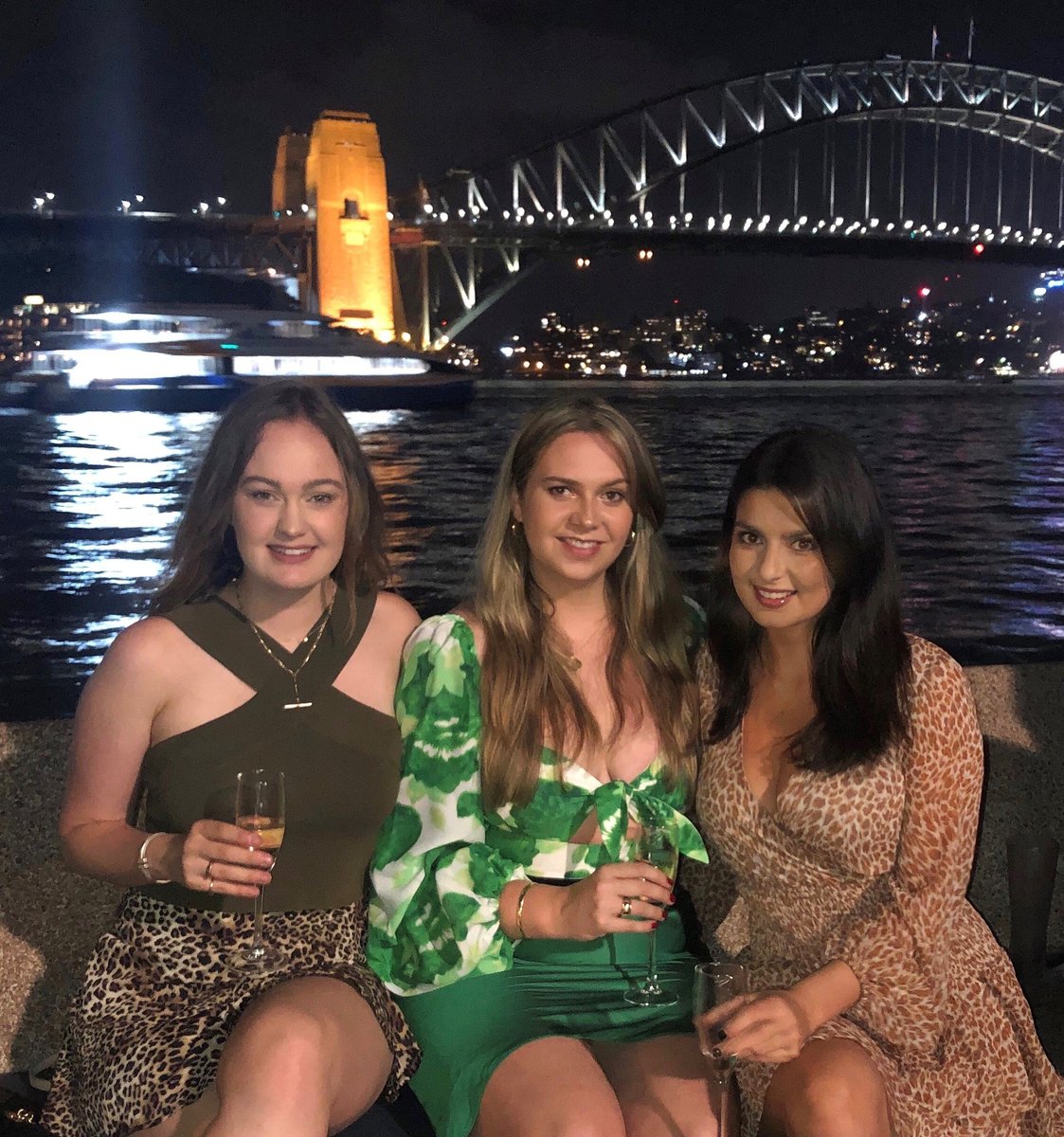 Nights out were always with a glass in hand. Image: Supplied.

I had been subtly brainwashed by society that I wasn’t making the most of my weekends unless I was out drinking.

I had told myself things like ‘this is what your 20s are for’ and ‘go big or go home’. The concept of going out and not drinking seemed completely pointless to me. I was an all or nothing type of person and couldn’t bring myself to ‘only have a couple.’

I had even convinced myself that I had social anxiety.

I felt nervous before going to social events and gatherings where I didn’t know many people but was comforted in knowing that after a few drinks, conversation would flow and all the pressure would fall off.

Thinking about that from the other side now, I was so mistaken. The thing is, I’m a naturally outgoing person and far more extroverted than I gave myself credit for.

The problem was that I had never given myself a chance to go to these events without drinking so I just assumed that it would be more daunting than it actually would have been.

My worst fear back then was that someone would think that I was god forbid ~boring~, so I drank to dispel those thoughts and put on this facade of the confident self-assured person who could talk to anyone.

The ironic thing is, drunk people are quite often the boring ones.

Sorry to generalise, maybe I should just say drunk me was boring. Have you ever tried to have a decent conversation with someone who is wasted?

Either one of two things happen: 1) you partake in meaningless small talk but you don’t care because you’re drunk or;

2) You share way too much information too quickly with people you don’t know under the guise of having a ‘deep and meaningful’ but let’s be honest you will never see those people again and they probably don’t care about your issues.

Point is - I was ready to break the toxic and habitual hold alcohol had on my life.

I was exhausted by being constantly pulled by the ebb and flow of the drunk/hangover cycle. I wanted to take back ownership of my life. 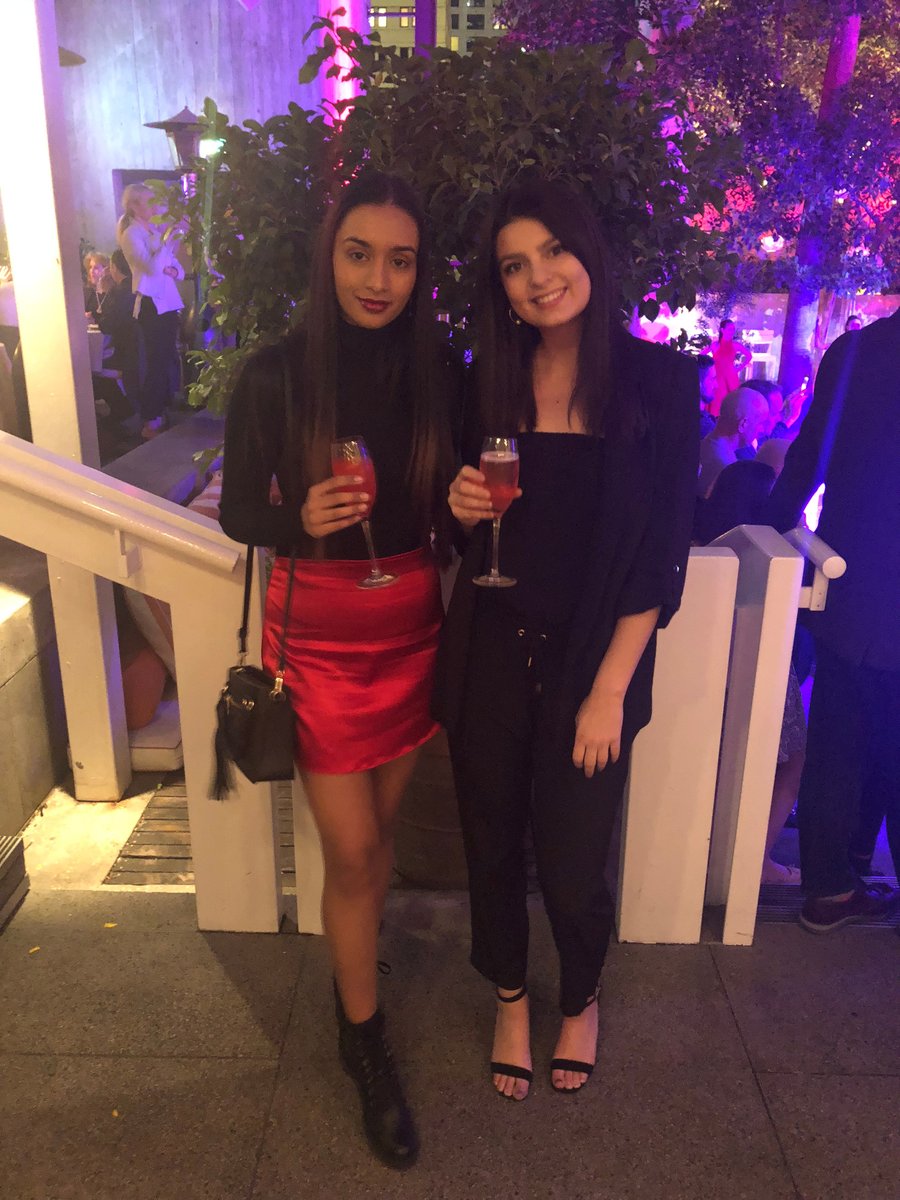 Initially, giving up alcohol was ego-destroying. When you realise that for 10 formative years of your life, you were only engaging in ‘performative fun’ and your social life was defined by nights you don’t remember - you’re jolted into an awareness that your identity isn’t truly your own. And that is ego-destroying.

Why? Because whenever you quit something, you’re forced to acknowledge that you previously weren’t your ideal self.

Everything you thought you were, everything you had built in your life - your friends, your social life, your sense of self had been shrouded in this big lie.

That we were all having fun.

That we were having the time of our lives.

That we were all happy.

I can’t speak for my friends but I say ‘we’ because I really do think that others around me felt this way too and we were all kind of just lying to each other that we were having fun because it requires less discomfort than exploring the alternative.

Or maybe we were all just collectively trapped and were unwilling victims in this lifestyle everyone else seemed to be living and enjoying.

For me, a wake up call came last year right after the festive season.

December meant a social event every weekend in the name of Christmas catch-ups, office parties and summer BBQs. Alcohol is so culturally embedded and normalised all year round, but the festive season is a whole different beast.

During December, there’s a huge amount of expectation to go out more. Everyone is always so busy, calendars booked out until the big day. 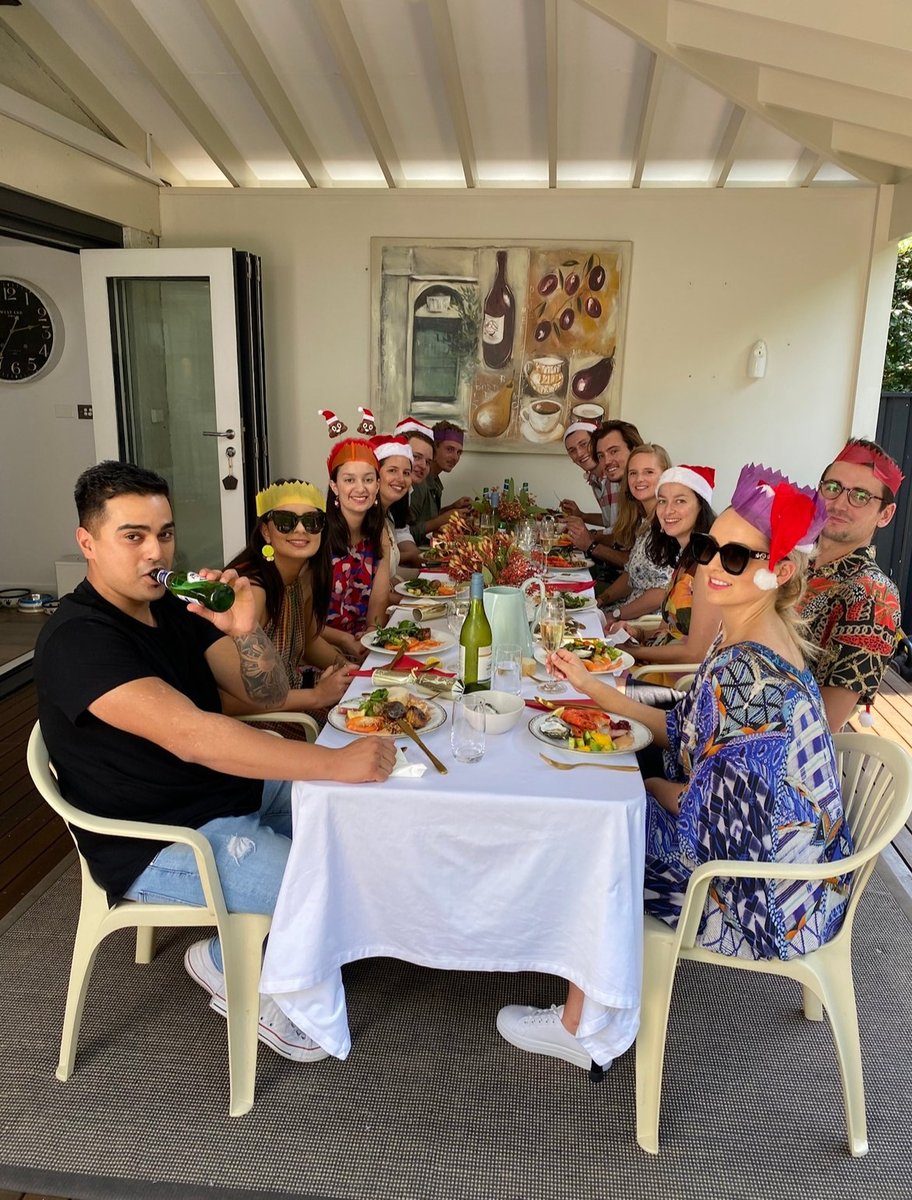 Last Christmas was no exception. I drank and partied my way through the silly season, upholding a semblance of joviality.

I was acting in accordance with the well-established social code around this time of year that dictates that Christmas is synonymous with drinking.

The unspoken expectation governing Christmas parties is that you drink to celebrate and let off steam from the year that was. So that I did.

It wasn’t until Boxing Day that it all caught up with me. But instead of feeling sorry for myself, I took time to process and unpack the month that was.

The following year was the most interesting year of my life.

One of the most enlightening revelations was that I overcame the idea that I had social anxiety around parties and events. I never had social anxiety. I had just defaulted to alcohol as a security blanket and had built up this faux fear that I was an awkward person when I wasn’t.

During this year of not drinking, I was still socialising as much as I always had (apart from during lockdown) but now I was actually enjoying it, and enjoying it more.

I think of it like this - when you take alcohol out of the equation, you’re forced to make your own fun.

This leads to more fulfilling social interactions where genuine connections are more likely to unfold.

If you have a healthy relationship with alcohol, then by no means am I suggesting you should give it up. I mean, we can always be more mindful with our drinking but if you’re in control of it then there’s no reason to cut it out. You do you.

Cutting alcohol out of my life was the best thing I’ve ever done and as it currently stands, I’m not planning on ever going back to it. I feel more stable, confident and happier than ever.

This year, I’m ready to face my first festive season sober. Everyone I’ll be spending it with knows that I don’t drink so I won’t have to face all the normal questions around why I’m not drinking.

I’ve also made sure to seek out and suggest catch-ups that don’t revolve around drinking and I have an amazing network of people around me that are supportive and enthusiastic about doing these things too.

Going into social settings will no longer be an anxiety-inducing prospect but something I’m actively looking forward to this Christmas.

I’m backing myself 100 per cent and I know that I’ve chosen a path forward that will better serve me and the type of life I want to lead. I’m choosing the long game instead of the quick dopamine hit.

The wine might be gone but so is everything that comes with it.

Reply
Upvote
Really good article.  I know many people well into their 30s and 40s that can't attend any type of social function without getting drunk.  The thinking that socialising = drinking to the point of being drunk has become really ingrained.
For me the hangover from getting drunk was never worth any supposed fun that came from being drunk (especially once there were kids to look after in the morning), so I became accustomed to either not drinking at all, or stopping after 1 or 2.  I've never felt like I missed out.
News
General
Opinion
True Crime
Politics
Sport
Explainer
Entertainment
Celebrity
Reality TV
Movies
TV
Books
Rogue
Royal
Lifestyle
Beauty
Fashion
Weddings
Home
Wellness
Health
Fitness
Travel
Food
Parents
Before The Bump
Pregnancy
Baby
Kids
Teens
School
Parent Opinion
Work & Money
Money
Finance
Career
Lady Startup
Relationships
Sex
Dating
Separation
Friendship
Family
Real Life
Couples