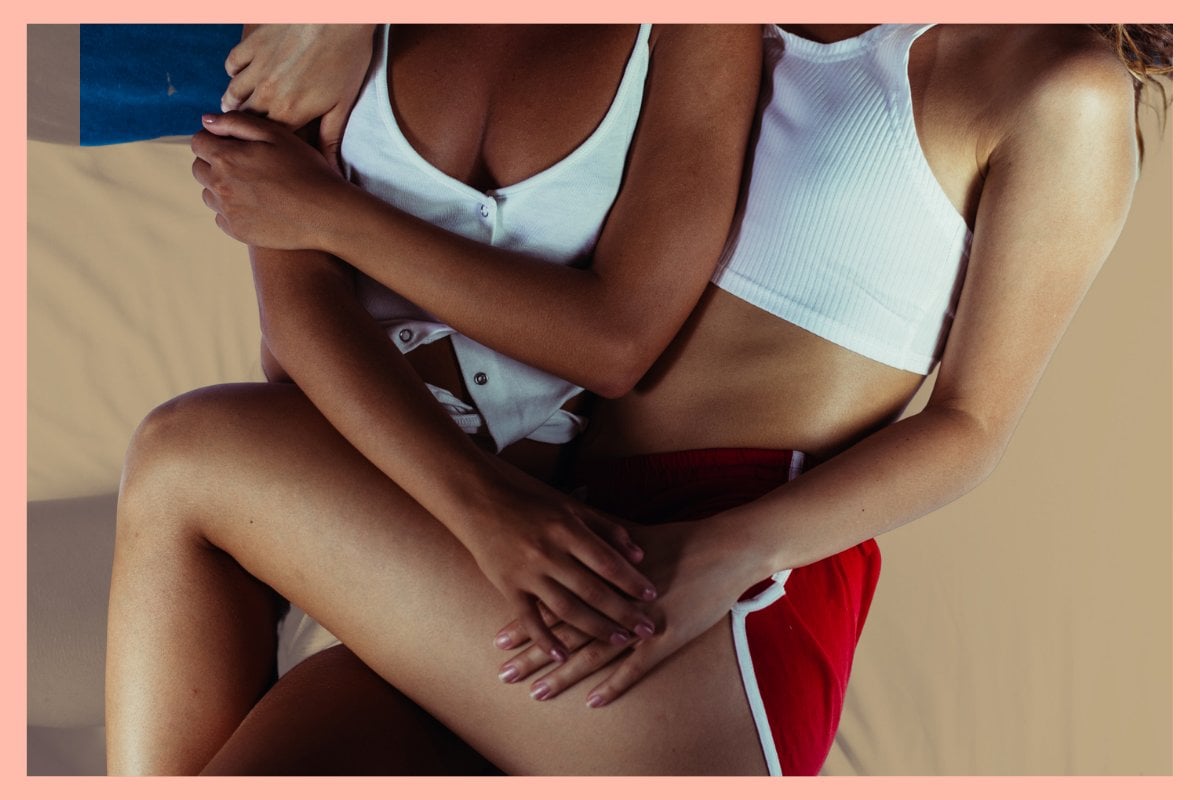 How much sex are you having?

Actually, don't worry, because we have a sneaking suspicion we might know the answer anyway.

Earlier this year at Mamamia, we conducted a survey where over 1000 women let us know the reality of their sex lives.

But today, we're focusing on how what age group is getting the most action - and the results are very interesting to say the least.

Perhaps surprisingly, one in two respondents are having sex at least once a week across all age groups - excluding 35-39 year olds and women over 60, where only 14.3 per cent of women are getting it on weekly. 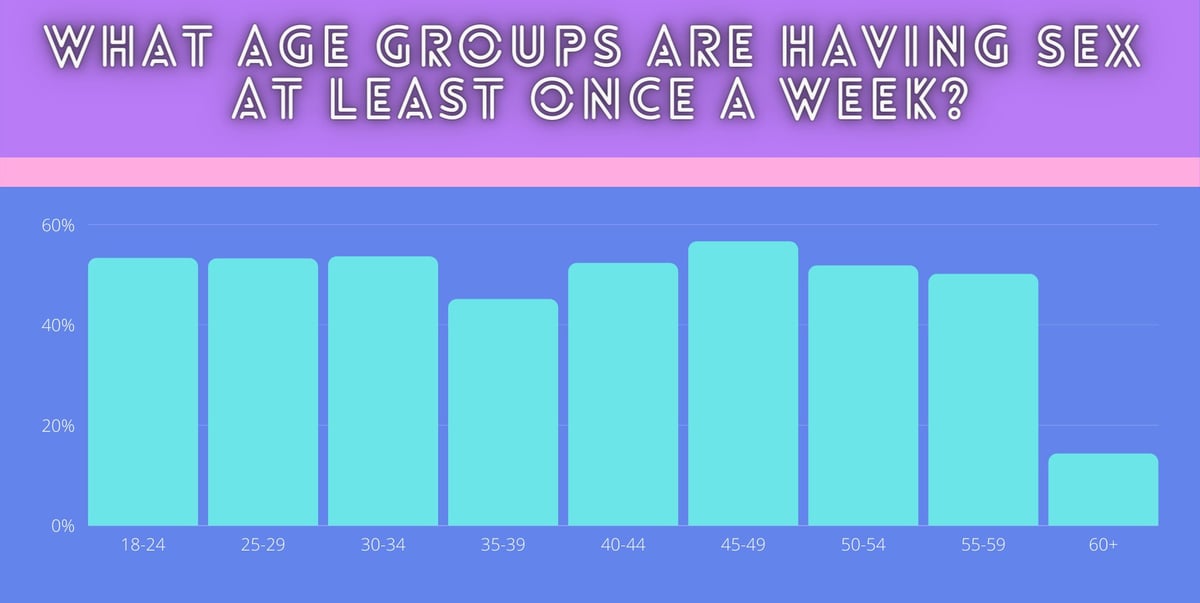 The group recording the most sex is 45-49 year olds (get it ladies!), and the age group getting the least are women over 60, swiftly followed by 35-39 year olds.

Women aged between 18-34 have fairly similar bedroom habits, getting it on more than once a week on average, before a temporary sex drive drop off between the ages of 35-39 (which just so happens to be when lots of women become parents).

Oh, but you'd like a full age-by-age breakdown, wouldn't you? Well, you can check out our full stats below. 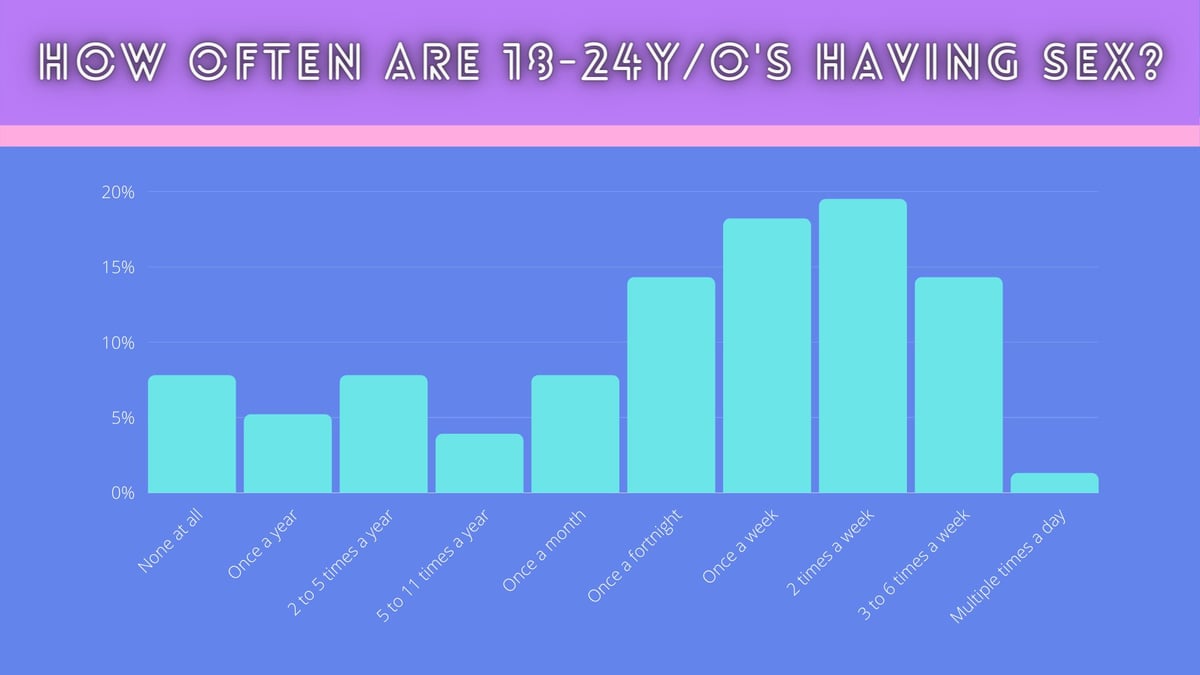 As it turns out, there's no "normal" amount of sex amongst our very diverse 18-24 year-old audience with 7.8 per cent getting absolutely no sex at all, and the largest group of 19.5 per cent fitting it in twice a week

Oh, and three out of four 18-24 year olds are having sex at least once a month. 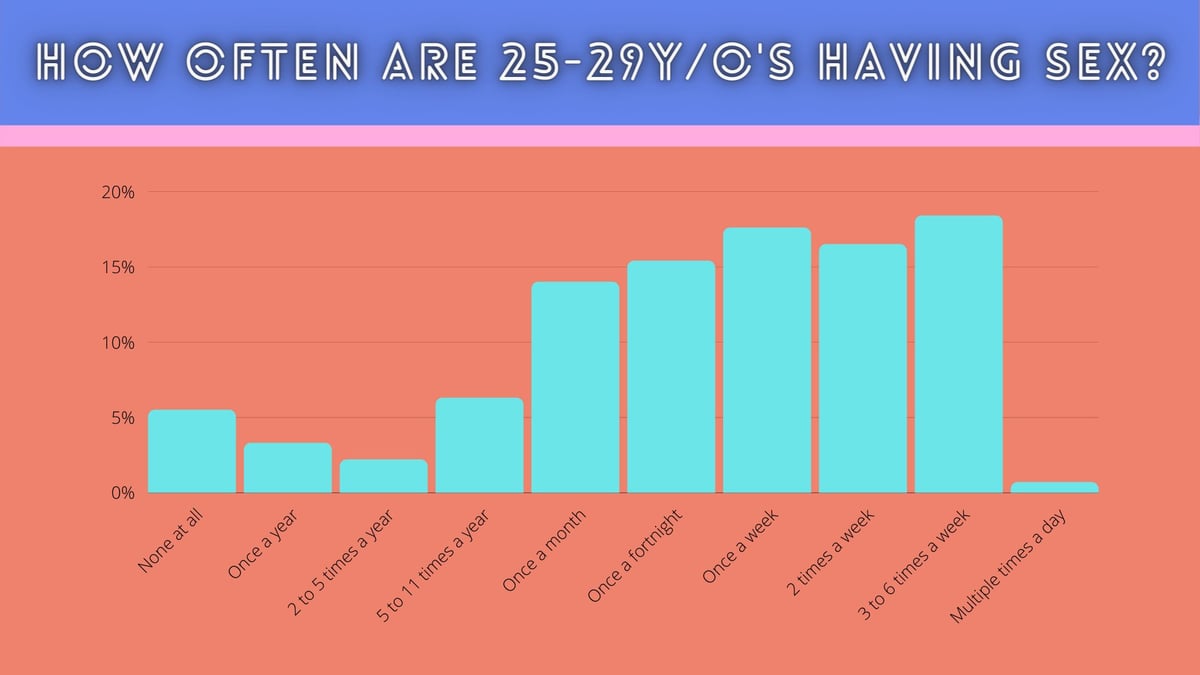 Are we surprised? Not particularly. 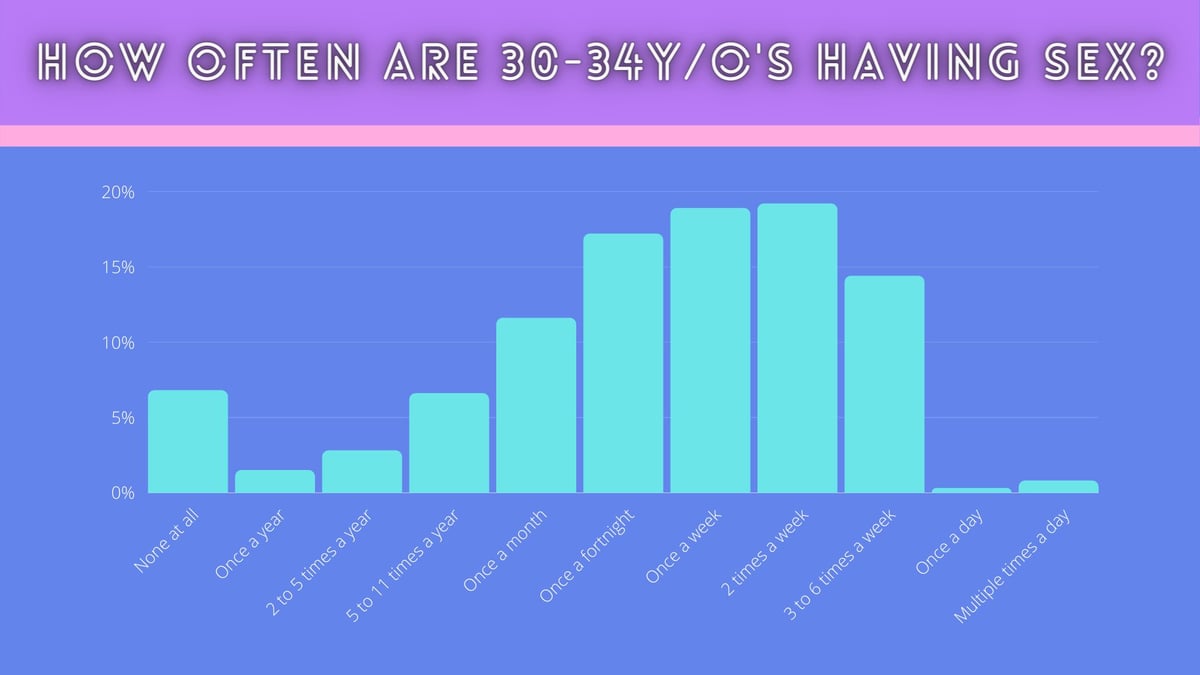 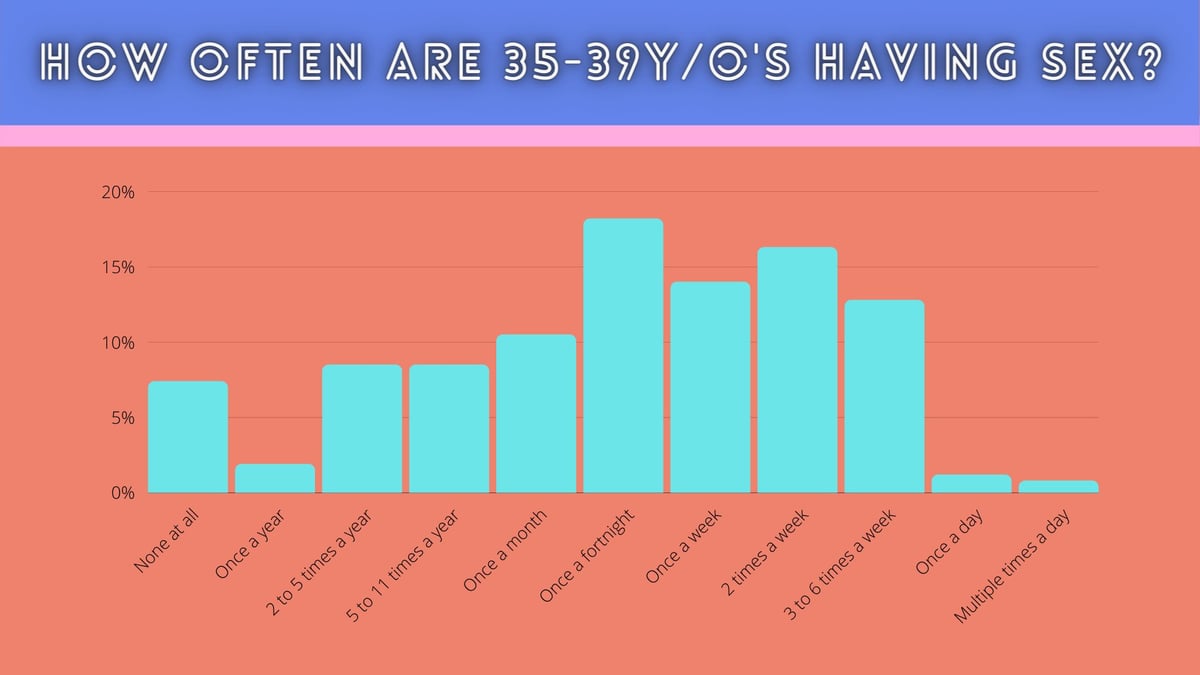 7.4 per cent of 35-39 year-olds are having absolutely no sex, but unlike other groups are on average fitting in sessions once a fortnight.

73.8 per cent are getting it at least once a month which still sounds like a lot, but is ten per cent lower that their 30-34 year old friends. 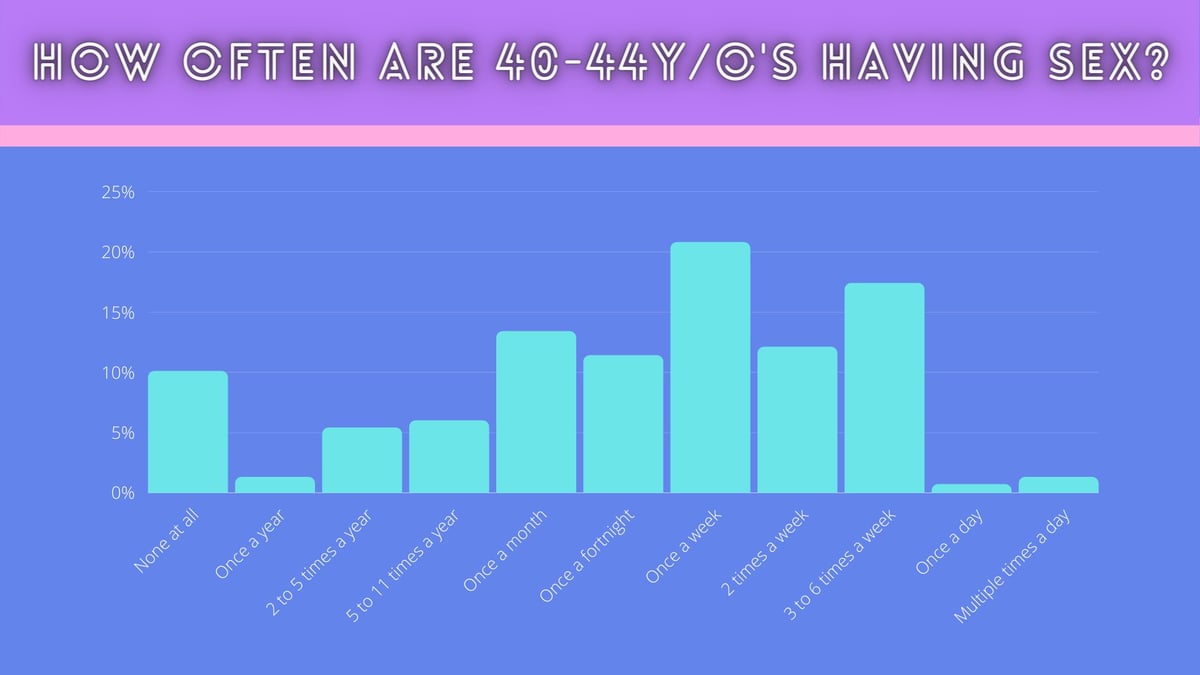 77 per cent of 40-44 year-olds are getting it more than once a month with the average group fitting in one sex sesh a week. 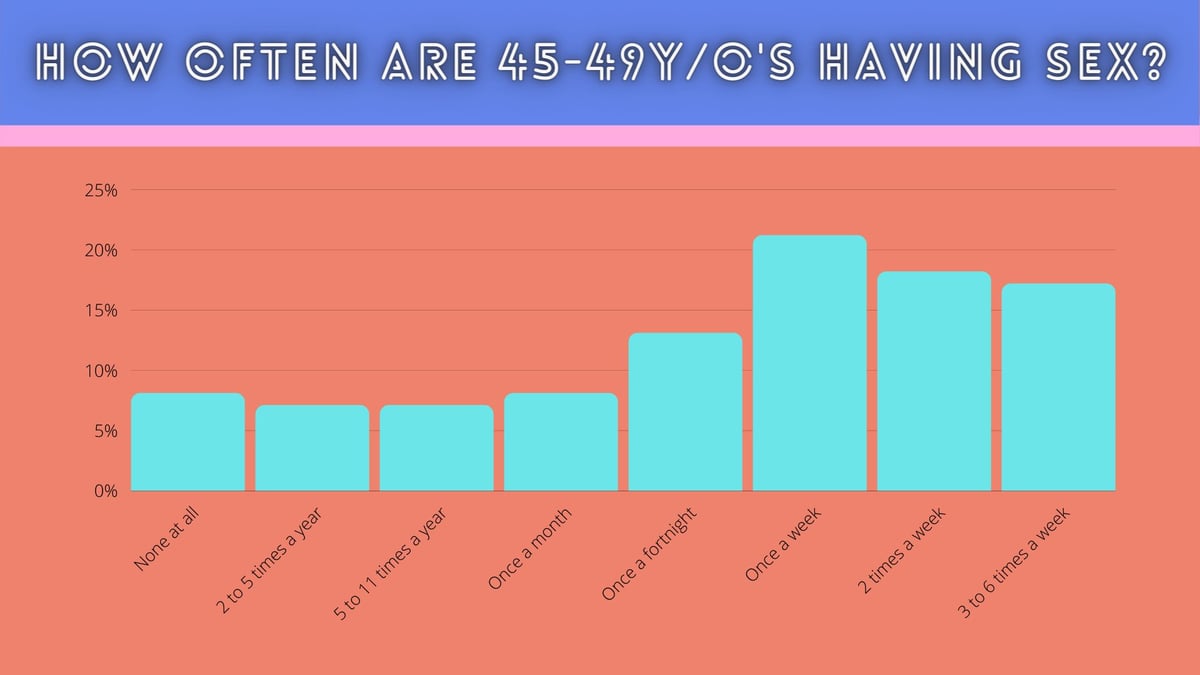 Like their 40-44 year old friends, 45-49 year olds are fitting in sex once a week on average, with eight per cent of women never having sex. 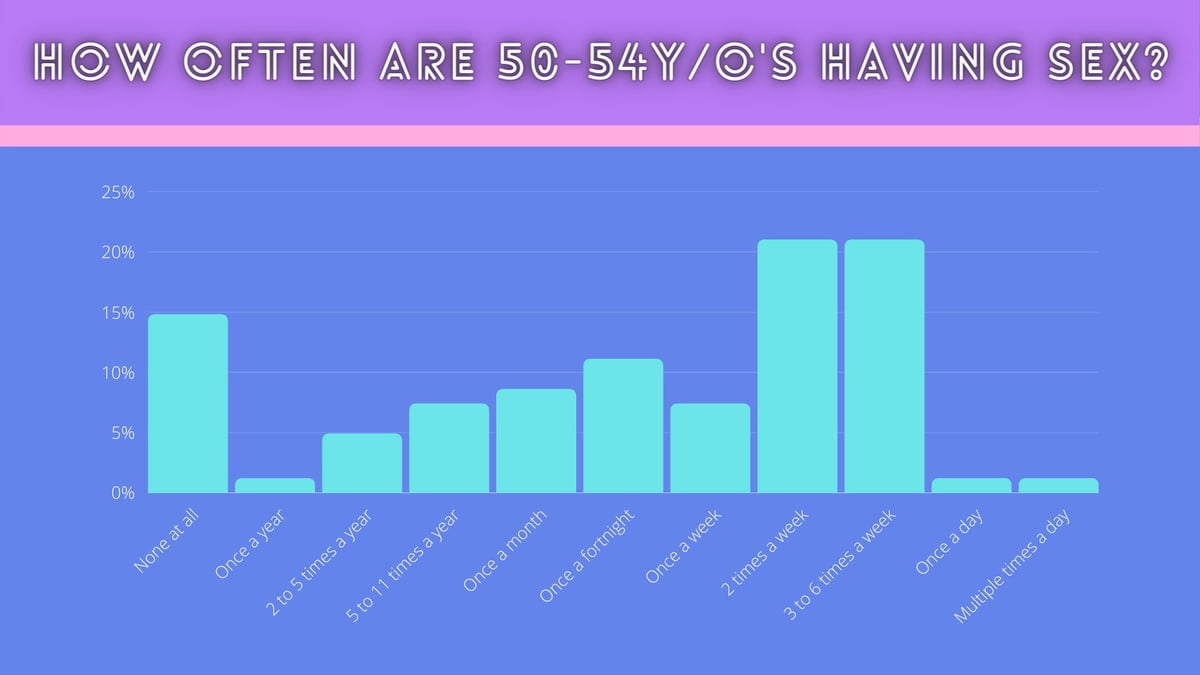 Just under 15 per cent are having no sex at all, but most women are fitting it in two to six times a week.

And then there's the lucky few fitting it in multiple times a day.

We're so here for it. 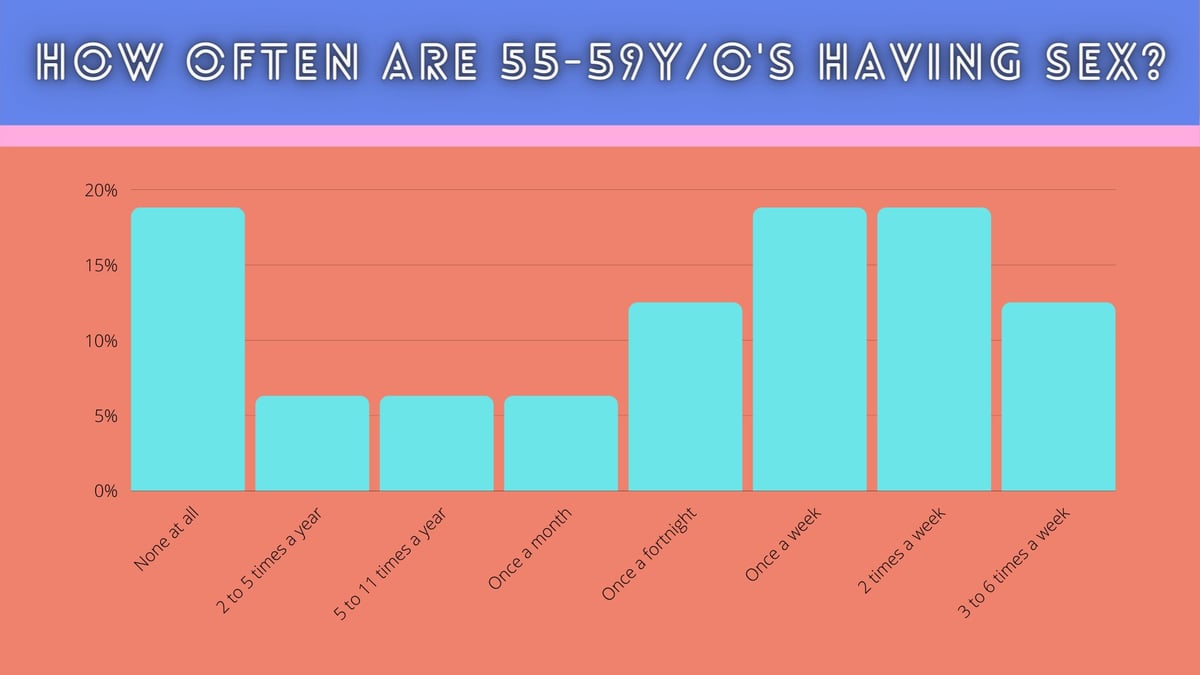 About one in five 55-59 year olds aren't having any sex, which is just as many people who are getting it once (and twice!) a week. Interesting.

68 per cent are fitting in a sexy session at least once a month.

How often are 60+ year olds having sex? 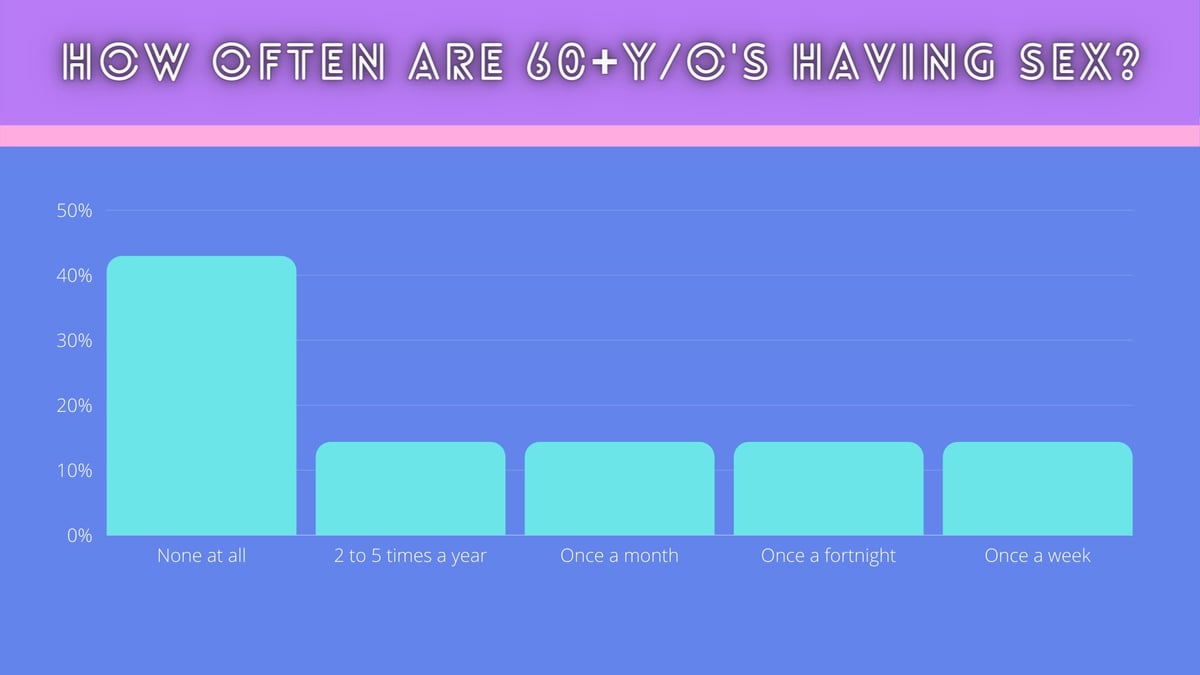 Now, it's pretty important to note that the number of ladies aged 60 and older that responded to Mamamia's sex survey was fairly limited.

But, our statistics show that most of our 60+ friends aren't having any sex.

The other ladies are equally split between two and five times a year, once a month, fortnightly, and weekly.

What age group do you fit in to? Do these results surprise you? Let us know in the comments below!

Now, it's pretty important to note that the number of ladies aged 60 and older that responded to Mamamia's sex survey was fairly limited.

But, our statistics show that most of our 60+ friends aren't having any sex.