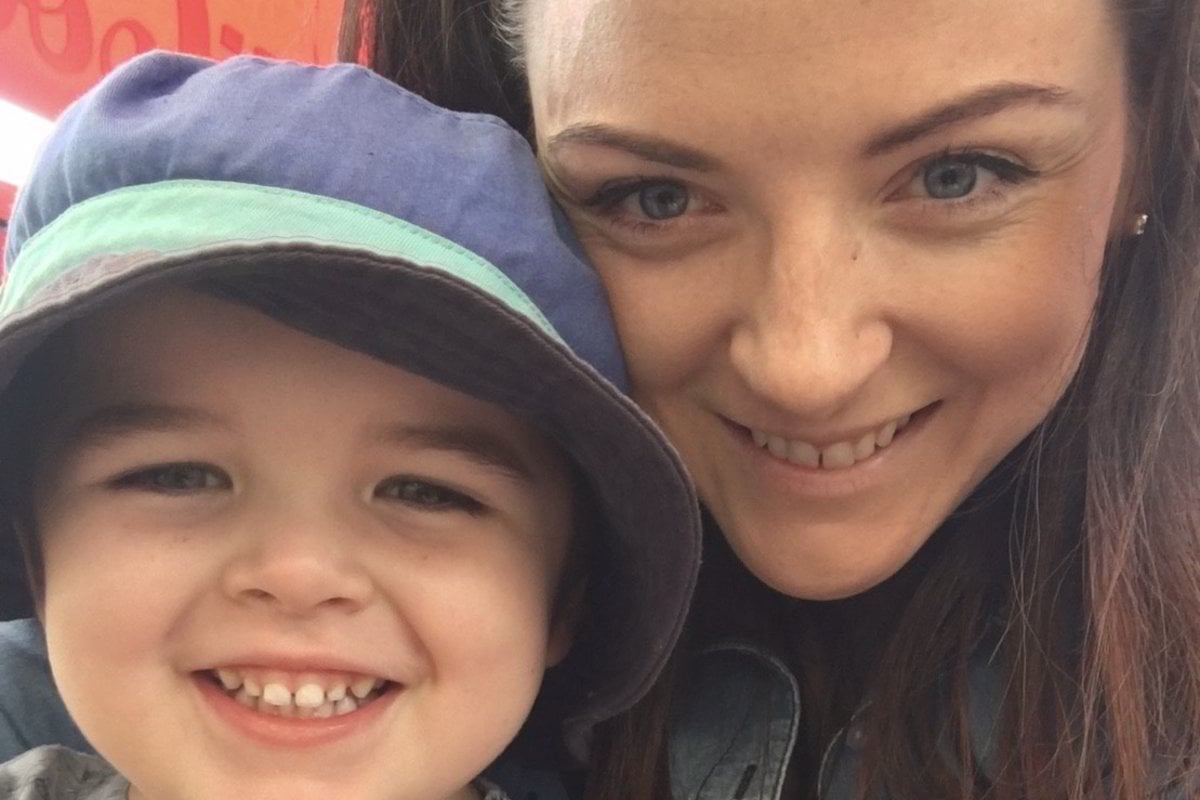 I get asked this question at least twice a week and several times at every children’s birthday party I attend, so let’s say it’s close to 200 times a year.

This question is met with a well-established and rehearsed answer. I’ve honed it over the years for these inquisitive parents, family members and strangers who see (or know) that I have one child and assume I want more – because having only one child is weird, right?

Here’s a side note: I have given birth once. My son is six years old and I am stepmother to a 16-year-old son, so my family situation is of the blended variety. I recognise that 10 years between siblings is a long time and our teenager is certainly not attending children’s birthday parties, so on the surface, it could appear that my son is an only child.

When explaining my situation at birthday parties, I get nods of understanding, flavoured with “Who does he play with?”, or “Only children are spoilt,” or comments indicating people think I’m being selfish.

The Project co-host Carrie Bickmore joined the debate about whether it’s appropriate to quiz women about their procreation plans, after Stellar magazine announced it would stop posing that question during interviews with women.

In a column for the magazine on October 27, 2019, Bickmore said she was “conflicted” about the move and “could see both sides of the dilemma”.

While I welcome Stellar’s decision, the magazine needs to go a step further. Singles and newlyweds have grown wearily accustomed to being interrogated on their plans to couple up and baby up. That’s bad enough. But what about the bleary-eyed mother of one who is quizzed on exiting the maternity ward on when baby number two will be en route?

We need to stop grilling women about these deeply personal decisions and choices, and stop judging women’s credibility as mothers by how many children they have.

Besides, some women with “just” one child never had a choice.

Leila, a mum to six-year-old Xavier, says fertility issues prevented her from having another child. Would you like to hear Leila’s prepared response to the question she’s frequently asked? Of course, you would – even though it’s none of your business.

“We have tried, and it hasn’t happened again for us, so we are so grateful to have Xavier.”

Occasionally, at school pick-up, Leila, like many women across the country, bats off these questions about enlarging her brood.

“Sometimes you just laugh off the question, then other times you reveal you’ve had fertility issues to near enough strangers in the playground. You never get to share your story on your terms.”

Of course, it’s natural for people to be curious about these things. Love, sex, children – they make the world go round.

Laura Byrne chats to other mums about the reality of life after kids on Mamamia's new podcast, Me After You. Post continues below.

Bickmore argues that celebrities discussing their fertility issues “normalises [it] for the rest of us”. Yes, it does. It also normalises the right to ask the question in the first place. It makes it normal to ask a mother about her private life at school pick-up, birthday parties and even in the queue at Australia Post (this has happened to me on several occasions).

But what continues to bewilder me is that such intrusive questions are posed so freely, when the answers are so private, and that people openly judge us on our one-child situation.

“You wouldn’t know what it’s like to have two.” “You’ve got it easy with one.” “You haven’t had to sacrifice things, like mums of two have.” Just a few examples of the comments I’ve received.

Cue another bout of self-flagellation and another tumble into the whirlpool of parenting guilt. I assess other people’s families and wonder if I got mine completely wrong. Am I being selfish? Should I give my son another sibling?

But having experienced health complications during my first pregnancy, as well as post-natal depression, and coming from a blended family myself, I truly don’t know if I could risk my physical and mental health again. 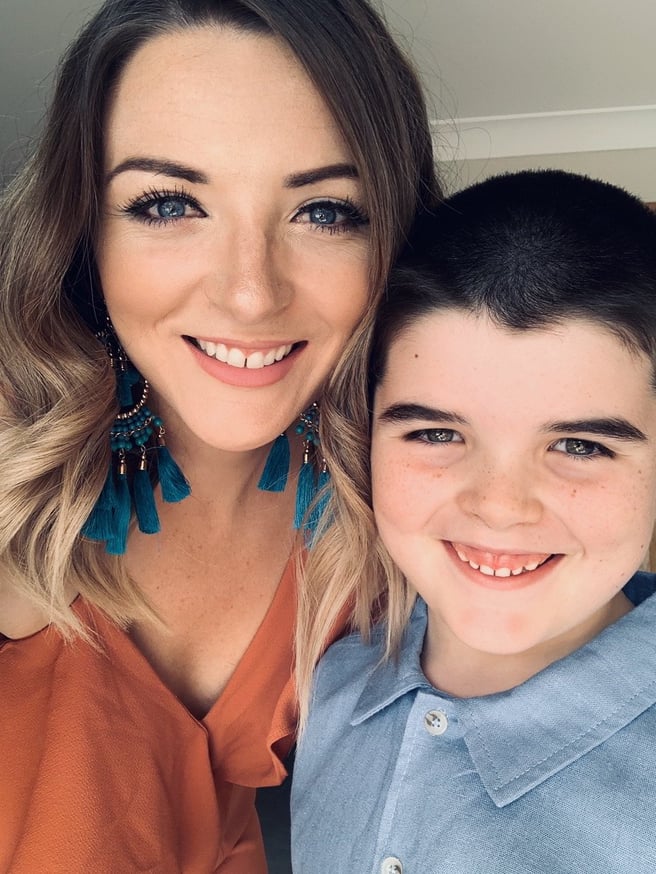 What about the dreaded 'only child' syndrome, people say? I know – how dare I risk turning my child into that stereotype that has been around since the 19th century? According to this stereotype, only children are selfish, spoiled, narcissistic, lonely, even weird. To which I reply, “Have you met a five-year-old?” They might not be lonely, but the rest I’m calling as early developmental traits for any human.

Only child syndrome is an outdated myth, but it still exists despite the rising number of one-child families across the globe. In Australia, the number of such families increased by 16 per cent to more than 1.5 million between 2006 and 2016, making this both the fastest growing and most common family structure in the country.

Now, let me answer a few of your questions.

Do I feel guilty that my son doesn’t have a live-in playmate? Yes, every day.

Do I have to work hard to entertain my six-year-old? Hell yes, since he doesn’t have a younger sibling I can shove at him and tell him to annoy them instead of me. I am his one playmate, 24/7.

Do I get pangs of guilt when my son says he wants a little brother? Yes, you can bet your mum-sized Sauvignon blanc on it.

Does having birthed only one child make me less of a mother than a woman with four kids? No. We are all mothers; it doesn’t matter how many babies have come out of our birth canal, or if none did at all, and anyway the size of my brood is none of your business.

But do you know what I treasure? The closeness that I have with my son, the ability I have to give him all my attention, and the opportunities I will be able to give him.

So, let’s stop making mums like me feel inadequate because we stopped at one. More importantly, let’s stop asking: “When are you having another one?”

Because your perception of someone not having enough children can be someone else’s reality of having it all.

Have you ever been asked if you're having another child? Let us know in the comments below.

Reply
Upvote
Maybe youre being too polite,maybe tell them just for them you will have another but youre going to hand it over for medical experimentation
T
tjmcki 2 years ago

Reply
Upvote
I’m 5 months into a very difficult pregnancy and at least once a week someone asks me if I’m planning on having more kids after this one. It was a miracle for me to even get pregnant and my husband and I are grateful to just be having a baby in the first place. I hated this question while going through fertility issues and I hate it now that I’m pregnant.
Resources
Very Peri
News
General
Opinion
True Crime
Politics
Sport
Explainer
Entertainment
Celebrity
Reality TV
Movies
TV
Books
Rogue
Royal
Lifestyle
Beauty
Fashion
Weddings
Home
Wellness
Health
Fitness
Travel
Food
Family
Before The Bump
Pregnancy
Baby
Kids
Teens
School
Parent Opinion
Work & Money
Money
Finance
Career
Lady Startup