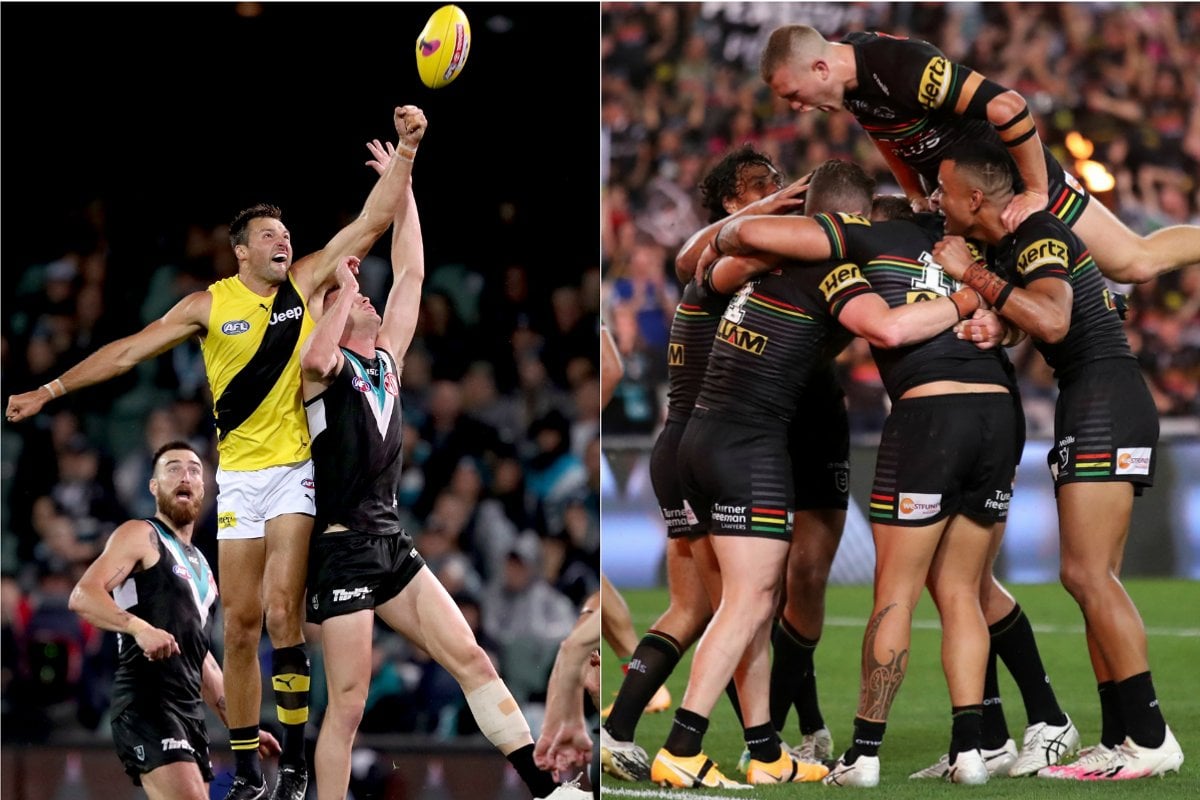 Pubs, police and paramedics are prepared. They know what this weekend will bring.

This weekend, domestic violence figures will probably surge and women and children - the most likely victims of family violence - will be at more risk of harm.

In case you didn't know, both the AFL and the NRL will hold their Grand Finals this weekend. They are typically a weekend apart, but the pandemic has shifted their schedules and they both now fall within just one day of each other.

At 6:30pm on Saturday, an umpire will bounce a ball in the centre circle of Brisbane's Gabba to signify the start of the long-awaited game between Richmond and Geelong. Whether in the crowd, in a pub or from their couch, millions of Australians will watch on, divided by what colour jersey they support.

Then, on Sunday, another Grand Final. This time, a referee will blow his whistle to kick off the NRL game between the Penrith Panthers and Melbourne Storm. Again, millions of Australians will find a television screen to watch the game, likely with a beer in one hand.

It will be a time of celebration for many, but for others, this weekend statistically brings with it danger.

In 2019, the NRL and AFL Grand Finals saw a spike in domestic violence incidents.

On AFL Grand Final Day, NSW saw an increase of 16.28 per cent of family violence incidents. Victoria experienced a 15.11 per cent increase.

A decade of Tasmanian Police data also shows family arguments and family violence incidents are 35 per cent higher on the AFL grand final, compared to other days.

They aren't isolated statistics. High-profile sporting days typically coincides with spikes in domestic violence.   Research from the New South Wales Bureau of Crime Statistics and Research reveals there is a 40.7 per cent average increase in domestic violence during the State of Origin matches each year.

No - sport doesn’t cause domestic violence. Rather, a complex cocktail of factors do. Research shows that the spike is not caused by the disappointment of a person’s ‘team’ losing, but rather other factors often associated with Grand Finals including alcohol, gambling and heightened emotions, according to the Queensland Centre for Domestic and Family Violence Research. 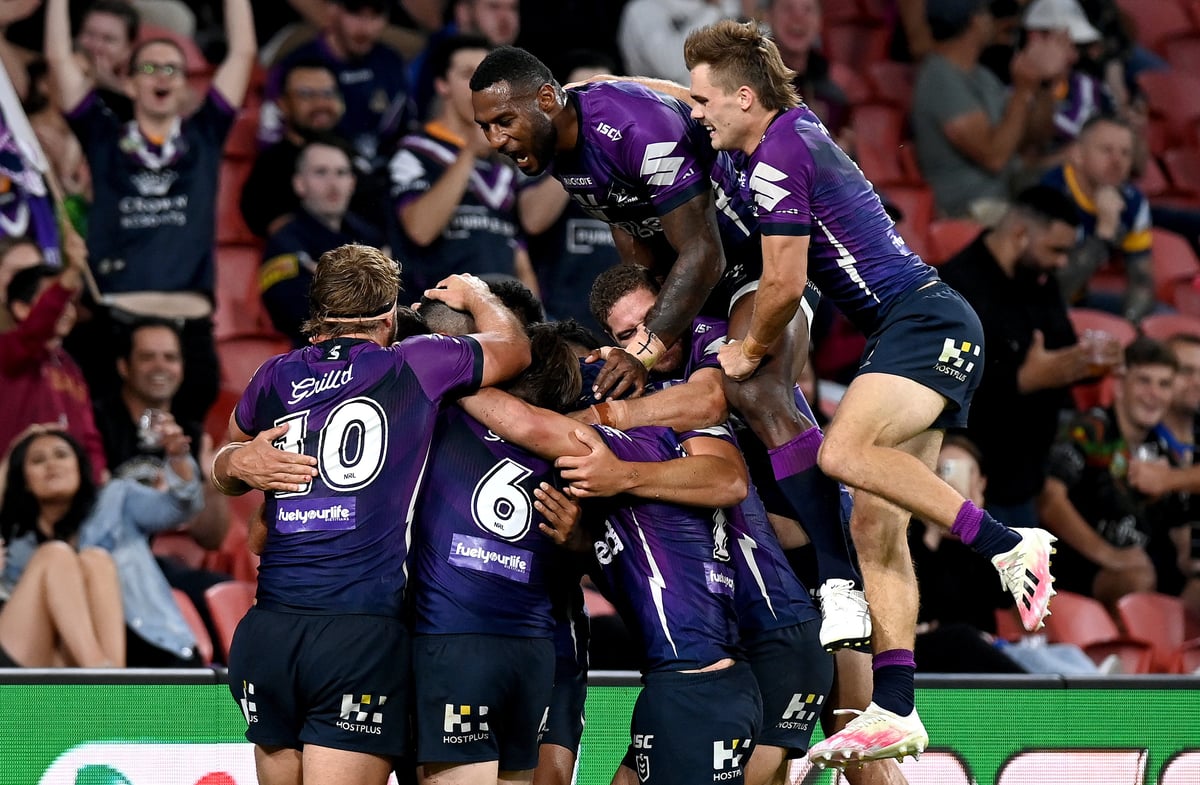 The Melbourne Storm will play in this year's NRL Grand Final. Image: Getty.

"Although these factors may exacerbate the violence, it is driven by gender inequality and the perpetrator’s need for power and control over their victim,” Patty Kinnersly, Chief Executive of Our Watch, said on Wednesday.

This year’s Grand Final weekend will come during a particularly complex time. According to the Australian Institute of Criminology, domestic violence is on the rise during the pandemic. They found that one in 10 women who are in a relationship experienced domestic violence during the first few months of the coronavirus crisis in Australia.

With Melburnians still under ‘stay-at-home’ restrictions, experts fear that the risk of violence may be even higher.

This year, No to Violence, White Ribbon Australia, 1800RESPECT, Our Watch and Respect Victoria have come together to encourage Australians to 'Play our Part' in preventing domestic violence in our communities.

"We may have competitive rivalries between our teams but all of us need to be on the same side against family and domestic violence and play our part in creating a safe future for all," Jacqui Watt, Chief Executive of No to Violence, said on Wednesday.

So what can we do? The ‘Play our Part’ campaign talks about the necessity to change the attitudes that lead to men’s violence against women.

“The more people choose to ‘call it out’ when a friend, colleague or family member acts or speaks disrespectfully about a woman, the less that behaviour will be seen as ‘normal’ and will eventually stop altogether,” Tracey Gaudry, CEO of Respect Victoria, says.

Reply
Upvote
2 upvotes
Should be safe enough in Melbourne.   The Victorian cops will be patrolling parks and outdoor venues with choppers and drones and door knocking homes suspected of hosting illegal gatherings.
S
snorks 2 years ago

Reply
Upvote
3 upvotes
Did you read the article? The danger lies within peoples homes; not random people on the [email protected]
L
laura__palmer 2 years ago

Reply
Upvote
4 upvotes
@guest2 Can you not make this about your personal beef with the Victorian lockdown? Your comment is completely irrelevant to what this story is about, not to mention offensive to the women and children who are in grave danger this weekend.
G
guest2 2 years ago