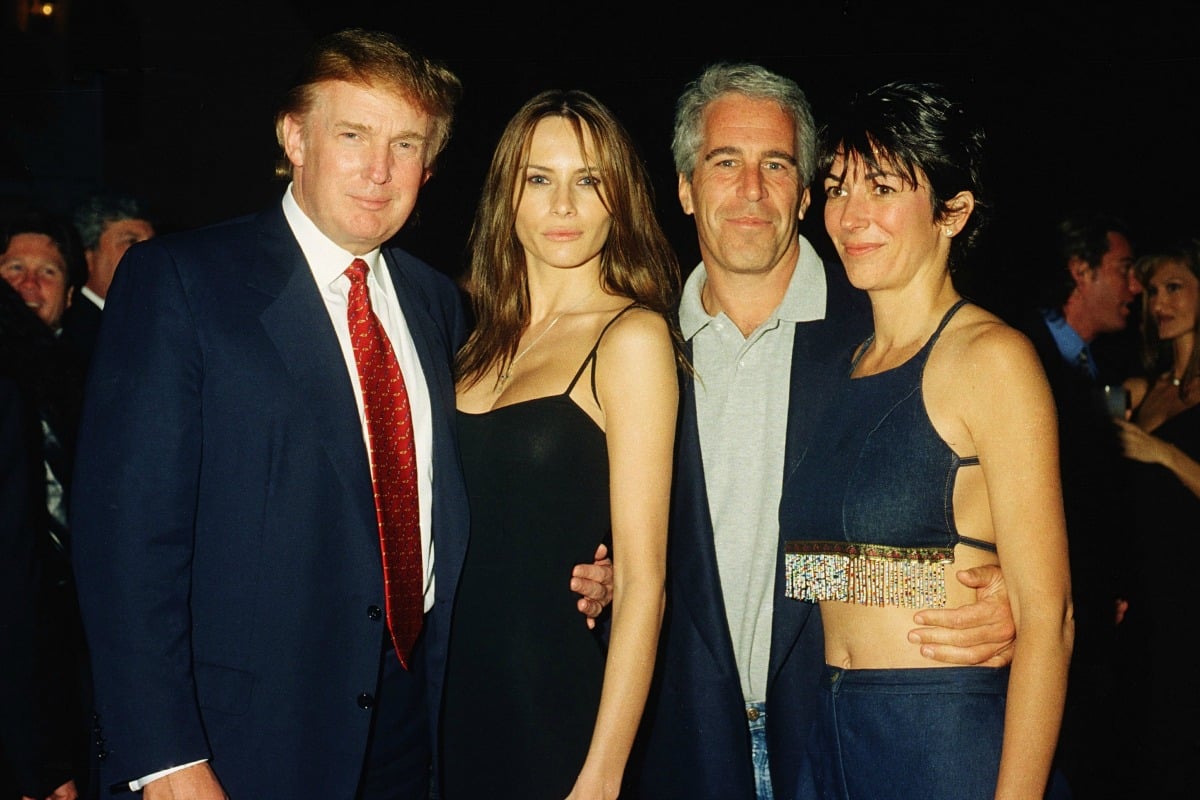 On Friday, ﻿Ghislaine Maxwell﻿, the former girlfriend and long-time associate of the late accused sex offender Jeffrey Epstein, was arrested by the FBI.

The 58-year-old, who had been in hiding for several months, was arrested on charges she helped procure underage sex partners for the billionaire.

Since Epstein died in August 2019 in a New York City federal prison while awaiting trial, Maxwell's whereabouts had been unknown.﻿

However, last week, she was arrested in New Hampshire, where the FBI had been keeping tabs on her.

"More recently we learned she had slithered away to a gorgeous property in New Hampshire, continuing to live a life of privilege while her victims live with the trauma inflicted upon them years ago," William Sweeney, assistant director in charge of the FBI's New York office, said at a news conference.

In an indictment made public last week, it was reported that Maxwell facilitated Epstein's crimes by "helping Epstein to recruit, groom and ultimately abuse" girls as young as 14.

Maxwell has also been accused of participating in the sexual abuse.

As Maxwell awaits her upcoming trial in the Metropolitan Detention Centre in Brooklyn, attention has moved towards the 58-year-old's extensive list of high-profile relationships.

Here are just some of the famous faces Ghislaine Maxwell has been seen with:

Virginia Roberts Giuffre alleged in court documents that it was Maxwell, acting as a "madam" for Epstein, who allegedly forced her to have "sexual relations" with their friend Prince Andrew on three occasions.

In a disastrous BBC Newsnight interview in which he attempted to clear his name, the Duke of York said he'd never met Giuffre and suggested the photograph of the two of them with Maxwell must have been doctored.

Though the royal admitted to having a friendship with Maxwell since the 1990s, he said he hadn't spoken with her for months. 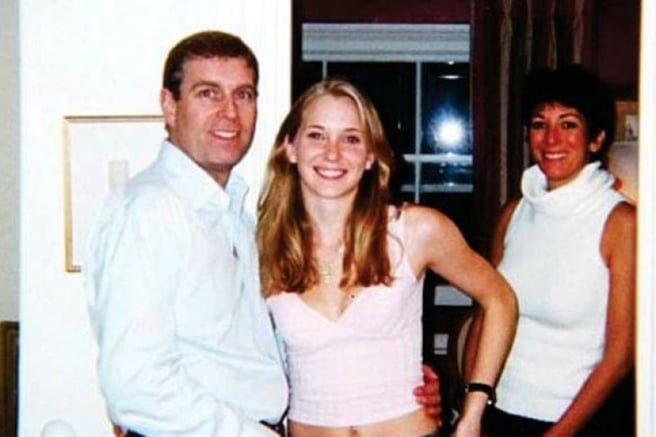 Maxwell and Epstein have been pictured with both Donald and Melania Trump on several occasions.

"I’ve known Jeff for 15 years. Terrific guy," Trump said in a 2002 profile of Epstein. "He’s a lot of fun to be with. It is even said that he likes beautiful women as much as I do, and many of them are on the younger side." 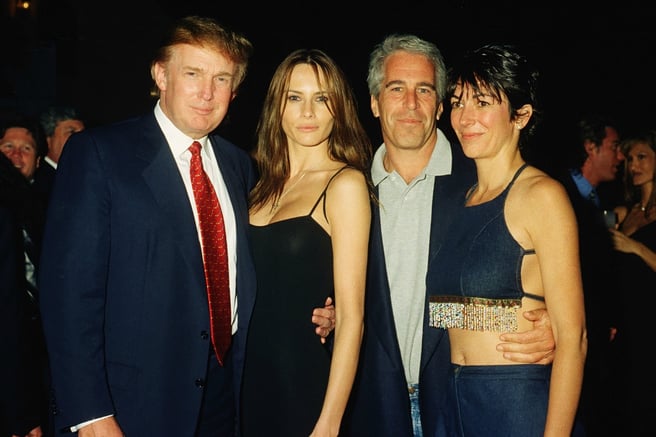 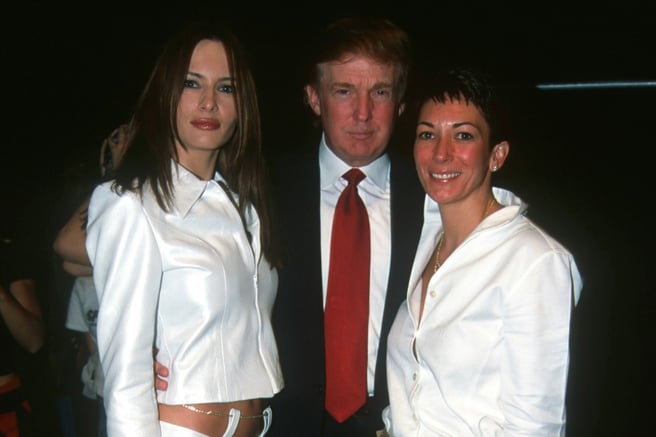 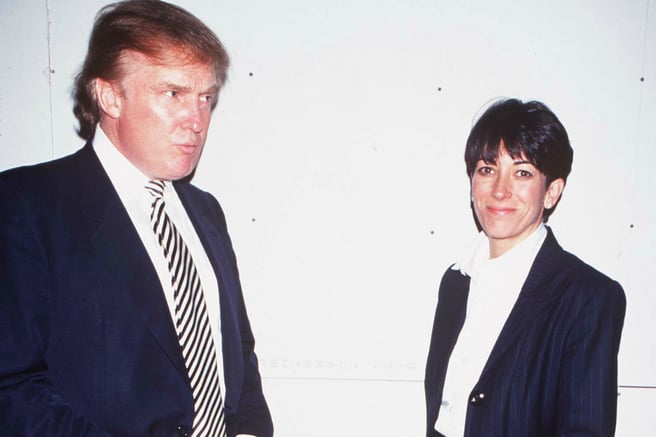 Clinton denied any wrongdoing and claimed he travelled on the plane for official Clinton Foundation business. 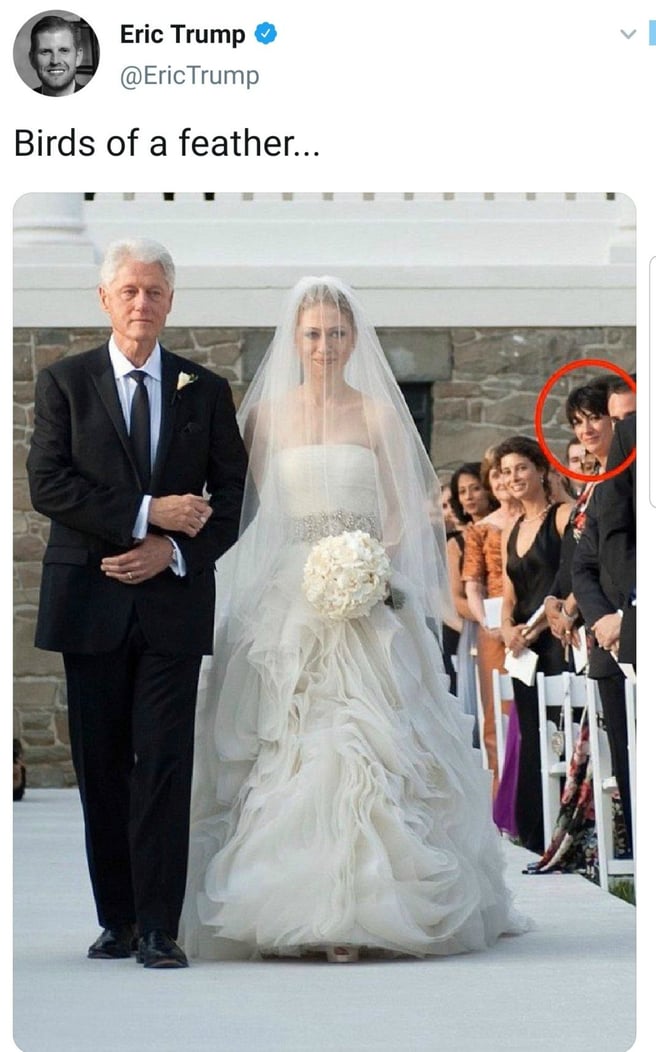 Ghislaine Maxwell is seen in the background as Bill Clinton walks Chelsea Clinton down the aisle. Image: Twitter.

Earlier this month, a photo resurfaced of Maxwell and Kevin Spacey on a throne at Buckingham Palace in 2002.

Just when you thought things couldn’t get any stranger.

This is a picture of Ghislaine Maxwell and Kevin Spacey sitting on a throne in Buckingham Palace 'as guests of Prince Andrew'https://t.co/rBlbhkXGOr pic.twitter.com/ve96e3TP3i

Following Maxwell's arrest, a photo of the 58-year-old and billionaire Elon Musk began to circulate on social media from the 2014 Vanity Fair Oscars party. 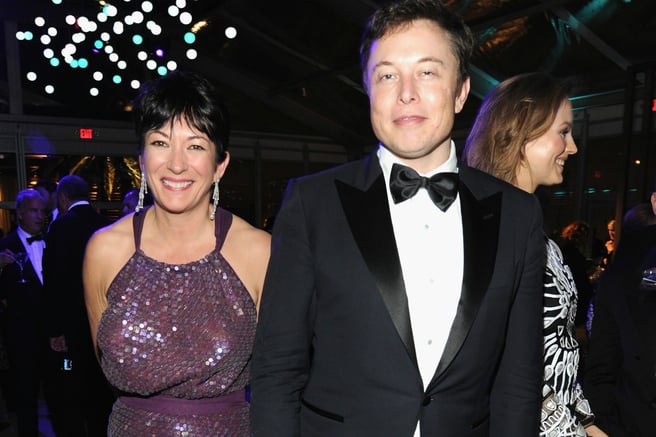 As the photo went viral, a spokesperson for Musk told The New York Times: "Ghislaine simply inserted herself behind him in a photo he was posing for without his knowledge."

I don’t usually comment on such things, but given the truly horrific nature of what is being implied up and down my timeline today, I wanted to respond publicly with @elonmusk’s permission. However, I speak only for myself. https://t.co/WA3sqKR4tV pic.twitter.com/aK8A4HvNAH 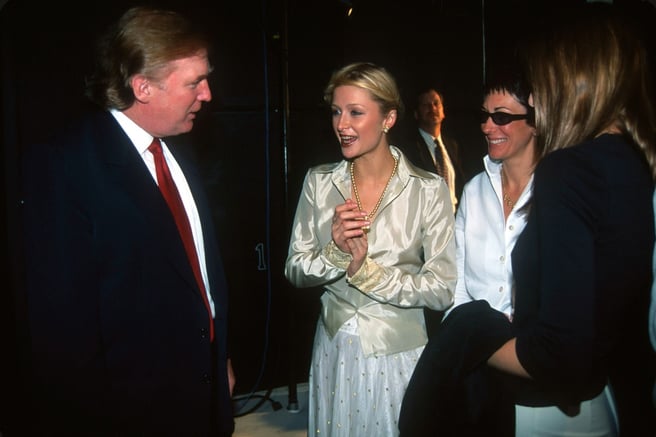 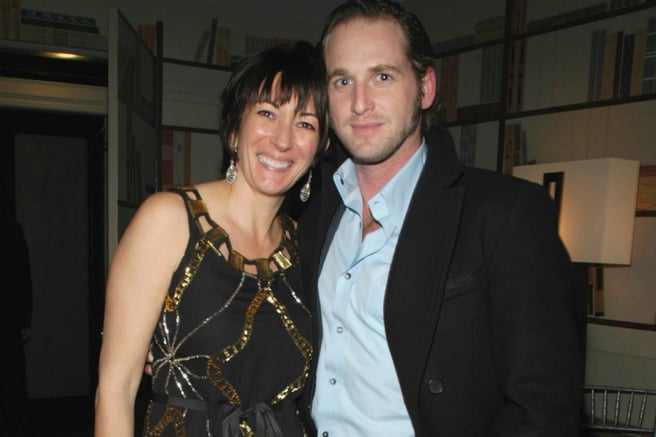 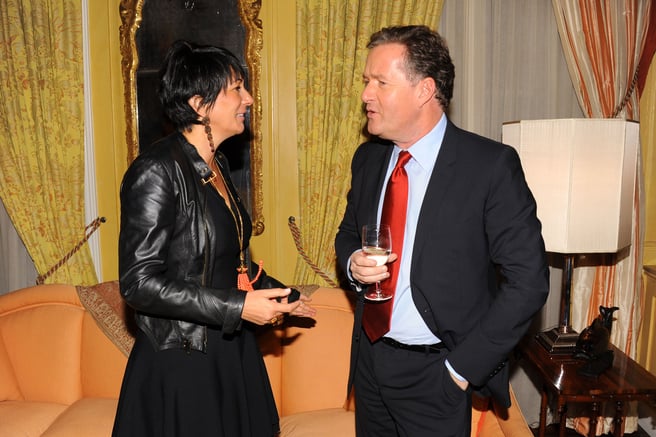 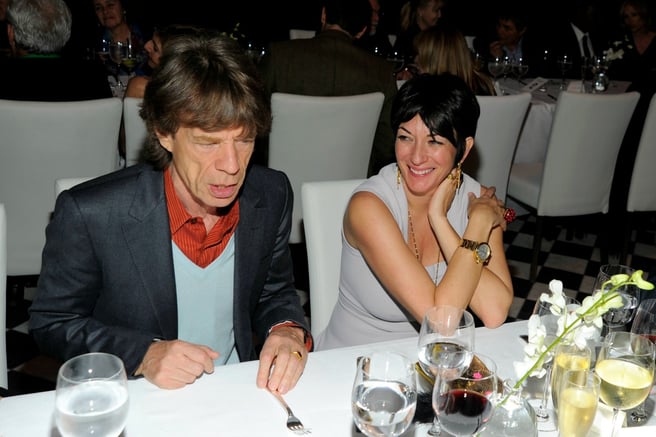 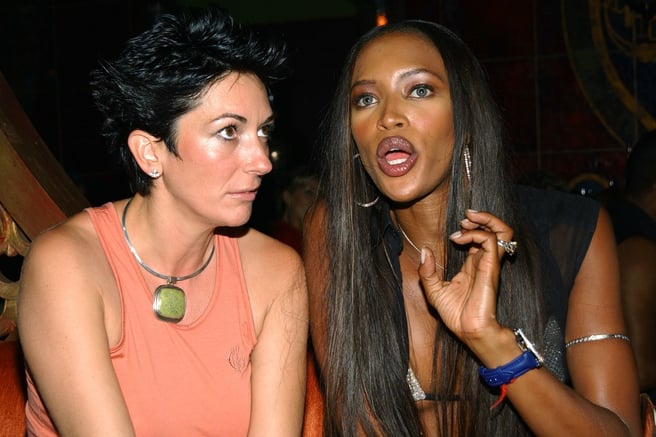 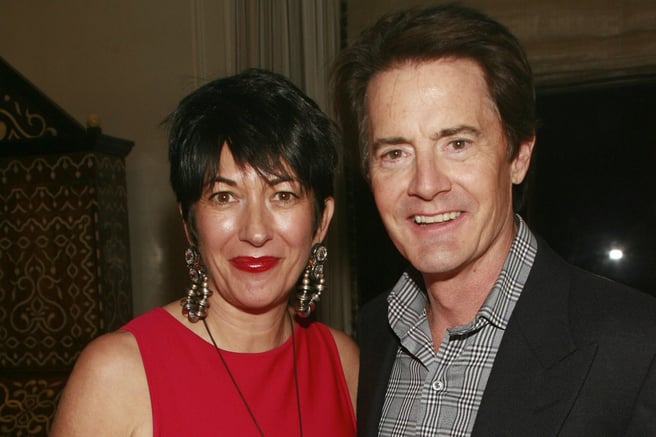 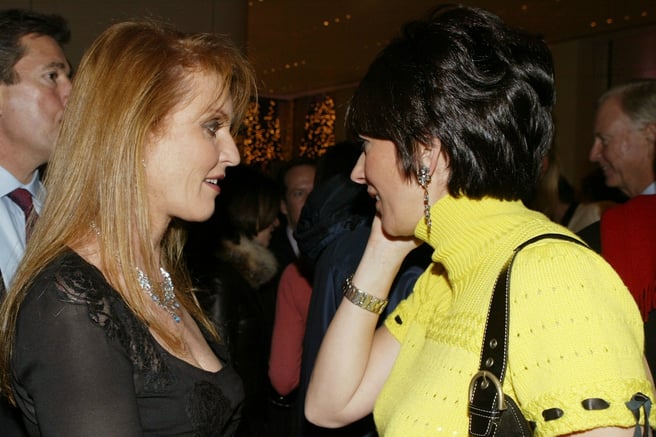 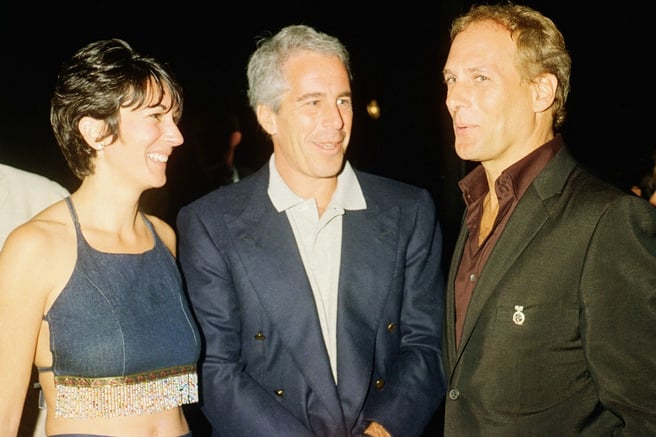 Reply
Upvote
3 upvotes
Appearing in a photo next to her isn't evidence of anything, though, is it. I'd hate to have my name tarnished because I once sat next to someone or stood next to them in a photo taken at an event somewhere. Also, a bit rich of Eric Trump to be criticising the Clintons when his own father sang the creeps praises so publicly!
L
laura__palmer 2 years ago