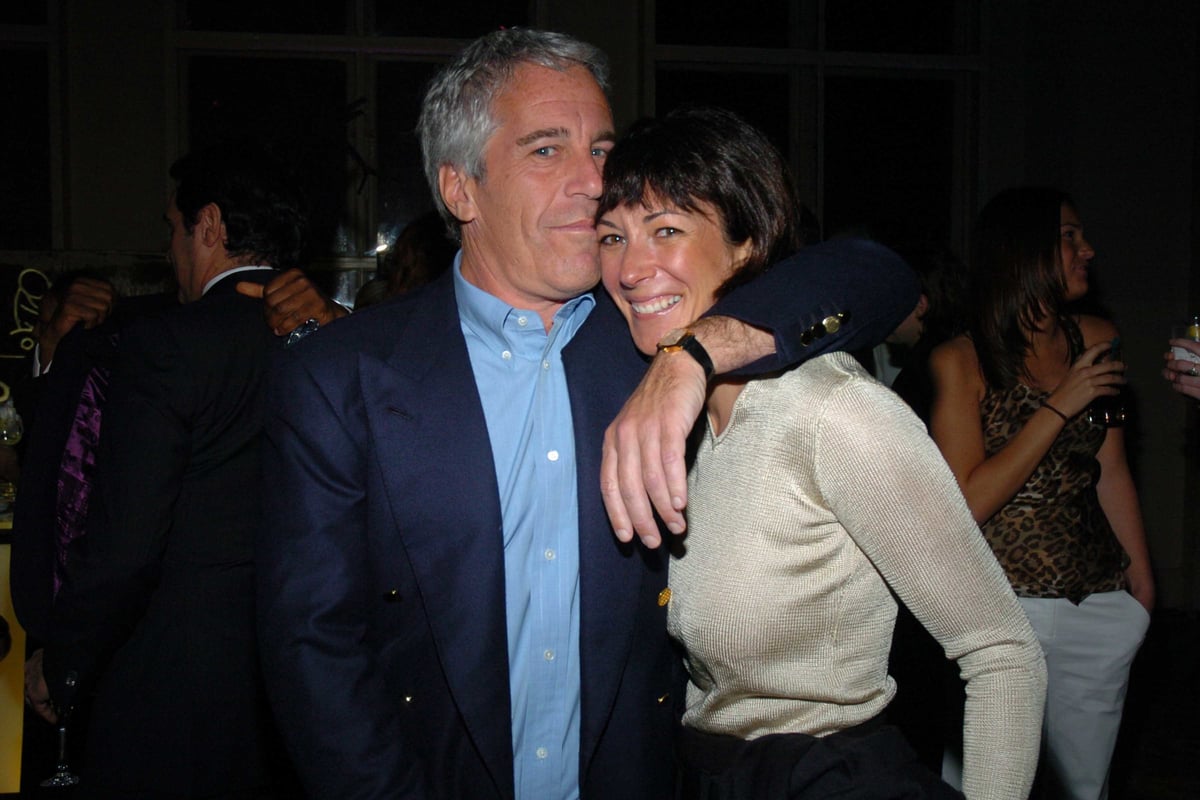 For months, the disappearance of Ghislaine Maxwell has baffled investigators. This past week, though, the search has ended with news of her arrest, as her path to prison seems more likely than ever.

Following the alleged suicide of convicted sex offender Jeffrey Epstein last year, prosecutors were forced to pivot their focus onto the criminal's alleged accomplices, of whom Maxwell was chief among them.

The 58-year-old's involvement was detailed in Netflix's documentary, Jeffrey Epstein: Filthy Rich, which revisited the alleged crimes of the duo.

Watch the trailer for Jeffrey Epstein: Filthy Rich below. Post continues after video.

This is everything we know about the rise and fall of Ghislaine Maxwell.

Who is Ghislaine Maxwell?

Ghislaine Maxwell, the youngest daughter of late newspaper tycoon Robert Maxwell, was once a fixture of New York's social scene.

Over the years, however, her life has been plagued by high-profile controversies. 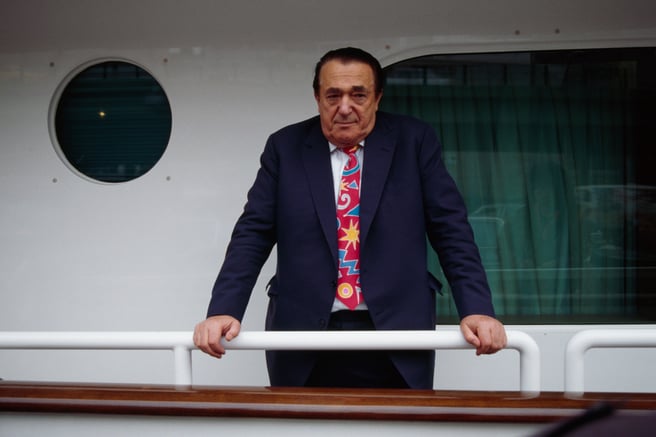 In 1991, her father's naked body was found floating in the sea after the 68-year-old had fallen overboard his yacht, named Lady Ghislaine, off the Canary Islands. His death was ruled an accident, but conspiracies that he either died by suicide or murder continue to swirl.

Within weeks of his death, it emerged that Robert Maxwell had stolen £460 million from the pension funds of his companies, sparking widespread national outrage in Britain and the collapse of his publishing business.

In the months following her father's death, Ghislaine Maxwell moved to America where she met and dated billionaire Jeffrey Epstein, a high-flying financier.

For years, she was a fixture of New York's social scenes as she mixed with extremely wealthy and high-profile names, including Donald Trump, Kevin Spacey and Bill Clinton. 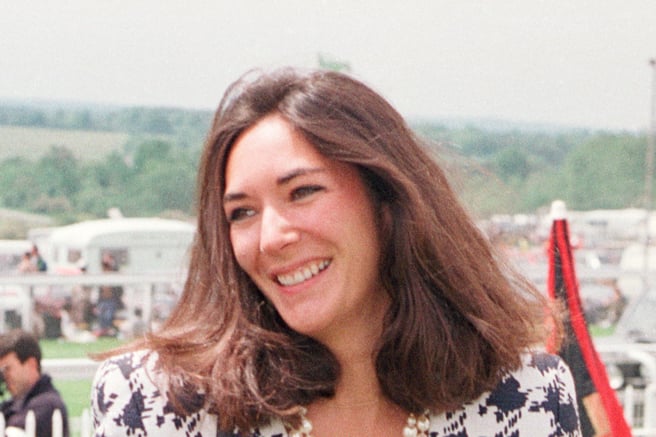 What are the allegations against Ghislaine Maxwell?

On August 10, 2019, Jeffrey Epstein was found dead in a New York prison cell while awaiting trial on allegations he trafficked minors for sex. Following Epstein’s death, US authorities turned their attention to his alleged accomplices, including Ghislaine Maxwell who is thought to be a long-time accomplice of the late billionaire.

Maxwell is named by several of Epstein’s alleged victims as a primary co-conspirator; a "madam" whom Epstein had tasked with recruiting minors into his circle by offering them what seemed to be legitimate employment.

For example, Virginia Giuffre is one of the victims of Epstein who was sex-trafficked when she was a minor.

Giuffre says she first met Maxwell when she was16 years old, and working as a locker-room attendant at Donald Trump's Mar-a-Lago resort. She enticed the teenager into 'working' for Epstein.

In court documents unsealed in August 2019, Giuffre's lawyers alleged that she was then converted into a "sex slave" for Epstein between 1999 and 2002.

Speaking to The Miami Herald in 2018, Giuffre said the training started immediately.

"A lot of this training came from Ghislaine herself."

In a statement released in 2015, Maxwell "strongly" denied Giuffre's claims and any involvement in Epstein's alleged crimes.

If found guilty, Maxwell faces up to 35 years in prison.

For months following Epstein's death, Ghislaine Maxwell had gone into hiding with her whereabouts a mystery to officials.

But last Thursday, on July 2, Maxwell was arrested in New Hampshire, where the FBI said she had been hiding.

"Recently we learned she had slithered away to a gorgeous property in New Hampshire, continuing to live a life of privilege while her victims live with the trauma inflicted upon them years ago," William Sweeney, assistant director in charge of the FBI's New York office, said at a news conference.

On the same day as her arrest, Maxwell appeared in court, accused of helping Epstein "identify, befriend and groom" multiple girls, including one as young as 14.

What is Ghislaine Maxwell's connection to Prince Andrew?

The aforementioned Giuffre alleged in court documents that it was Maxwell, acting as a 'madam' for Epstein, who forced her to have "sexual relations" with their friend, Prince Andrew on three occasions.

She said she first met Queen Elizabeth's second son at a nightclub before being told by Maxwell to "do for him what you do for Epstein".

The Prince has always denied any wrongdoing and insists he has no recollection of meeting Virginia Giuffre. However, there is photographic evidence of the two meeting, with Maxwell in their company as well. 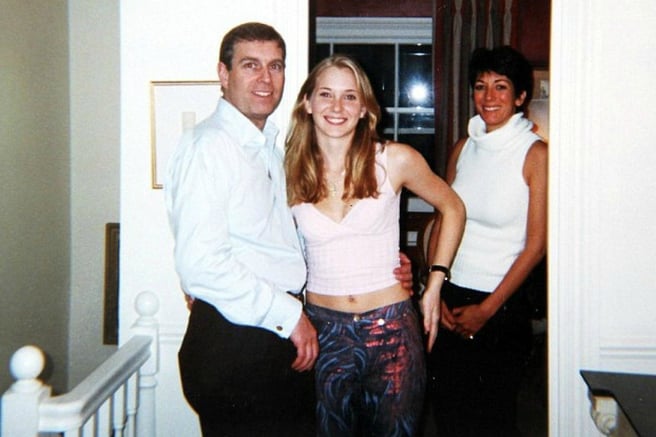 Prince Andrew photographed with Virginia Giuffre, one of Epstein's most vocal accusers. Ghislaine Maxwell is seen in the background. Image: Twitter.

According to a close friend of Ghislaine Maxwell, she would "never" disclose information about the Duke of York in the case surrounding pedophile Jeffrey Epstein.

Former investment banker Laura Goldman said the British socialite regarded Andrew as a friend and was "never going to say anything" about him to investigators, according to AAP.

Goldman, who claims to have known Maxwell since she moved to the US, told BBC Radio 4's Today program on Saturday she would "have to" go for a plea deal with prosecutors.

Asked if Maxwell would speak about Prince Andrew as part of the investigation, Ms Goldman said: "She has always told me she would never, ever say anything about him.

"I think she felt he was her friend, and she was never going to say anything about him," she added.

"She felt in the 90s when her father died that Prince Andrew was there for her."

Ms Goldman said she last spoke to Maxwell "a couple of weeks ago" prior to her arrest in New Hampshire on Thursday, adding: "She knew she was coming to the end of the road."

She claimed Maxwell was a "victim" of Epstein and was always "a little afraid" of him.

Ms Goldman said: "I think she thought if she did one more grooming, found him one more girl, he would marry her. Is that OK? No.

"She honestly thought at the end of the day she would be Mrs Jeffrey Epstein and that was the prize she wanted."

Now, though, it seems the crimes she has been accused of for years have finally caught up with her, as she faces a likely future in prison for the crimes she committed alongside Epstein. ﻿

Reply
Upvote
Lisa Wilkinson needs to call out Trump. He did far worse things than Andrew with Epstein. Under age boys and girls, paid off the families to drop the charges with millions Of dollars and death threats to the reporter and others if they continued digging.
C
cat 2 years ago