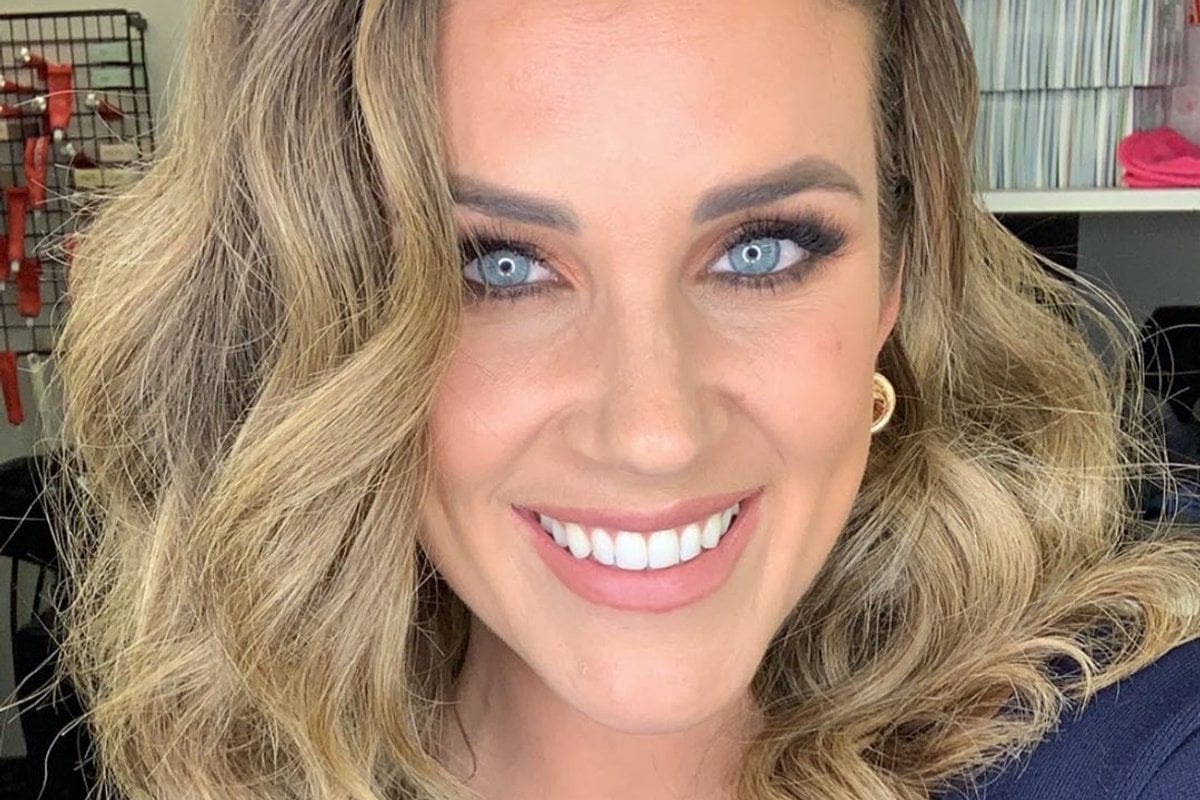 Nobody's plans have gone to plan in 2020, including Georgia Love's.

The journalist and former Bachelorette had originally planned to tie the knot with her Bachie winner Lee Elliott in Italy, but the pandemic put a pin in that very quickly.

Instead, she's spent most of the year in Melbourne's lockdowns.

LISTEN: Georgia Love on her wedding, public scrutiny and The Bachelor. Post continues below.

Speaking to Mamamia's daily entertainment podcast The Spill, Georgia said their upcoming wedding had actually made things easier, despite all the uncertainty and cancelled plans.

"We had initially been planning to have a wedding in Italy, which we just took off the table completely when COVID happened. Who knows when we'll be able to travel there again?

"So we are planning for the natural next step, which is obviously Tasmania. The Positano of Australia," she laughed.

They're still forging ahead with plans and hope it can take place in 2021.

"I've had a few tearys. When borders have remained closed and things like Sydney going so well with its COVID cases, yet there still can only be 20 people on the dance floor," Georgia said, but overall the wedding has been a positive thing to look forward to during a shocker of a year.

"Lee and I have said the whole time, if we didn't have this to look forward to we would be so much more upset and down during lockdown and during all of this," she explained.

"It's been a really wonderful, positive thing to look forward to. Not just for us, but our family and friends as well."

It was always you 🌹 Happy 4 years my fiancé!

When the original date for their backup Tasmanian wedding was also postponed due to ongoing domestic border restrictions, Georgia did what many of us would've done in that scenario: Had a minor panic and expressed her disappointment on social media.

"So like HOW FUNNY IS IT when you cancel your Italy wedding and book it for Tasmania instead hahahahahahahaha and then the Premier shuts the borders til at least December HAHAHAHAHA OMG SO FUNNY I’M TOTALLY FINE!!!!!" she wrote on Twitter.

Many followers responded with their own COVID-related problems, of missing family members, important milestones and funerals.

Georgia told The Spill the backlash she received from that "tongue-in-cheek" message surprised her.

"I truly believe that nobody's pain or hurt or grief or whatever it might be is diminished by somebody else's being larger," she explained.

"I have things I am far more upset about than my wedding being postponed or not being able to go to Tasmania... But that doesn't mean I can't have a moment where I'm just a bit pissed off about that too.

One year since the best day of my life 😍 So far!! But the best part of being your fiancée is knowing how many more “best day ever”s are to come ❤️💍 #somanyanniversaries #sofewweddings #fuckoffcovid

She said she was sad people had "lost their empathy" in the time when it was needed most.

"No one else has to feel sorry for me that my wedding's postponed, I don't care what anyone else thinks about it, but I'm allowed to have an afternoon where I'm sad about it.... Going through something like this, collectively, as the whole world has this year, should actually make people a bit more fair on each other but it's done the opposite."

Based in Melbourne, Georgia and Lee have spent a huge chunk of their year stuck at home together. How has that gone?

"Lee I were actually just having this conversation and you know what? It's actually been really nice. We thought we might kill each other, but I actually think we really do like each other!

"It's forced time together. We're always so busy, often when we see each other it's just putting our heads down on the pillow or out somewhere for dinner or something like that, so having all these nights at home together has been really, really nice for us. With that said, none of either of our families are within five kms from us... so we haven't been able to see any of our family members now for seven or eight weeks which is really, really tough."

On the bright side, this has meant plenty of time for her newest projects, podcast Everyone Has An Ex and sleepwear brand Georgia Elliott.

A pandemic hasn't created the easiest conditions to launch in, but with people desperate for escapism and looking for ways to spend their time, it's all worked out well.

Georgia has also been asked to be a judge at the upcoming Australian Podcast Awards.

"I'm so excited that I've been asked to be a judge this year for the Australian Podcast Awards, which I'm so thrilled about," she told The Spill.

"It's quite an intimate medium, I think it's far different from sitting down and watching the telly or a clip on YouTube."

And obviously, there's also been lots of time to watch The Bachelor franchise shows, which Georgia has a unique perspective on.

Of the most recent Bachelor season, where Locky chose Irena, Georgia said she found herself being 'protective' of the final couple.

"I don't know how I feel about [the ending]. As a massive fan and a viewer I felt really like, 'how dare you do that? Why are you telling them both you love them?...' but then as someone who's been on the show and whose runner up [Matty J], for want of a better term, was 'the favourite' and who everyone thought was going to win, I'm protective of this season in that way."

And she'll definitely be watching the next season of The Bachelorette, which has had a shakeup with two women - sisters Elly and Becky Miles - handing out the roses.

"I don't know how it's going to work, but that's the point right, because now I'm really excited to watch," Georgia said.

"I think The Bachelorette gets a bit of an unfair wrap after The Bachelor, it never rates as well and there's never as many guys which I think is really unfair."

Reply
Upvote
We haven't lost our empathy. People just don't care that much about her having to cancel her wedding in Italy. Why would they?
She's allowed to feel disappointed that she had to cancel...but expecting empathy from others who might be out of a job, under lockdown, separated from their families, immunocompromised and at high risk from this virus or have family members who are very sick or have maybe even died from said virus is a bit much. Consider your audience. Rant to your friends about your wedding woes. They might care. Your wider Instagram audience probably has more pressing issues on their minds at the moment.
C
cat 2 years ago