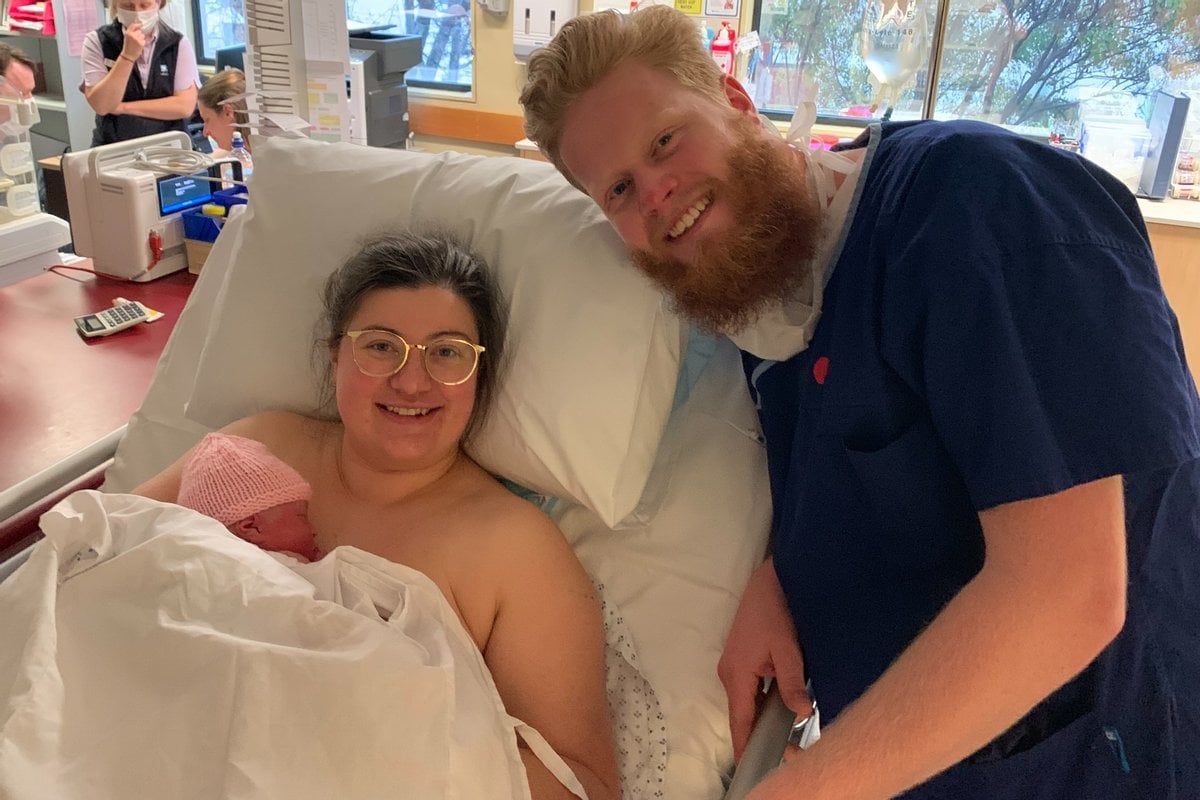 This week we profile Hayley from Canberra, who is mum to nine-week-old Annabel or 'Bel'.

Former work mates and then room mates Hayley and Ed fell in love in 2018 and had a mid-pandemic wedding in May 2020.

Before she met the love of her life, Hayley wasn’t sure about starting a family.

"I never wanted kids until I realised Ed was the one," Hayley says.

"However, in 2019, I was advised I could never biologically have children because of polycystic ovary syndrome (PCOS) and endometriosis.

"I quickly got in contact with an obstetrician and gynaecologist who swiftly started working to see if something could be done."

After 12 months of medication and monitoring, the couple were overjoyed to discover that Hayley was pregnant.

"We got our first positive test on November 22, 2020 - my sister’s birthday - which was the day before we were due to move interstate."

Hayley’s pregnancy was incredibly tough, and it started with bleeding at just seven weeks.

"My GP discovered a haematoma that grew to three times the size of our baby and I continued to bleed until 20 weeks. I was on bed rest until I reached 16 weeks and during this time I developed severe SPD (pelvic girdle pain) so I could barely walk or even stand up straight. My belly was also absolutely massive."

The pain became so intense that Hayley barely left her home. After doctors removed the haematoma at 20 weeks, she initially hoped this might help, but it only got worse.

"At 27 weeks pregnant, workplace issues resulted in me having to stop work early and I was in hospital at 28 weeks with suspected early term labour and reduced movements.

"They gave me the all clear, but I was back again at 32 weeks for leakage and suspected early term labour. They gave me steroids for my baby’s lungs and I was discharged after three days."

At 35 weeks, Hayley was back in hospital because of the baby's reduced movements. After two days, she was discharged, but told to prepare for labour at any moment and a potential stay in NICU. Thankfully, their baby girl stayed put. 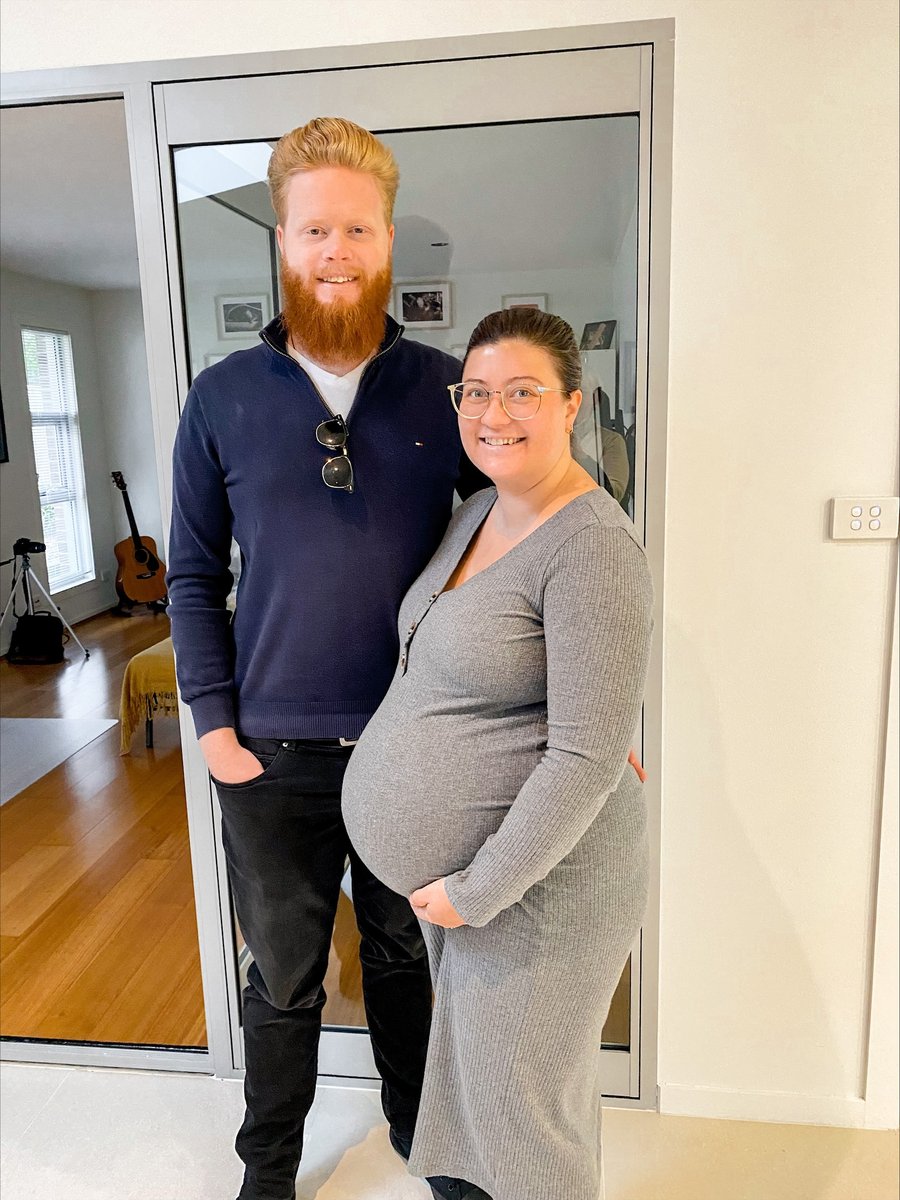 "At my 38 week appointment, the obstetrician advised me that despite the leakage, my cervix was completely in the wrong position compared to my uterus. They told me that even if we waited until 42 weeks, I'd likely need an emergency c-section.

"I was in so much pain that another three weeks seemed like a lifetime. We opted for a c-section two days later at exactly 39 weeks."

As Hayley and Ed arrived at the hospital excited and ready to meet their baby, things didn't go as planned.

"The anaesthetist came and advised what would happen. He told us that Ed had to wait until I was on the table and ready to go before he came in.

"They wheeled me into the theatre, where the doctor attempted spinal anesthesia three times only for it to fail. After 10 minutes, they put me under a general anaesthetic.

"I had 30 seconds to process that I wouldn’t hear my little girl’s first cry or breath. My husband Ed wasn't advised at all."

When Hayley woke up, she was relieved to learn that Ed had been in the room, so he heard baby Annabel’s first cry and cut the cord. But Hayley wasn’t able to meet her daughter until three hours after she was born.

"Annabel was smaller than expected at just 2.93 kilograms. As she had stopped breathing and had low blood sugars, the nurses placed her in the special care nursery until I was well enough to see her.

"I was relieved she was okay, but I was ropeable that Ed had already sent his family photos of my little girl and his dad had FaceTimed and seen her before I’d even woken up! I was in agony pain wise and it took a while to get that under control but when I finally got to meet my daughter, she was perfect!"

Just nine weeks after Annabel’s birth, Hayley still feels traumatised by all that she went through.

"I felt robbed of hearing my little girl’s first cries, or giving her a cuddle before anyone else had seen or met her. I felt guilty I couldn’t do it myself. I felt guilty because she refused to feed from me. I felt like I wasn’t good enough to be her mum."

Hayley and Annabel spent four days in hospital recovering and struggling to breastfeed.

"My first midwife didn’t give me the opportunity to bond with Bel before forcing breastfeeding and literally just shoved her on my boob multiple times causing both of us distress.

"At six weeks old, she was still refusing the nipple every feed and only wanted a bottle. I made the decision on day three I was going to just have to pump, because hearing her scream was not fun at all and caused me even more trauma.

"Now, at nine weeks old, she is finally breastfeeding!"

While Hayley still feels guilty that she missed those first moments of baby Bel’s life, she has bonded beautifully with her - despite a slow recovery. 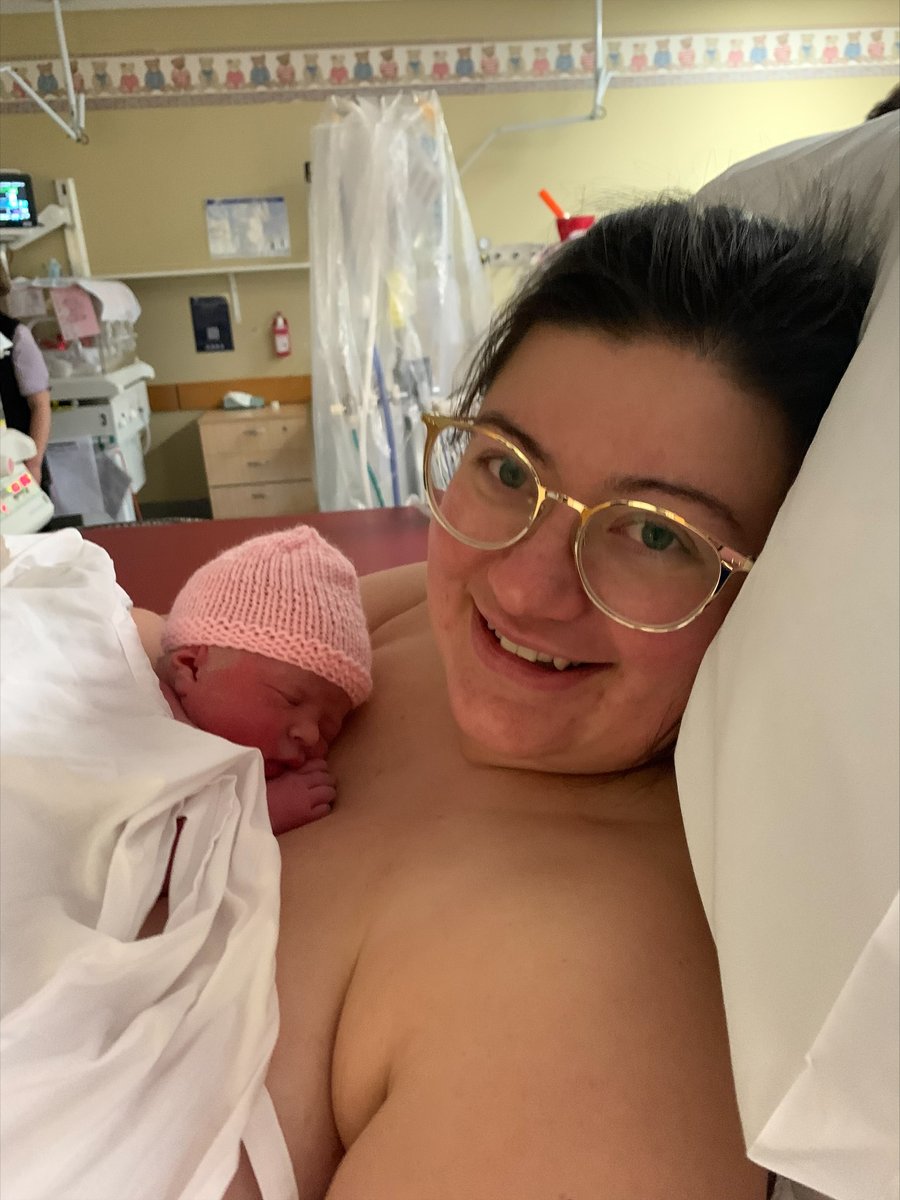 "I’m her favourite person and I hate letting anyone else hold her aside from her dad. Thankfully, we are in lockdown so I don’t have to share her just yet.

"My physical recovery has not been smooth! I’ve had an infection in my stitches, my internal stitches have ruptured from a cough I got two weeks postpartum, and I have sciatica and sharp pains up and down my spine because of the failed spinal. But hopefully we are on the way up!

"Even after all of this, the love I feel for my little girl isn’t comparable to anything else on the planet! But the jury is still out on if I’d do it again."

If you have an amazing birth story to share, let us know by emailing a couple of short sentences to: [email protected] and including 'My Birth Story' in the subject line. We will then send you a Google Form to complete.