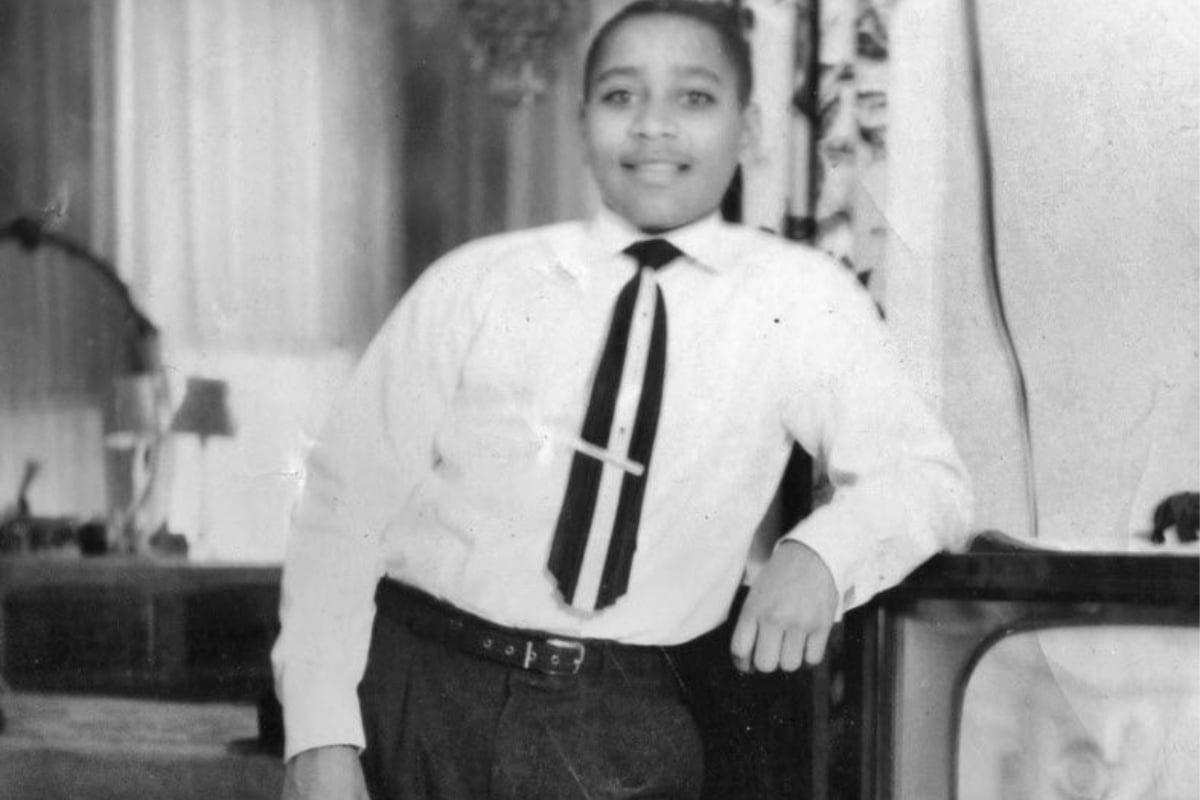 When Mamie Elizabeth Till-Mobley visited her son’s lifeless body after he was beaten to death, he was barely recognisable. It was 1955, and America was deeply segregated. But what Mamie bravely did next for 14-year-old Emmett Till, with a simple black and white photo, would go down in American history.

In August that year, Emmett, from Chicago, was in Mississippi visiting relatives. He stopped by Bryant’s Grocery and Meat Market, where he encountered a woman named Carolyn Bryant.

No one really knows what truly transpired between the white woman and the black teenager, especially because Carolyn, years later, long after the boy and his mother changed the country, denied Emmett had touched or spoken to her. But in 1955, four days after simply being in the same shop at the same time, retaliation was sought for Emmett apparently wolf-whistling at Carolyn. 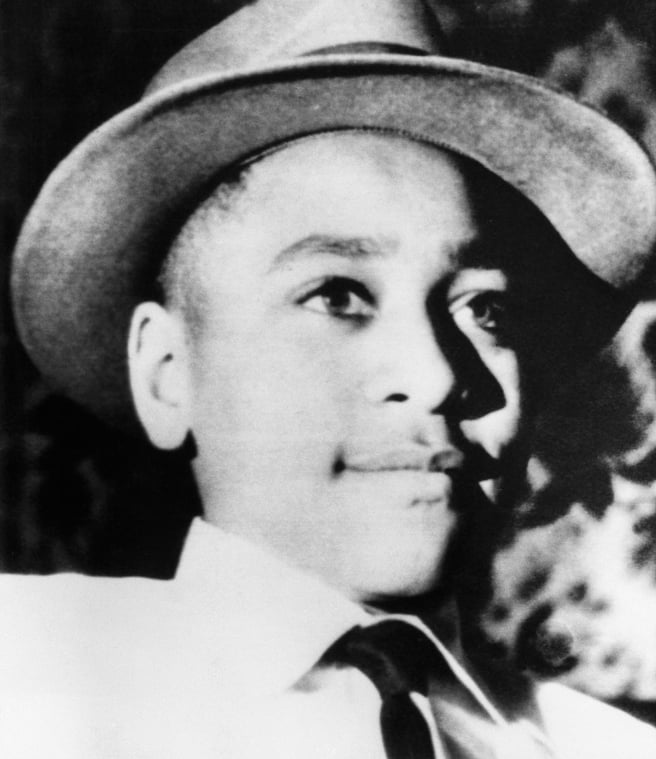 Carolyn’s husband, Roy, and his half-brother, J.W. Milam, abducted Emmett from his great-uncle’s house. They beat him, shot him, and strung barbed wire and a 75-pound metal fan around his neck. The child’s final resting place was the Tallahatchie River.

His injuries were so significant, his features could not be distinguished when he was pulled from the water.

Mamie was called to identify her unrecognisable son, and bravely told the funeral parlour director, “Let the people see what I’ve seen.”

The grieving mother took Emmett’s body home to Chicago, and organised an open casket, public showing. Tens of thousands paid their respects to the family, and saw first-hand what had been done to a young teenager by adults. 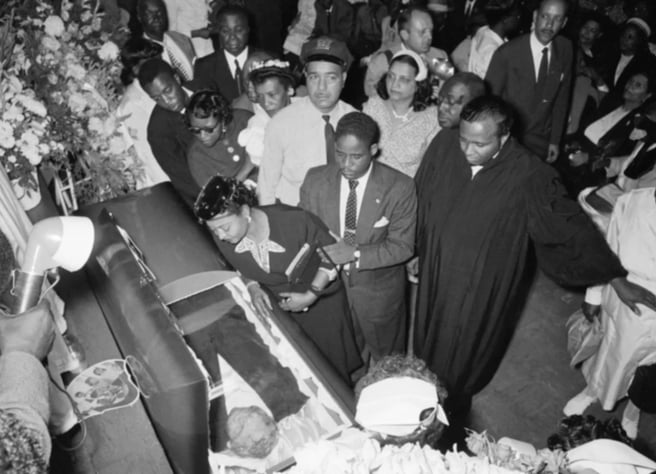 As Mamie stood in agony, David Jackson, at Mamie’s invitation, photographed her gazing into the casket. Jackson published the image in Jet, a mainly black-focused magazine, who also published images of the beautiful young man with his whole life ahead of him.

The comparison between the images of life and death was striking. The case shook the American public in a way it hadn’t been in a long time. 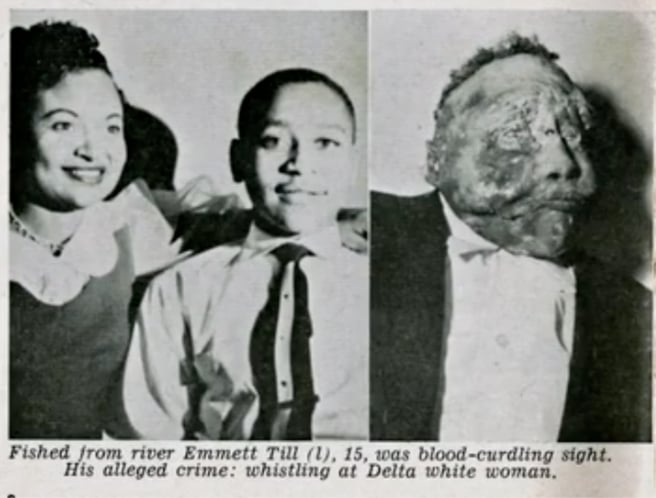 Here was evidence of the ongoing violence against black people which simply could not be ignored; a violence that many knew about, heard about, but had not been confronted with in such widespread pictorial form. Not only did the photo depict incredibly disturbing, racially-motivated and unbridled violence, it was against a child.

Sharing her experience and grief so publicly, Mamie knew what she was doing. 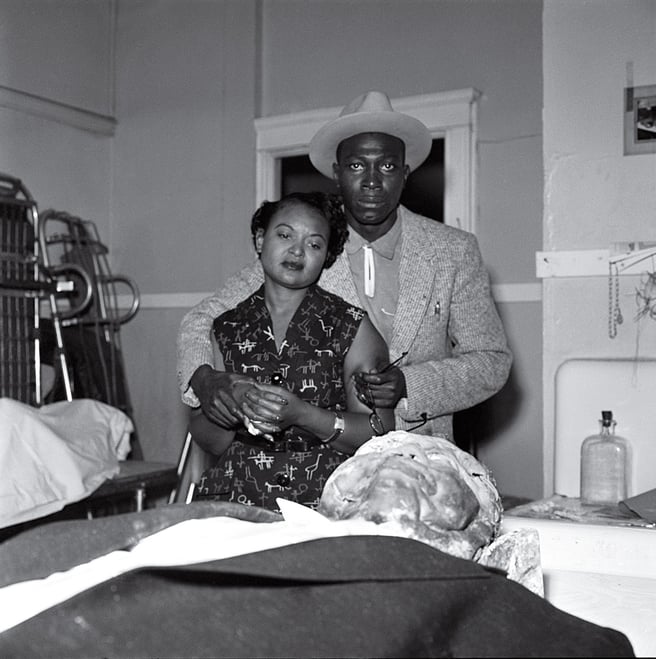 “I believe that the whole United States is mourning with me,” Mamie said.

“For [Emmett] to have died a hero would mean more to me than if he’d just died.”

Yet even with the unprecedented attention, an all-white jury, as was standard at the time, acquitted Emmett’s murderers. This was despite the accused admitting they had kidnapped Emmett.

The backlash against the verdict was strong, and was the catalyst for the new wave of the civil rights movement. There were public protests, sit-ins, and speeches, but also, a growing resistance in the private soul of black communities.

Most notably, a woman named Rosa Parks was effected by Emmett’s death. Her refusal to give up her seat on a bus in the era of segregation came from her revived sense of injustice, and determination to fight against systemic racism. With Emmett Till in mind, she became an icon.

Listen to The Quicky, Mamamia's daily news podcast. In this episode we discuss the death of George Floyd. Post continues below.

In 2020, we are now in the midst of another major civil rights movement. George Floyd, whose death was a catalyst for the current resurgence of the Black Lives Matter movement, is now being hailed as the Emmett Till of our time.

The same people who were raised on stories of Emmett Till are noticing the similarities with George Floyd’s senseless death.

An unforgettable visual. The outright innocence of the murdered person. The resulting outrage and mobilisation of black people. The creation of iconic moments - Rosa Parks, then, and a mass physical uprising in the midst of a pandemic, now.

Emmett’s death mobilised a generation of Americans to end Jim Crow segregation, which finally, nine years later, let to the passage of the Civil Rights Act. Floyd’s death, along with Ahmaud Arbery’s and Breonna Taylor’s, is seeking to end systemic police brutality and racial bias.

In Vanity Fair, W. Ralph Eubanks, said, “There is a long bright line that connects Mamie Till-Mobley’s decision to let the world see her son’s battered body in the casket…to the videos of police brutality we have been seeing on our screens, like the one of a Minneapolis police officer killing George Floyd.”

And as an editor for The Washington Post, Karen Attiah, recently wrote, “Floyd stands apart, his death a spark that has set the country and the world on fire — Emmett Till for a digital generation.”