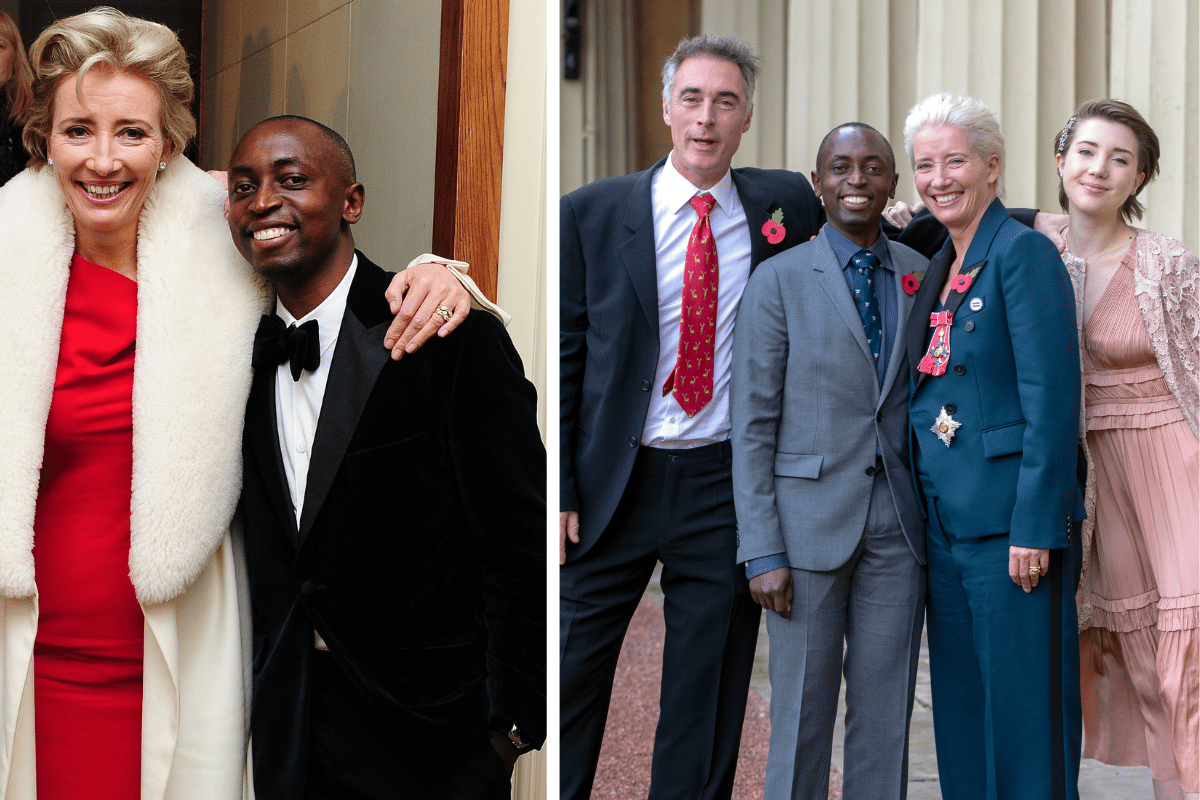 Amid Thompson's life in the spotlight, she has been able to keep her personal life relatively private. Yet there's still plenty to unpack: her interesting upbringing, Thompson's decision to adopt her son when he was 16, and how a behind-the-scenes breakup inspired that heartbreaking scene in Love Actually.

Here's everything we know about the one and only Emma Thompson.

Thompson is the daughter of actors Eric Thompson and Phyllida Law, raised in a theatrical household alongside her sister Sophie.

Growing up in the UK, money was tight for the family.

"They didn't have much money when I was little, so it was very hard for them," Thompson shared with the BAFTA Guru.

Thompson's father Eric passed away in 1982 after a sudden heart attack. She was only 23 when he died, saying to The Guardian the experience "tore her up".

"I grew up in an incredibly happy family, but it was damaged by this physical trauma." 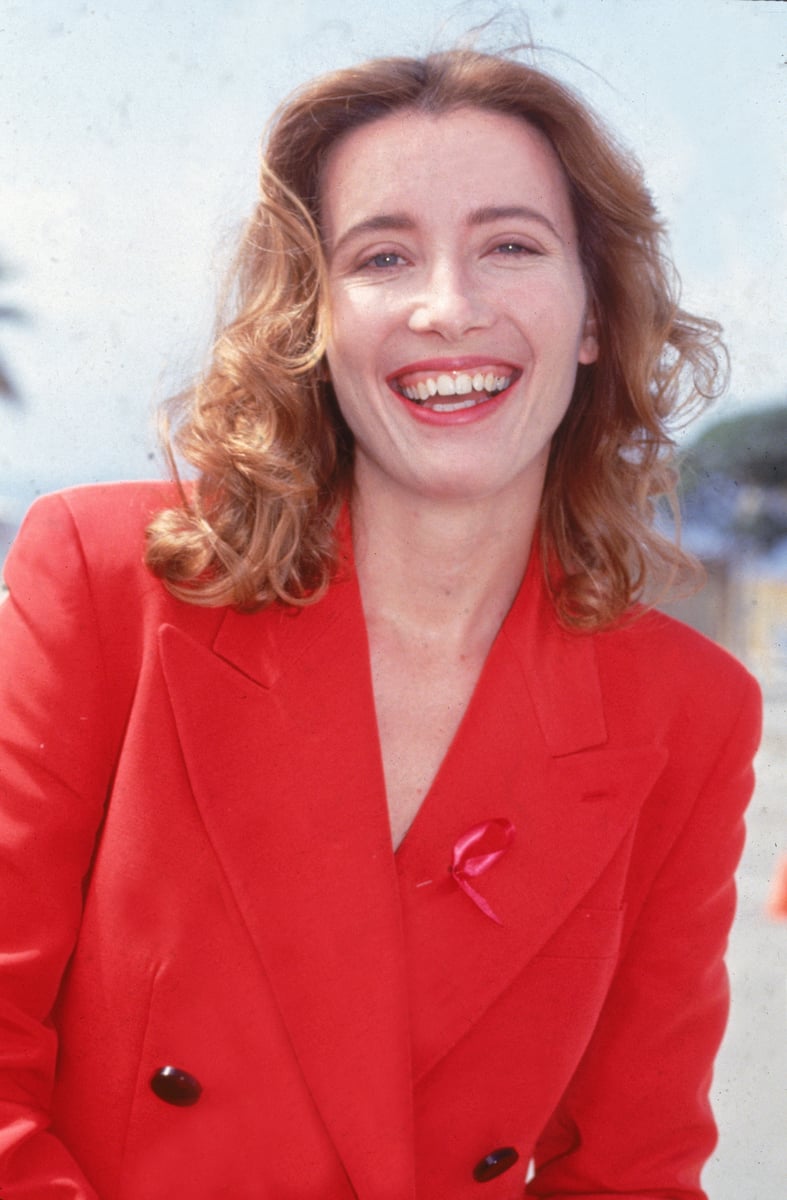 In the same 2010 interview with The Guardian, it was revealed that Thompson lives next door to her mum Phyllida, her sister also only a few kilometres away. At the time, Thompson had made the decision to buy a house in the same street she grew up on.

"Family is the centre of everything for me," the actor said. "But family is about connection, not necessarily about blood ties. It's about extended family: and extending family."

Emma Thompson on deciding to become an actor.

Given both of Thompson's parents were actors, it could be said the acting gene was definitely passed down to the next generation.

But from a young age, Thompson believed she would become a writer or comedian.

At university, she studied English but also did sketch comedy, musical theatre and mimes outside of her studies.

Thompson says she didn't start 'acting' until she was 27 years old. "I supposed acting was just like a comedy sketch, only longer. And that's exactly what it turned out to be," she said to the BAFTA Guru. 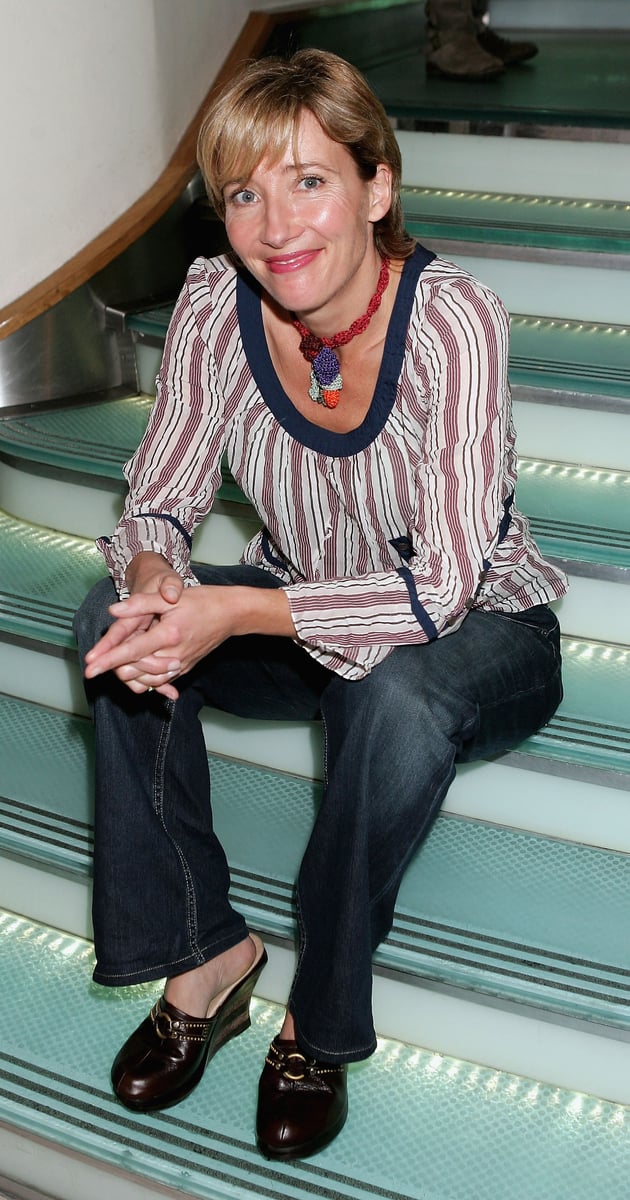 In the early years, it was Thompson's theatre work that she was best known for.

It was when she initially landed a few starring roles in various television series, that Thompson found a passion for acting. And from the mid-1990s onwards, Thompson's career trajectory only progressed.

First, there are drama films such as Sense and Sensibility (1994) and Shakespeare's Much Ado About Nothing (1993). 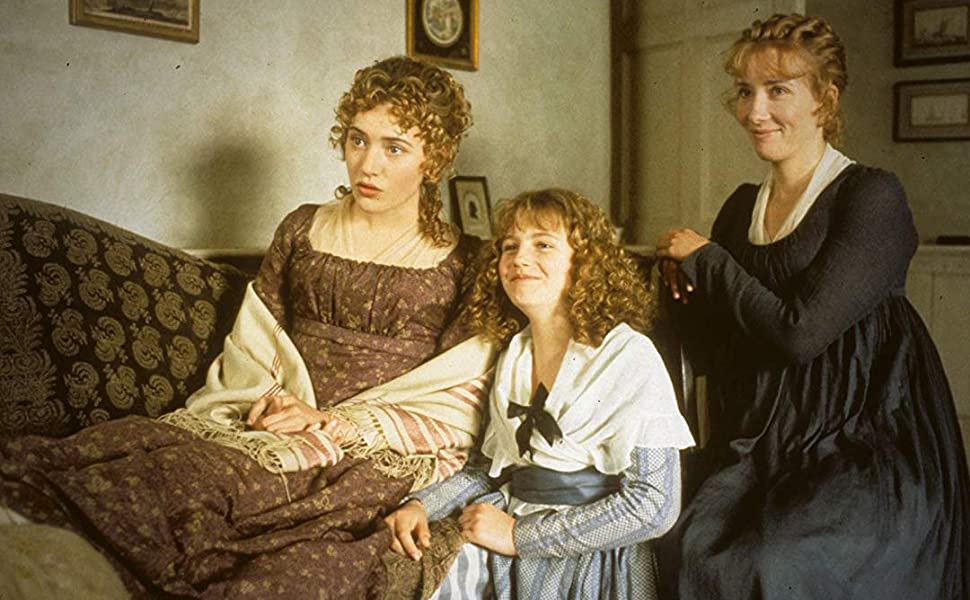 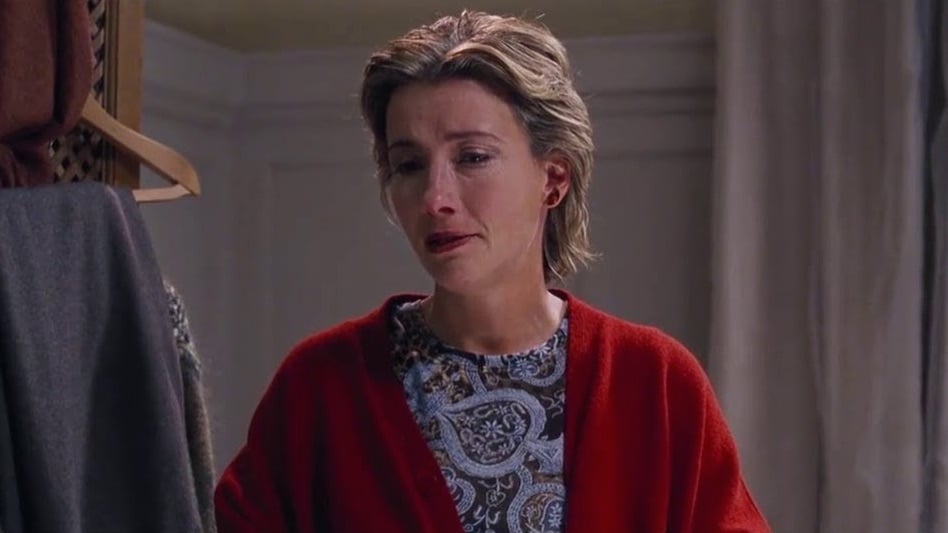 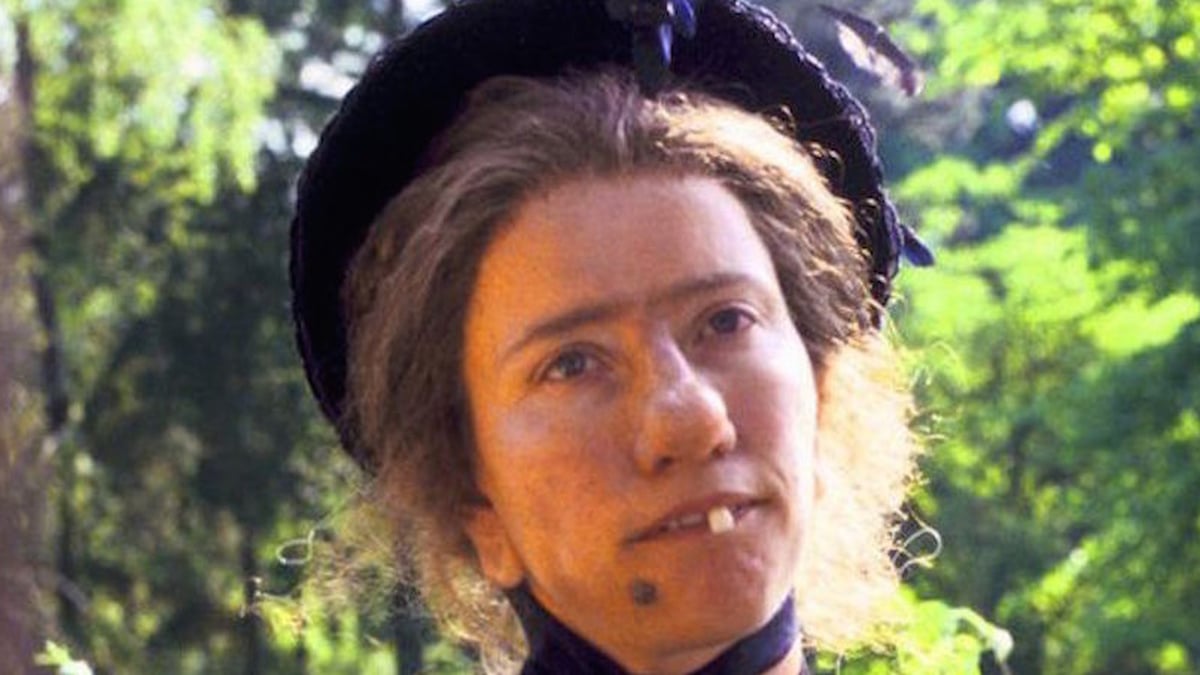 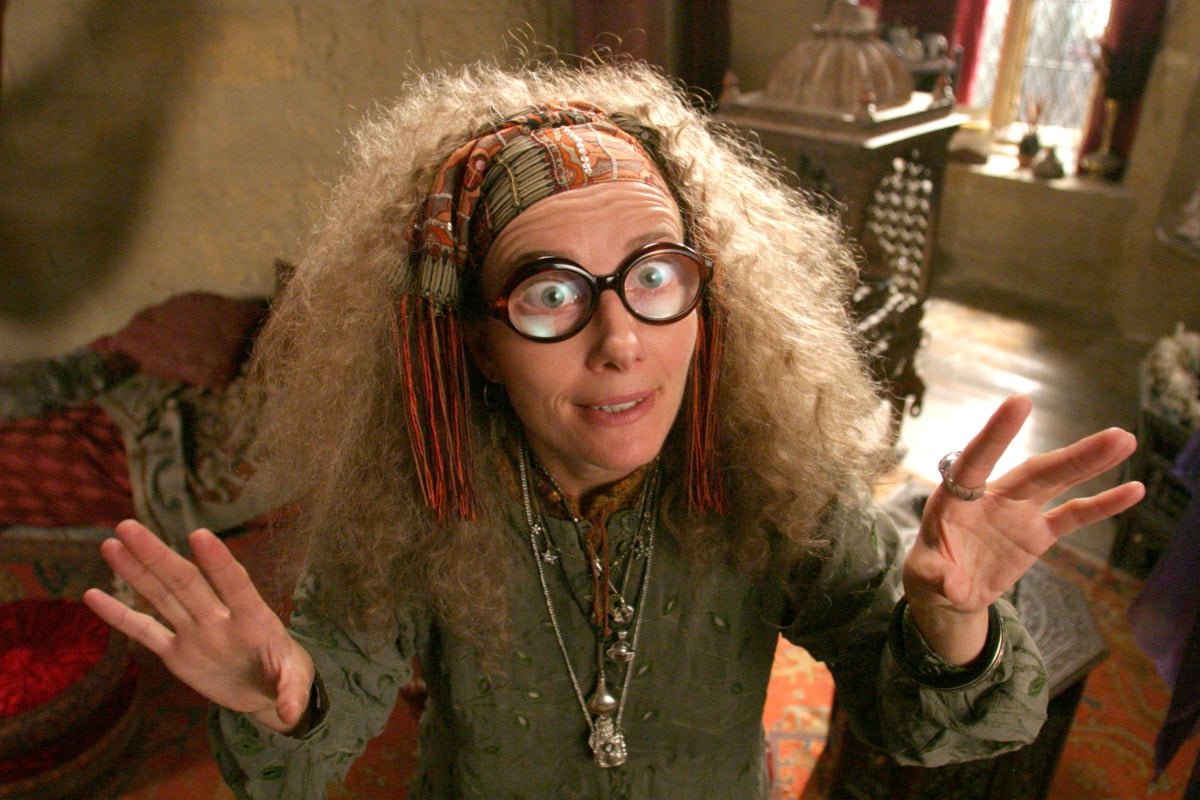 Another passion aside from acting for Thompson is screenwriting. And an award-winning screenwriter she is!

Films she has had a hand in writing include Sense and Sensibility, Nanny McPhee, Bridget Jones's Baby and Last Christmas. 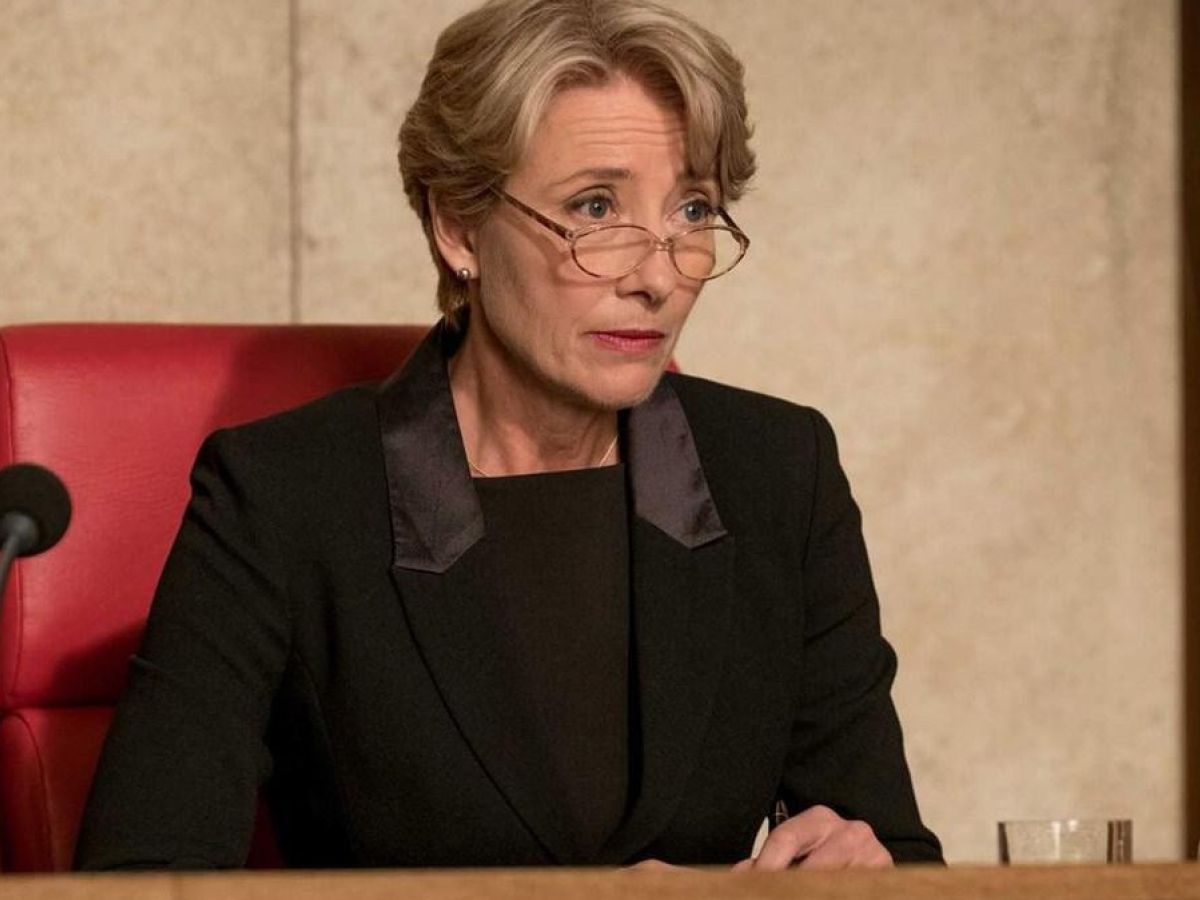 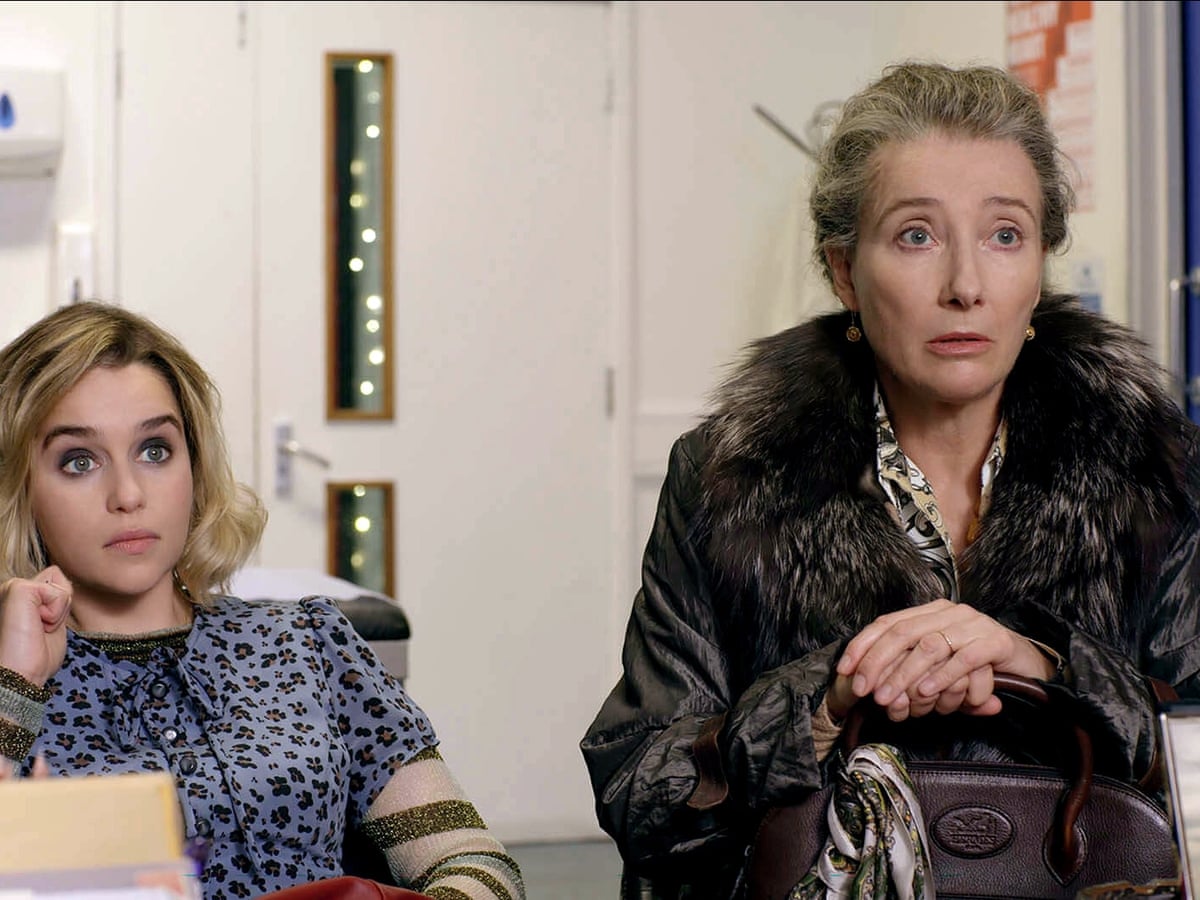 Thompson is renowned for her environmental activism and being politically vocal.

She is a Greenpeace activist who often calls for greater climate change action, recently seen at the Earthshot Prize in London this year.

In 2018, Thompson also joined a peaceful walk and silent protest at a controversial fracking site in the UK. 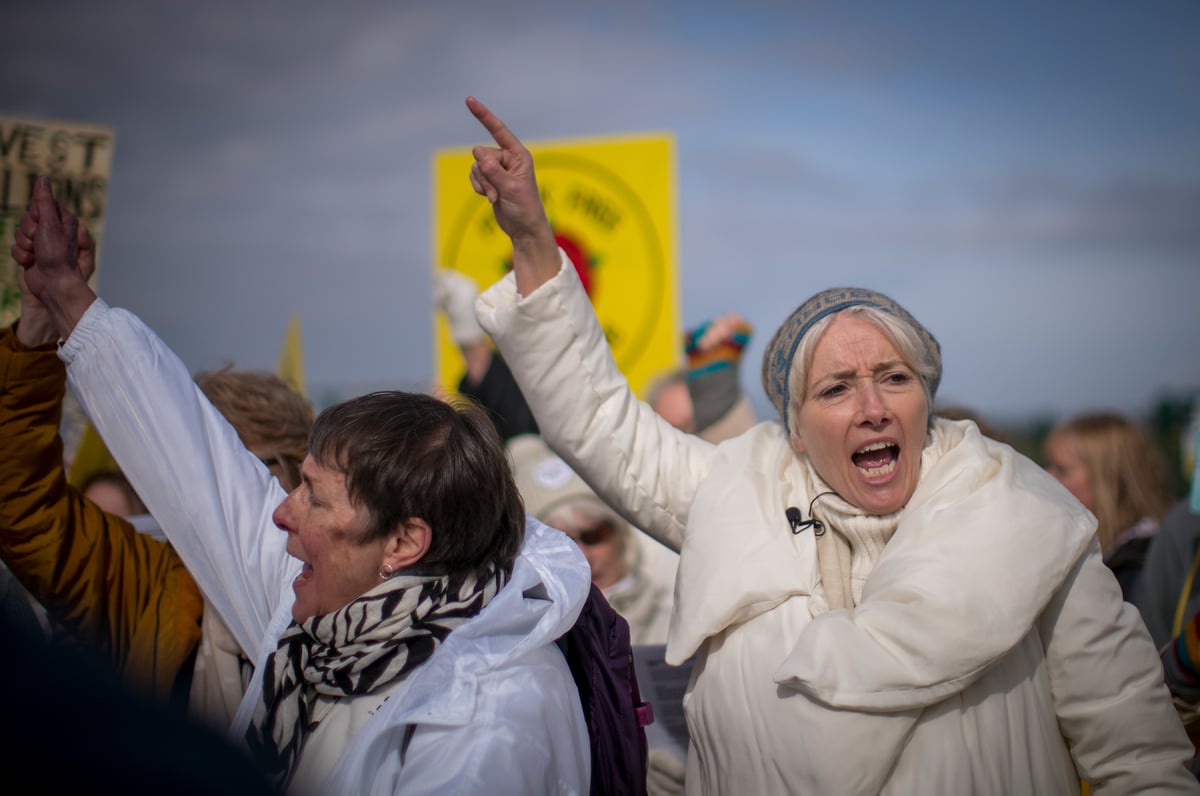 Thompson was also vocal amid the #MeToo movement.

In 2019, Thompson quit her role in the animated film, Luck, in protest of Skydance Media’s decision to hire Pixar co-founder John Lasseter as its animation head: despite sexual misconduct accusations against him.

In an open letter to Skydance Media, Thompson wrote: "If a man has been touching women inappropriately for decades, why would a woman want to work for him if the only reason he's not touching them inappropriately now is that it says in his contract that he must behave 'professionally'?"

She added: "I am aware that if people who have spoken out - like me - do not take this sort of a stand, then things are very unlikely to change like the pace required to protect my daughter's generation."

Thompson is also now a newly appointed Dame commander of the British Empire. Even at her Damehood ceremony, the actor wore an equal pay pin. 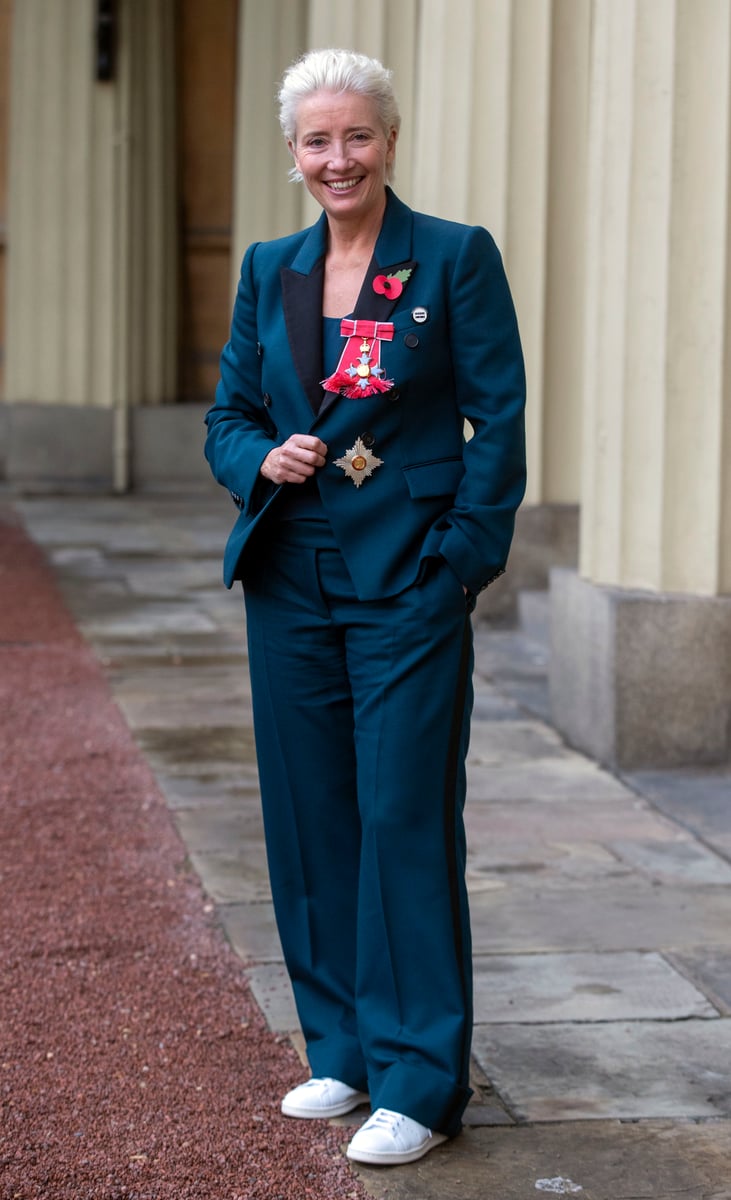 The 62-year-old spoke about her decision to accept the title of Dame, during an interview with Seth Myers.

"They send you a letter saying, 'Will you accept it?' You can choose not to. You can choose to say, 'Well, of course we don’t have an empire anymore, thank God, because it was ghastly, colonial, racist, dreadful undertaking on every level,' and actually have some moral principle about it. Or you can be like me and say, 'Hmm, it’s gonna be a really nice badge'."

Thompson was awarded her Damehood by Prince William.

"I love Prince William," she told reporters. "I’ve known him since he was little, and we just sniggered at each other."

Thompson has known William and Prince Harry since they were children and is a long-term friend of their father Prince Charles.

From 1989 to 1995, Thompson was married to fellow British actor Sir Kenneth Charles Branagh, who is best known for his roles in Hamlet and Murder on the Orient Express.

Thompson said in a later interview that her iconic heartbreak scene in Love Actually, when she discovered her on-screen husband, the late Alan Rickman, is having an affair, was based on her divorce. 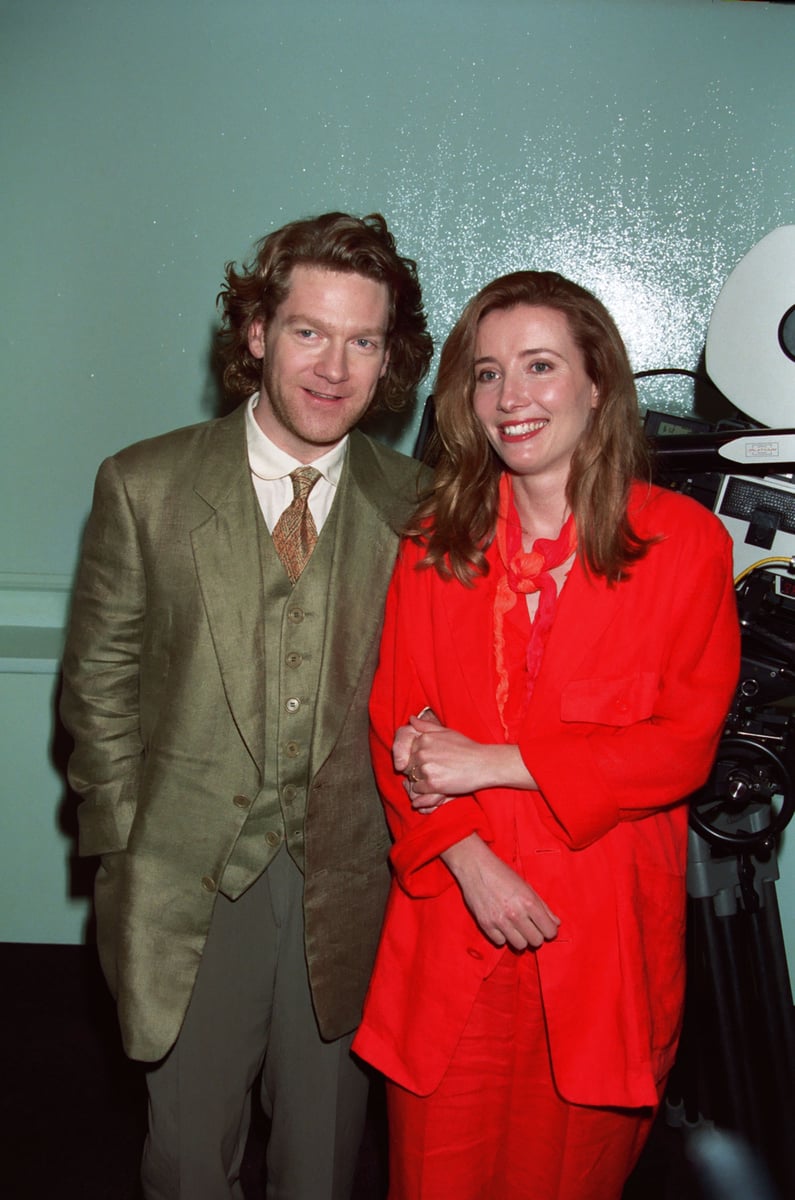 According to The Telegraph, Thompson said at a London fundraiser: "That scene where my character is standing by the bed crying is so well known because it’s something everyone’s been through," she said.

"I had my heart very badly broken by Ken. So I knew what it was like to find the necklace that wasn't meant for me. Well, it wasn't exactly that, but we've all been through it."

After the spilt, Thompson then met her now-husband Greg Wise, an actor and producer, on the set of the Jane Austen classic remake Sense and Sensibility. 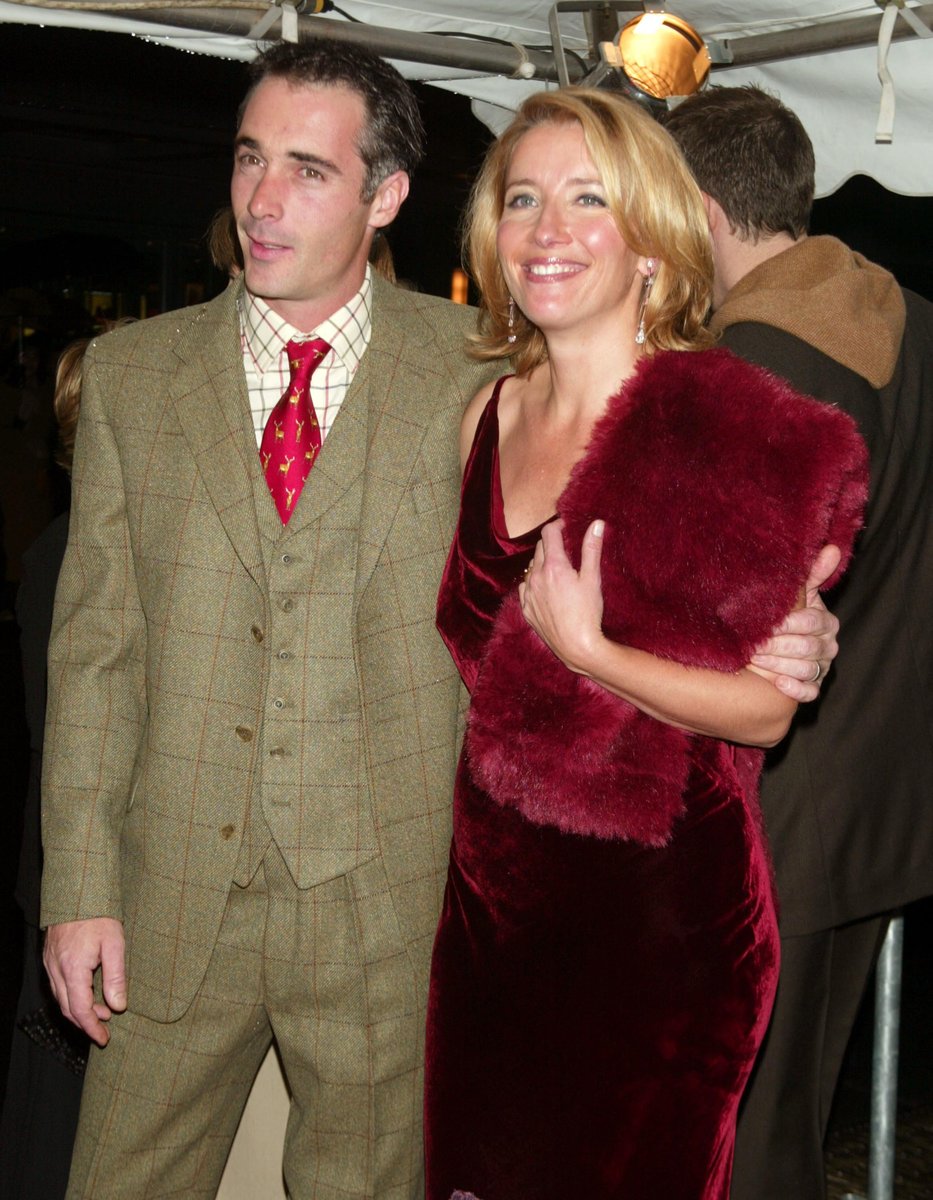 In 1999, Thompson and husband Greg welcomed their daughter Gaia.

Thompson was nearly 40 when she gave birth to her daughter, who was conceived via IVF.

Falling pregnant was challenging for Thompson, who struggled to conceive again after Gaia.

"I would have desperately liked to have had more children, and it's been a great agony for me," Thompson told The Telegraph. "There's been an awful lot of grief to get through in not being able to get pregnant again, but there are thousands and thousands of women like me who can't have children."

Gaia is now 21 and has followed in the footsteps of her parents, deciding to become an actress herself. 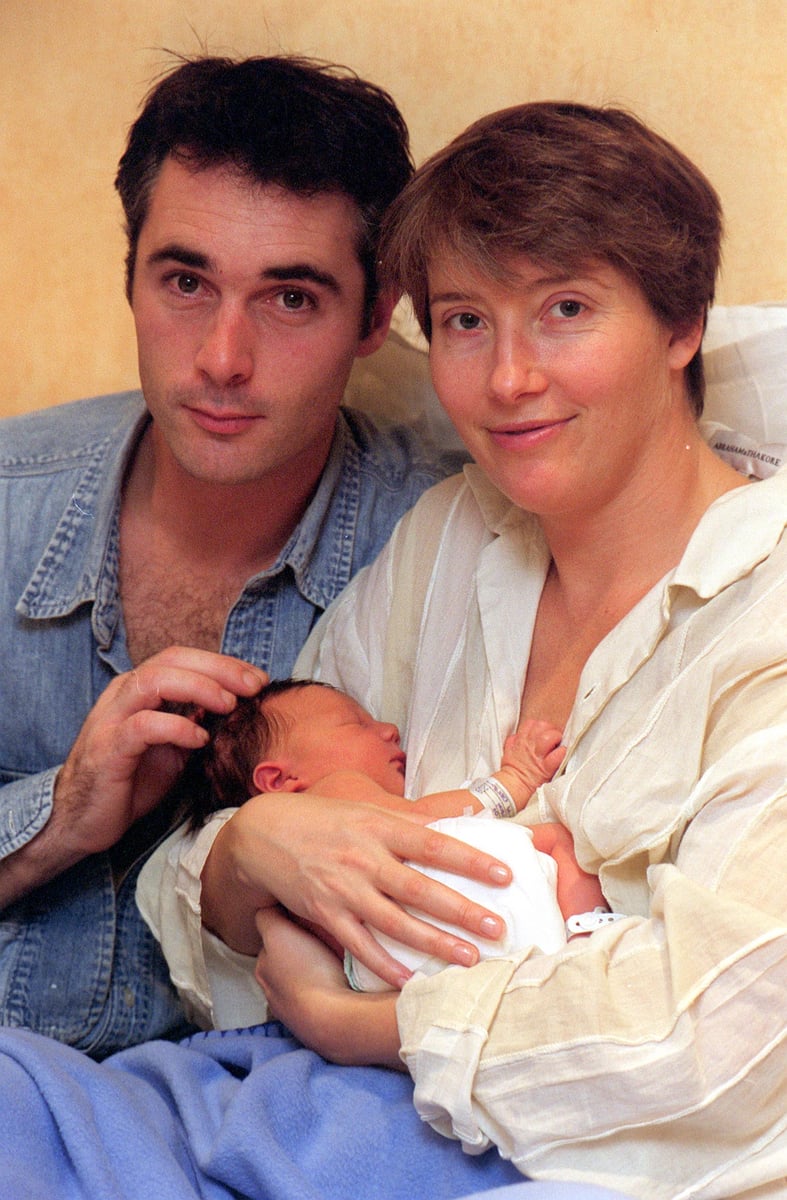 Thompson and Greg went on to adopt their son Tindyebwa (Tindy) Agaba Wise. She met Tindy when he was 16 at a 2003 Christmas charity event she created in partnership with the British Refugee Council.

Tindy spoke little English at the time, and he and Thompson were able to get to know one another through "a combination of sign language, laughing, [and] smiling".

Sharing his story with Thompson and Greg, Tindy was an orphan who had been kidnapped and forced into being a child soldier in Rwanda before fleeing the country with the assistance of an aid agency.

Thompson invited Tindy to her family's Christmas Eve dinner, and the rest is history. 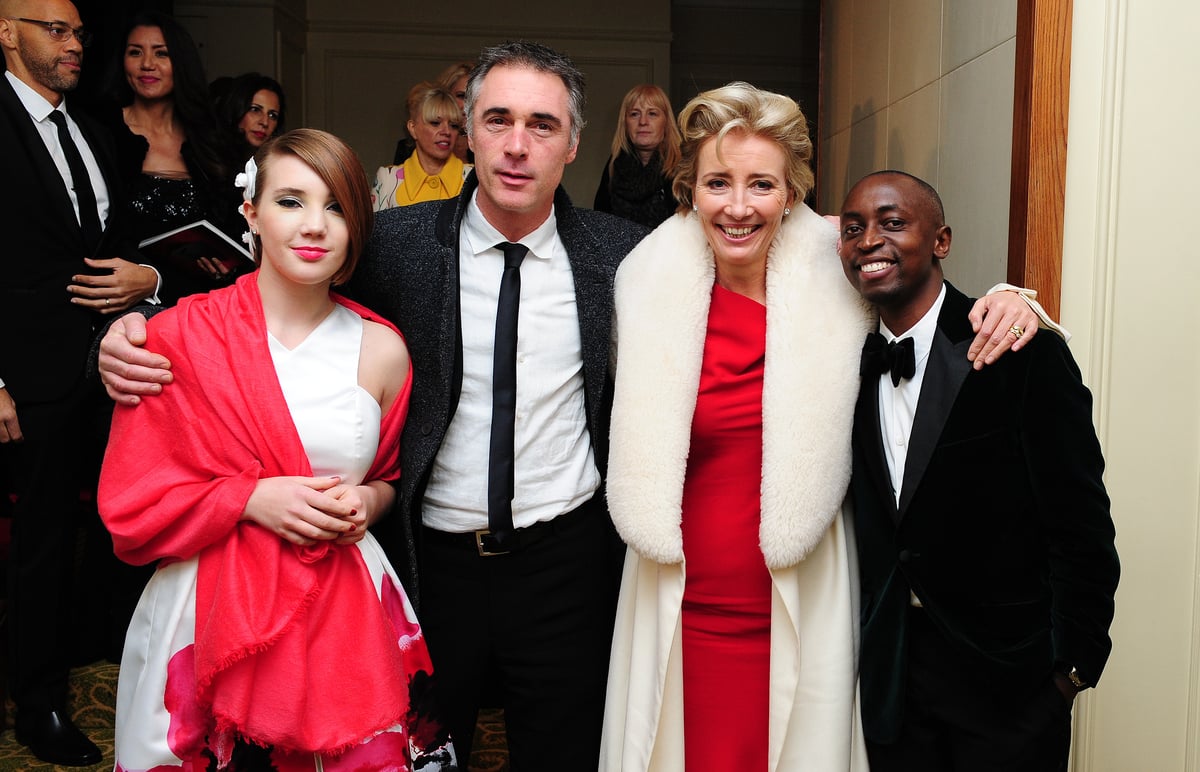 In December 2021, Thompson spoke about the challenges Tindy has faced as a result of being a refugee in the UK.

In an essay for The Times of London, Thompson said that although her son has "flourished and grown in a million different ways" since being in Britain, he has also faced "everyday racism".

She wrote: "When a person has been 'othered', their humanity is often reduced in other people's eyes. Witnessing Tindy growing up has been a continual lesson in the day-to-day challenges that refugees and asylum seekers face: from language, to finding the right kind of schooling, to facing everyday racism."

"And they take nothing for granted unlike, let's face it, a lot of us who haven't come here under those circumstances," Thompson said in her essay. "So what they have to offer as citizens of this country is often profoundly valuable."

Tindy is now 34 and has a job with the Metropolitan Police helping refugees in similar positions as he was in when he first arrived in England. He also speaks eight languages and has two university degrees.

His adopted father, Greg, spoke about his "remarkable son" and his new job in a recent interview: "He's an extraordinary young man, and he knows more than his fair share of death and grief. Because he has suffered, he can understand what others go through. That is a fantastically powerful force to have around at the moment." 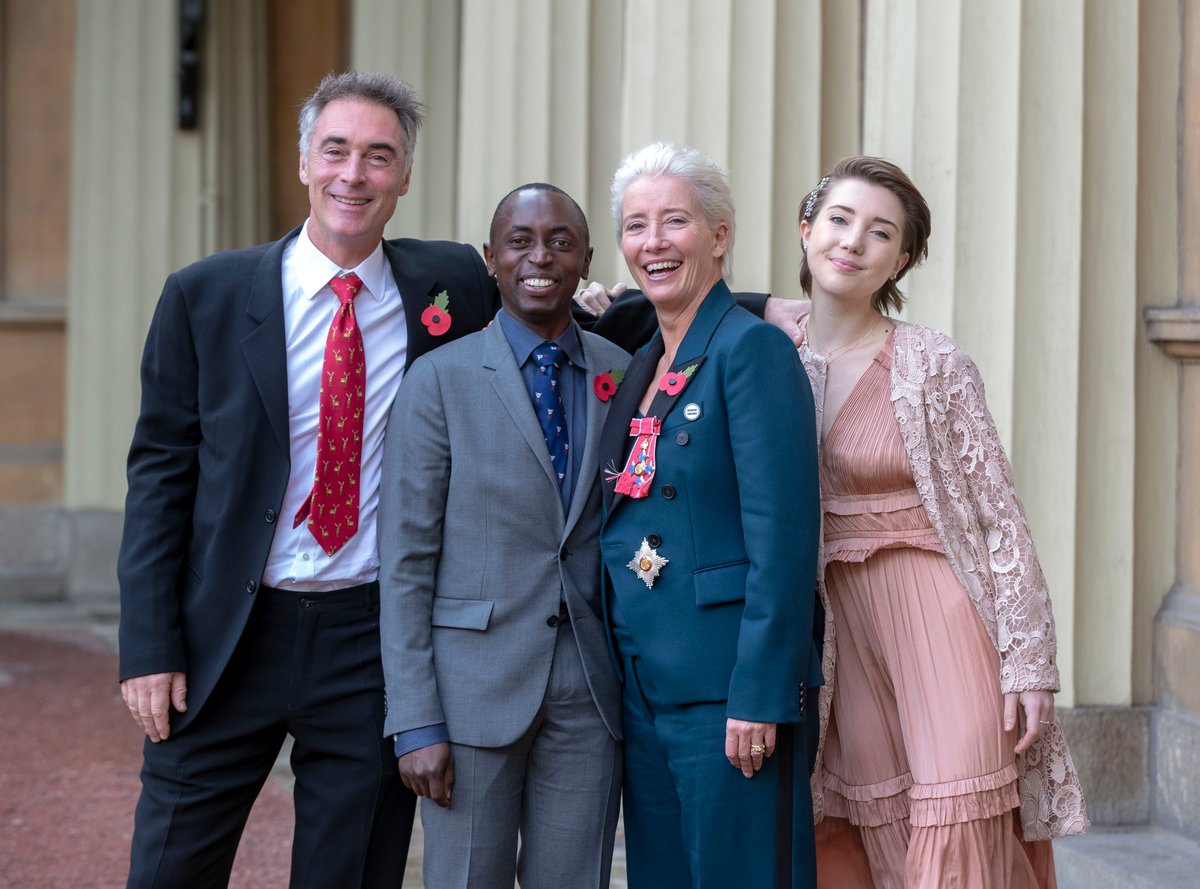 What is your favourite Emma Thompson film? Let us know in the comments!