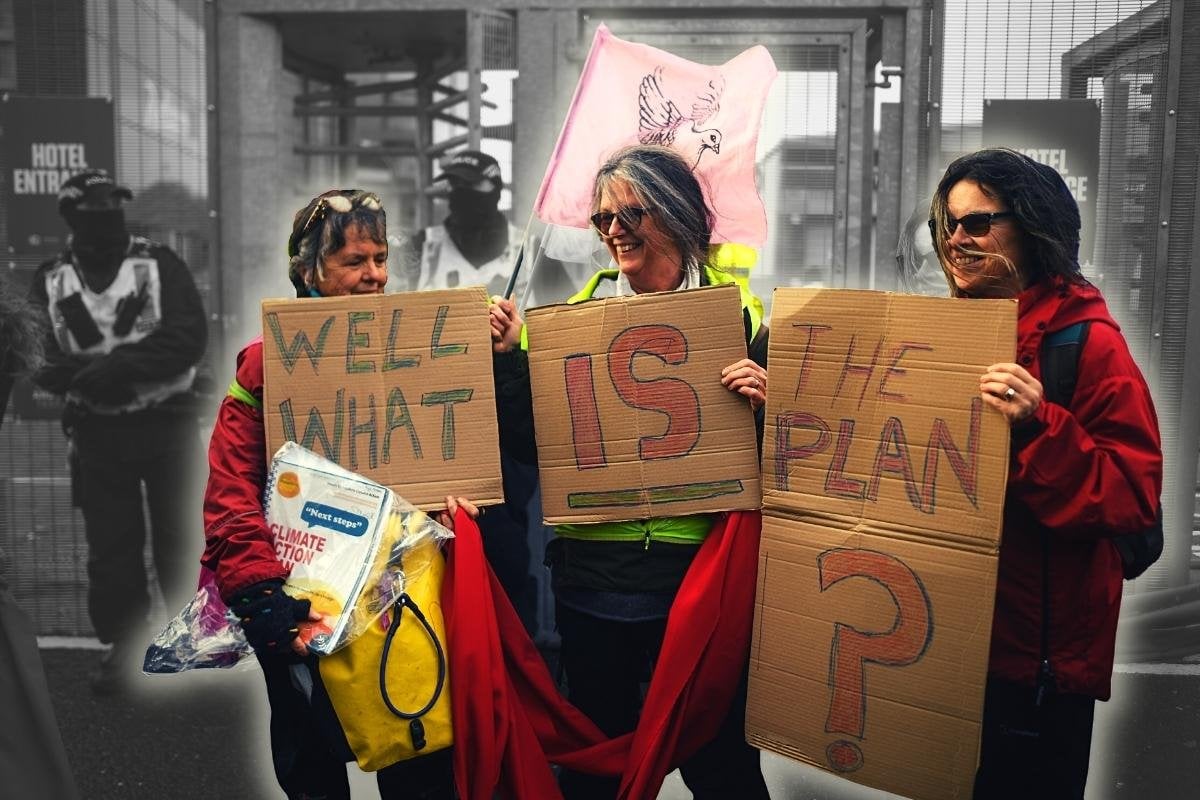 For the past few weeks, world leaders have been in serious talks over how to tackle the issue of climate change, with discussions taking place at the COP26 climate summit in Glasgow.

As of today, an agreement has been reached, culminating in the new deal: the 'Glasgow Climate Pact'.

The deal calls on countries across the globe to strengthen their climate targets and assist in reducing global warming to no more than 1.5 degrees Celsius.

But according to COP26 spokespeople, the 1.5 degrees Celsius target will only survive "if promises are kept and commitments translate into rapid action".

So what exactly does this agreement entail, and where to from here?

Watch: the impact of climate change. Post continues below.

What is the Glasgow Climate Pact?

Government negotiators from nearly 200 countries were present in Glasgow, with 140 countries having strong intentions and commitments on climate change - Australia not being one of them.

The two-week conference was extended into an extra day of negotiations. Fortunately, the COP26 climate summit ended with a global agreement.

Four of the main findings include:

The agreement does aim to cap global warming at 1.5 degrees Celsius, but the actions put in place so far are not yet enough to meet this number.

According to the Climate Action Tracker, if all the commitments made in the lead-up to COP26 and at the summit were to be met, the world could be on a pathway to 1.8 degrees warming.

Scientists say that to go beyond a rise of 1.5 degrees Celsius would unleash extreme sea-level rise and catastrophes including crippling droughts, monstrous storms and wildfires far worse than those the world is already suffering.

The pact has also called on countries to start shifting to clean energy sources and accelerate efforts to phase down coal power and fossil fuels.

During the last-minute negotiations, the language used in the deal was changed from "phase out" to "phase down" in relation to coal power. This essentially means there has not been a commitment to the elimination of coal power, rather a decrease, which has left many frustrated.

The deal gave the poorest nations more promises, but no guarantees, that they would finally get more of the financial help they have long been told they will get.

A UN committee will also report next year on progress towards delivering the $US100 billion per year in overall annual climate funding that rich nations had promised by 2020 but failed to deliver.

Yet even $US100 billion a year is still short of poorer countries' actual financial needs, according to the United Nations.

4. A landmark new pledge on deforestation.

Over 130 nations including forestry giants such as Brazil and Indonesia, as well as Australia, signed a pledge to end deforestation by 2030. Brazil later clarified however that it would only end "illegal logging".

The deal was accompanied by a commitment of $US19 billion to help protect forests.

📢 BREAKING: The #COP26 Glasgow Climate Pact has been agreed.

It has kept 1.5 degrees alive.

But, it will only survive if promises are kept and commitments translate into rapid action.#TogetherForOurPlanet pic.twitter.com/PtplIsVPCF

Reactions from the Glasgow Climate Pact.

Overall, the reaction has been quite mixed.

Some are acknowledging the great targets and deals that have been made. Others are labelling the summit "a tsunami of greenwashing," and arguing whether COP26 was a bit of a PR-spin rather than a true commitment to change.

One positive highlighted by Australia's Climate Council is the fact that for the first time in 26 years of COP summits, there is a specific call to move beyond coal power and phase out fossil fuel.

But ultimately, there is concern this climate pact is too little too late, encouraging incremental progress rather than immediate action.

"Our work is far from done. The real test is going to be whether the Glasgow summit manages to kick-start a truly transformation decade of climate action," said Simon Bradshaw, the Head of Research for Climate Council.

Climate change activist Greta Thunberg was also left doubtful over the validity of COP26, suggesting that stronger promises and action are needed.

Now as #COP26 is coming to an end, beware of a tsunami of greenwashing and media spin to somehow frame the outcome as “good”, “progress”, “hopeful” or “a step in the right direction”.

Where does Australia stand?

In 2015, the United Nations Paris Agreement was ratified with the long-term goal of reducing global warming to no more than 1.5 degrees Celsius.

Every five years, each country that adopted the agreement has been expected to submit or update their Nationally Determined Contribution (NDC), which is basically a climate action plan to keep everyone ambitious about achieving net zero.

What the tracker shows is that Australia's current policies and actions are only keeping greenhouse emissions in the range of 3 to 4 degrees Celsius, therefore not in keeping with the 1.5 degrees Celsius Paris Agreement. 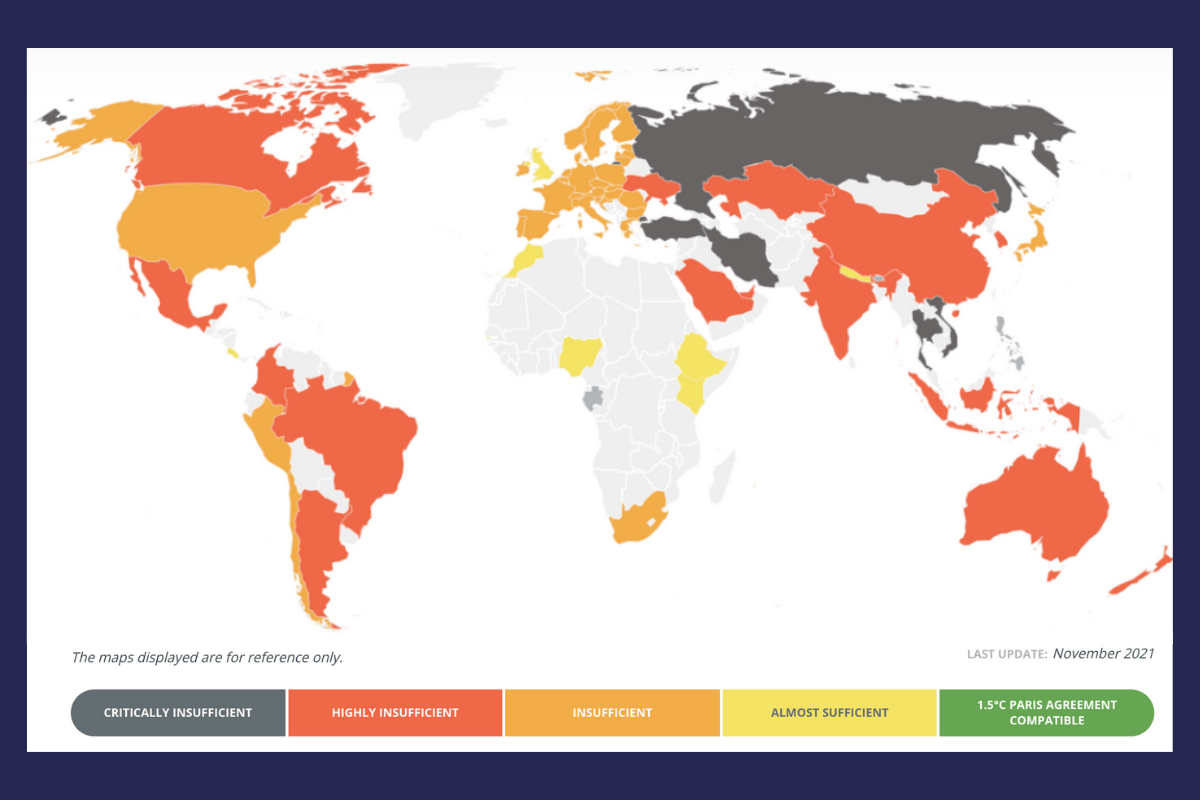 In July this year, Australia was ranked last for climate action in a report that compared nearly 200 countries around the world.

So with the Glasgow Climate Pact in mind, the negotiations that took place at the COP26 summit have placed "enormous pressure on Australia to step up its efforts during the critical years ahead," says the Climate Council.

Listen to The Quicky. COP26: Is Australia really that sh*t on climate change? Post continues after audio.

There's no denying that for Prime Minister Scott Morrison, COP26 was quite the challenge. Whether it be the Federal Government's lack of commitment to climate change or the challenging relationship with French President Emmanuel Macron, Morrison's attendance drew a lot of headlines for all the wrong reasons.

Not to mention Australia's net zero plan which doesn't yet come with any law or policy changes.

Emeritus Professor Will Steffen, a climate change expert, told The Quicky there are a number of problems with Australia's goal of net zero by 2050.

"One is, it's still extremely vague as to how we might possibly meet a net zero by 2050. And second of all, the science is pretty clear that net zero by 2050 is too late," he said.

"Globally, we need to aim for net zero by 2040. Here in Australia, we could actually do a bit better than that and reach net zero in mid-2030s." 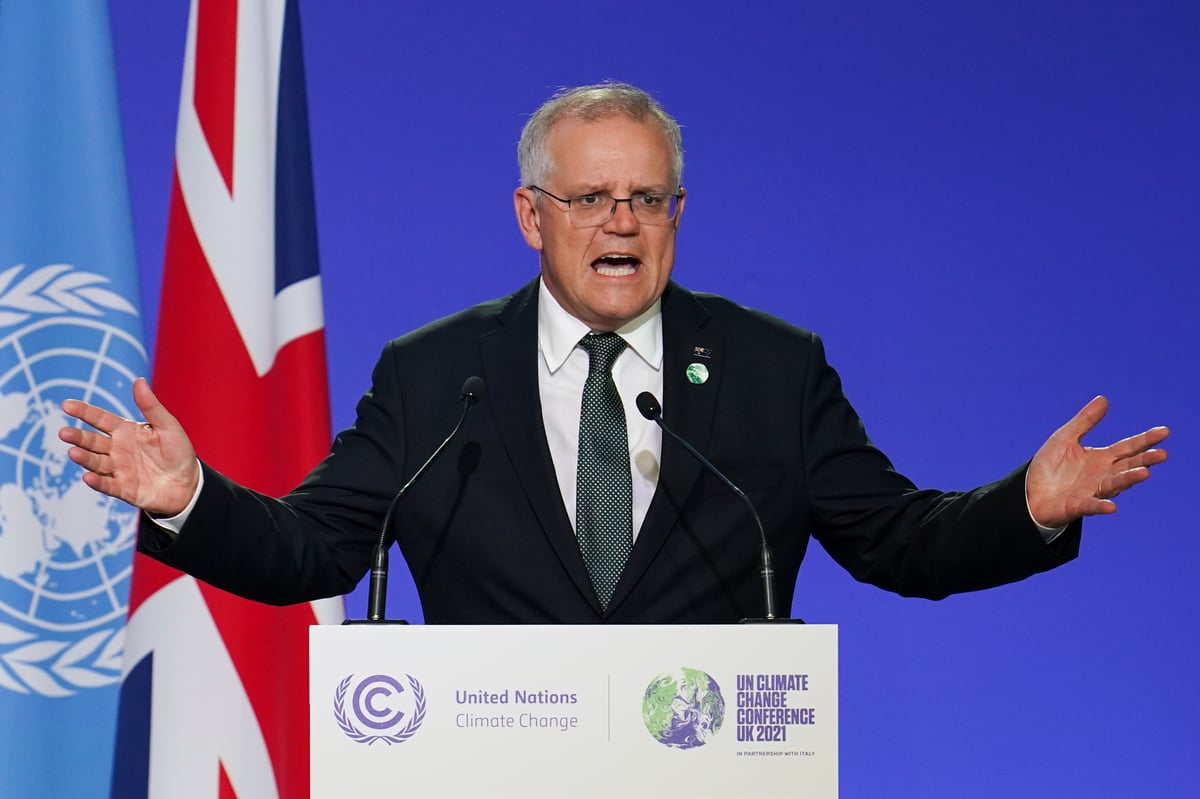 Image: Getty. In his national statement address at the Glasgow summit, Morrison said: "Our researchers, scientists, entrepreneurs, investors and most importantly our people are ready. The Australian way is to bet on them: and we think that’s a good bet."

Time will ultimately tell whether the Federal Government will choose to bet on the Glasgow Climate Pact.