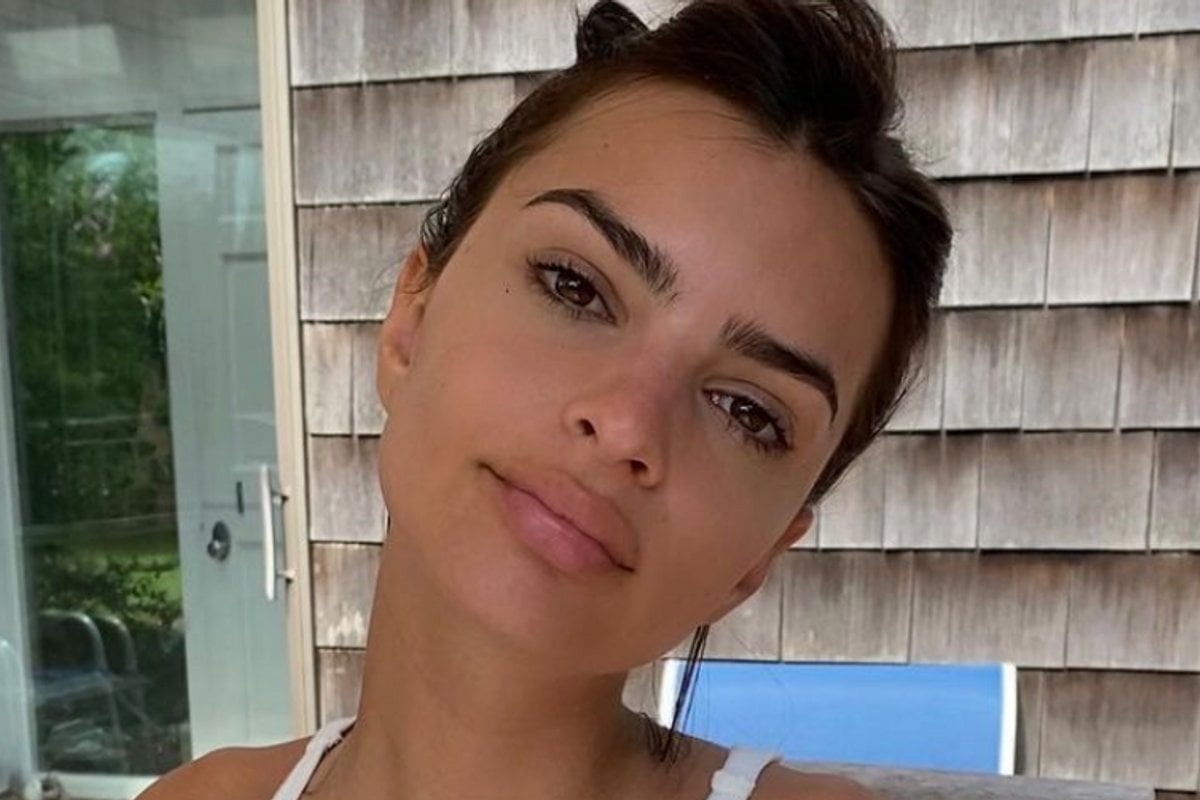 This week, a 12-word joke on Instagram led to a feminist crisis.

Ratajkowski's body is devoid of rolls or cellulite, her skin golden with professional studio lighting, and her proportions impossibly rare. This, of course, is not her fault. But it is how she has made much of her money, which makes those details relevant.

Barber's body looks like most. That is where the comedy lies.

If the number one rule of comedy is to punch up, then Barber is an example of a comedian who never faults. The content she imitates features some of the most beautiful, rich and powerful women in the world, Ratajkowski being one of them. The butt of the joke, really, is Barber herself. While a model writhes around on the beach as though she's having an orgasm, or wears a swimsuit so small it's incompatible with the female anatomy, Barber's whole point is that she doesn't measure up. Eight and a half million people follow her on Instagram because, inevitably, neither do we.

But as good parody does, Barber's posts also reveal the absurdity of an industry that sexualises and objectifies women, with the end goal to make (most) women hate themselves. This is the work of an institution - not a person. Four days ago, however, Barber struck a slightly different tone.

It is not the parody of Ratajkowski that is attracting criticism, but the caption beneath it. Barber wrote: "We are sick of you objectifying our bodies! Also, here’s my ass."

Major publications were quick to call Barber's post "misogynistic", with some suggesting she had "punched down" on sex workers. It seems like a stretch to accuse Barber of blaming sex workers for their own assault, based on a post that was very clearly, and very specifically, about Ratajkowski herself.

Ratajkowski is not a sex worker. With 28.5 million followers on Instagram, a net worth estimated to be above $8 million, and a book about to be released that is set to be one of the biggest of the year, it's unclear how Barber could possibly be punching down.

Lauren Beckman wrote for The Sydney Morning Herald, "Ratajkowski may not see Barber’s post because the model has blocked her but I guarantee many women who have been abused will. And they will continue to internalise that shame and guilt that society has instilled in us, that tells us if we are sexually assaulted, it is our own fault. You clearly wanted it. What were you wearing? You led him on. What did you expect would happen?"

Again, I'd argue that's a stretch. Suggesting that a woman wearing only a g-string on a set might be complicit in her own objectification, is not the same thing as being a rape apologist.

"Don't objectify me" is not the same thing as "don't rape me". To accuse Barber of arguing that any woman who shows her ass is deserving of sexual assault is to intentionally misunderstand her point.

In fact, I don't think Barber's joke has much to do with Ratajkowski choosing to show us her ass. Ratajkowski can do what she likes.

It's got to do with Ratajkowski co-opting the language of feminism to explain why she shows her ass.

We had a heated discussion about Celeste Barber's joke on Friday's episode of Mamamia Out Loud. Post continues below.

Again - there is nothing wrong with a woman posing naked for a largely male gaze. But can we at least agree that's what she's doing?

Does this mean she deserves to be sexually assaulted, like she alleges she was during the shooting of the music video 'Blurred Lines' and on a photoshoot early on in her career? Absolutely not. What a woman wears, what a woman looks like or what a woman does for a living never, ever, justifies or excuses sexual violence. Ratajkowski does not deserve what allegedly happened to her more or less than any other woman.

Does this mean she deserves to be stalked by the paparazzi, or have nude photographs leaked that were intended for an intimate partner? No. That's inexcusable.

There is, however, some hypocrisy in asking that the world stop objectifying you, when images of your body are selling for $175,000. Her body has quite literally been commodified. It has sold fast food and perfume and lingerie. Are we to pretend that Ratajkowski hasn't entered into some sort of patriarchal bargain? Where her body earns her both money and power, perpetuating a game that almost every other woman loses?

The irony is that no one is as aware of this as Ratajkowski herself. She writes in her new book My Body that her own hypocrisy gives her a headache.

While she knows modelling comes at a price, she says she will continue to do it because it makes her money and she likes it.

So the question becomes: Can you choose to commodify your body, because it makes you money and you like it, and purport to be a feminist activist? If you are a cog in a patriarchal machine, are you absolved if you're able to acknowledge that it's patriarchal?

Ratajkowski must know her body serves a capitalist function, and that is to make other women feel bad about their own. We wear the swimsuits she models for us, so we might look less like ourselves and more like her. We wear the perfume she holds, because we want the men we like to look at us the way they look at her. Her job has been, at least for the most part, to be a sex symbol. Now she's written a book about her thoughts and her feminism but it's called My Body. Are we really pretending this isn't complicated?

The New York Times published an article last week titled, "Emily Ratajkowski Is A Work In Progress." Ratajkowski has eloquently and insightfully acknowledged that herself.

Her new essay collection is described as taking stock of "what she's gained and lost from selling her image for a living".

Perhaps that is precisely the point Barber was attempting to make with what turned out to be a very inflammatory 12-word joke.

Reply
Upvote
1 upvotes
The "problem" is that we now demand  high profile women say they are women's activists, empowered, feminists,... but when they do, we turn around and say: no you are not, you're just saying you are.
M
mamamia-user-482898552 3 months ago

Reply
Upvote
@simple simon Uh, in the context of this discussion, I don't think anyone is "demanding" high-profile women be anything... what we would like is for them to stop being hypocrites. Feminism is not a brand or something you co-opt for attention.
M
mamamia-user-556745246 3 months ago

Reply
Upvote
3 upvotes
The New York times article also mentions when she's on paid holiday in the Maldives and says she isn't like "the real rich people". It's interesting that she makes that assumption around everyone around her. Instead of thinking "I'm being paid to be on this holiday, I wonder if anyone else is" or "I don't feel I belong here, does anyone" Very human I think but also slightly strange to me. Also if she isn't a "real rich" person this just signifies how scarily her scale has changed
News
General
Opinion
True Crime
Politics
Sport
Explainer
Entertainment
Celebrity
Reality TV
Movies
TV
Books
Rogue
Royal
Lifestyle
Beauty
Fashion
Weddings
Home
Wellness
Health
Fitness
Travel
Food
Parents
Before The Bump
Pregnancy
Baby
Kids
Teens
School
Parent Opinion
Work & Money
Money
Finance
Career
Lady Startup
Relationships
Sex
Dating
Separation
Friendship
Family
Real Life
Couples