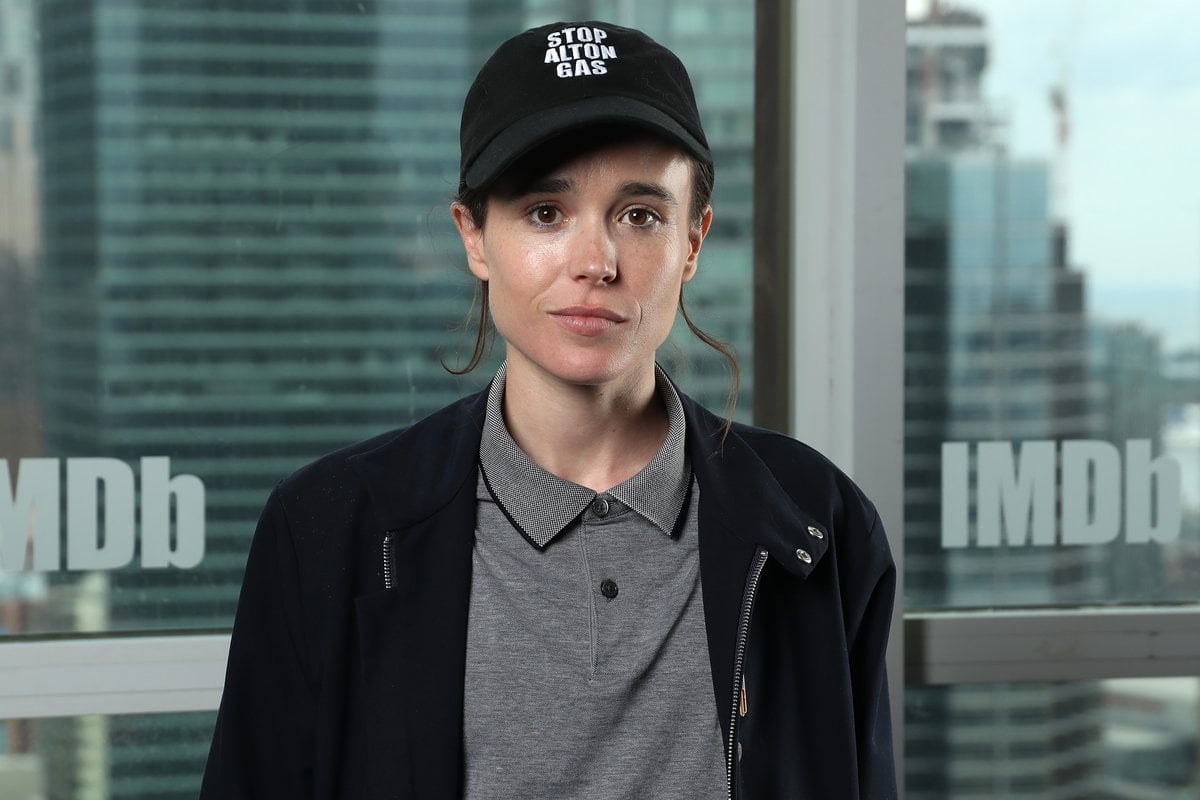 Oscar-nominated Juno and Umbrella Academy actor Elliot Page has announced he is transgender.

Elliot shared a statement with his social media followers, making the announcement.

"Hi friends, I want to share with you that I am trans, my pronouns are he/they and my name is Elliot.

"I feel lucky to be writing this. To be here. To have arrived at this place in my life. I feel overwhelming gratitude for the incredible people who have supported me along this journey. I can't begin to express how remarkable it feels to finally love who I am enough to pursue my authentic self.

"I've been endlessly inspired by so many in the trans community. Thank you for your courage, your generosity and ceaselessly working to make this world a more inclusive and compassionate place. I will offer whatever support I can and continue to strive for a more loving and equal society," he wrote.

Page asked for patience, saying he was scared about "the invasiveness, the hate, the 'jokes' and of violence", pointing to consequences of government policy and social attitudes towards the trans community that made them more vulnerable to violent crime.

Page said he would never be silent on these issues.

"To all the trans people who deal with harassment, self-loathing, abuse, and the threat of violence every day: I see you, I love you, and I will do everything I can to change this world for the better."

Portner shared her support directly after his announcement on her own Instagram account, writing: "I am so proud of @elliotpage. Trans, queer and non-binary people are a gift to this world.

"I also ask for patience & privacy but that you join me in the fervent support of trans life every single day. Elliot's existence is a gift in and of itself. Shine on sweet E. Love you so much."

🖤🎻🖤So proud of our superhero! WE LOVE YOU ELLIOT!!!

Several celebrities voiced their support too, including Olivia Munn and Orange is the New Black's Natasha Lyonne.

I ❤️ you Elliot. https://t.co/woFRUUCUoD

Musicians Tegan and Sara Quinn said Page's "strength, bravery and activism - not to mention all the art you contribute to this world - is truly special".

Profound love and admiration for you @TheElliotPage !! Your strength, bravery and activism - not to mention all the art you contribute to this earth - is truly special. Thank you for being so open about your journey and for fighting so hard to make the world a better place. ❤️❤️ https://t.co/2WLs0eT49v

Page, from Nova Scotia, began acting as a child on Canadian television before starring in a number of major American movies.

The following year, Page played the title character in indie film Juno, that became a box office and critical success. The role earned him an Academy Award nomination.

Other notable roles include in Christopher Nolan's Inception and X-Men: Days of Future Past.

In 2019, Page made his directorial debut with the documentary There's Something in the Water, exploring environmental racism faced by Black Canadian and First Nations women.

Page came out as gay in 2014, sharing the announcement in a personal speech at Time to Thrive, a conference to promote the welfare of LGBT youth.

"I'm here today because I am gay," Page told the audience.

"And because maybe I can make a difference, to help others have an easier and more hopeful time.

"Regardless, for me, I feel a personal obligation and a social responsibility. I am tired of hiding and I am tired of lying by omission. I suffered for years because I was scared to be out. My spirit suffered, my mental health suffered and my relationships suffered. And I'm standing here today, with all of you, on the other side of all that pain."

In a 2017 Facebook post, Page alleged that X-Men director Brett Ratner outed him as gay on set of X-Men: The Last Stand, when he was 18 years old, almost a decade before he came out publicly.

Co-star Anna Paquin backed up Page's story, saying she was there at the time.

Page also wrote of assault and abuse within the industry, and called that year's #MeToo movement a "long-awaited reckoning", as reported by Buzz.

''When I was sixteen a director took me to dinner (a professional obligation and a very common one). He fondled my leg under the table and said, 'You have to make the move, I can't.' I did not make the move and I was fortunate to get away from that situation. It was a painful realisation: my safety was not guaranteed at work.

''An adult authority figure for whom I worked intended to exploit me, physically. I was sexually assaulted by a grip months later. I was asked by a director to sleep with a man in his late twenties and to tell them about it. I did not. This is just what happened during my sixteenth year, a teenager in the entertainment industry."

Page has become one of Hollywood's most outspoken advocates for the LGBTQI+ community.

He hosted Vice's Gaycation travel series, exploring Queer cultures around the world, and played an out gay woman in 2015 romantic drama Freeheld, which centred around his character's fight for rights in a gay domestic relationship.

Reply
Upvote
8 upvotes
And to those who have an issue with switching pronouns, I say, what would Juno?
snorks 2 months ago

Reply
Upvote
1 upvotes
@snorks I had no way of understanding the context until you said that. I feel like Mickey McThick from Thickland
gu3st 2 months ago

Reply
Upvote
1 upvotes
@random dude Don't think like that! You don't just FEEL like Mikey McThick, you ARE Mikey McThick! :)
laura__palmer 2 months ago