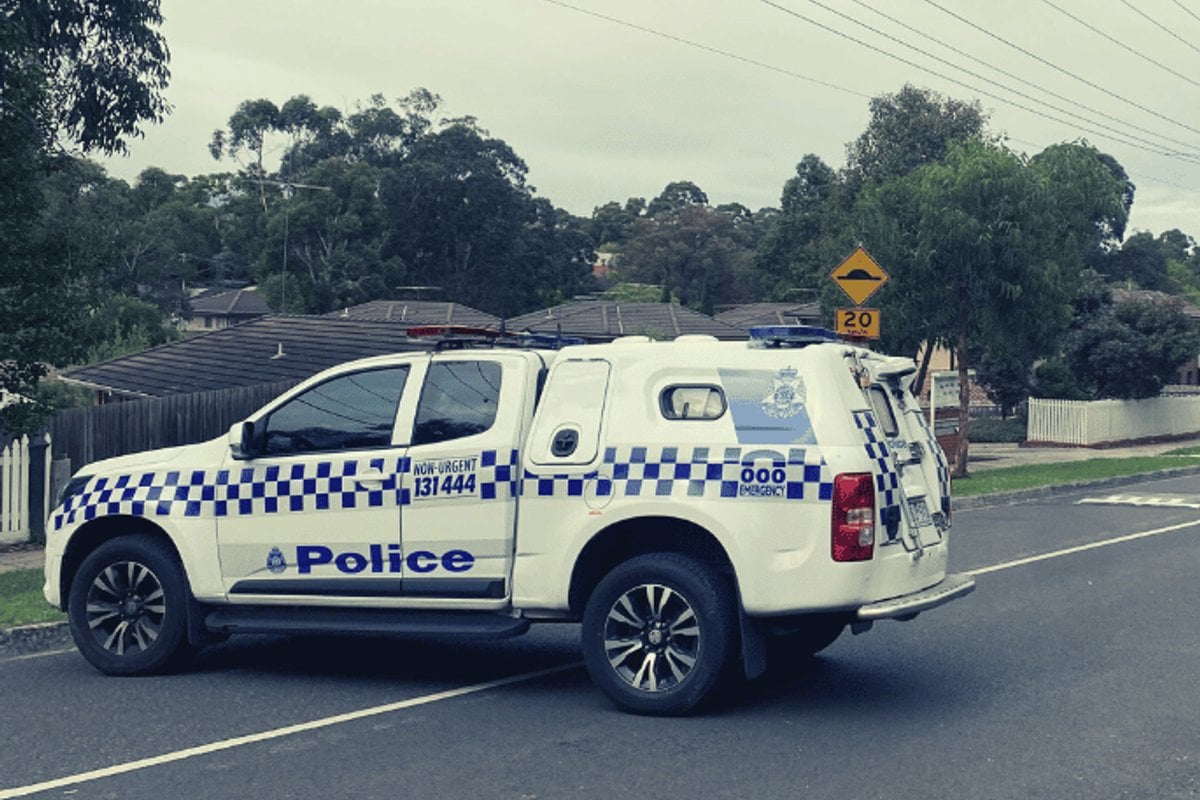 This story deals with domestic violence and could be triggering for some readers.

It's just one of the handwritten notes that sits alongside tumbled flowers, part of the makeshift tribute that lines the front of her Croydon North home.

It's the home in which she might have cooked meals for her family, or sipped tea on her couch after a busy day, or stared into her child's weary eyes as they fell to sleep.

But we can only guess about her, her routine, likes and dislikes. Because we don't know her and her story.

Instead, we know only of its cruel end: How her home became the scene where she was allegedly stabbed to death on Saturday evening by her husband, while her toddler was in another room.

Women and Violence: The Hidden Numbers. Article continues after video.

In respect of her family's requests, we won't share her name or face.

But his name is Dr Adam Brown. He is a 40-year-old senior lecturer in digital media at Deakin University.

Neighbours said they heard a woman's screams at the time of the attack, the Herald Sun reported, with one rushing to perform CPR on her before she died in the home.

Throughout yesterday, forensic police were seen emerging from the property with bags of bloodstained evidence.

"An academic?," I've heard some shake their head in disbelief.

It's a reminder that once again, domestic violence does not discriminate; nor is not exclusive to one particular socio-economic group. Or cultural group. Or religious group. Or age group.

It's a problem that affects all of us.

Detectives are investigating the death of a 35-year-old woman after her body was found in her home at Croydon North l @RebekaPowell pic.twitter.com/WqaXuiXezP

And here we are: three days into Domestic Violence and Family Violence Awareness Month, and we've already lost one woman, allegedly to domestic violence.

She is the 18th woman to have allegedly lost her life to domestic violence just this year.

As women, we don't need a dedicated month to be 'aware' that Australia is in the grips of a domestic violence crisis.

We are aware every time we walk to our car on a dimly lit street, our heart pumping in our ears. Walk faster. "Don't forget to hold your keys in your hand."

And we are very aware that on average, one woman loses her life to domestic violence every week.

Because change is too slow and sluggish, and women continue to be treated like a small group rather than half of the country. Our safety, an afterthought, or found as a footnote to the election campaigns playing out.

And so, I'm sickened to think; inevitably, which woman's name will we come to know next week?