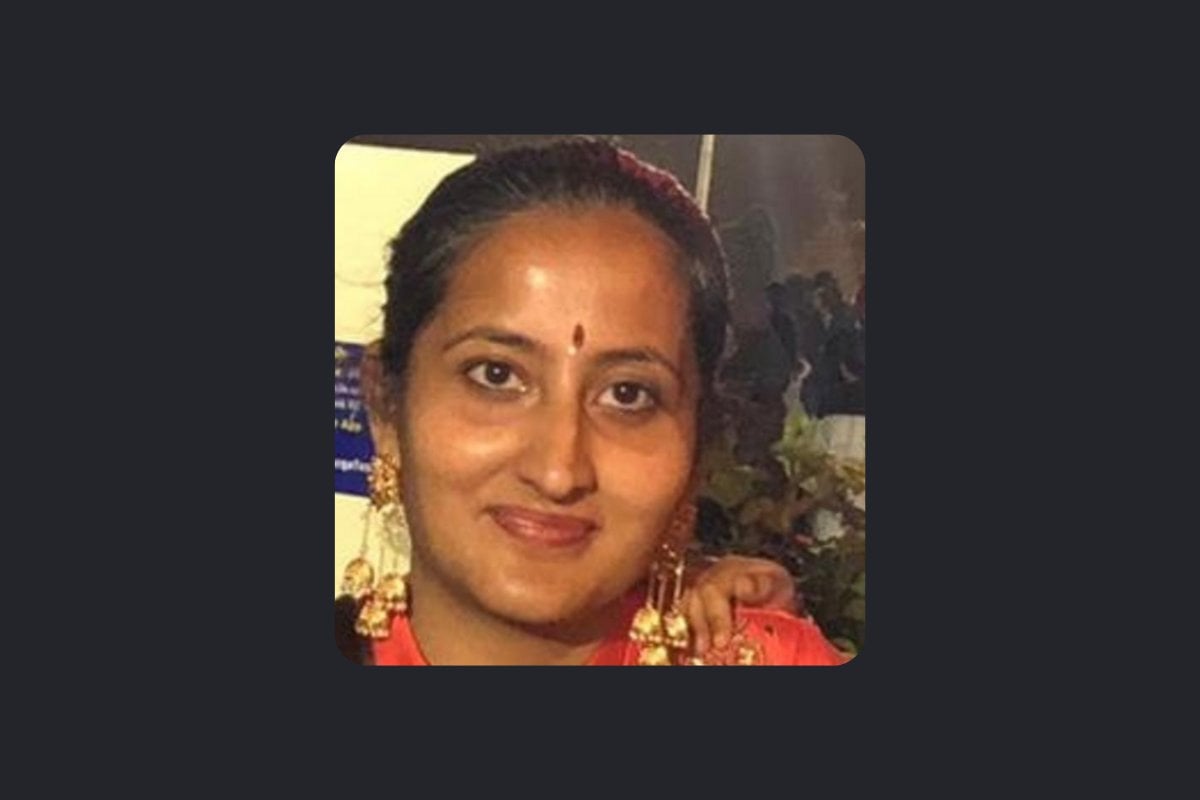 This article deals with domestic violence and a child's death and may be triggering for some readers.

16 days into 2022, we have already lost two women to domestic violence. It is two, too many.

On January 13, Poonam Sharma was murdered in her Mill Park home in Melbourne. She had been stabbed multiple times, allegedly by her husband.

Poonam, aged 39, had escaped her home, bleeding and injured, and fled to her neighbours' house while calling for help. She was allegedly pursued by her husband and left for dead on the neighbour's doorstep.

Poonam's two daughters were at home at the time: six-year-old Vanessa and ten-year-old Angela.

Sadly, Vanessa was also found with stab wounds when police arrived at the scene at 7:50pm. Poonam died at the scene, and Vanessa was taken to hospital in a critical condition where she later died. Angela, miraculously, was able to escape physically unharmed.

Homicide squad Detective Inspector Dean Thomas said Angela is now safe and receiving emotional support, noting: "She's been through a terrible, terrible incident, so we want to make sure she's as good as you can be."

On arrival, police located Poonam's husband Prabhal Sharma, aged 40, who then turned a knife on himself. He is now under police guard at hospital, with self-inflicted injuries. Detective Inspector Thomas confirmed the man was known to police.

It was also confirmed police had attended the Mill Park home at about 12.50pm that same day for a psychiatric assessment. Detective Inspector Thomas said the person was cleared.

Only hours later did the killing unfold.

Tributes for Poonam and Vanessa have been swift.

One family friend wrote on Facebook, "We had the privilege of watching both Angela and Vanessa both grow into beautiful little girls. Poonam always strived to be the best person she could be for her girls. We are all so saddened and shocked by this tragedy.. our hearts go out to Angela. May she receive the support she needs to overcome this."

A person close to the family told The Age that Poonam was a "good mum who had done everything for her kids".

The girls, according to the neighbours, loved ice cream and walking together to a nearby park to play.

Listen to The Quicky: The impact of family violence. Post continues after audio.

"We are in shock, we can’t believe it," Mr Saini told the Sunday Herald Sun. "How can he do this to his wife and daughter. We are a very peaceful family with no enemies and no wrongdoings. Poonam never harmed anyone. She was a very good mother. Everybody loves her, she was very sweet."

Exclusive: The grief-stricken parents of a woman stabbed to death by her husband in their Mill Park home are inconsolable over the spree of violence which also killed their six-year-old granddaughter. @theheraldsun https://t.co/66Xu1TSCHL

Mr Saini also said Poonam's parents are planning to fly to Melbourne as soon as they can.

"They are inconsolable. The only relief will be a call to speak to their granddaughter... they just want to console her. We are trying our best to send them to Melbourne: someone in the family needs to be there for Angela."

He concluded: "We want justice but first priority is Angela."

According to Australian news outlet South Asian Today, Indian women in Australia can be at "particular risk of family violence", with an increasingly higher number of cases reported to police and community leaders, "especially citing dowry and regressive gender roles".

A 2020 major survey of approximately 1400 migrant and refugee women across Australia, the most comprehensive of its kind nationwide, found that one third have experienced some form of domestic and/or family violence.

The survey was conducted by Harmony Alliance, a migrant and refugee women advocacy organisation.

There has been another tragic suspected family violence murder overnight in Melbourne.

My love and deepest condolences to the family and friends of Poonam Sharma who was killed alongside one of her daughters in this horrific act of violence. (1/4)https://t.co/OQ4uvcY6mF

In a statement, Harmony Alliance said: "Newly arrived migrant and refugee women are among the most vulnerable to family, domestic, and sexual violence. Any national plan to reduce the occurrence of family, domestic, and sexual violence against women in Australia must address migrant and refugee women’s concerns at a structural level."

Investigations into the murder of Poonam and Vanessa are ongoing.

If you would like to help support Angela, a GoFundMe page has been set up by a close friend of Poonam's, also organised with the approval of Poonam's parents. You can donate here.

If you or someone you know requires assistance or support contact Lifeline: 13 11 14.

A
anonymous 4 months ago

Reply
Upvote
We need not to be afraid to say out loud that there is a serious problem with family violence within the Indian community. As a mental health professional, I have supported many Indian women, brought to Australia by husbands who promise them a happy married life but then control them with violence. The worst part is that it often takes place with a complicit mother-in-law, who can contribute and even direct the wife's poor treatment. 25000 women in India take their lives annually. As Australia has a large Indian population, we need to be having this conversation and working to change Indian mens' culturally supported sense of entitlement to being able to violently control their women.
S
sharon.fenton 4 months ago