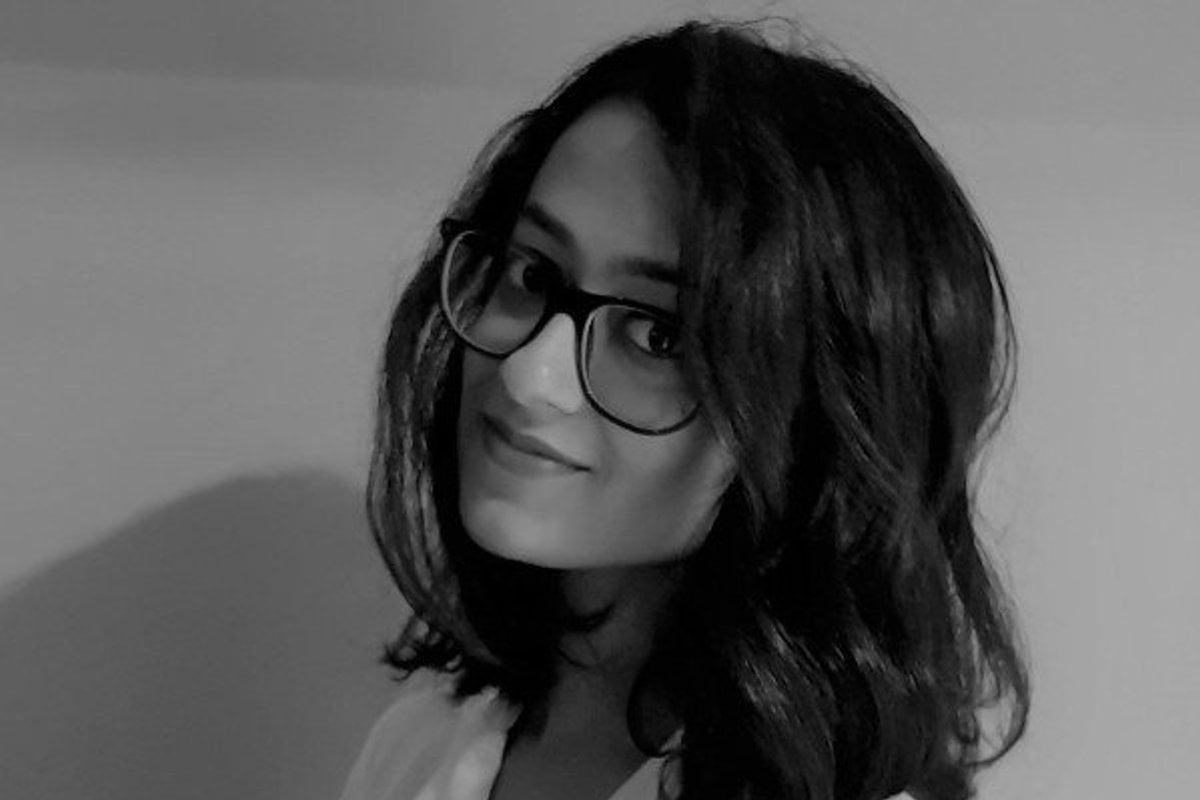 The corridors of Canberra, the heart of Australia’s democracy, are experiencing a reckoning.

Secrets that have been shielded from the eyes of the public have, in the past few weeks, been brought to the forefront of the nation’s attention.

Since February 15, the public has learnt of six women who have allegedly experienced sexual misconduct - ranging from harassment to assault - at the hands of men who have worked, or do work, in politics.

Yes, so far these are only allegations, but the number of women who have worked in our parliaments now confirming a toxic culture exists in Australian parliaments is overwhelming.

So, how has the Prime Minister responded? Scott Morrison has commissioned a review of the workplaces of Commonwealth Parliamentarians and their staff.

What he hasn’t responded to, though, is an eight-page letter sitting in his inbox from a former Liberal staffer who says she has experienced this toxicity first-hand. 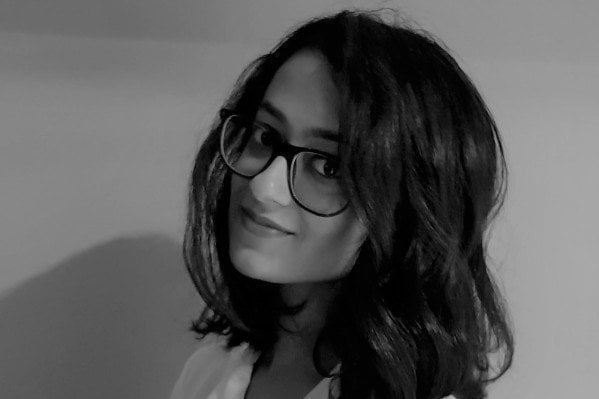 Dhanya Mani is a former Liberal staffer who was allegedly sexually assaulted by a male colleague in 2015. Image: Supplied.

Dhanya Mani provided the letter to Mamamia, which she sent to the Prime Minister on February 16 - one day after Brittany Higgins’ public allegation that a Liberal Party colleague raped her in Parliament House.

In the letter, Mani alleges that in 2015, while working as an assistant adviser to the then-Speaker of NSW Parliament, she was sexually abused by a male colleague (an allegation she first made public in July 2019).

When she told her supervisors and members of NSW Parliament what allegedly happened, she says none of them offered to help.

“In fact, some individuals denied I was telling the truth, told me that my career would be over if I spoke out, or said that I should be flattered my perpetrator had shown such an interest in me as he was a successful staffer.”

Mani tells Mamamia she did not go to the police over the alleged incident because “the criminal justice system isn't a process that empowers a woman to take charge of what happened”.

Within months, Mani left her job. She says she “definitely felt pressure to leave” and adds that she was “afraid” she “would have a mental breakdown” if she stayed working in politics.

The former Liberal staffer is asking to meet with the Prime Minister to discuss the treatment of women in politics and how to create a positive change. She says Morrison’s “failure to resolve these issues [earlier] meant that yet another woman – Brittany Higgins – has been forced to go through the trauma of telling her story publicly.”

Mani tells Mamamia, “if Scott Morrison doesn't have the capacity to care about these broader issues, then he should resign.” She believes the Prime Minister holds responsibility for part of the anguish her and fellow accusers of alleged sexual assault at the hands of men in politics have suffered.

“As the leader of this country, a large political party, and the leader of our democracy – you bear specific, ultimate responsibility for the mental anguish, suffering, and ongoing harm that myself, Brittany, Chelsey [Potter], and countless others have suffered – are suffering – and will continue to suffer unless you take action,” Mani writes. 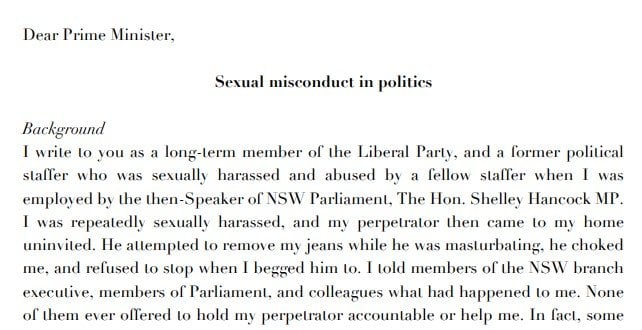 The beginning of Dhanya Mani's letter to the Prime Minister. Image: Supplied.

Although no longer working in politics, Mani remains committed to advocating for trauma-informed law reform and institutional change.

After going public with her account, Mani co-founded a movement called ‘Changing Our Headline’ alongside Chelsey Potter, who is another former Liberal staffer who has alleged she was sexually assaulted by a male colleague. Their movement is designed to provide support for, and advocate for, victim-survivors of sexual misconduct and abuse in all workplace settings, including parliaments.

On their website, they have provided a survey where survivors of serious sexual misconduct in the workplace can share their stories. They have received hundreds of responses from women. Now, Mani is asking the government to recognise violence against women “as the national emergency that it is”.

And she wants to advocate for trauma-informed legislative change by meeting with the Prime Minister.

Mani argues that victims of sexual harassment and abuse in the workplace - whether in parliament or elsewhere - are not offered independent support if they come forward with allegations against a colleague. She wants that to change.

Among her series of requests of the Prime Minister, she also wants him to “apologise unreservedly” for his failure “to ensure we have a safe place to work”.

Just 4 things that need to change in Australian politics to keep women safe.

Mani further asks Morrison to: “Make a commitment to continue discussions with myself, other survivors, and all women who have been/are involved in political life to reform legislation, policies, and toxic cultural norms that have caused us inexcusable, immeasurably grievous suffering.”

“Where a crime has occurred, only the police are equipped and trained to provide an outcome for victims. As the Australian Federal Police Commissioner has outlined in advice to all Parliamentarians, reporting to the police is the way to ensure crimes are investigated and the rights of victims are respected.”

The NSW Liberal Party also provided a comment, saying: “The Liberal Party takes allegations of harassment and assault very seriously. They are completely unacceptable in any circumstances, and we support their investigation by appropriate authorities.”

T
thunder a year ago

Reply
Upvote
1 upvotes
Yes but they may be Liberal voters also. You could say the same about female candidates and ministers but they don’t change their political persuasion willy nilly. What I find interesting is most of these allegations/complaints are coming from the Liberals in Parliament House. I am not saying there won’t have been some problems in the other camps but it seems to be predominantly Liberals, says a lot for what they think of women. They are really an arrogant, superior (they think) type of male.
A
anonymous a year ago