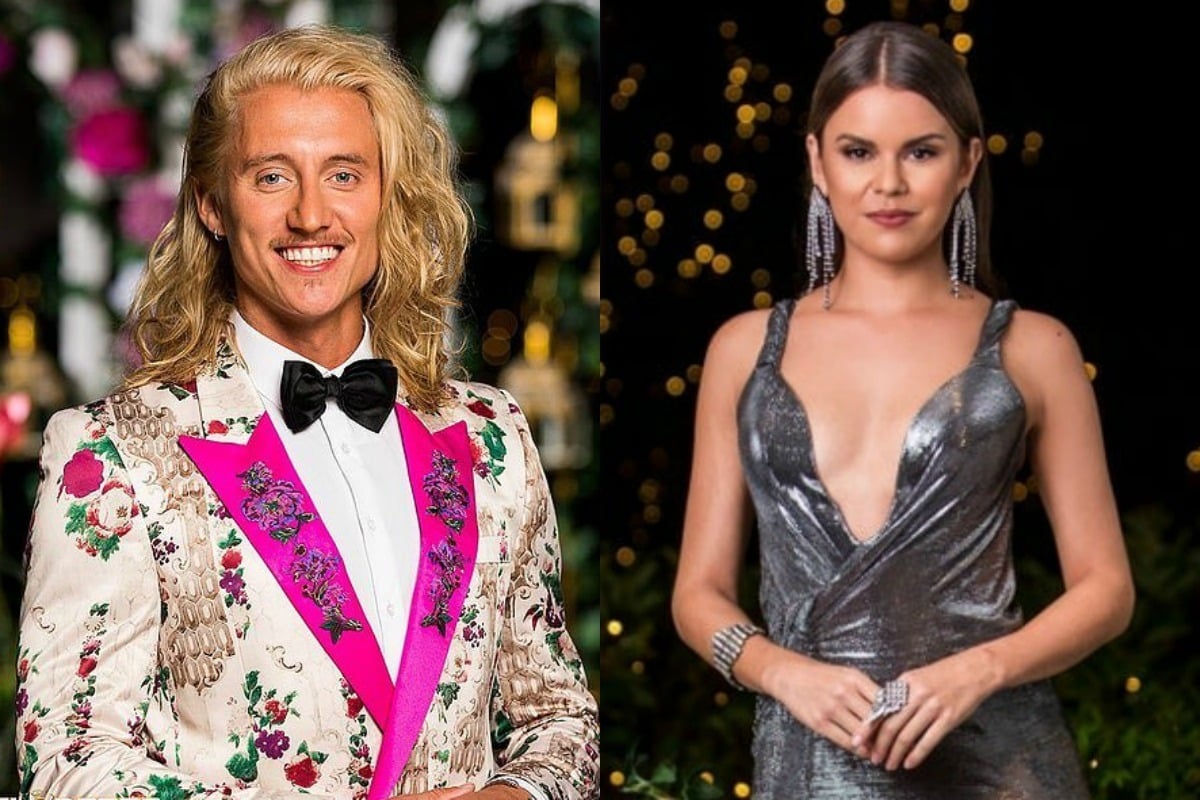 1. Oh dear. It looks like Ciarran's ex-girlfriend is joining Bachelor in Paradise.

It looks like we're in for an interesting season of Bachelor in Paradise.

You see, Ciarran Stott's ex-girlfriend and former Bachie contestant, Renee Barrett, is rumoured to be joining the show.

The 26-year-old seemingly confirmed the news during an interview with Manchester Evening News earlier this year.

"I think I'll go from the sweetheart of Australia to the bad boy of Australia so that won't be good," Ciarran told the British newspaper.

"My ex-girlfriend was on there as well which isn't ideal and I just thought I was on Love Island so was trying to get with every bird possible."

The pair reportedly began dating when they both lived in Darwin. Apparently things didn't go well when Renee later applied for Matt Agnew's season of The Bachelor.

"As soon as he [Ciarran] found out she'd been cast on Matt's season and was about to start filming, he decided to get on The Bachelorette," an inside source supposedly told the Daily Mail.

"Casting producers were aware of this and it definitely helped his cause. His friends are saying he mostly went on to get back at Renee."

It's rumoured that the pair got back together after Ciarran left Angie Kent's season of The Bachelorette. They were even seen at a holiday in Bali together with other Bachie alumni in a photo uploaded to Instagram.

According to the Daily Mail, Ciarran later broke things off with Renee when casting began for Bachelor in Paradise.

So far, Channel Ten haven't officially confirmed that Renee will be joining the show, so we'll just have to wait and see what happens when Bachelor in Paradise airs on Wednesday, July 15 at 7.30pm.

2. "It’s a bit weird." Bachelor in Paradise's Timm Hanly on staying in touch with Angie and Carlin.

Bachelor in Paradise's Timm Hanly has spoken about his friendship with Angie Kent and Carlin Sterritt, who announced their break up last week.

The 28-year-old, who also appeared on Angie's season of The Bachelorette, told WHO magazine that he's kept in touch with Carlin since filming the show.

"Yeah, I speak to Carlin. I used to speak to them a bit, but I just let them do their thing," he told the publication.

"It's a bit weird," he added. "You go from being so close to someone [on the show]. I was so close to both of them that it's weird."

When asked how he was going, Timm replied "I'm flying". Which is exactly what we want to hear.

Australia first fell in love with Timm when he become runner-up on The Bachelorette last year and took being broken up with on national TV like an absolute champ.

He is set to return to our screens in the upcoming season of Bachelor in Paradise.

3. Amy Schumer has shared the extreme lengths she went to avoid the paparazzi while pregnant.

Comedian Amy Schumer has revealed the extreme lengths she adopted to avoid paparazzi following her while she was pregnant.

In her new documentary Expecting Amy, which is available to stream now on Binge, the 39-year-old details how she asked her assistant – who also happens to be her sister-in-law – to dress up as her to trick photographers.

"The day after her pregnancy we had a lot of paparazzi outside waiting," Chris Fischer, Schumer’s husband, says in the three-part documentary series. 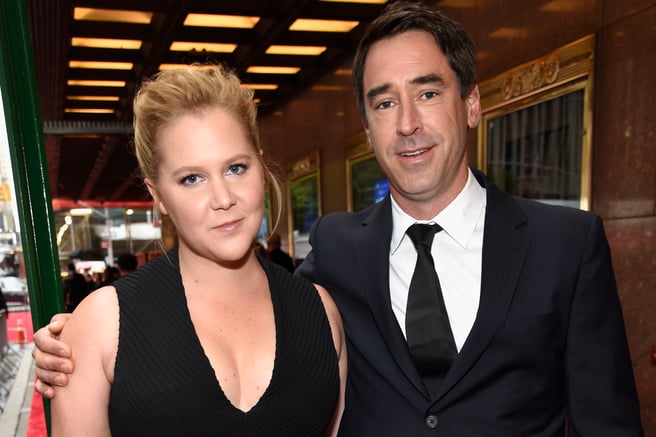 Molly, who is Fischer's younger sister, tried to fool them to stop them from following the comedian.

"She took Tatiana [Schumer’s dog] and put on a hood," Fischer remembers.

And, the ploy worked! Molly and Fischer drove around New York for hours while paparazzi followed them and Schumer privately attended an appointment.

4. "It was absolutely perfect." Brittany Snow shares new photos from her wedding to Tyler Stanaland.

Brittany Snow has shared never-before-seen photos of her wedding to her now-husband Tyler Stanaland.

"In early March, before we knew how much we’d miss hugs and live in our sweatpants, I got to marry my favourite person. The whole world shut down a few days later, and we were stunned at the timing. We knew we felt incredibly lucky to have found each other, but we had no idea how lucky it would be to get married right before a monumental time in our history," Snow wrote on her Instagram.

"Everything that could have gone wrong, went wrong that day... but it was absolutely and impossibly perfect. I knew on that day, more than ever before, there was no one else I’d rather hold my hand while in the middle of a (life) hurricane. I love you @tylerstanaland."

Snow began dating real estate agent Stanaland in 2018, and announced their engagement on Instagram in January 2019.

A couple weeks ago, I said “YES” about a million times to the man of my wildest & most beautiful dreams. After celebrating with friends and family, we wanted to let a few more friends (you guys) know... this happened. ✨I’m still pinching myself and thanking my lucky stars for the truest feeling I’ve ever felt. Thank you @tylerstanaland for the happiest day of my life & for not proposing in this creepy empty restaurant.

Hollywood relationships don't have the best reputation for happiness and longevity, but they don't all end in brutal headlines and quickie divorces. 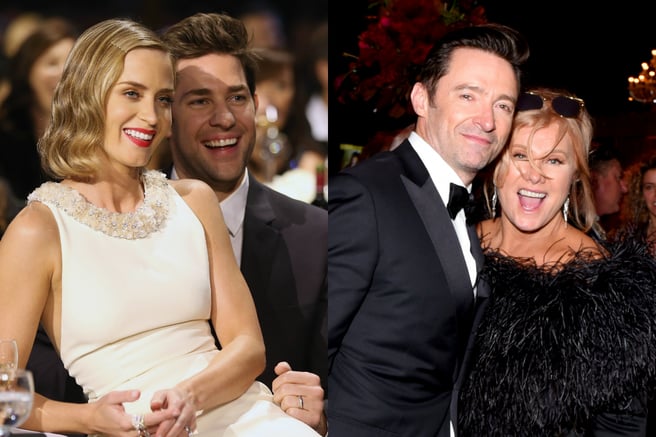 On the one hand, they're very famous and very cool, and on the other hand they kind of act like everyone's parents. Like, this jumping photo is both so, so basic and so, so endearing.

In early June, Deborra-Lee Furness told Studio 10 she was on the no-carb keto diet... and her husband Hugh Jackman had taken up baking bread as an isolation hobby. That's proof of a great relationship based on the surest sign of love: trolling.

For more couples that we're convinced are really happy together, read our earlier article here.