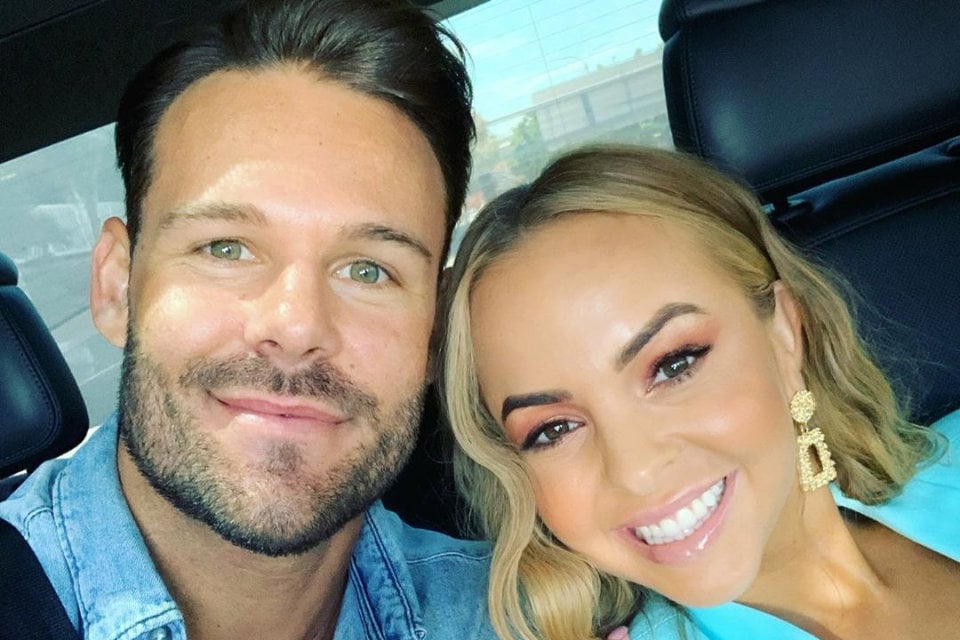 Breakups are tough for all of us, without having to worry about how to tell invested fans you have gone your separate ways.

Bachelorette couple Angie Kent and Carlin Sterritt confirmed what fans had suspected for a few weeks now on Wednesday, with Carlin admitting he'd felt "so much fear and anxiety" about addressing their breakup publicly.

Speaking on his Instagram story, the 31-year-old personal trainer said he was thankful for all the positive messages of support he'd received since his earlier message about their breakup.

"I just wanted to say thank you to all those people who have had some really lovely things to say," Carlin began.

"Everybody has actually been really kind. I had so much fear and anxiety about coming out about our breakup publicly.

"It was actually quite debilitating each day when I was holding on to that truth. Yes, we have come up with the decision recently but I've just been so scared."

He told fans they should also extend their kindness to Angie.

A few hours earlier, the Bachelorette and her chosen winner made the announcement via their Instagram stories, ending weeks of speculation and them avoiding addressing the topic on social media.

"Hi everyone, there's been a lot of speculation and rumours about the status of my relationship with Carlin," Angie began.

"We have not wanted to confirm up until this point because there have been much bigger issues going on in the world and we've both been taking space to think about what we really want.

The reality TV star and author continued: "I appreciate everyone's concern and the investment that many of you made into the show and our story, but this is real life and we both need privacy and time to heal. I just want to put the rumours to bed and to clarify so that questions stop." 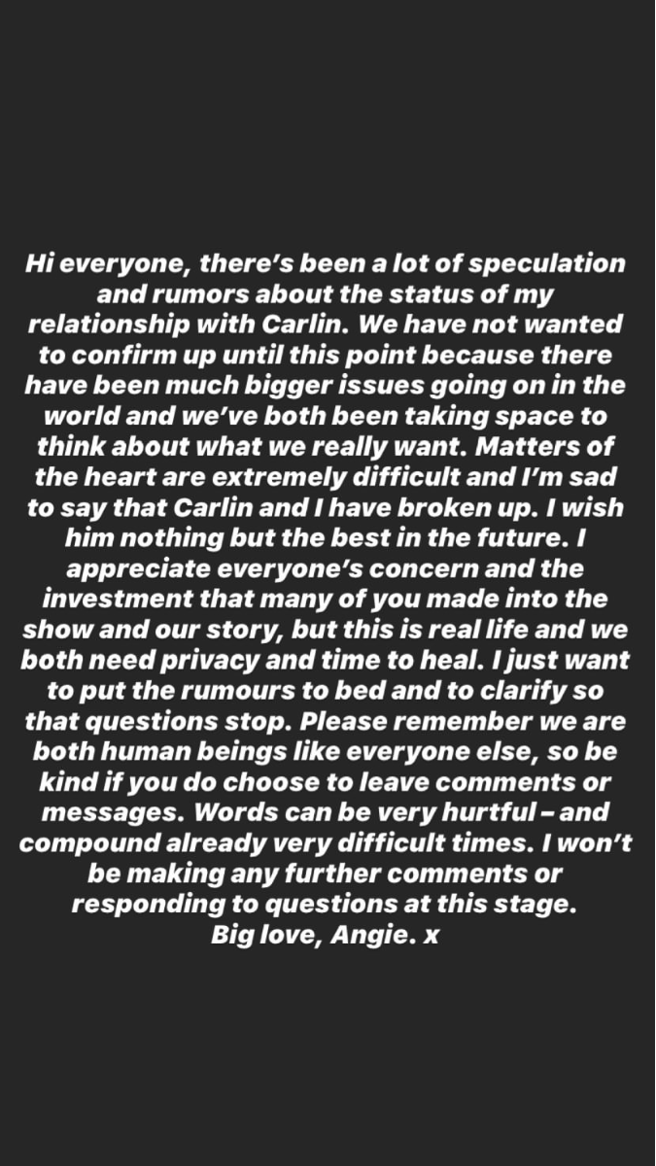 The former bachelorette asked her nearly 300,000 Instagram followers to please be kind in any comments or messages they send.

"Chemistry doesn't always equal compatibility. We gave it our all and it didn't work out," the former Gogglebox star later told the Daily Telegraph.

"Our values didn't align. Both Carlin and I will never give personal details," she added.

Carlin also spoke about the split in videos to his Instagram story.

"It is true that Angie and I have gone our separate ways," he said in a video to his stories. "It's for the best for us individually."

"Everyone is battling something that you may never understand or see," Carlin added.

The couple have publicly been together since November 14, 2019, when the finale of Angie's season aired on Australian screens. Angie dumped the runner-up, Timm Hanly, to pursue her relationship with Carlin.

The couple were together for seven months, with speculation of a breakup first starting in early June when the pair unfollowed each other on Instagram.