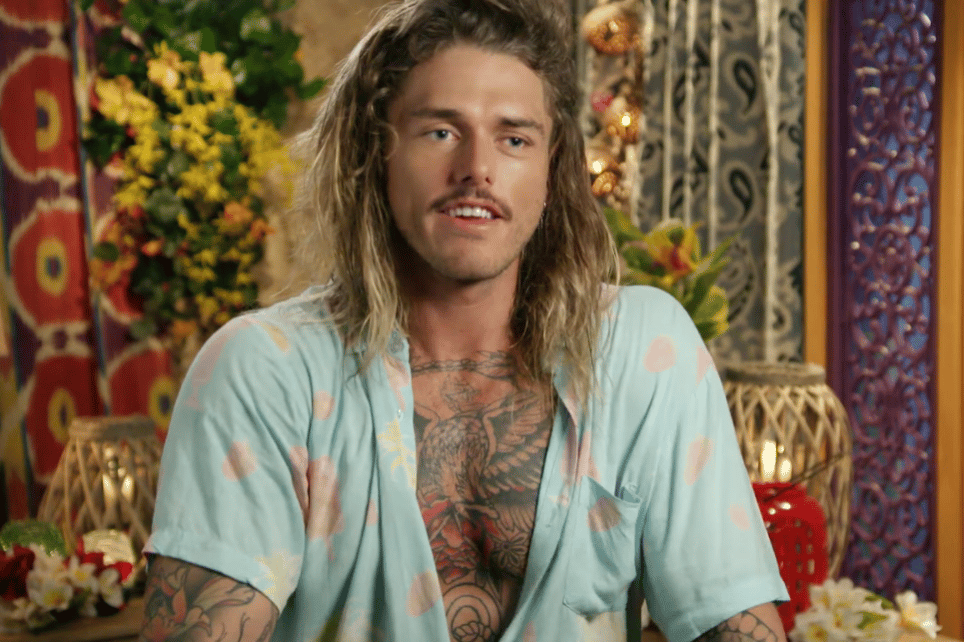 We need a little sunshine in the world so... let's talk about Timm with two ms.

He's the runner-up of Angie Kent's season of The Bachelorette, who yells to cows and broke precisely everyone's hearts when he took being broken up with on national TV like an absolute champ.

Frankly, after the sh*t show that is 2020 so far, we need something fun and light in our lives, and Timm Hanly on Bachelor in Paradise is set to fulfil that need just as soon as Channel 10... hurry up and tell us when it will air.

The Bachelor in Paradise 2020 trailer. Post continues below video.

Ahead of the premiere sometime in the near future (hopefully) we delved into the life of the sunflower prince himself.

Okay, so Angie Kent was really damn lucky with the men during her season of the Bachelorette. Well, mostly. Remember Noosa politician Jess...

Angie's season introduced us to both of Australia's fave Bachie contestants possibly ever, in Ciarran Stott and Timm (who are now besties and roomies). The buddies were praised throughout the season for being hilarious and sweet and genuinely good people.

Timm went on to the finale episode, providing us with plenty of entertaining moments along the way. Like when he dressed as a lobster, got lost in a park on the way to a single date, was nervous about getting a rose because he forgot he already... had one, and of course, the time he yelled at a horse for looking fake.

Even after getting his heart broken, he was gracious and kind and, good god I just realised I haven't worked through this eight-month-old emotion, sorry.

love is not smooth sailing love takes constant learning and sometimes pain and hurt which turns into strength and growth.. love is vulnerable and risky, but love is so fucking exciting and that is what i learnt from this crazy ride. At the end of the day happiness is all that matters, no matter where or in who you find it ❤️ Can’t thank everyone enough for the overwhelming support and kind words and all i can say is no matter how weird you are always walk to the the beat of your own drum and make your mum proud🌻🌻

One other very important thing to mention about Timm, as we head into Paradise, is that he has two very special skills: He can stop drama and stir it up. Grab a cocktail and blow some stuff up, buddy.

After The Bachelorette, Timm was offered an opportunity reserved for only an elite few ex-reality TV stars: a nightclub tour of Australia, obviously.

The 3 blind mice... On a serious note... It’s a special time of year and I’m grateful to be surrounded by my family and my friends, while we face one of the hottest summers we’ve seen our fire fighters sacrifice these times with there families and friends so we can live like this...The real Christmas hero’s.. Thankyou @nswrfs

These days he is still living in Melbourne and working in construction, and kept his followers entertained during COVID-19 restrictions with funny TikToks.

For the Melbourne Pride March in February, he and Ciarran got fully dressed up in drag to walk the parade, and in a video on their joint YouTube channel they visited a costume shop to find Timm a crab costume, and the end result looked very much like something... else. 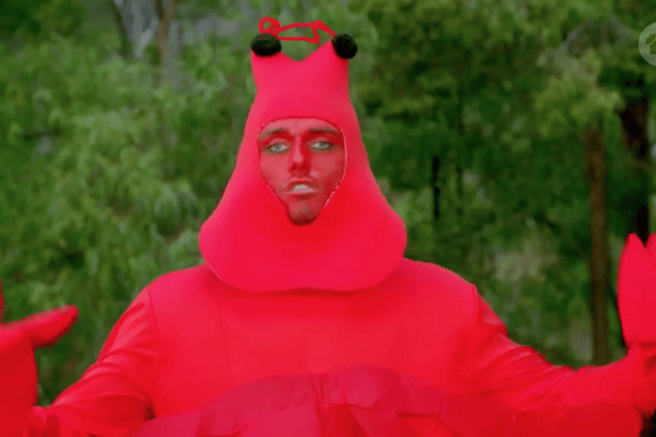 An icon. Image: Channel 10. Timm has also teased a new business on his Instagram, 80s inspired 'athleisure' brand Front Runner. From the looks of things, it's going to be lots of bright colours and tracksuits and seems very on brand.

This week, Timm opened up about why he made the decision to stop drinking a couple of months ago.

The 28-year-old explained he chose to become sober after realising his binge drinking was getting out of control.

"I wasn't a daily drinker, more of a weekend binge drinker, but it would set me back for ages," he told the Daily Mail on Wednesday.

Since becoming sober, Timm says he is now a happier person, and plans to stay sober until the end of the year.

Timm first announced that he stopped drinking alcohol on his Instagram stories on Tuesday.

"I am very in touch with myself at the moment and I think a massive part of it is being sober for the last couple of months," he said.

"I think when your mind's clear and you know what you want the universe works in your favour, hey?" he added.

"If you are good to yourself. You're in control of your own thoughts."

Okay, it looks like Bachelor in Paradise is going to be very eventful for Timm.

Channel 10 have teased that Timm and Brittany Hockley start dating in a promo for the show.

A post shared by Bachelor In Paradise Australia (@bachelorinparadiseau) on Jun 14, 2020 at 2:00am PDT

In the clip, Brittany shares that she wouldn't usually go for a man like Timm, but admits he has taken her by surprise.

"Brittany is absolutely gorgeous! So well-spoken, those piercing blue eyes," Timm says, before the trailer shows the two kissing in a Bachelor classic: A bathtub.

It seems promising, but we'll have to wait and watch to see if their relationship makes it to the end.