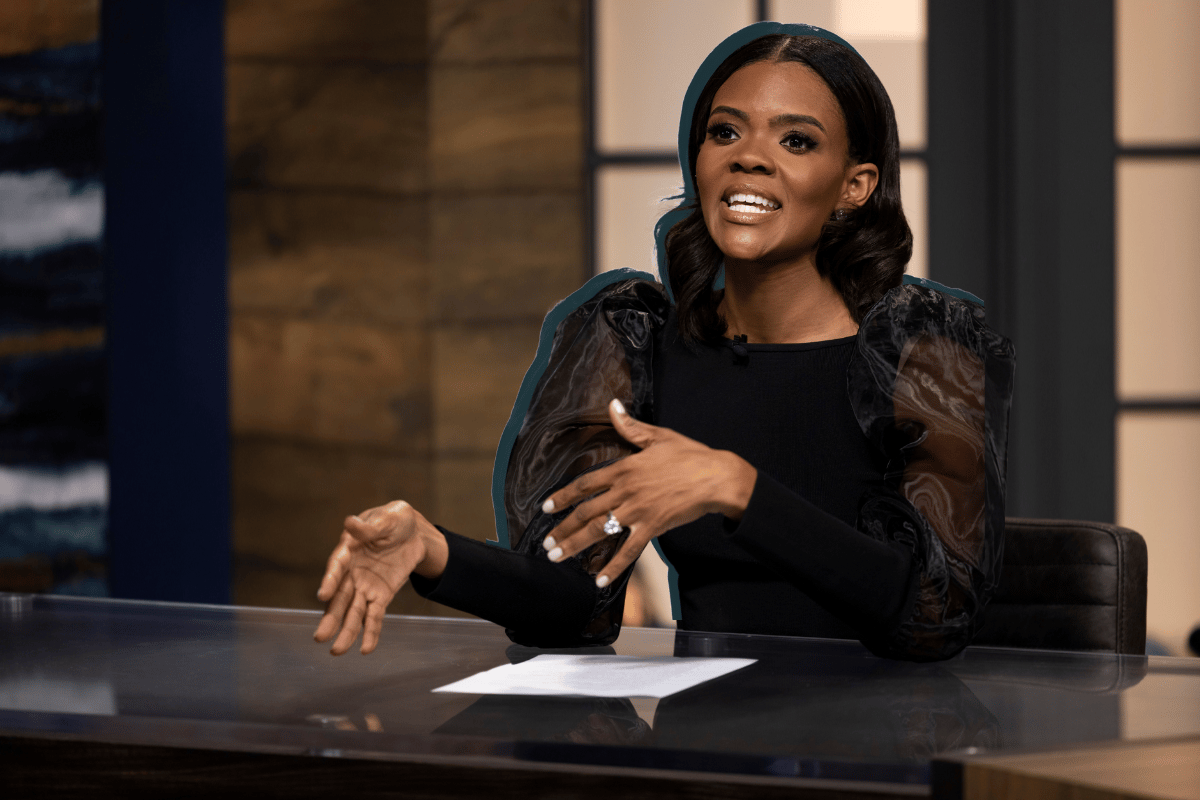 Although there has been debate and disagreement in Australia surrounding the longevity of lockdowns, it appears that that some Americans are far angrier than we are about our nation.

This week, one of America’s most high-profile conservative political commentators, Candace Owens, has asked when the US plans to ‘invade Australia’ in order to restore democracy.

“For the last 20 years, the United States has spent trillions of dollars overseas in Afghanistan fighting a war. We were told the war was necessary anyway, the slaughtering of American sons and daughters on foreign soil because we were fighting a noble cause – to spread democracy in a tyrannical land.”

“So, I’m going to ask those same lecturing politicians and media members a question: when do we deploy troops to Australia?”

Watch a thank you to masks. Post continues below.

Owens is very much known for being quite the provocateur, the Daily Wire host also going as far as to compare Australia’s government with the Taliban: an actual tyrannical regime that just this week murdered an Afghan woman for the “crime” of refusing to give up sport.⁠

“When do we invade Australia and free an oppressed people who are suffering under a totalitarian regime? Australia currently, make no mistake, is a tyrannical police state, whose people are quite literally being imprisoned against their will.”

Hi @RealCandaceO from Victoria, Australia!! Just wanted to show you this pic of me and my son having brunch at a cafe this morning, maybe when you invade we can show you the secret of a really good cappuccino #SaveAustralia pic.twitter.com/BU0hqKGqJR

In her piece to camera, Owens noted that “of course I ask that in jest.” But the question many are asking is whether having a conversation about a tyrannical government should really have anything to do with 'jest'.

Owens even went as far as to compare Australia and its leaders to Hitler. And she’s not the only one to do so, in turn trivialising a genocide of over six million people.

Joe Rogan, a popular internet personality with one of the most listened-to podcasts globally, uploaded a video to his Instagram, which appeared to equate proof-of-vaccine requirements with the Holocaust.

It’s an extremely dangerous comparison, when you consider the recent impact of Australian anti-vaxxers comparing COVID-19 restrictions to the Holocaust.

“No one is being shot for choosing not to get vaccinated. As a Jewish person, it is triggering to see this symbol, imbued with hundreds of years of trauma and persecution, exploited by those who wish to pedal their own agenda.”

“Have your opinions, sure. But do not appropriate the suffering experienced by marginalised groups who were targeted for nothing more than their identity, their existence.”

Candace Owens isn’t the only American sharing her thoughts on Australia in the public sphere.

“I love the Aussies. Their history of rugged independence is legendary; I’ve always said Australia is the Texas of the Pacific.”

“The COVID tyranny of their current government is disgraceful and sad. Individual liberty matters.”

Cruz’s comments and reference to “individual liberty matters” comes amid the new Texas Abortion Law, where women in the second-largest US state by both area and population, have lost control of their own bodies.

The new law bans abortion from six weeks gestation, makes no exception for rape or incest, and allows private citizens to bring civil lawsuits in state court against anyone involved in an abortion other than the patient. So that means family members, friends, abortion providers and even Uber drivers can be sued.

The tweet from Cruz was in response to the Northern Territory’s Chief Minister Michael Gunner’s vaccine mandate in the Top End, a legal direction mandating workers to get the jab, covering all public-facing roles.

But Gunner didn’t back down.

“G’day from the Northern Territory in Australia. Here are some facts,” he wrote on Twitter.

“Nearly 70,000 Texans have tragically died from COVID. There have been zero deaths in the Territory. Did you know that?”

“Vaccination is so important here because we have vulnerable communities and the oldest continuous living culture on the planet to protect. We don’t need your lectures, thanks mate. You know nothing about us.”

“And if you stand against a lifesaving vaccine, then you sure as hell don’t stand with Australia.”

G’day from Down Under @tedcruz. Thanks for your interest in the Territory. I’m the Chief Minister. Below are a few facts about COVID down here. https://t.co/cGFwBP7Nqx pic.twitter.com/mGNyOxlN41

Let’s not forget as well the recent protests in the US, where hundreds of Americans gathered at the Australian consulate in New York, protesting against the mandatory COVID-19 vaccinations for Aussie teachers.

The crowd of demonstrators waved our national flag, chanting “Save Australia” and held banners which wrote “What’s happening in Melbourne?” and “We will not comply.”

So why is it that America is so intent on saving us?

The crowd gathers outside the Consulate General of Australia here in New York pic.twitter.com/g9JVbiEzt5

There’s no denying that for America, democracy is at the heart of its “brand” and foreign policy. That’s why it’s quite ironic to consider that the US actually ranked lower on The Economist’s 2020 Democracy Index in comparison to Australia.

Australia was labelled a “full democracy”, whereas the US was considered a “flawed democracy.” Afghanistan was understandably categorised in the Index as “authoritarian,” something which doesn’t exactly aid Owens’ comparison.

Listen to this episode of Mamamia Out Loud, where Mia, Holly and Jessie discuss Candace Owens' statement on Australia being a 'tyannical police-state'. Post continues after audio.

Although some may consider we are the victims of tyranny, the restrictions we have faced are incomparable to the genuine oppression that millions of people endure, given over one-third of the globe currently live under authoritarian rule.

“I’ll tell you what shutting those borders did. If we’d had the same rate of fatality of just the OECD nations on average, more than 30,000 Australians additionally would have passed away. And so we took action to save lives,” Scott Morrison said in a recent interview with CBS News.

The American journalist Margaret Brennan asked the Prime Minister: “do you think less liberty is medically necessary? We have a huge argument over that in this country. Why did you think it was worth it in Australia?”