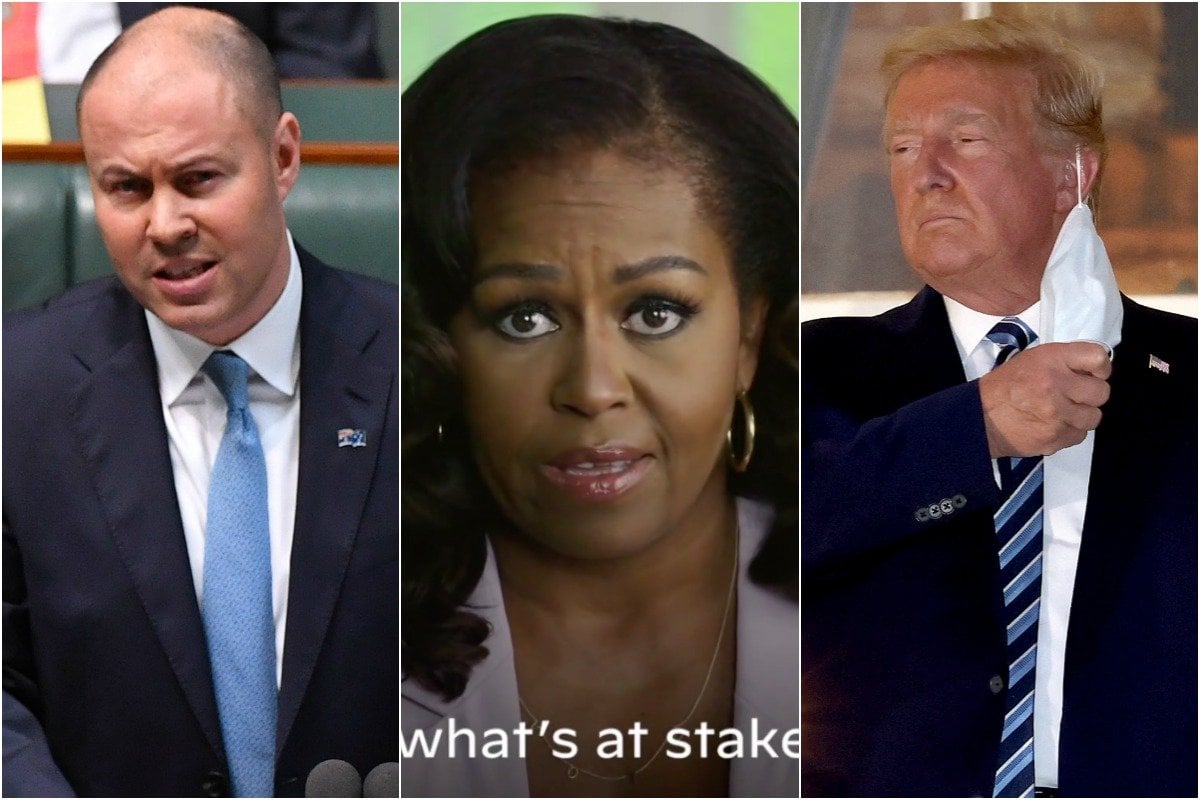 In the past week or so, big, multi-billion dollar initiatives have been announced on a daily basis, from an apprenticeship initiative to giving the regions and tourism a cash injection.

The bringing forward of already legislated tax cuts, due in 2022, has been flagged for months. 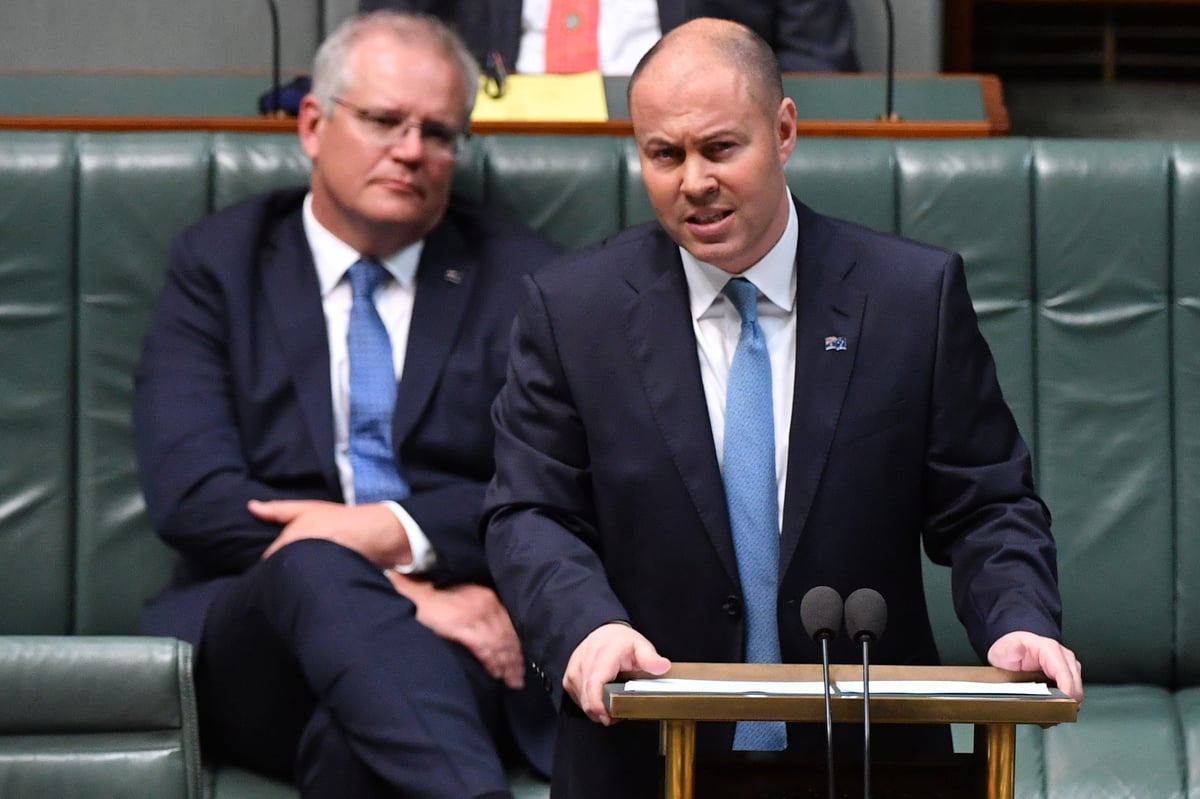 Even so, the spend-a-thon that will see the budget deficit balloon to a record $213.7 billion and government debt exceed $1 trillion for the first time is aimed at digging the economy out of recession and getting people back into work.

The budget is forecasting a huge acceleration of economic growth in the next financial year, but it relies on there being a COVID-19 vaccine by the end of 2021.

If there was a second or third wave of virus cases in Australia, that could hurt the economy by $55 billion.

Despite the big spend there has been plenty of criticism towards the budget, with the $1.6 billion boost to fund 23,000 home care packages called a "drop in the bucket" by Aged and Community Services Australia.

There's also criticism that the budget fails to give older jobless Australians certainty for the future, with the announced 'JobMaker' scheme only giving hiring credit to those aged 16-35.

There was nothing promised in the budget for childcare, and while women in the workplace will benefit from $240 million, interest groups say the money doesn't stand up against the billions committed to other measures.

READ MORE: The 2020 Australian Federal Budget: Who are the real winners and losers?

Trump has "no symptoms" and is reprimanded by Twitter for comparing COVID to the flu.

US President Donald Trump's physician says the president is experiencing "no symptoms" of COVID-19 after returning home from the hospital.

His physician, Dr Sean Conley, said that Trump had a "restful first night at home" and that his vital signs remain stable, including his blood oxygen level.

Twitter has added a warning label to a tweet by President Trump that compared the COVID-19 pandemic to the flu, saying the post included potentially misleading information.

"Flu season is coming up! Many people every year, sometimes over 100,000, and despite the Vaccine, die from the Flu. Are we going to close down our Country? No, we have learned to live with it, just like we are learning to live with Covid, in most populations far less lethal!!!" Trump had tweeted.

The United States has the world's highest death toll from the pandemic, with more than 209,000 deaths. By comparison, influenza typically kills between 22,000 and 64,000 people a year in the United States, government statistics indicate.

On Monday, Trump told people "to get out there" and not fear COVID-19 as he returned to the White House after a three-night hospital stay and removed his white surgical mask to pose for pictures, a video of which was then turned into propaganda for his re-election campaign.

Rich countries could be back to close to normal by late 2021 if a COVID-19 vaccine works, is ready soon and distributed properly at scale, Microsoft founder Bill Gates says.

"By late next year you can have things going back pretty close to normal - that's the best case," Gates, 64, told The Wall Street Journal CEO Council.

"We still don't know whether these vaccines will succeed," Gates said.

"Now the capacity will take time to ramp up. And so the allocation within the US, and between the US and other countries will be a very top point of contention."

COVID-19 vaccines developed by Pfizer/BioNTech and AstraZeneca/Oxford University are two of the leading candidates in the race to be first to get regulatory approval in Europe and North America.

The head of the World Health Organisation said on Tuesday that a vaccine against COVID-19 may be ready by the end of the year.

Eddie Van Halen, whose innovative and explosive guitar playing kept the hard rock band that bore his family name cemented to the top of the album charts for two decades, has died after a long battle with cancer. He was 65.

Born in the Netherlands and raised in Pasadena, he founded Van Halen with his older brother, drummer Alex; the siblings were joined by vocalist David Lee Roth and bassist Michael Anthony in the first recording line-up of the group, which exploded after star-making gigs at such West Hollywood clubs as Gazzarri's and the Starwood.

Guitar legend, Eddie Van Halen has passed away at the age of 65. Sending our thoughts and prayers to his family, friends and fans during this difficult time. 🙏#RIPEddieVanHalen pic.twitter.com/I1XSoqSP28

Eddie Van Halen was dogged by personal and health issues that would intermittently interfere with his work in music over the course of the next decade. A chronic joint problem, exacerbated by his reckless onstage style, forced him to undergo hip replacement surgery in 1999. The onset of cancer - likely the result of heavy smoking - led to the surgical removal of part of his tongue in 2000.

Eddie Van Halen is survived by his second wife, the band's former publicist Janie Liszewski, whom he married in 2009, and his son.

Australia is continuing to suppress community transmission of COVID-19 but a cluster of cases in Victoria has alarmed state authorities.

Victoria recorded 15 new cases on Tuesday - its highest daily total in nine days - and one death.

Authorities are desperately trying to contain an outbreak linked to a butcher at Chadstone Shopping Centre after it spread to regional Victoria. Twenty-eight cases have been linked to it, including two people in Kilmore, 60km north of Melbourne.

Melbourne's 14-day average, which is crucial to easing lockdown restrictions, has dropped to 10.6. The average must be below five for restrictions to ease on October 19 and authorities warn it is not certain to be achieved.

NSW has now gone 11 days and Queensland is approaching a month without any local unknown source transmission.

Western Australia, which has gone six months without a "mystery" case, South Australia and the Northern Territory have all effectively eradicated community spread.

The spat between the NSW and Queensland premiers continued on Tuesday after Ms Berejiklian bemoaned the ambitious 28 day benchmark Annastacia Palaszczuk has set for the border to fully re-open on November 1.

"If you apply that criteria: what's the next step?" Ms Berejiklian asked on WSFM. "Does that mean that they'll open the borders and we'll get a case and they'll close again? You can't live like that."

Billionaire James Packer is scheduled for a second day of questioning at an inquiry investigating the suitability of Crown Resorts to operate a new Sydney casino.

The 53-year-old is due to again appear by video link on Wednesday, from his luxury yacht moored in the South Pacific.

He has admitted his conduct in threatening another businessman in 2015 was "disgraceful" but said he had been suffering from bipolar disorder, for which he was now receiving treatment.

When the NSW gaming regulator's hearing continues on Wednesday, he will face questions about his involvement in Crown Resorts' VIP international high-roller business, and the sale of a large stake in Crown to Melco Resorts in 2019.

The NSW government was concerned that Stanley Ho, a billionaire with alleged links to organised crime, would gain an interest in a casino in the state. Dr Ho's son Lawrence Ho controls Melco Resorts.

Inquiry commissioner, former Supreme Court judge Patricia Bergin, will make recommendations about whether the sale meant Crown breached its casino licence by allowing unsuitable parties to become close associates of the company. She will also evaluate whether Mr Packer is suitable to be a close associate of a casino licensee.

Obama who has largely stayed away from political attack in the lead up to the election, said the United States had descended into "chaos" with a president who "isn't up for the job."

My heart goes out to everyone touched by this virus, from those at the White House, especially the Secret Service and residence staff whose service ought never be taken for granted, to all those names and stories most of us will unfortunately never know. https://t.co/dtEUrcjPAy

She mentioned the Black Lives Matter protests and the death of George Floyd, accusing the president and his allies of "stoking up fears" around what has been an overall peaceful demonstration.

"What the president is doing is, once again, patently false, it’s morally wrong, and yes, it’s racist. But doesn’t mean it won’t work. Because this is a difficult time, a confusing time," she said.

She then asked white Americans to put themselves in the "shoes" of black and brown Americans who experience systemic racism and "imagine what it feels to wake up every day to uphold the values this country claims to be true ... only for those efforts to be scorned, not just by citizens, but by a sitting president." …

- The chairman of the Birmingham 2022 Commonwealth Games insists the event remains on schedule and on budget despite a director stepping down over the "poor functioning" of the board.

- Apple is preparing to launch new iPhones next week with 5G capabilities.

She mentioned the Black Lives Matter protests and the death of George Floyd, accusing the president and his allies of "stoking up fears" around what has been an overall peaceful demonstration.

"Overall peaceful". She's kidding isn't she?  There have been at least 19 deaths in and around the BLM protests, and over 1,000 buildings burned down in Minneapolis alone.
If that's peaceful I'd hate to see non-peaceful protests...
F
fightofyourlife 2 years ago

Reply
Upvote
4 upvotes
"US President Donald Trump's physician says the president is experiencing "no symptoms" of COVID-19 after returning home from the hospital. "
What utter BS. I saw that video of him after returning to the White House. He was very clearly struggling to breathe.
A
amy 2 years ago