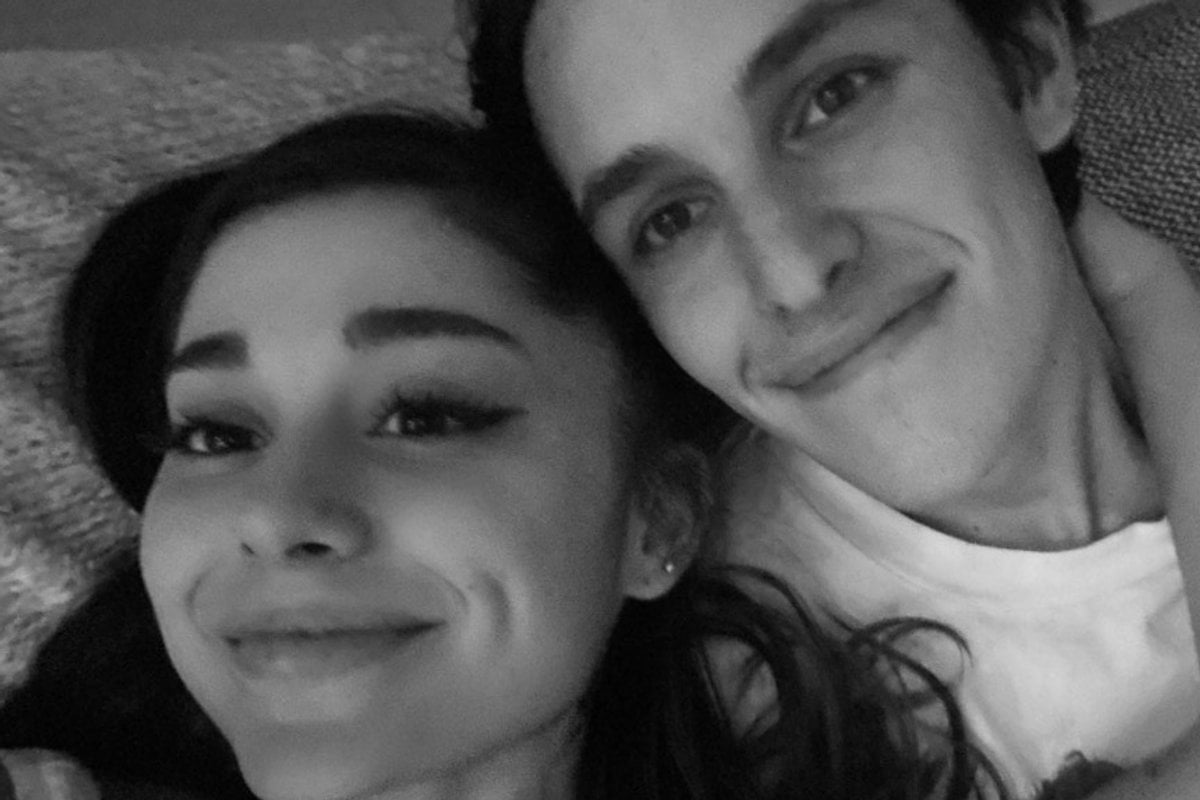 Ariana Grande is engaged to her boyfriend of nine months, Dalton Gomez.

"Forever n then some," Grande wrote, sharing a number of photos alongside Gomez on Instagram.

The couple first made their relationship public in May, when they appeared together in Grande's music video for her song, 'Stuck with U'.

The singer was previously engaged to comedian Pete Davidson in 2018, however they called off their engagement after five months.

Unlike comedian Davidson, who is best known for his role on Saturday Night Live, Gomez works as a luxury real estate agent.

According to Page Six, the 25-year-old has "previously represented mansions and estates that have sold in a range from $US5 million to $US12 million".

From Matt Damon to Zac Efron, here are 15 other celebrities who have dated or married normal people. 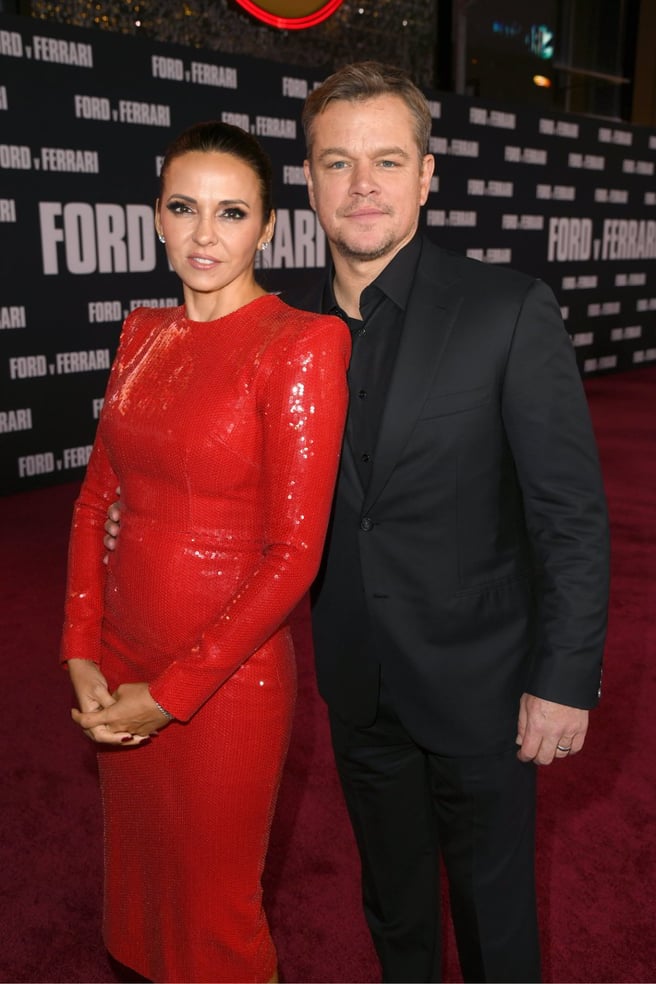 In 2003, while filming the movie Stuck on You, Matt Damon walked into a bar. He spotted his soon-to-be wife, Luciana Barroso, across the room.

"I was working as a bartender in South Beach (Miami) and he was shooting a movie there and the crew ended up in the bar one Saturday night… Matt’s story is that he saw me across the room and there was a light on me. And I’m like: 'Yeah it was a nightclub - there were lights everywhere!'" Luciana told Vogue in 2018.

"But he had started getting recognised and asked for pictures and autographs, and then it got kind of aggressive because people are drinking and stuff, and so he came and hid behind my bar… [wanting to] just hang out back there and have a drink.

"So I put him to work with me! He had trained as a bartender for a film years before, so he started making drinks. And he made me a ton of money in tips that night, because of course everyone wanted to go and see him. So it turned into a really fun night and then 15 years later here we are!"

Damon and Barroso married in 2005 and have four children. 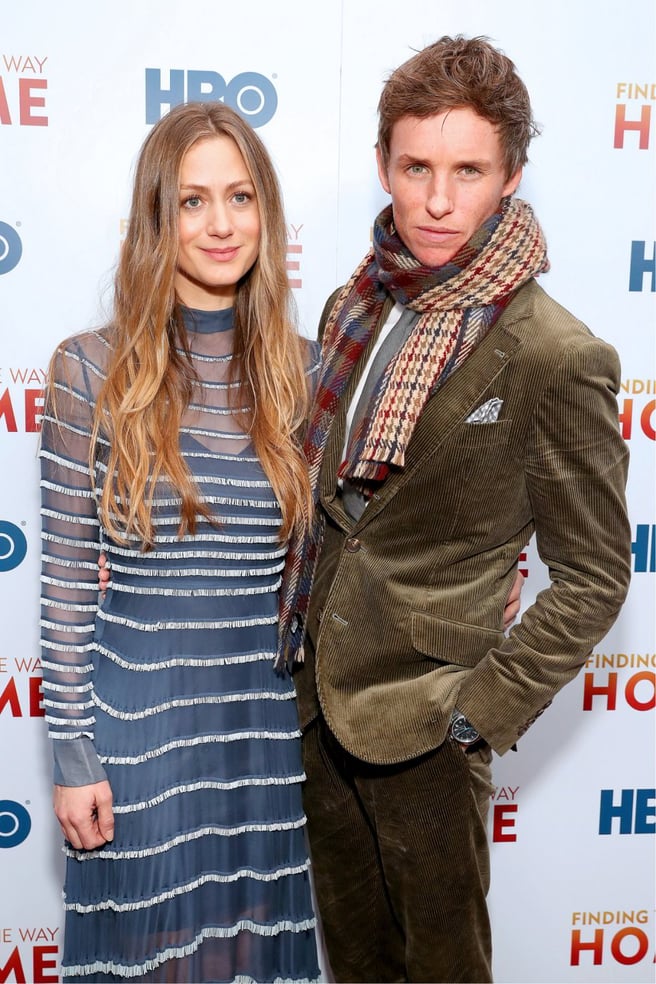 "Hannah was at a girls' school near Eton, and they invited some of our guys over to do a fashion show for charity," Redmayne told the Daily Mail UK.

"I saw Hannah across the room at a party afterwards and she was very beautiful and very funny, and she loves the arts and theatre just as I do, so we became friends."

In 2012, Redmayne invited Bagshawe to Florence while he was filming Les Misérables. And two years later, they married.

These days, Bagshawe works as a PR executive. They have two children together.

In June, Zac Efron met Vanessa Valladares, who worked as a waitress at one of Byron Bay's most iconic cafes, The Byron Bay General Store.

Besides her waitressing gig, which Valladares has reportedly since quit, the 25-year-old is also a model.

Her Instagram shows a number of professional photos and modelling shoots, including campaigns for brands including RVCA and Spell.

It's rumoured that Efron is currently on the lookout for a property to purchase in Byron Bay.

A 'source' told the Daily Mail, Efron had originally booked a plane ticket to leave last month, but after this three months visa was extended to 12 months, he decided to stay. 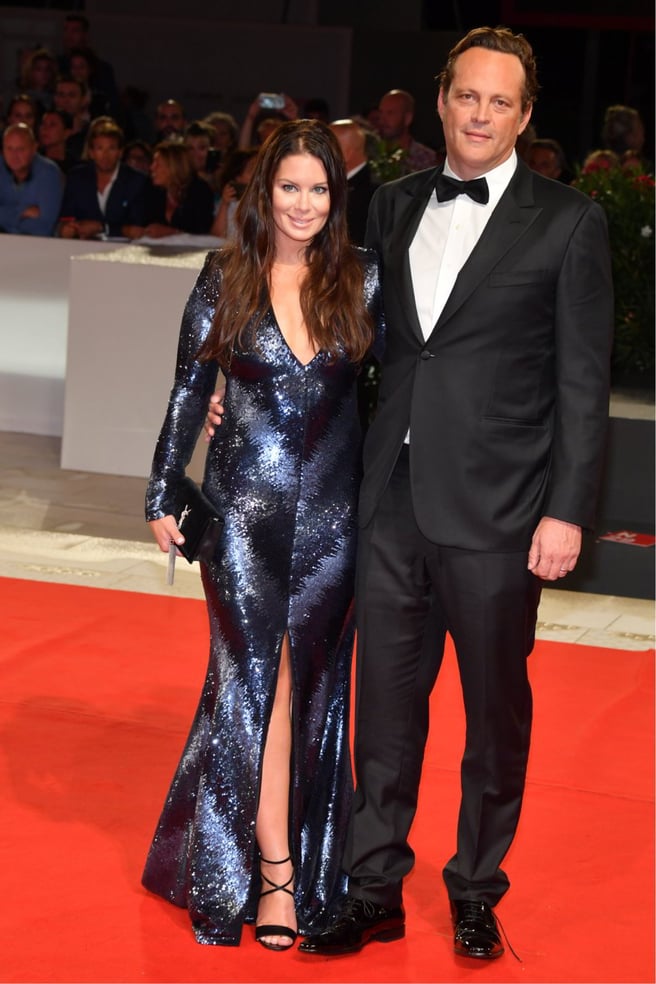 In 2008, Vince Vaughn was introduced to small-town real estate agent Kyla Weber at a friend's wedding.

"Because she lived far away, at first I was nervous to date her because it’s one of my best friends' wife’s best friend from childhood… If it goes wrong, you’re talking about awkward," Vaughn shared during an interview on Live! with Regis and Kelly.

But the pair quickly realised that they had a good thing going.

"It's the first time that I really want to have kids. She is not an actress. She's a civilian, which is good," he added.

On January 2, 2010, Vaughn and Weber got married in an intimate ceremony. They have two children.

Ansel Elgort met Violette Komyshan when they both attended Fiorello H. LaGuardia High School of Music and Art. The actor and professional ballerina have been together ever since (well, despite a five-month split in 2014).

"I was with my friend, and he was walking down the block," Violetta shared with Cosmopolitan in 2017.

"I didn't even know he went to my school—I just thought he was really attractive. I looked at him and told my friend, 'Oh my God, that guy's so hot,' and she's like, 'Oh, that's Ansel, he goes to LaGuardia.'"

Elgort told Women's Health, "I've never been with somebody from Hollywood, so I don't know what it's like, but I like having my love be away from my work.

"It's nice that she knows me as me before I was influenced by success or the stress and responsibility of being an adult. I feel like everyone's at their purest when they're just a kid." 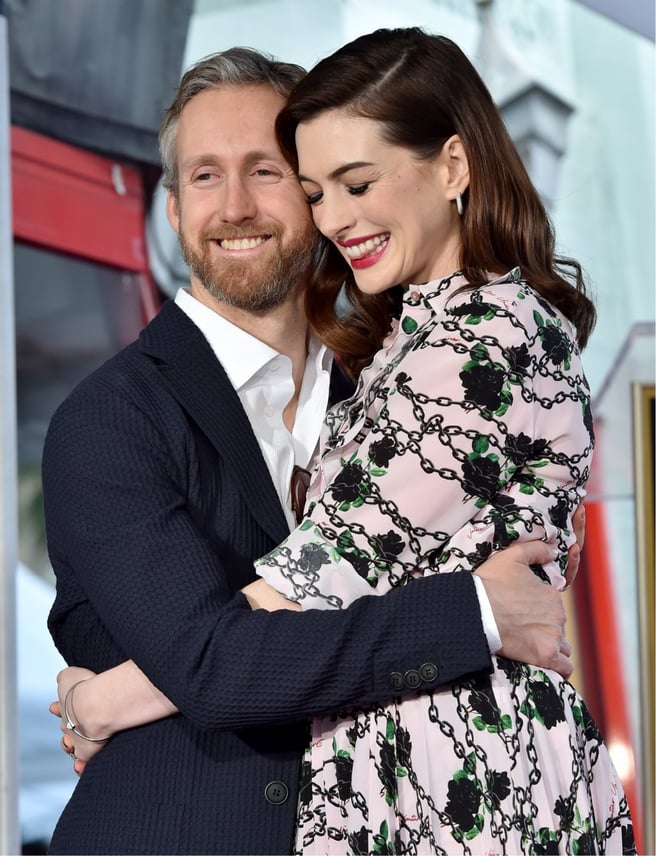 In 2012, Anne Hathaway married jewellery designer Adam Shulman. She knew he was the one from the moment they met.

Explaining their meet-cute to Harper's Bazaar UK in 2014, Hathaway met Shulman at the Palm Springs Film Festival, and later told a friend, "I'm going to marry that man."

"I knew from the second I met him that he was the love of my life," she said.

The couple have two children together.

The couple met through mutual friends at a friend's house.

"It happened out of the blue. This really drunk guy was hitting on me, making such an idiot of himself, yelling at me. He was like, [slurring, scowling, pointing finger in her face] 'You don't know me.' And I was like, 'Yeah, I know. I don't know you!' she told Elle in 2012.

"Jim came over and said, 'Please excuse my friend. He's just broken up with someone.' Jim was a really good friend, pulling him out of that situation. That's just kind of who he is, a really good person."

Teenage heartthrob Taylor Lautner is currently in a relationship with nursing student Taylor Dome. Oh, and they have the same name. That's a bit confusing.

The couple who went Instagram official back in 2018, regularly post photos together and look happy as ever. 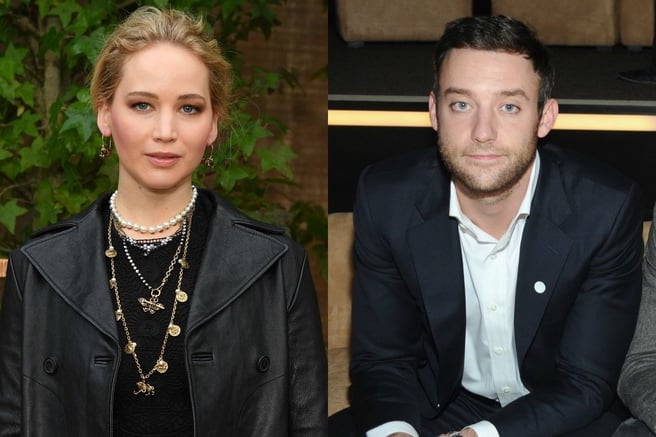 Jennifer Lawrence married art dealer Cooke Maroney in 2019. And ever since they met (only a few months before), they have been extremely under the radar.

"They met through Jen’s friend Laura… The relationship has been going on a few weeks. But they have been very private and careful not to be seen together," a source told Page Six in June last year.

The couple are so low key, they have no photos together.

They were friends before they started dating.

"They’ve been friends for a long time, a few years," a source told People.

Zandy is extremely private and stays off social media. The couple have just welcomed their first child. 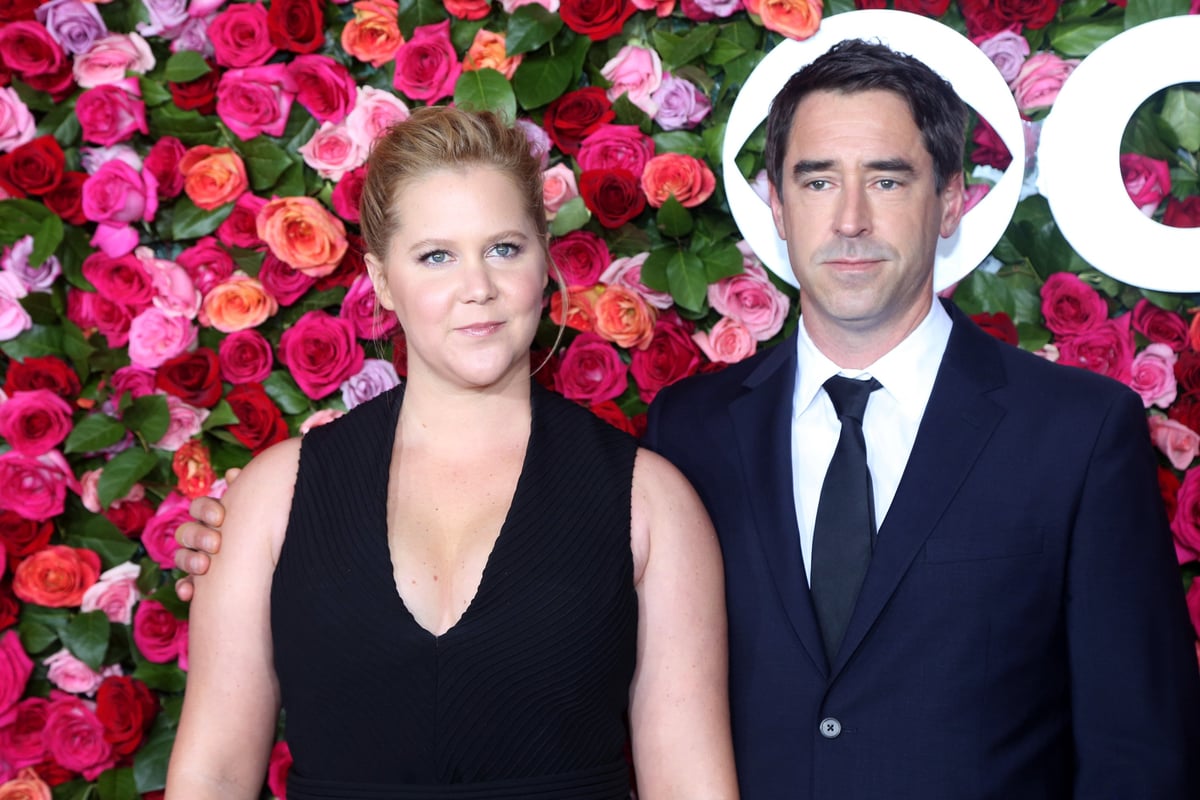 Fischer is a chef and also the brother of Schumer's assistant. They met when she went for a meal at Martha's Vineyard where he works.

"It was a perfect time. I was feeling really great about myself. I met him when we were done filming [I Feel Pretty]. I felt really empowered and I loved myself," Schumer told CNN.

They have one child together.

Love this girl so much.

Kevin Jonas and his wife Danielle met months before the Jonas Brothers blew up with their hit song 'Year 3000'.

In 2007, both her family and the Jonas family were holidaying in the Bahamas, where they met.

"'I’m never going to see this kid again, so why would I spend time away from my family while we’re on vacation?' I was like, 'Why should I waste my time?'" Deleasa told PR.com in 2012.

But two years later, Jonas proposed to the hairdresser.

They have now been married 11 years and have two children.

Got myself a fiancé just before new year. We are very happy and in love, and our cats are chuffed as well xx

Ed Sheeran has known his wife Cherry Seaborn since they were kids. They both went to Thomas Mills High School in Framlingham, Suffolk.

Seaborn works as a senior consultant at an accounting firm.

They married in 2018 and recently welcomed their first child, Lyra.

The couple first met at a party. 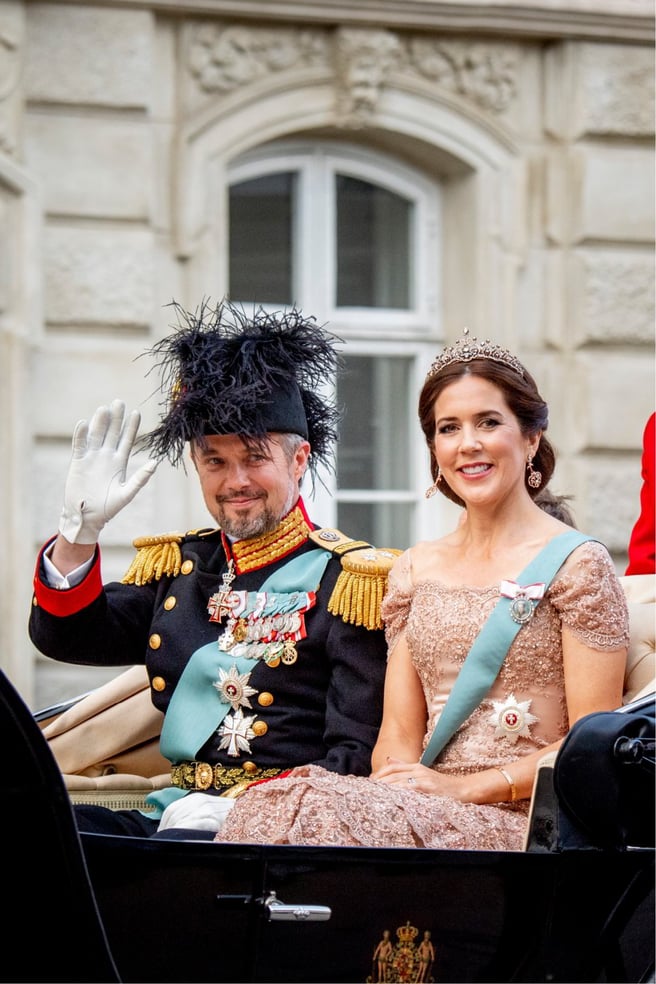 On September 16, 2000, 28-year-old Mary Donaldson met 32-year-old Prince Frederik. At the time, she was working for the real estate company Belle Property as a sales director and attended the venue with her roommate and a friend.

"The first time we met, we shook hands," the now princess told Jens Andersen, the author of Prince Frederik's authorised autobiography, Under The Bar. "I didn’t know he was the Prince of Denmark. Half an hour later, someone came up to me and said, 'Do you know who these people are?'"

The couple married in 2004 and Mary Donaldson was pronounced her Royal Highness The Crown Princess of Denmark. And when Frederik eventually becomes King, she'll become the Queen Consort of Denmark.

They have now been married 20 years and have four children.