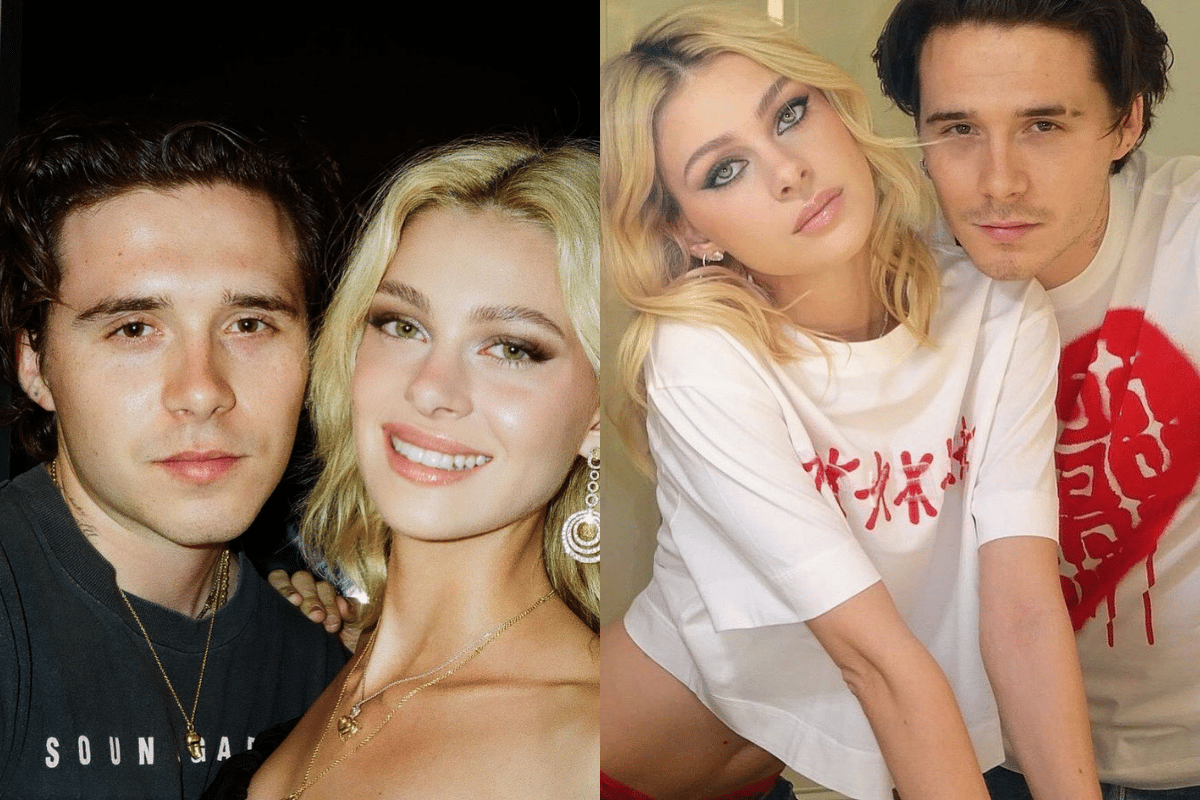 Is it just us or are there a lot of weddings happening at the moment? Well, we've got another one to add into the mix as Brooklyn Beckham and Nicola Peltz have just said 'I Do'.

In true celebrity fashion, their wedding saw A-listers (like Serena and Venus Williams, Eva Longoria, Gordon Ramsay and, of course, the Beckham family) fly in from across the world to celebrate the couple.

Peltz and Beckham were engaged in July 2020, and after postponing their marriage, they were finally able to tie the knot during their three-day, $5 million nuptials.

The three-day wedding celebrations kicked off on Saturday and supposedly featured traditional Jewish and Catholic ceremonies and a heck-tonne of after-parties.

To plan it all, Peltz and Beckham enlisted the help of wedding planner extraordinaire, Michelle Rago.

While she was tasked with a lot of organising, one task crossed off her to-do list was finding a venue, as the couple chose to exchange vows at Peltz's family home.

...But don't assume from that sentence that it meant a humble backyard gathering, as Peltz's family home is a $123 million, 44,000-square-foot oceanfront mansion in Palm Beach, Florida.

The flowers - including orchids, peonies, petite white ranunculus, spray roses and hydrangea - reportedly cost the pair $90,000, and were sourced by Rishi Patel at HMR Designs and supplied by Flowers of Worth Avenue.

To cook for the bride, groom and their many high-profile guests, they hired Miami chef Thierry Isambert, who specialises in French cuisine.

Days before the event, large white marquees were set in place to overlook the beach in the family's backyard.

For Peltz's stunning ceremony wedding dress (which was one of three), she wore a fitted Valentino couture gown with a matching veil and elbow-long gloves. Incorporated into the stitching of the dress was an evil eye as a talisman, given to Peltz by her mother as a sweet personal touch.

Pierpaolo Piccioli, who is the creative director of Valentino designed the gown.

Beckham, along with David, Romeo and Cruz Beckham all wore black tuxedos.

Of course, Victoria Beckham and her youngest child, Harper, were in attendance - and Harper was one of the three adorable flower girls.

The first ceremony was a nod to the bride's mother, Claudia, and her Catholic faith.

But what's a wedding without a guest list? It should come as no surprise that the couple went about inviting every A-lister they know with Serena and Venus Williams, Eva Longoria, Gordon Ramsay and Natalia Bryant (daughter of the late basketball legend Kobe Bryant) all in attendance.

Spice Girls Mel B and Mel C were also there to celebrate the pair.

And if it couldn't get any more spectacular, Beckham and Peltz had none other than Snoop Dogg to perform. In conversation with the Mirror, the rapper revealed he had plans to set the dance floor "on fire".

"David has been my boy for over 10 years now and I am tight with his family. Brooklyn's wedding is going to be a big affair and my gift to him and his wife-to-be is I will come down and do a set for them on their big day."

He continued: "Nothing is going to get the party started after the first dance like a set from Snoop… the dance floor is gonna be on fire."

According to The Sun, the father of the groom couldn't help but tear up during his wedding speech to his son and new daughter-in-law.

"David’s speech went on for about five minutes and he looked to shed a tear at one point," an insider explained. "He was talking about when Brooklyn was born and how he wanted to protect him. He said he was sleeping on the hospital floor, holding the door shut because he didn’t want to let anyone get in.”

They added he had to "take a breather to regain his composure".

Beckham and Peltz announced their engagement in 2020, just shy of a year since they had begun dating.

"I am the luckiest man in the world," he captioned the engagement announcement.

"I promise to be the best husband and the best daddy one day. I love you, baby."

With the events unfolding across the globe, Beckham and Peltz asked their guests to make donations in their name to provide aid for women, girls, families and the elderly suffering in Ukraine, rather than bringing a gift.

Reply
Upvote
2 upvotes
Imagine having so much money that you can spend $90,000 just on flowers. The mind boggles. Kinda cool that they've both taken each other name.
C
cat 4 months ago

Reply
Upvote
1 upvotes
@rush Ive been trying to work out how you can possibly spend 5 million on a wedding but even with the orchids I still have no idea. Maybe a million on the catering and alcohol, half a million for the custom Valentino dress, a few hundred thousand in decorations ... and Im still about  3 million short.