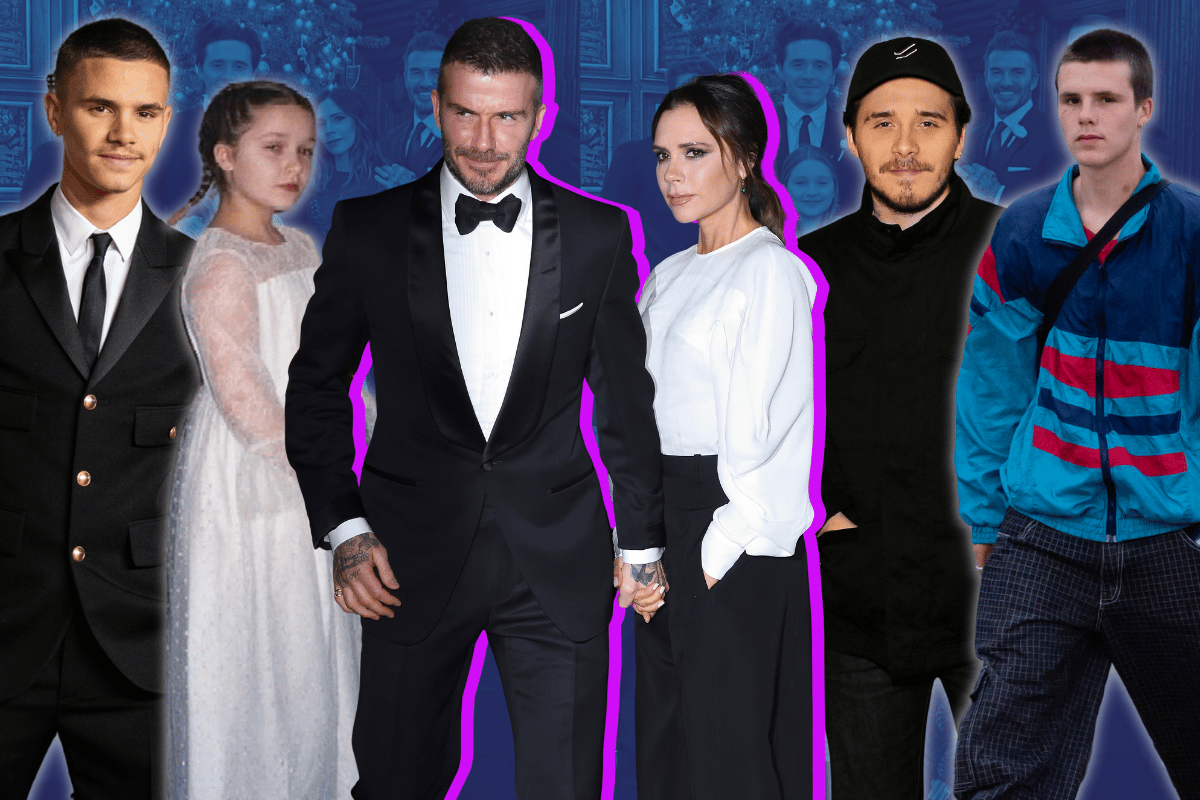 Victoria and David Beckham have two of the world's most recognisable faces.

While they're only just at the beginning of their lives, they've already made enviable career moves thanks to their status and famous parents.

Here's what the Beckham kids are up to nowadays.

The oldest of the Beckham clan has already made notable strides in his personal life and career, since permanently settling in the US at 20-years-old.

At the age of 16, he set his sights on becoming a photographer. That same year, he was employed to shoot a campaign for Burberry.

In 2017, he released his own photography book What I See, which reportedly sold 4,000 copies that year. 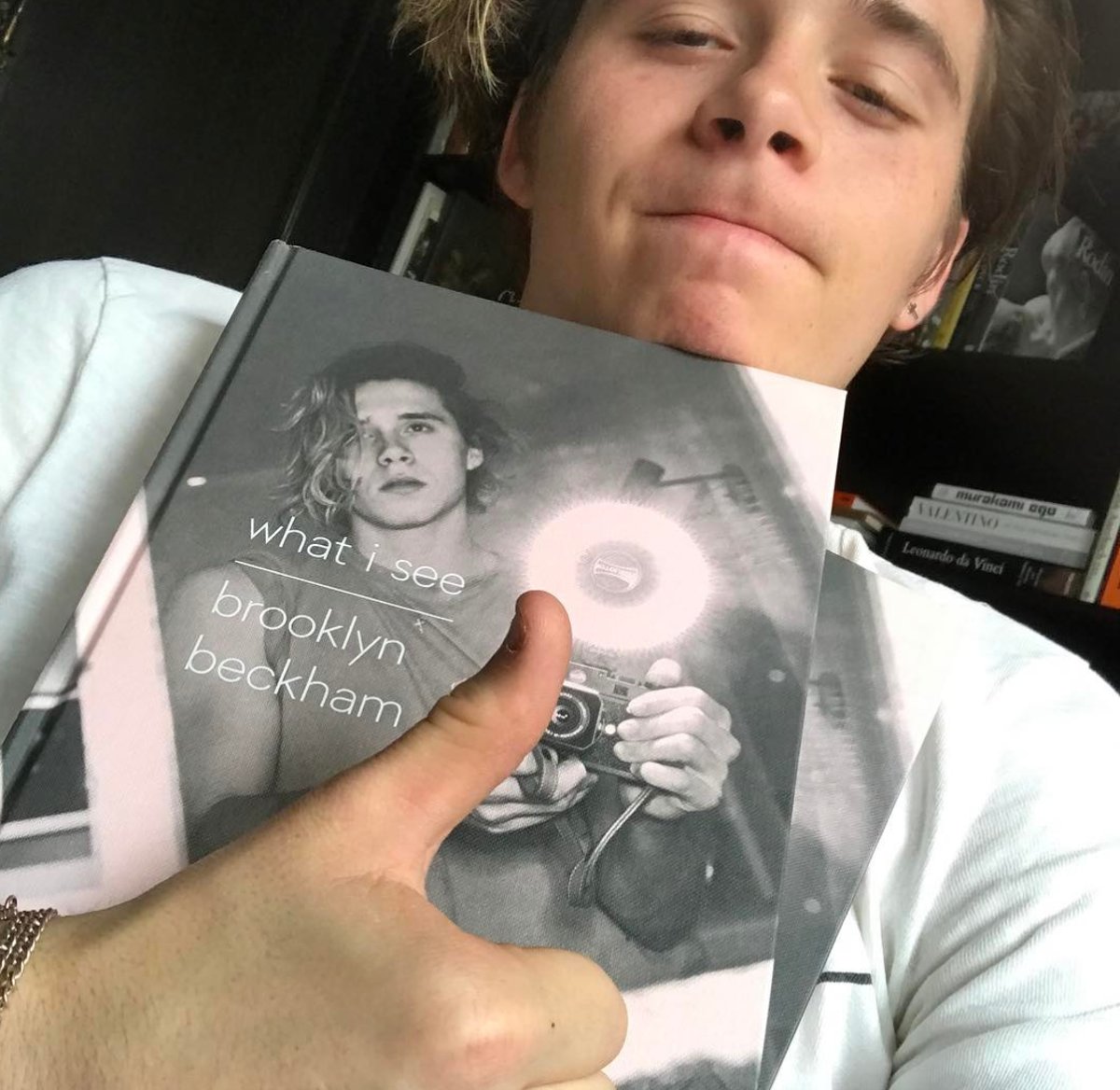 He later announced in 2017 he would be pursuing a photography degree at the Parsons School of Design at the New School in New York. However, a year later he returned to the UK for a photography internship. In 2019, he interned for British photographer, Rankin.

In December 2020, Brooklyn decided perhaps he was better off in front of the camera. Reports claimed he'd signed a modelling contract, with a strong interest to leave his photography career behind for the time being.

He has modeled in the past for his dad's eyewear brand, DB Eyewear.

This year, Brooklyn also tried his hand at cooking on TV. However, he got some brutal feedback after showing his own 'recipe' on camera - which involved pre-cooked bacon, sausage and an egg sandwiched between two pieces of bread. 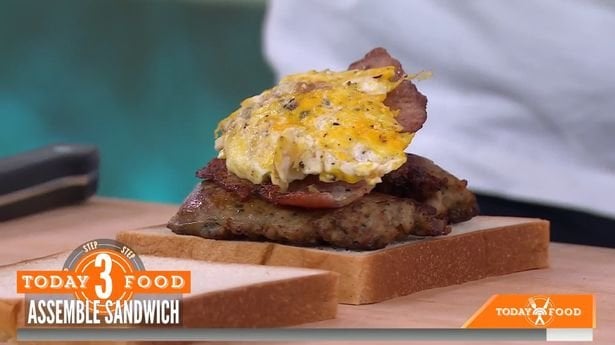 ".....and next on Today social media sensation Brooklyn Beckham will be showing us how to boil a kettle," an unimpressed viewer quipped on Twitter.

Despite this though, he explained he became passionate about cooking while in lockdown and having nothing to do.

"I started cooking in quarantine, it's something I do every day," he said in a Vogue interview.

"Nicola [my fiance] started videoing me, and I started posting it, and people started to really like it," he went on to say. "And then I was like, you know what, I can actually make something out of this. I’ve never enjoyed doing something like this as much as I do."

What resulted was an eight-episode weekly cooking show, Cookin’ With Brooklyn, which was featured exclusively on Facebook Messenger's 'Watch Together'.

"I’ve always been into trying new things and testing my palate," he explained. "Since I was really young, I’ve been very lucky and been able to travel a lot, so I’ve really tried all different types of food from different places and different regions.

"I mean, I’m kind of a shy person, so I sometimes have trouble expressing myself to people or talking to people, but cooking really helps you connect with people anywhere."

In June 2020, he became engaged to his girlfriend of eight months, model Nicola Peltz - who is the daughter of Claudia Heffner Peltz and American billionaire Nelson Peltz.

"Two weeks ago I asked my soul mate to marry me and she said yes," Brooklyn wrote on Instagram at the time.

"I am the luckiest man in the world. I promise to be the best husband and the best daddy one day. I love you baby."

The pair are yet to officially tie the knot, with Brooklyn saying the COVID pandemic has made it difficult to set a date.

"We've been engaged for a year and if COVID wasn't a thing we'd have liked to have been married already, and it has been a bit difficult," he explained to Hello! Magazine.

"You know, I've only just started to travel again, I'm travelling a little bit now but hopefully, it'll be next year."

The second eldest of the Beckham clan has already made incredible strides in his modelling and football career - all before his 20th birthday.

And now, just like his famous dad, he's been able to have the same commercial success after landing a $2.2 million deal with Puma - making him the richest Beckham sibling thus far.

At just eight-years-old, he already had begun making a mark in the fashion industry after being named Britain's 26th best dressed man. Two years later, he would go on to sign his first ever major deal with Burberry, and eventually he starred in a number of British brand campaigns.

Now, at aged 19, he has pursued a professional football career and splits his time between the US where he plays football, and the UK where his parents and two younger siblings live.

He currently plays as a forward for USL League One club, Fort Lauderdale CF.

When he was just 14, he was romantically linked to then 15-year-old Stranger Things actor Millie Bobbie Brown.

However, at 19, it seems he has found love with his current partner, Mia Regan.

According to Vogue, the pair have been "official" since September 2019.

The couple made their red carpet debut at The Fashion Awards 2021 show in London earlier this year.

Regan told Vogue she was able to bond with Victoria by discussing the details of walking her first ever red carpet.

“Even just talking about what I'm wearing with her, what nails and make-up I'm going to go for, it's nice to have that.”

The Beckhams' youngest son s currently still in school and lives with his parents and younger sister, Harper.

Despite being just 16-years-old, the teenager has already amassed a whopping 1.8 million followers on Instagram.

Recently on Instagram, he hinted that a music career could be in his future. 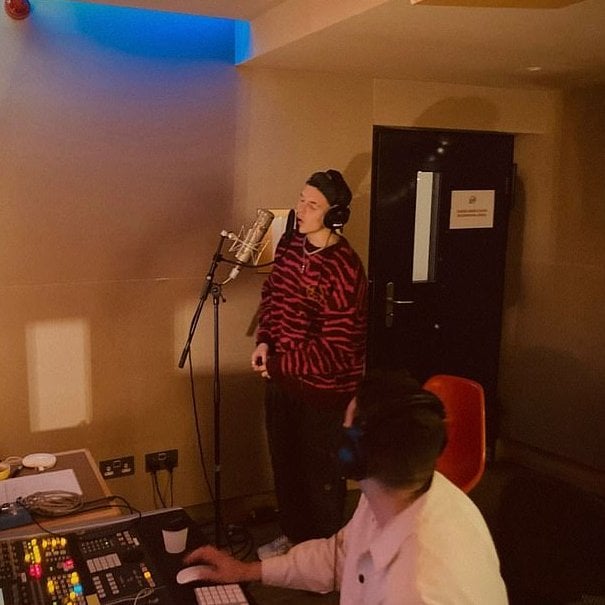 The DailyMail reported the 16-year-old was working in a London studio with renowned producer Biff, who gained notoriety for writing a number of Spice Girls songs including 'Wannabe' and 'Spice Up Your Life'.

"Cruz is taking his music career extremely seriously – this is what he sees himself doing for the rest of his life," an insider told the tabloid.

The teenager also dabbles in modelling like his older brothers from time to time, and in August did a major shoot with his oldest sibling, Brooklyn.

While Cruz's destiny remains undefined, there's no doubt his future is bright.

10-year-old Harper is the only daughter, and the youngest child of David and Victoria Beckham.

While she is still in school and living with her parents, she has become a mini fashionista, just like her mother.

And already, she has begun sneaking pieces from Victoria's wardrobe.

On Instagram earlier this year, the mother-of-four shared a sweet photo of her husband cuddling with their youngest child.

"Harper and daddy (with a major tan going on!!) x kisses," she captioned the photo.

In the picture, eagle-eyed fans were able to spot the Woven Silk Jersey Lace Cami Dress from Victoria's fashion line.

“On one hand, she’s quite girly, but on the other hand she has three big brothers and likes to run around and play football,” Harper's mum told Vogue in October 2018.

“She’s been able to run in Alaïa platforms since she was three,” she added.

“But only at home – she would never be allowed to leave the house in heels.”

Despite what many may believe about the four Beckhams - and especially Harper - Victoria has made it clear she and her husband are "very strict" parents.

"[We have] never spoilt the children with anything other than love," she shared with Vogue in 2016, before adding: "[we are a] very affectionate family, we're always cuddling and we communicate constantly."