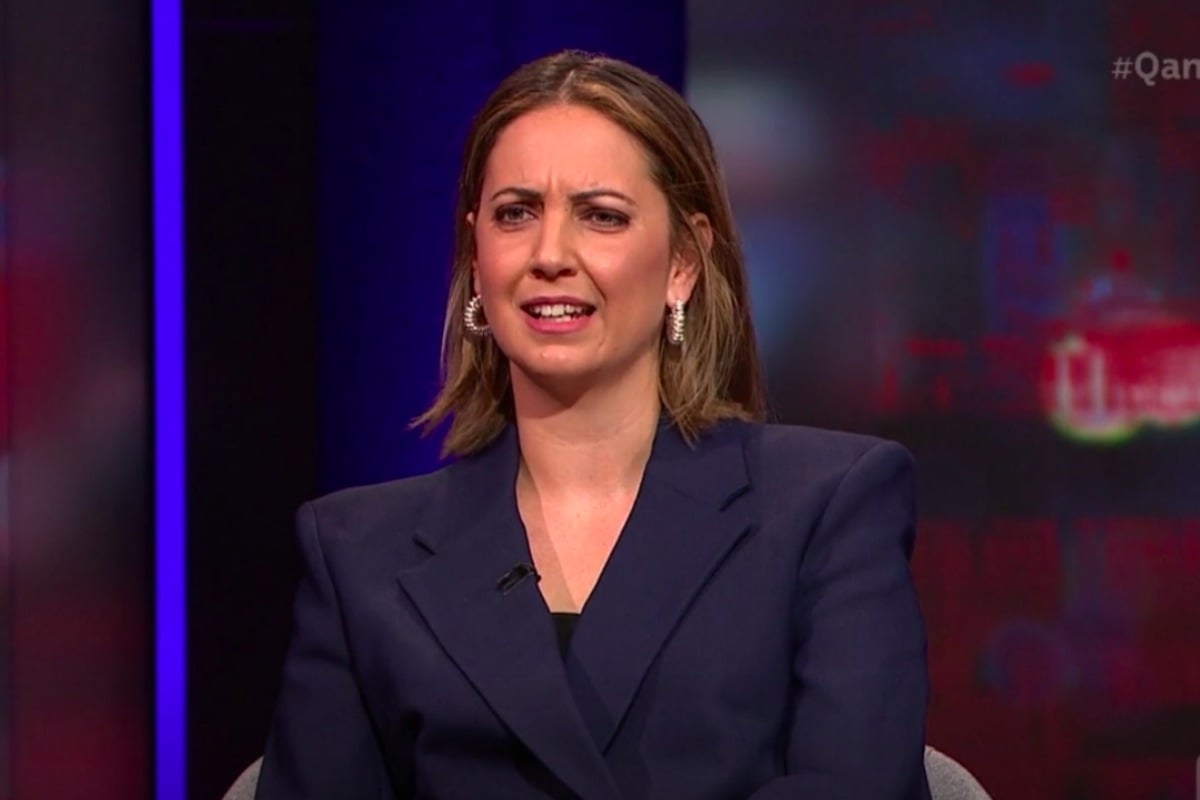 On Monday morning, during her regular slot on Today, Pauline Hanson made some highly offensive comments about the residents in lockdown in nine Melbourne housing commission towers.

She referred to them as drug addicts and alcoholics and claimed they shouldn't be complaining because "some of these people know what it is like to be in tough conditions".

On Monday night's episode of Q&A, Today entertainment reporter Brooke Boney she said felt heartbroken when she watched the One Nation leader's comments go to air.

"I felt completely heartbroken. I grew up in housing commission. I was thinking about all of those kids sitting at home watching it, all of those people trapped in their apartments watching and thinking this is what Australia thinks of us. This is what the rest of our country thinks... that we're alcoholics and drug addicts, and that's disgusting," she said.

"I am all for free speech, and I think when people have different perspectives, most of the time it does help to drive argument forward, or debate forward. But when you use it to vilify people or to be deliberately mean, that to me is disgusting."

After the segment on Today, Pauline was dropped as a contributor to the show, with Nine's Director of News and Current Affairs Darren Wick stating, "The Today show has advised Pauline Hanson that she will no longer be appearing on our programme as a regular contributor.

"We don’t shy away from diverse opinions and robust debate on the Today show. But this morning’s accusations from Pauline Hanson were ill-informed and divisive. At a time of uncertainty in this national and global health crisis, Australians have to be united and supportive of one another. We need to get through this together."

But while Brooke confirmed that she's "glad to see her [Pauline] gone," she did stand up for Today's decision to have her on air.

"Let's not forget that she is elected, and if I go around and have a look at the comments on the internet, there are a lot of people who support Pauline Hanson. And those perspectives should be heard, I don't agree with a lot of them... and they certainly don't match up with my values... but that doesn't mean that their perspective is worth any less than mine and that they shouldn't be heard on platforms like the Today Show. But when they cross over to being mean, and causing division, and vilifying a whole group of people, I think that's a whole different story. That's where we draw the line," she said.  ﻿

The other politicians on the panel disagreed, with retired Liberal MP Christopher Pyne reminding the audience that commercial TV puts ratings over everything, while Labor MP Terri Butler remarked that "she [Pauline] has always been public racist since 1996".

"I think that's a cop out," she told Brooke.

Last night, Pauline appeared on Sky News, and stood by her offensive and racist rhetoric.

"I speak on behalf of a lot of Australians. If we are going to allow the left and these people to shut us down… we won't have true democracy in our nation. As long as I am a member of parliament, I am going to keep speaking out and say what I feel needs to be said, if we are going to have a cohesive society," she told Andrew Bolt.

LISTEN: To Brooke's interview with Mia. Post continues after podcast.

Brooke grew up in housing commission in Musselbrook, NSW, with her single mother and five siblings.

"I don't want to romanticise what it was like to grow up in housing commission. Because it's really hard, and you think about things like money or jobs or prosperity as things that will never happen to you, or that you'll never get to experience. You live paycheck to paycheck, and it's a really difficult experience when you're a kid because it forces you to grow up a bit faster," she told Mia Freedman in an episode of No Filter last year.

"You're definitely aware of it... we didn't have a lot, and you're always sort of stressed. Because even though you're not paying bills yourself, you're always surrounded by things that are a little bit more tough than if you're in a middle class family."

Reply
Upvote
I was lucky enough to be allocated housing commission when I left my marriage with two young children. Although I was grateful to have a roof over our heads the majority of tenants were infact alcoholics, drug addicts, violent & abusive. We lived in fear and even the police would only turn up in numbers.. it is hurtful to have people judge you and your innocent children because of where you live but I do understand why.
G
guest2 2 years ago

Reply
Upvote
@shadow  the same to a block of housing commission flats near my parents' home.  We went to school with many of the children and in fact our school teacher lived there.   The flats were all beautifully maintained, peaceful and safe and no stigma attached  to them.    By the time I had left school, that had changed and the flats were now filled with drug addicts, ex criminals etc.   it was so bad, all of the older residents had to be shifted out.  Generally the people denying  how squalid some of those public housing towers have become, don't live there.
L
laura__palmer 2 years ago

Reply
Upvote
Or, they have a great understanding of how squalid they have become and know that this is a symptom of a society that puts profits before people.
Also, stigma has always been attached to housing commission kids, I was just talking to my co-worker about it, who was born in the 60s and grew up in housing commission. I had housing commission near my place growing up where the houses were beautifully maintained, there were also housing estates around the same area with all sorts of problems. So, again, it's this pretending that there was once some sort of good old days. Slums have always existed, they have always been a place to house people with mental health problems, drug addictions, criminal backgrounds, single mothers, and those that the wider society decides they don't want to look at too much.
G
guest2 2 years ago