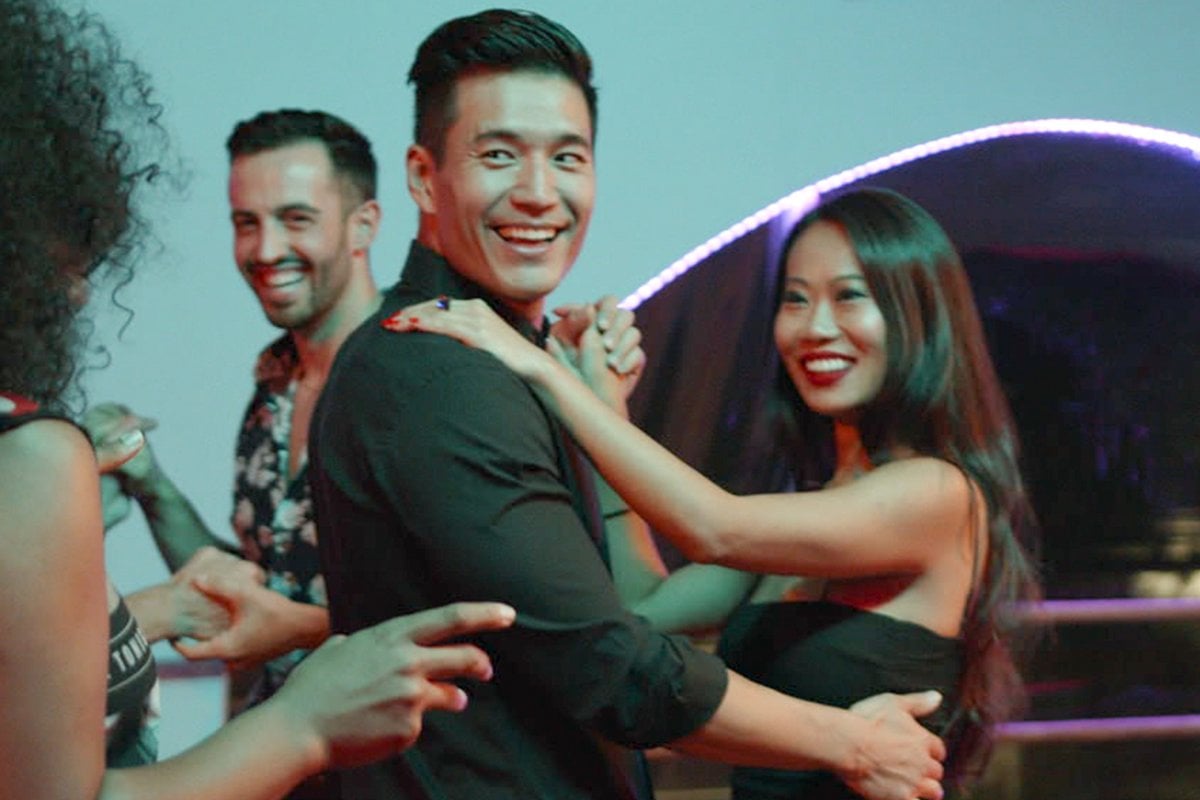 In case you missed it: Netflix's Bling Empire has well and truly taken its place at the peak of reality TV obsession.

It follows the real-life 'Crazy Rich Asians' of Los Angeles as they throw luxurious parties, spend far too much money and navigate relationships, friendships and careers (which we're not too sure exist).

It feels... excessive and dramatic, and it will have you scouring Google after every episode in search of more juice.

Watch the trailer for Bling Empire. Post continues below.

Maybe you too have been wondering about the truth behind Kelly and Andrew's relationship, or most importantly, who the f**k owned that penis pump.

Well, here’s a round-up of all the very important gossip surrounding Bling Empire.

Well, according to producers, no. (But of course they'd say that...)

In an interview with O, The Oprah Magazine, showrunner Brandon Panaligan said: "We tapped into the energy of a group who already know each other and are invested in each other's lives. That's the magic in starting a show like this — it's not forced.

"We brought our cameras into a world that was already there with rivalries and friendships and loyalties preexisting. The only question was whether or not they would let us document them. It speaks to their excitement about Bling Empire that the show turns out the way that it did."

Perhaps the only voice of reason in Bling Empire, Kevin Kreider, helps with making the show feel 'real', as he watches the ridiculous wealth as an outsider to the community.

"I really hope people give this show a chance and look beyond the fancy stuff, the bling because underneath all of that are real Asian-American stories. It's not just about making money and spending it," he told Newsweek.

"These are real human stories — people trying to find their identity and connect with others, getting over insecurities and abandonment, finding their past and their family, and finding their place in the world."

True or not, it does make amazing television.

Christine or Anna? The rest of the cast weigh in.

In a Netflix exclusive "Bling Empire Cast: Where Are They Now," video, producers ask the cast whether they are "Team Anna or Team Christine," of course referring to the pairs ongoing feud over the course of the series, and the answers are... varied.

"I would say both," said Jersey.

"I would have to say team Anna," Kevin said.

"I'm gonna go for the underdog, so I'm going to go for Christine," Kim said.

"It's Anna's world, we're just living in it," said Kelly.

The pair spent much of the series trying to one up and isolate the other, so this is very telling news...

Are Bling Empire's Kelly and Andrew still together?

We got a good glimpse into Kelly Mi Lee and Andrew Gray's very toxic relationship from episode one of Bling Empire after the infamous Paris hotel call, and if it's even a slight indication of what they're usually like, she needs to run for the hills.

But, during a recent interview with Distractify, Kelly would not confirm whether she's still with Andrew, alluding to a potential season two coming, where we would get to see how they end up.

"There's definitely a lot of cliffhangers [in the finale]... I guess we have to find out if me and Andrew make it or not [sic]," she said.

The couple has been careful not to post any photos of them together since Christine Chiu's Chinese New Year party in 2019. However, Andrew did post a photo of himself with their dog in September 2020, with the caption: "one hug/smooch is never enough".

And, perhaps most telling clue came in the Bling Empire Cast: Where are they now special, where Kelly spoke on their relationship.

"I definitely can see where the audience are coming from. They saw a really dark period of our relationship... I don't excuse it at all," she started.

"After filming we took a good five to six-month break where we just focused on ourselves.

"Going to therapy individually and just working on ourselves, you know now that we're back in communication and seeing each other, it's night and day."

Let's hope for their sake that she's right.

Who owned the penis pump?!

Okay, we know you were all wondering.

Perhaps the best scene of Bling Empire this season took place when Kim and Guy found a penis pump in Anna's shower, and launched it out the window onto a group of women having a spa day. 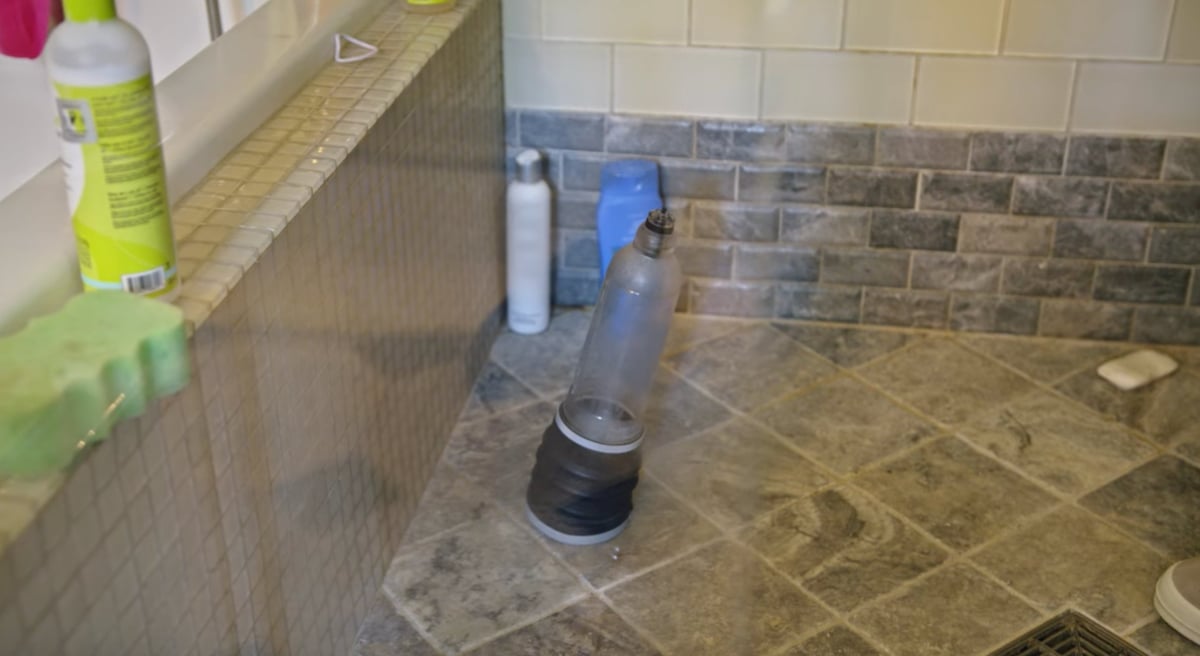 "The penis pump was in the guest bathroom shower," Anna explained to Entertainment Tonight, claiming that it belonged to a guest.

"I didn't expect people to walk around my house.

"If I were a producer, how could I not? How could I say, ‘Please, don’t use it!’ So you gotta go with the flow. It was there, they found it. Right or wrong, it doesn't matter. It's done, it’s there."

In the Bling Empire Cast: Where are they now YouTube video, the cast weighed in on their theories on who it may have belonged to.

"Initially I thought it was Kevin's, I'm not gonna lie," Kane said.

"I think it was Florence's penis pump and maybe he left it by accident," Kevin said.

The rest of the group had similar theories, although Florence responded; "not mine, I'm telling you and that's all I'll say..."

The mystery lives to see another day.

Will there be a season 2 of Bling Empire?

While a second season hasn't been confirmed just yet, thanks to the show's top-10 position on Netflix, and producer Jeff Jenkins' enthusiasm to get going again, it's looking positive.

“The cast is hilarious, sexy, funny, dramatic, and conniving. All of us would love to continue on this journey with them for as many years as viewers are interested," Jenkins said to O, The Oprah Magazine.

Plus, Christine Chiu suggested they "keep the pace", in an Instagram post where she thanked audiences for supporting the show.

"You, us, together, we are having important conversations about infertility, adoption, acceptance, identity, family, friendship and more and advancing the path for cultural diversity in entertainment arts," she wrote.

Of course, there may be a little delay on filming for season two due to coronavirus and lavish parties not being the perfect mix, but with vaccines now being rolled out, a girl can hope!