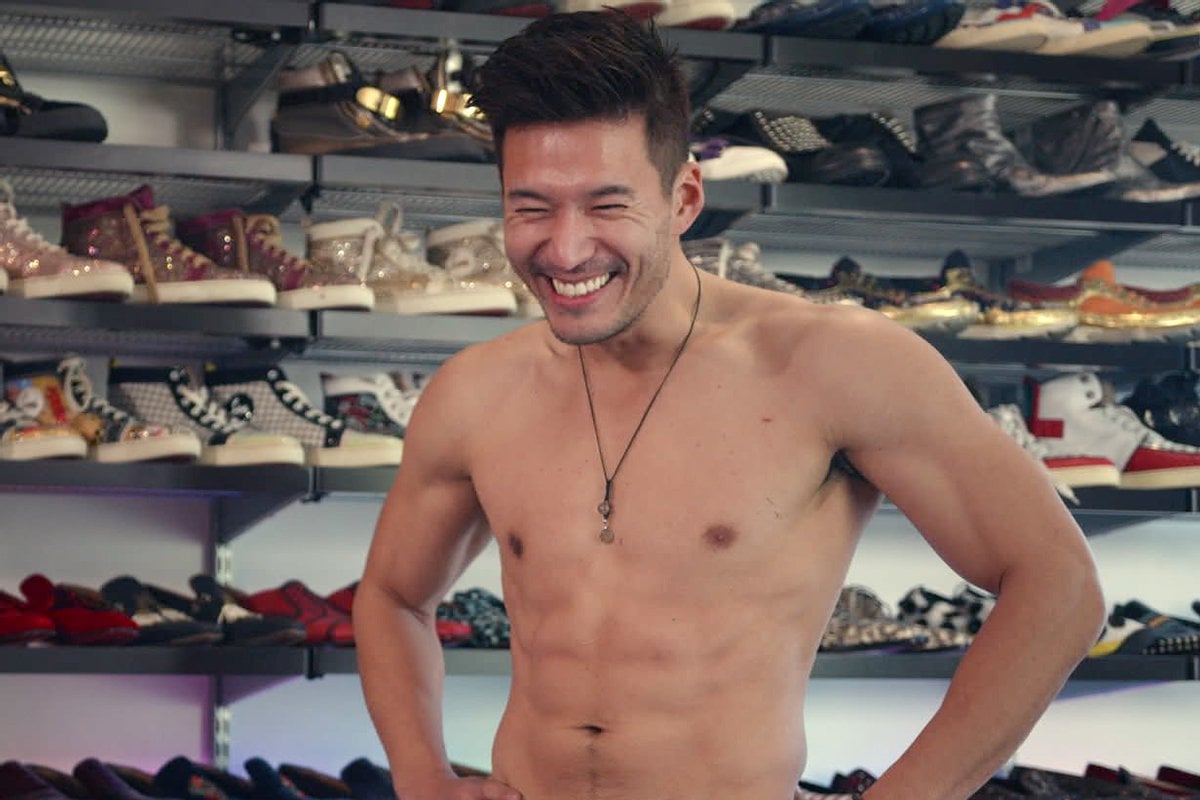 The reality show, which has been described as a mix between Crazy Rich Asians, Selling Sunset and Keeping Up with the Kardashians, follows the lavish lifestyles of a group of wealthy Asian American socialites in Los Angeles.

They throw luxurious, utterly ridiculous parties. They spend far too much money. (Plane trip to Paris for a lunch date, anyone?) And they don't appear to... work.

Watch the trailer for Netflix's Bling Empire below. Post continues after video.

But amid all the ridiculousness, there's a voice of reason in Bling Empire.

Unlike his cast mates, Kevin, who comes from humble beginnings, acts as a voice of reason (and narrator) in an otherwise opulent world.

Here's everything we know about Bling Empire's Kevin Kreider.

Who are Kevin Kreider's parents?

As a young child, Kevin moved to Philadelphia, Pennsylvania, after being adopted into a middle-class Caucasian family.

In Bling Empire, Kevin's storyline involves getting a DNA test as he searches for his biological mother.

The 37-year-old also tried regression therapy in an attempt to reconnect with his biological parents.

At first, Kevin was hesitant about sharing his adoption story on Bling Empire.

"I remember telling one of the producers that I didn’t really want to do this adoption stuff," he told Newsweek.

"I thought it was going to be cliché. But when we started getting into it more, I was like, 'Wow, this might actually mean something more to me than I thought.'"

He was also inspired to learn more about his biological parents after struggling with his identity throughout adulthood.

What does Kevin Kreider do?

Kevin Kreider predominately works as a model and fitness coach in Los Angeles. In recent years, he has been in campaigns for Peloton and Gillette.

The model has also worked to raise awareness for Alopecia Areata after losing "the majority of his hair" due to the autoimmune disease.

In 2019, Kevin was the focus of a documentary, The Ugly Model.

According to Bustle, the 37-year-old is hoping to do more acting and scriptwriting.

"I've written scripts and I've been working on projects with other writers," he said.

What is Kevin Kreider's net worth?

In the show, Kevin told a friend that he lives in a share house in Los Angeles for $1,000 a month. While he has his own bedroom at the home, Kevin said that he shares a bathroom with his housemates.

Surprisingly, however, The Tab have estimated Kevin's net worth as $10 million.

Kevin Kreider became involved in the Asian American social scene in LA after Kelly Mi Li reached out to him on Instagram.

Kevin essentially fell into his role on Bling Empire after Kane told him about the group's plans to create a reality show.

"I was like, 'You know I'm not rich. Are you sure you want me to be in this? That might ruin you guys' vibe because I don't know that world very well,'" he told Entertainment Weekly. "And they're like, 'No, you'd be perfect. Let's just do it. Let's try it.' So that's kind of how I got involved with the show, and how I met the friends that I have."

Speaking to the publication, Kevin reflected on what it's like witnessing the extravagant spending of his cast mates.

"[I saw Anna Shay] buy three Mercedes Benz cars in one day. It was almost a million dollars' worth of Mercedes Benz cars and she's like, 'Oh yeah, my son just needs one. Oh, I need one. Oh, one for Kane too.' And I was like, 'What?!' It just blew my mind," he said.

While Kelly and Andrew were on a break, Kevin took Kelly on a date on the show. 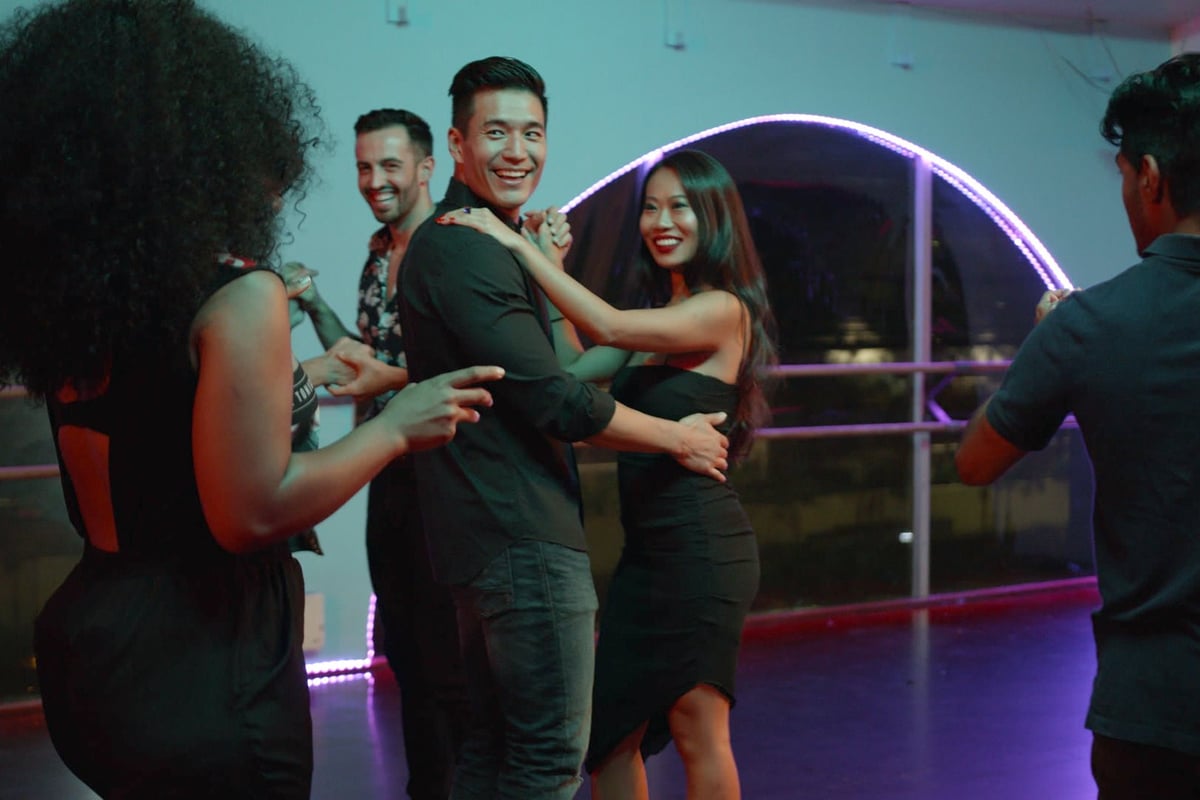 Although there was a connection between the pair, it doesn't quite work out.

"We still text, and she's very responsive if I need to call her or talk to her about stuff," Kevin told Bustle.

Besides his connection with Kelly, Kevin also appeared to have a spark with Kim Lee on the reality show.

"I really felt a spark at that party [Cherie Chan's 100 Day Celebration] with her, and I saw a gentle side there that I never saw before," Kevin told Entertainment Weekly.

"We talked a lot afterwards like, 'Was that real? Was it not?' I don't know," he continued. 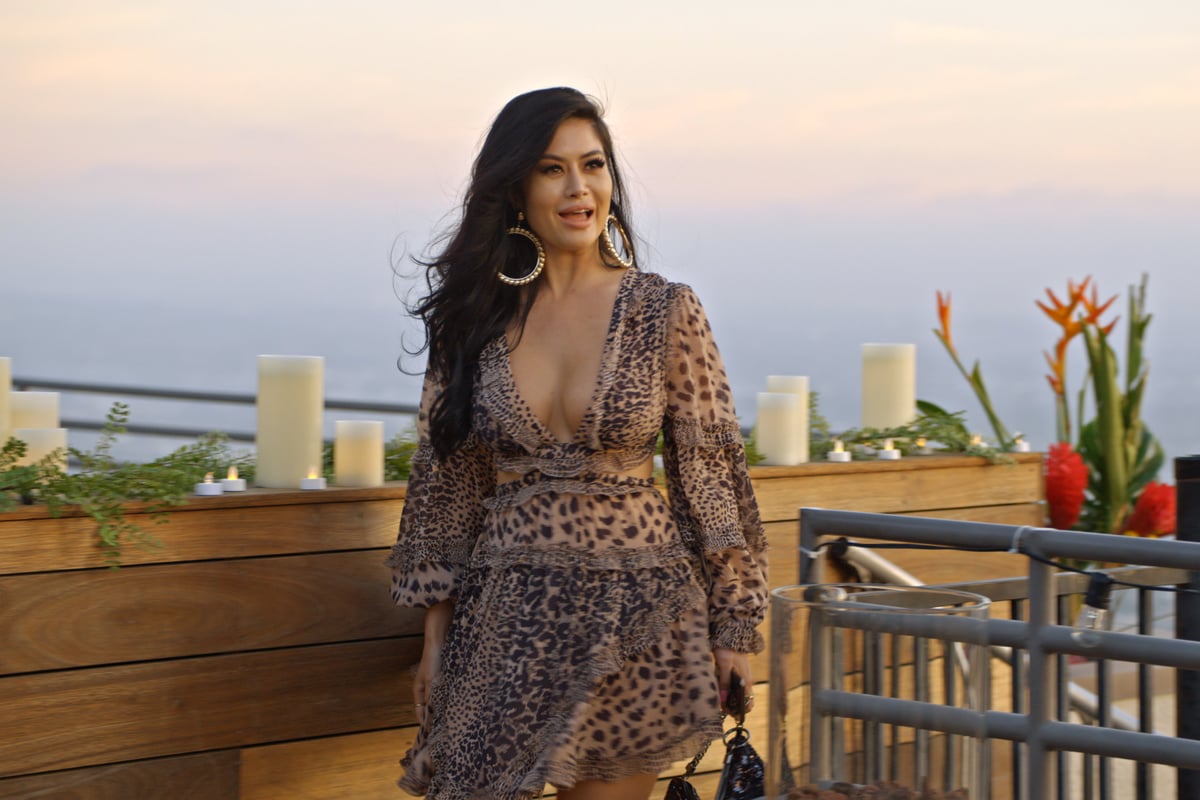 "There's definitely a physical attraction, but there are some things that don't attract me about her, and we're really just, oddly, figuring that out because we do talk."