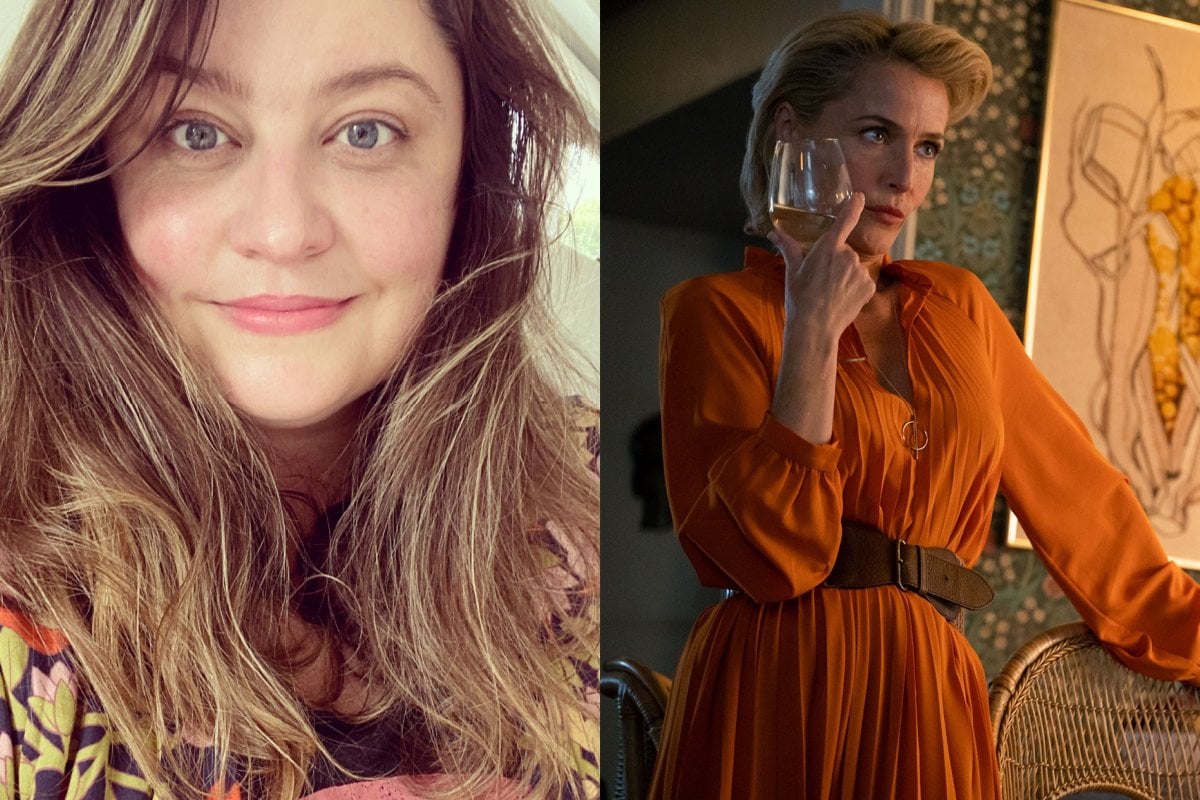 There are a hell of a lot of TV shows on Netflix.

But there are some Netflix shows that absolutely deserve the hype.

These are the shows you will binge in a weekend and then beg for more.

So, to help you out, I've rounded up the 11 Netflix series that definitely deserve the hype around them: 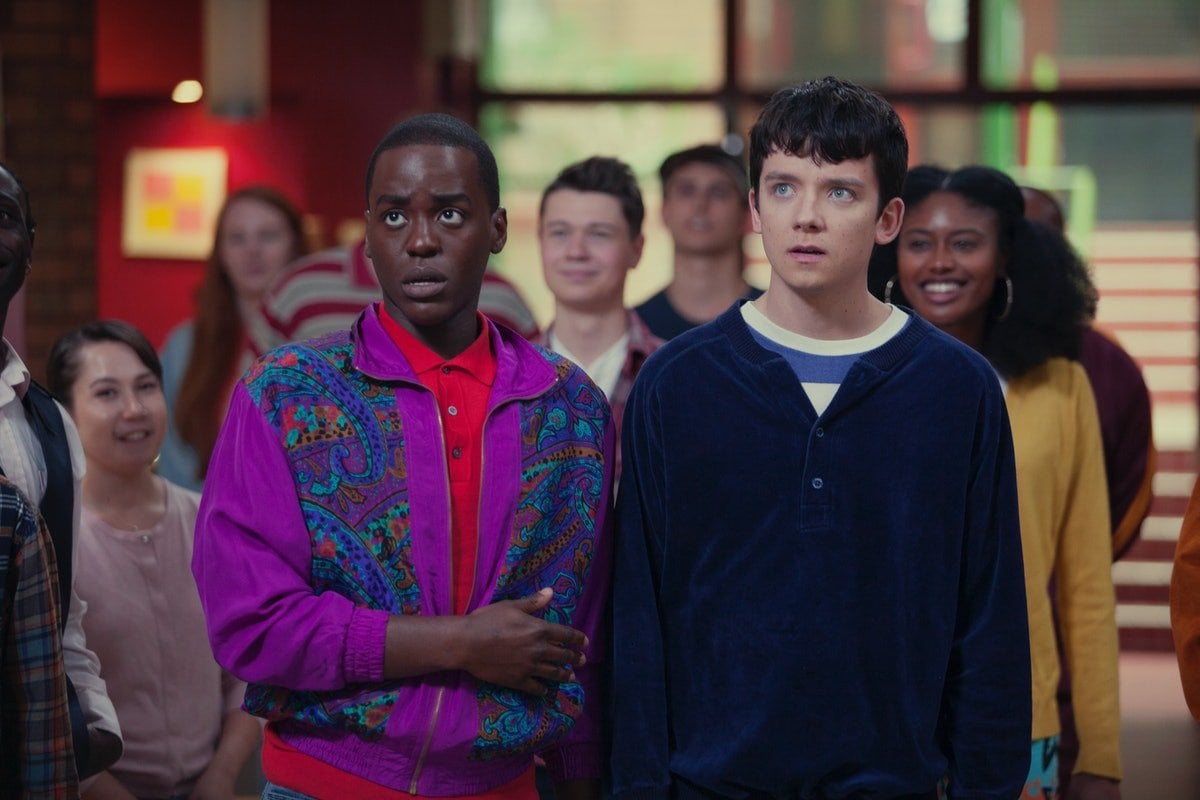 Sex Education is the complete opposite of the teen TV shows I grew up with, where there were clear social groups and predictable storylines.

The series takes all these teen show tropes and turns them on their head.

It stars Asa Butterfield as Otis, a sexually repressed teenager who lives with his single mum Jean (Gillian Anderson), who is a sex therapist.

In a nutshell, Sex Education is about a bunch of gloriously diverse, funny, smart teenagers who are learning to love their bodies, what makes them different and what makes them feel good.

More than anything, it's bloody funny. And warm. And feel-good. Which is exactly what we need right now.

Watch it if you like: Living in a big house and wearing amazing kimonos while raising your socially awkward son, inappropriate choir songs, and demonstrating things with... bananas. 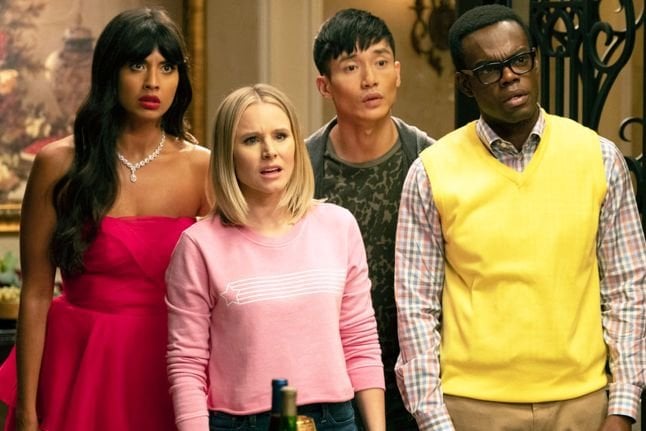 The Good Place poses the question - what does it really mean to be a good person?

It follows the story of Eleanor Shellstrop (Kristen Bell), who is, quite frankly, a terrible person. When Eleanor is killed in a supermarket carpark after stocking up on booze and snacks, she's welcomed into 'The Good Place'.

Eleanor immediately realises she shouldn't be there due to the fact she's a massive jerk, and thus begins an epic journey with Eleanor and her pals finally learning how to be good people in the afterlife.

Watch it if you like: Stocking up on snacks and booze, Parks and Recreation, Ted Danson as a bit of a silver fox, and personal growth. 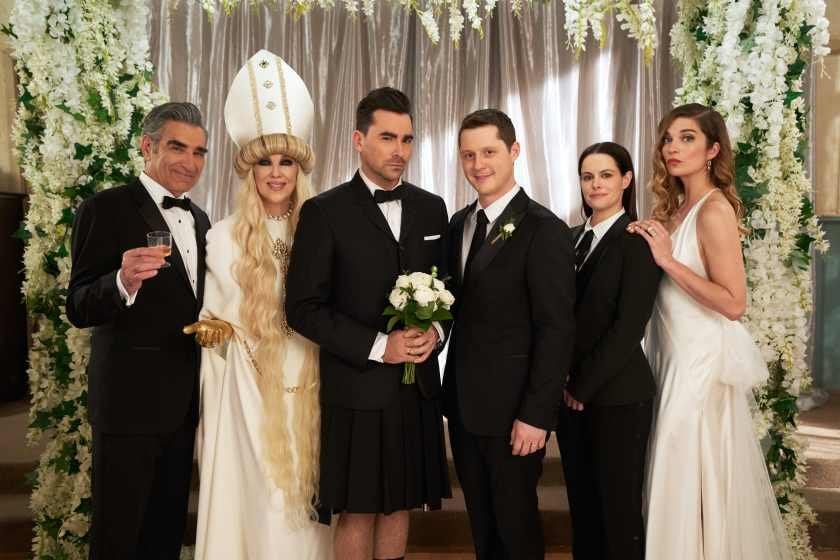 Schitt's Creek snuck up on us.

It's the kind of show not many people were watching until its final season and then it cleaned up at the Emmys and Golden Globes.

After losing their fortune, the Rose family are forced to move into a motel in the small town of Schitt's Creek.

There they learn to embrace the common people and... bedbugs, while discovering what they really want in life.

Fair warning - it will take you most of the first season to fall in love with the Rose family and then you'll want to move into the bedbug-ridden motel with them.

Watch it if you like: Impressive eyebrows, sibling rivalry, wearing all black, and finding love in a hopeless place. 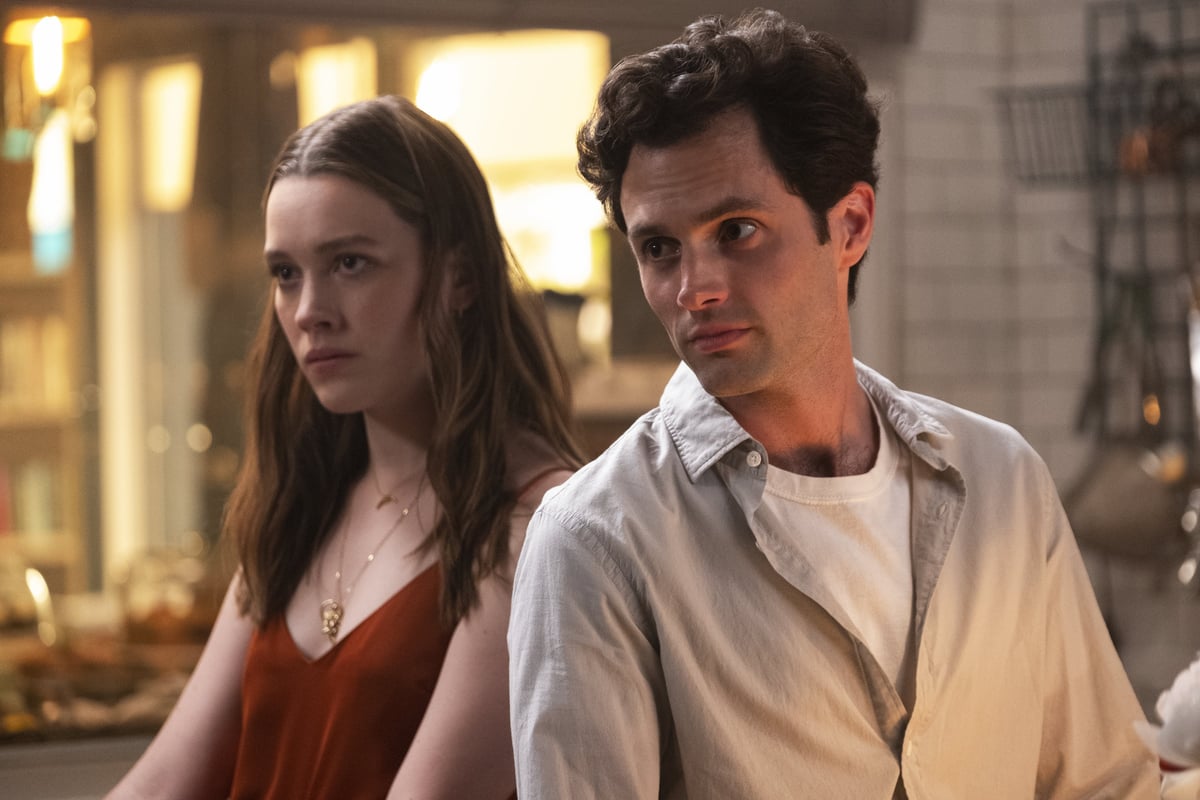 Is You just Dan Humphries from Gossip Girl all grown up and a bit murder-y? Yes, it is. But is it one of the most addictive TV series on the streaming platform? Yes, it is.

If you haven't been locked in a glass cage in a basement by Dan Humphries yet, I urge you to watch the first two seasons before the third season drops onto Netflix on October 15.

Watch it if you like: Handsome yet murder-y fellas, bookworms, and lots and lots of plot twists. 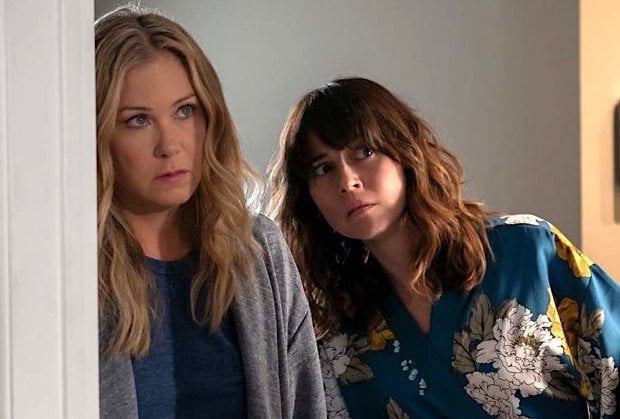 Dead To Me is packed full of twists.

When Jen (Christina Applegate), a recently widowed real estate agent, befriends Judy (Linda Cardellini) at a bereavement group, she thinks she's finally found someone who understands what she's going through.

But Judy be lyin' to her.

And that's just the start.

Watch it if you like: Lyin' and cheatin', cool widows, disastrous pool parties, and your best friends. 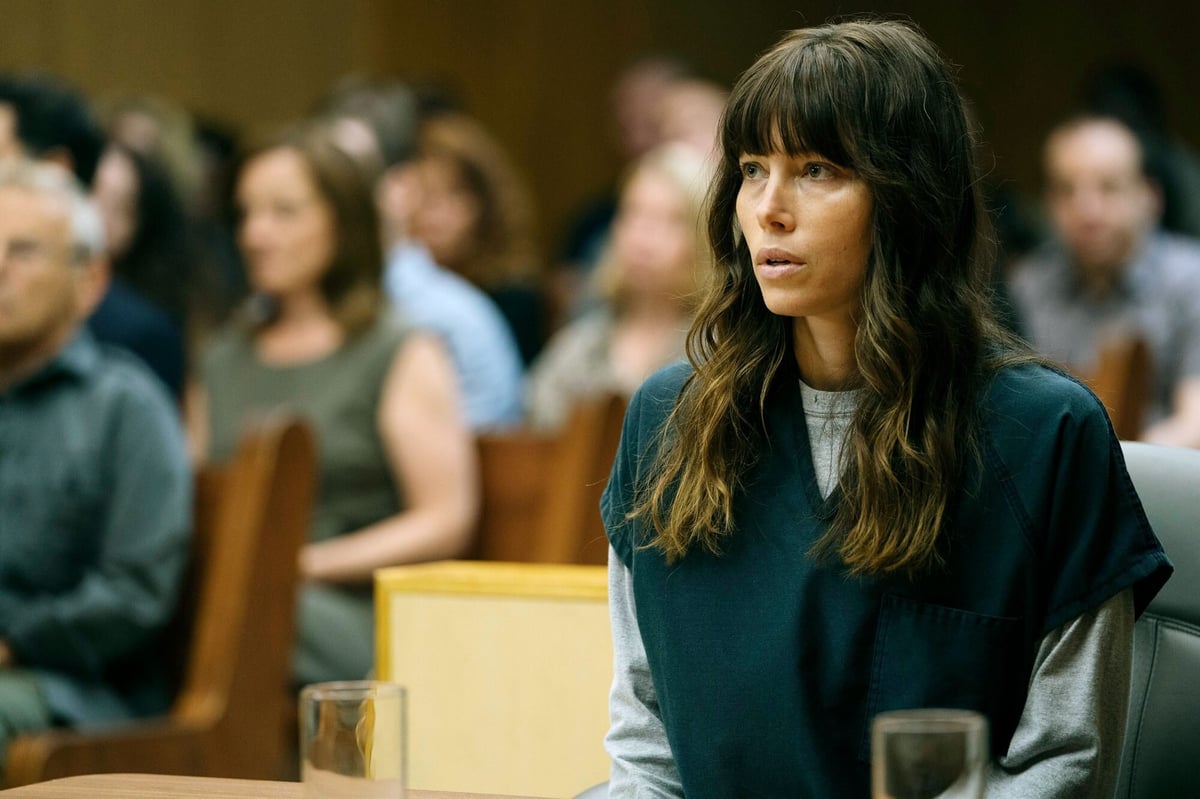 The Sinner season one delivered the best twist since The Sixth Sense.

It follows the story of Cora Tannetti (Jessica Biel), a young woman who unexpectedly stabs a man to death in the middle of a crowded beach.

Detective Harry Ambrose (Bill Pullman) is tasked with digging into Cora's past to find out why she did it.

And the twist is... mind-blowing.

Season two was... ok, and season three returned to its former glory with Matt Bomer as Jamie Burns, an expectant father who is involved in a fatal crash but can't remember why.

Watch it if you like: Your beach trips with a side of murder, Jessica Biel's expressive court face and plenty of plot twists.

The Haunting of Hill House 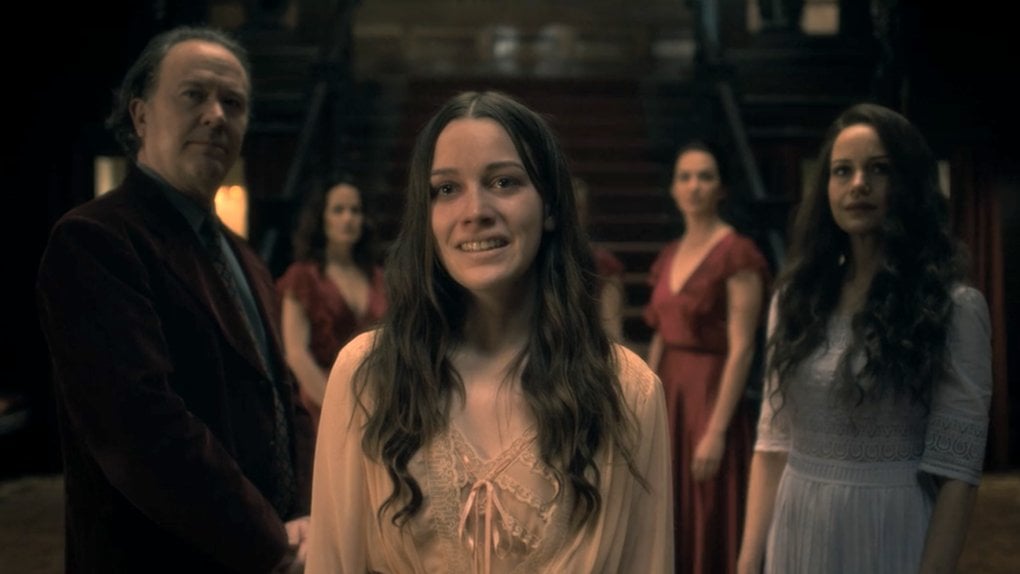 The first season of The Haunting of Hill House was extraordinary.

The series is loosely based on the 1959 novel of the same name by Shirley Jackson and it follows the story of the Crain family and their, well, really haunted house on a hill.

In the summer of 1992, Hugh and Olivia Crain and their five children - Steven, Shirley, Theodora, Luke, and Eleanor - move into Hill House with a plan to sell it and build their own house.

When unexpected repairs mean they are forced to stay longer, they begin to experience some... spooky things which end in an unexpected death.

Twenty-six years later, the remaining Crains reunite after another tragedy and are finally forced to face their past and what really happened at Hill House.

Watch it if you like: Jumping out of cupboards and saying boo, intergenerational trauma, and your scares with a side of tears. 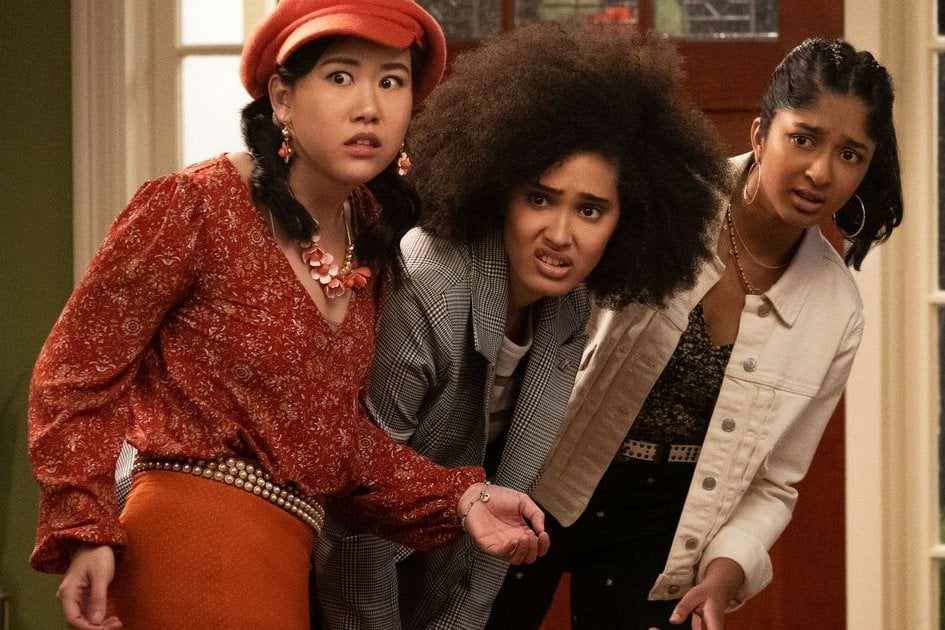 God this is a brilliant show.

The series is created by Mindy Kaling and is loosely based on her own experience of being a teenager in Boston.

It stars Maitreyi Ramakrishnan as Devi, a 15-year-old American-Indian high school student who is grieving the sudden loss of her dad and is determined to lose her virginity to her hot classmate, Paxton.

The series is narrated by professional tennis player John McEnroe, which is an odd but incredibly entertaining choice.

Never Have I Ever is a brilliantly funny series about identity, female friendship, growing up and finding out what you really want in life.

Watch it if you like: The Mindy Project, your best friends, having a crush on the hot guy at school, and laugh out loud moments. 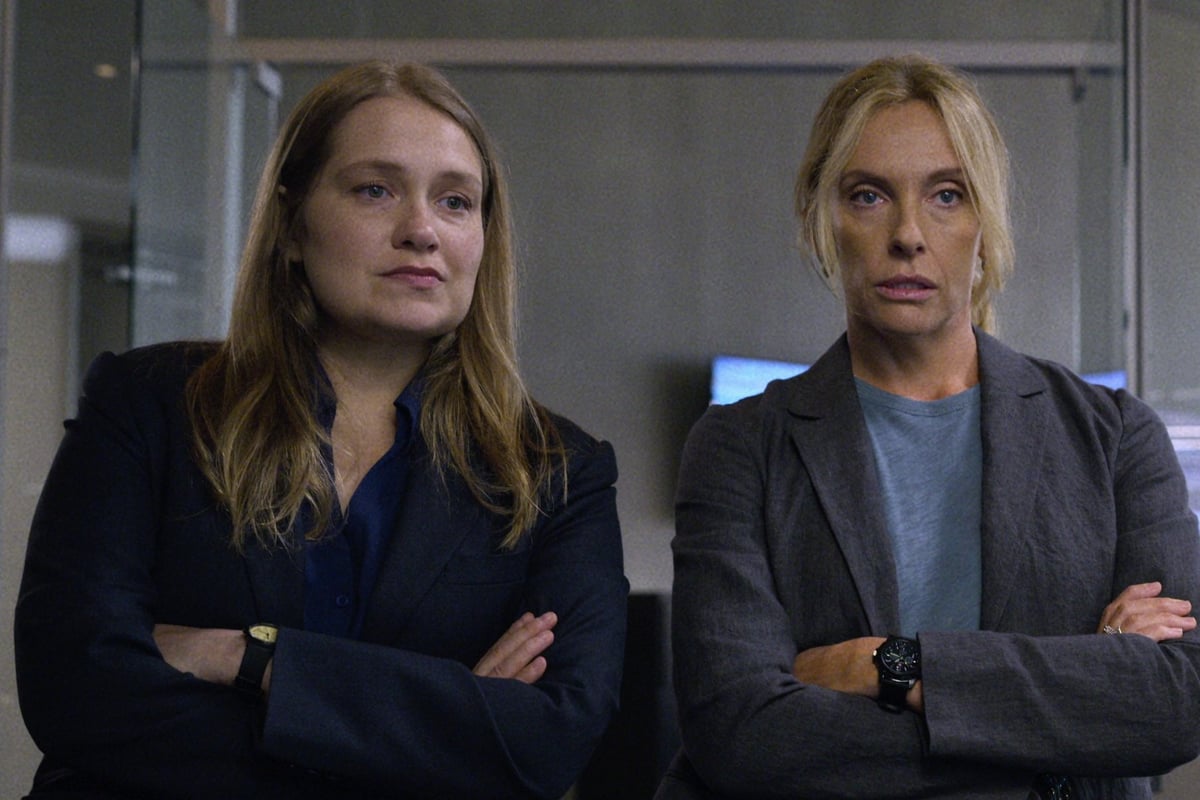 Unbelievable is one of the best mini-series Netflix has ever made.

The series, which stars Toni Collette, Merritt Wever and Kaitlyn Dever, is based on the 2015 news article "An Unbelievable Story of Rape", which went viral globally at the time of publication.

In the series, Dever plays Marie, a teenager who is charged with falsely reporting a rape. Collette and Wever play two detectives who uncover a serial rapist and finally get justice for Marie.

Watch it if you like: Badass female detectives, anything Toni Collette touches, and happy-ish endings. 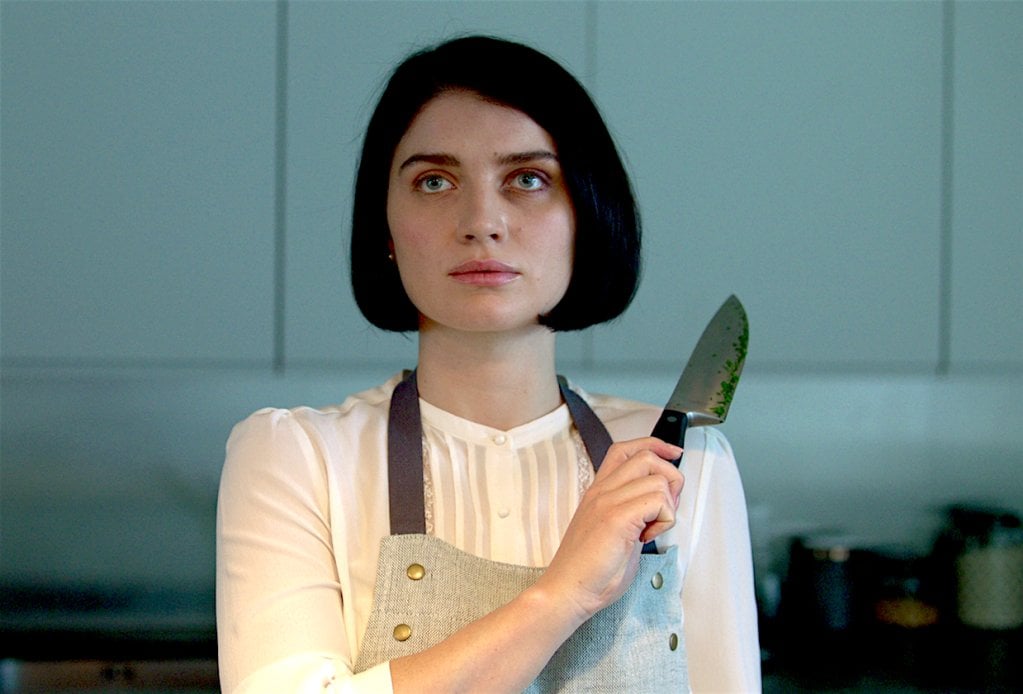 Watch it if you like: Tall, dark, mysterious men, murder-y estates, and unbelievable twists. 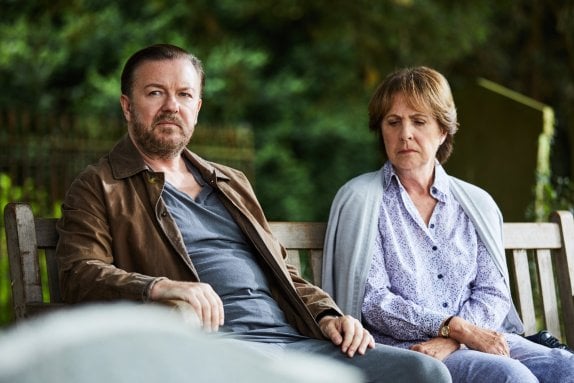 Gosh this is a beautiful show.

It stars Ricky Gervais as Tony, a recently widowed man who is a bit of an... a*sehole.

After losing his wife to cancer, Tony decides he wants to punish the world by swearing at his co-workers and yelling at his postman.

But, eventually, with the help of few unexpected friends, Tony is forced to let love back into his life and he learns how to see the beauty in the world again.

Watch it if you like: Swearing at kids in public places, being annoyed at all times, but ultimately learning to love again.

After losing his wife to cancer, Tony decides he wants to punish the world by swearing at his co-workers and yelling at his postman.

Look, I don't disagree with your recommendation - After Life is brilliant - but I do disagree with this summary! After Life basically depicts a man who is depressed and seriously considering suicide. He acts the way he does because he doesn't envisage life going on for much longer, so there are no consequences to being unpleasant or harshly honest with people. The series is really is such an honest and insightful look at depression and grief - it seems wrong to summarise it the glib way you have.
Resources
Very Peri
News
General
Opinion
True Crime
Politics
Sport
Explainer
Entertainment
Celebrity
Reality TV
Movies
TV
Books
Rogue
Royal
Lifestyle
Beauty
Fashion
Weddings
Home
Wellness
Health
Fitness
Travel
Food
Family
Before The Bump
Pregnancy
Baby
Kids
Teens
School
Parent Opinion
Work & Money
Money
Finance
Career
Lady Startup