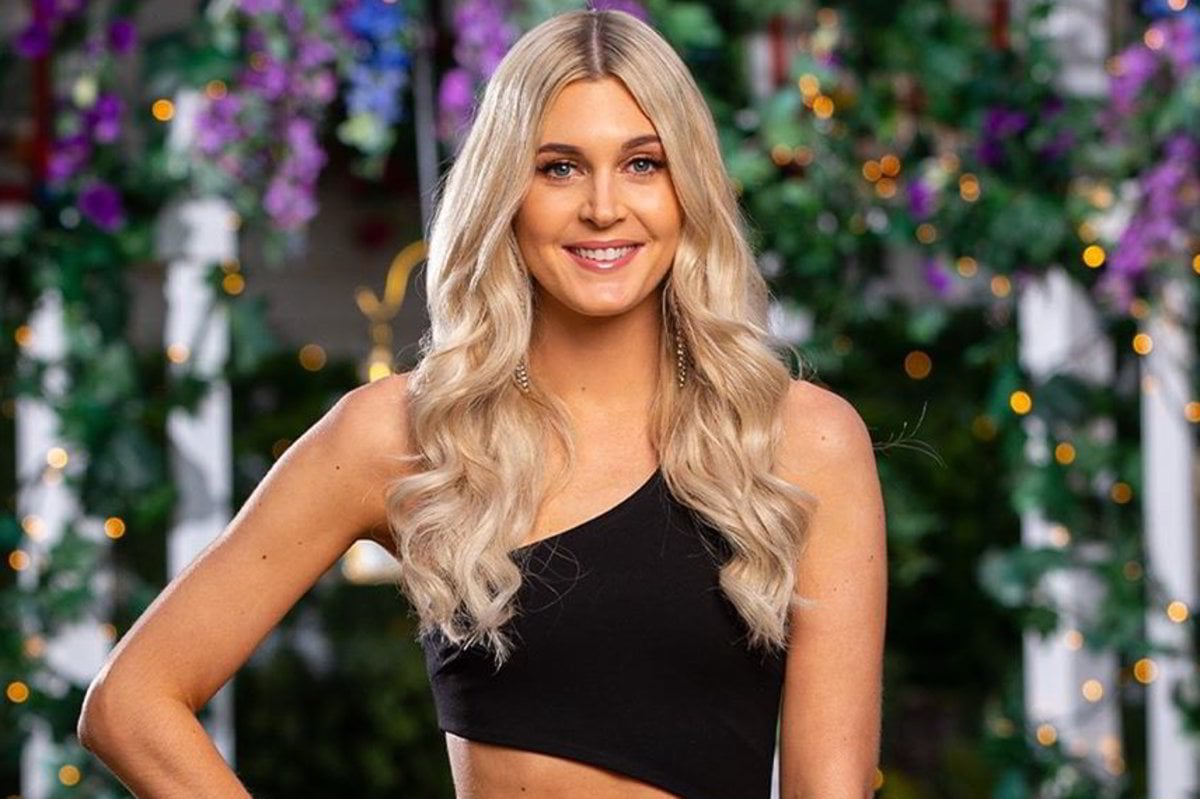 1. Steph is saying that Irena is the one starting all the drama in The Bachelor, and, PARDON?!

After an awkward date with Locky last night, Steph Harper left the mansion without a rose.

What she did leave with, however, is a little bit of sweet, sweet gossip.

You see, Steph was close friends with both Bella and Irena heading into lockdown and she's shed some light on the mystery that is their ongoing feud.

"That was building since we were in lockdown," the 26-year-old told Mamamia on Thursday morning.

"I was good friends with Irena before lockdown and we remained friends into lockdown. She told me quite a few things that Bella had said about her that were quite nasty.

"So once I got back into the mansion I kind of asked Bella about them and she was like 'that is so untrue'.

Steph told Mamamia Bella then told her a bunch of things Irena had said about her, and that's when the divide in the mansion started.

"So I think we were both like 'oh ok, we don't like this'," she explained. "We don't really want to associate with her anymore."

"So I kind of took the road of I'm just not going to be around Irena, because she doesn't bring out the best in me, and Bella just took a different road."

When asked whether she believes Irena got a good edit on the show, Steph was... cryptic in her answer.

"I wouldn't say Irena is my kind of person," she said. "She definitely said some things that have annoyed me but I'm going to leave that where it is."

While Steph remained tight-lipped about how she feels about Irena now, she told Mamamia she believes Bella will be the one standing with Locky at the end.

The Bachelor continues tonight at 7:30pm on Channel 10.

Listen to The Spill, Mamamia's daily entertainment podcast. In this episode, co-hosts Kee Reece and Laura Brodnik discuss Emily Ratajkowski's viral essay depicting her sexual assault in the modelling industry and the fallout from it. Post continues below.

2. MAFS' Ivan and Natasha have starred in a property ad together and... wow.

While most former reality TV stars turn to Instagram sponsorships and teeth whitening promos, Ivan Sarakula and Natasha Spencer have decided to star in a property ad together.

And we have so many questions.

In the video, the former Married At First Sight contestants play a (very) loved up looking married couple with kids.

The video starts off with Ivan coming home to Natasha and giving her a kiss before sharing a glass of wine together. 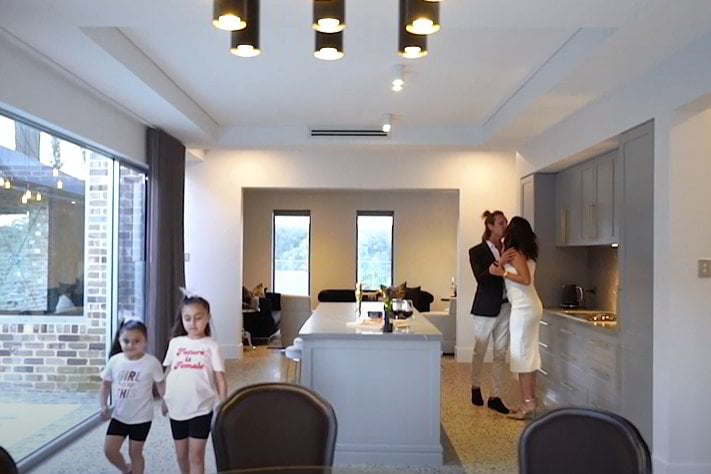 They then enjoy some time with their (fake) kids outside before blissfully splashing around in the pool. 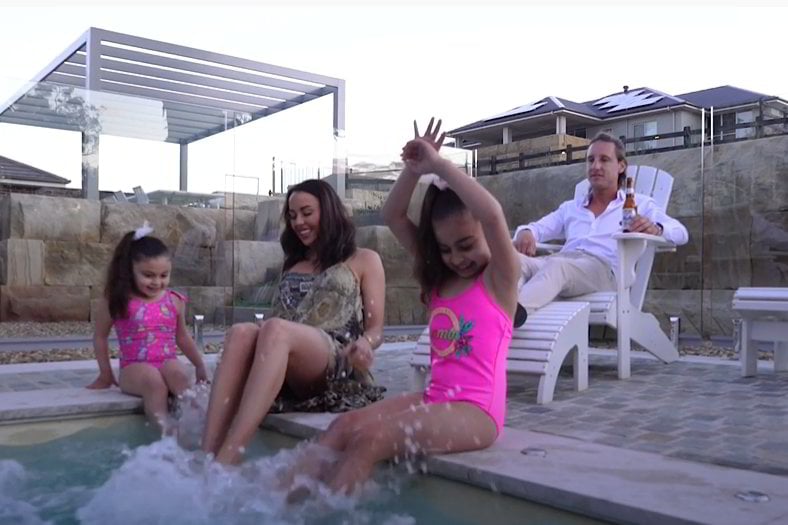 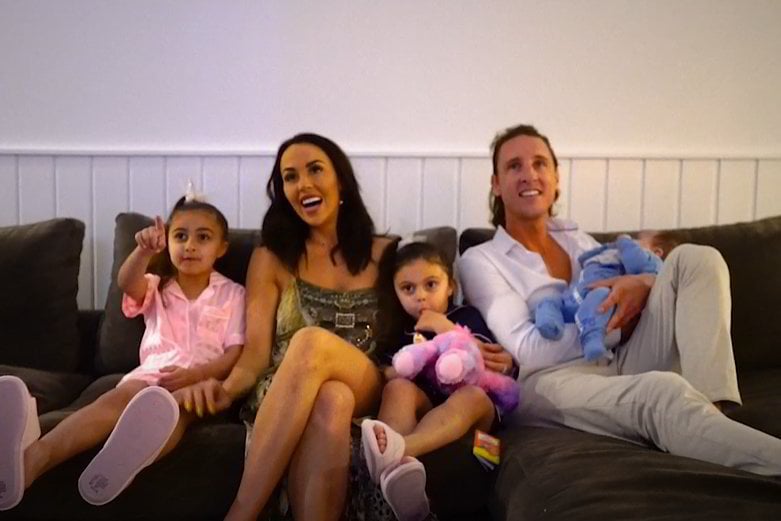 But despite the cliché family moments, Ivan and Natasha are surprisingly convincing as a married couple. Either they're both very good actors or perhaps there might be something more going on behind-the scenes.

But we'll leave that up to you to decide.

3. Dynasty star Liz Gillies had a COVID-safe garden wedding, and boy was it beautiful.

Dynasty star Elizabeth "Liz" Gillies has just married producer and composer Michael Corcoran in an intimate, COVID-safe garden wedding. This comes months after they pushed back their original wedding date in April.

"Once we saw how dire the situation was, we knew we had to postpone," Liz told Vogue.

"It was a no-brainer for us. Aside from the obvious travel and crowd restrictions, it didn’t feel right to be celebrating in such a big way when there was so much going on in the world. It would have been in poor taste to burden people by asking them to risk their lives to come to our wedding. There were more important things to focus on. Our wedding could wait."

The couple then decided on their new date, August 8.

Now, almost four months after their wedding, the newlyweds have shared photos of the ceremony.

The actress told Vogue that the ceremony took place at 7.30pm, her oldest dog Bubba was the ring bearer, her father walked her down the aisle and officiated the wedding.

"Although there weren’t many of us, we were surrounded by family. It was everything I could’ve asked for," Gillies told the publication.

Congratulations to the newlyweds.

4. Fancy going on The Bachelor? Get ready to hand over a big old list of everyone you’ve ever slept with.

If you've been watching The Bachelor, we assume you've considered what it would be like to apply or appear on the show (cmon, you have).

But although it could be great fun to appear on a national reality TV show, there is a bit of paperwork to do first. And that's just to get shortlisted.

When applying for the show they ask you many questions. Some you'd expect, while others... well, not so much.

After the usual questions, like what is your weight, dress size and height size, they get into the more pervy ones.

That includes, what makes you happy and sad? When did you last cry and why? And what do people find irritating about you?

Next, they ask about your relationships. And this is when you're going to have to think long and hard if you want the producers to know all your secrets.

They ask how many sexual partners have you had? Male? Female? As well as, do you have skeletons in your closet, e.g. jilted lovers, sex tapes, sexually explicit photos of you that have been distributed or disseminated without your permission?

5. From The Block to pregnancy: Inside Elyse Knowles and Josh Barker's seven year relationship.

The 27-year-old model and Barker, who won The Block together in 2017, announced their pregnancy on Instagram on Wednesday, writing a simple 'And then there were three' with the hashtag #babybarker.

The couple posed, with a heart drawn on Elyse's stomach, in front of Uluru where they're currently holidaying.

Elyse and Josh, 31, have been together for seven years after meeting in Josh's hometown of Byron Bay in 2013.

The couple have lived in Elyse's home in Melbourne for most of their relationship, with their two weimaraners, and in 2017 appeared on The Block - taking out the competition when their renovated house was sold to comedian Dave Hughes, pocketing them a cool $547,000 in prize money.

Elyse was a successful Australian model prior to appearing on the show, working for brands like Billabong and Seafolly, but the show's publicity sent her profile skyrocketing - and in 2018 she took over as Myer brand ambassador from Jennifer Hawkins.

Speaking to Mamamia in 2018, she admits the considered backing out of The Block at the last minute.