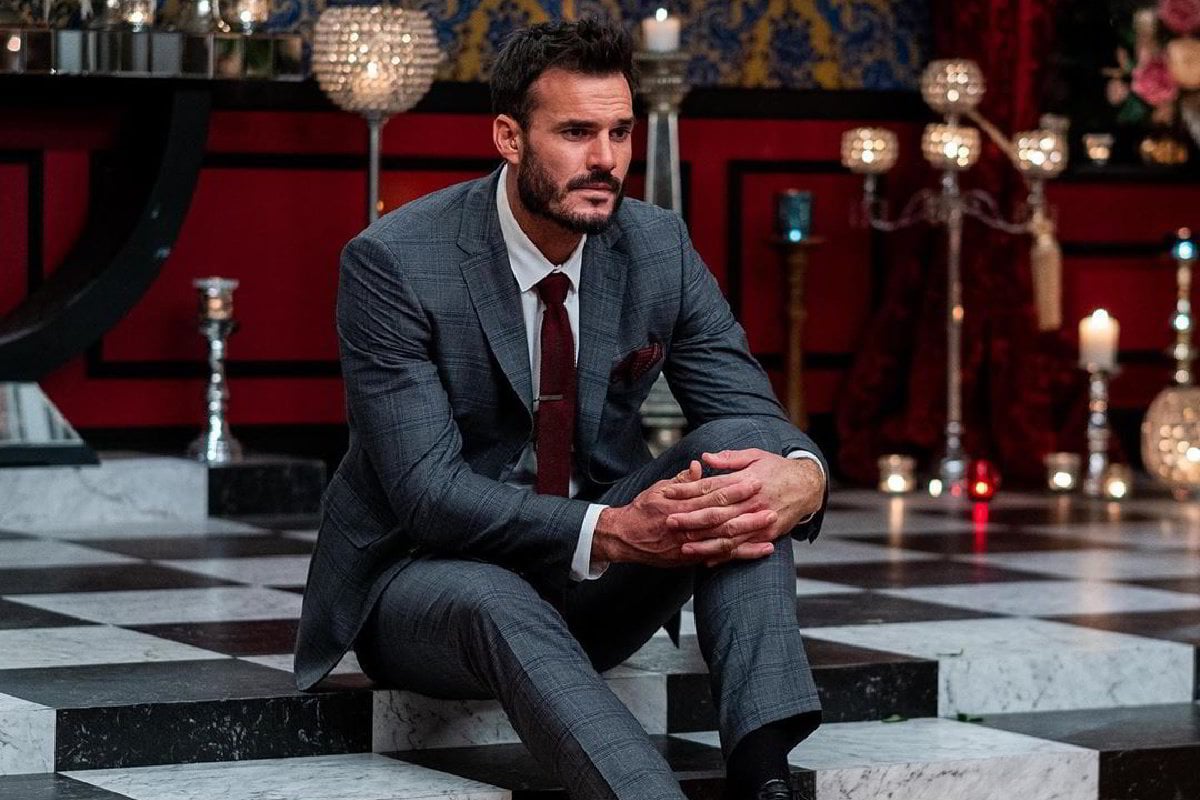 On this year's season of The Bachelor, both the contestants and our Bachelor Locky Gilbert have been a little sneaky.

Whilst in previous years, everyone appearing on the show remains quiet about what goes on during filming, this lot (and the paparazzi, of course) have given plenty away.

A few weeks into the season, we already knew who the top five would be. Then, we learnt about the top four and finally, the top three women were spoiled.

We quickly guessed who our winner would be (we're still confident about her) and began daydreaming about their happily ever after.

But here's where things get complicated.

Since filming ended, Locky, who we expected to be at home and getting to know the love of his life, has been out and about in Perth and acting, well... single. Very single.

So here's all the evidence that suggests he's actually single at this current moment.

He's been texting "every other girl in WA".

When Locky and the contestants were sent home to film Love in Lockdown, he flew back to his hometown of Perth, Western Australia.

During this period from April to June, you'd assume he'd be spending as much time as possible on Zoom, getting to know the contestants.

On April 25, Locky was spotted out partying with Married at First Sight's Aleks Markovic.

"I was at my high school friend's house and he was there as well. He rocked up out of the blue. I had obviously never met him and I didn't even know who he was. We just happened to be in the same place at the same time," Aleks said on The Kyle And Jackie O Show.

"When my friend said he was the next Bachelor, we started talking about the dark side of reality TV and producers and we hit it off as friends."

But she insists nothing happened.

"I am interested in someone at the moment. I have my eye on someone else," she continued.

However, in a recent Zoom chat called Reality Jury Duty, Aleks shared that during this period there wasn't one girl that Locky was interested in. There were many, on and off the show.

"I can tell you now Locky wasn’t just texting The Bachelor girls. It was them and every other girl in WA," she said.

During the same period when Locky was at home filming, he went on quite the liking spree on Instagram.

A sly hint from frontunner Irena.

OK, so after much research, we picked Irena Srbinovska as our winner. And since filming, she's stayed mostly quiet (which is a great sign).

Except for one sly hint.

On an Instagram photo, a fan commented, "You’re too good for him tho!!!"

There's a good chance she accidentally did that (we've all done it) but we can't help but think it's a sign that they may have broken up after filming the finale.

He's been spotted with another woman.

Now for the most important gossip of all.

This week, a Perth local shared that she was out at a bar when she noticed Locky there too. And... he was not alone.

And when the account asked whether he was acting friendly, they spilled the beans.

"He was friendly with me but he was with the blonde girl all night, so definitely some flirting there! He's definitely single from what I can see.

"I said to him, 'Obviously, you didn't end up with anyone from The Bachie' and he looked at the blonde girl and awkwardly laughed. I don't think he's with any of them and if so, well f**k seemed like he had a good night," the source said.

We're calling it: Locky Gilbert is no longer with the winner of The Bachelor. He's single AF.