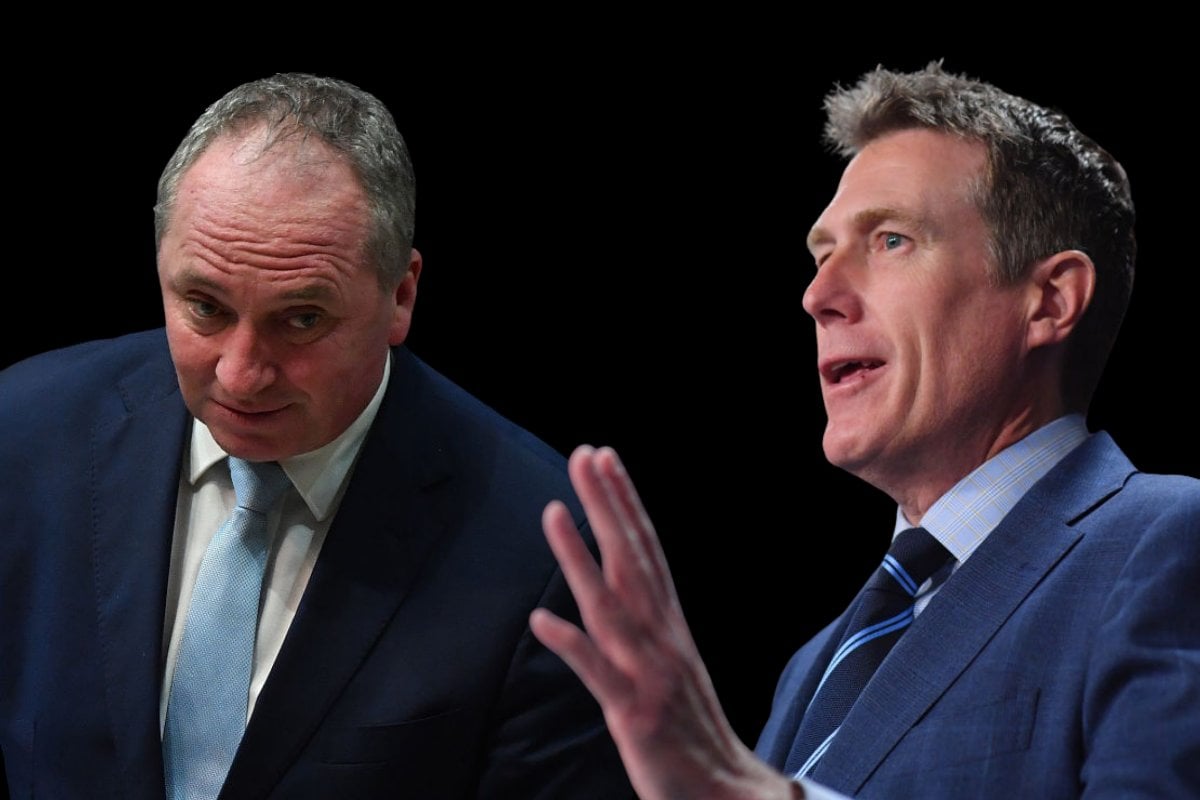 We have a gender problem that starts in the classroom.

"Boys will be boys," we tell little girls when they have their hair pulled or their lunch tipped over.

But then we act surprised when those young boys grow up into adult men privy to seeing the world through a 'boys' club' lens. When we encouraged it.

From the start, we use gender as an excuse for bad behaviour and so those little boys grow up with a sense of male camaraderie that allows them to mature into politicians and sportsmen and CEOs that stand together in solidarity.

When we talk about 'women supporting women,' it's usually from the position of an underdog. Helping women into positions of authority, building up female-led businesses, supporting our sisters against domestic violence, discrimination in the workplace and the rights to their own uteruses. It's about equality.

But 'men supporting men' is usually about solidarity. As Liz Elting writes for Forbes, it's "the old version of a high school clique."

This week the Deputy Leader of Australia and our Acting PM right now, Barnaby Joyce, had something to say about his political colleague, Christian Porter, resigning from the frontbench.

Porter stepped aside after it was revealed a blind trust paid for part of a defamation action he launched against the ABC, which reported a historic rape allegation allegedly involving him. Porter vehemently denies the allegations.

He had a "bad day at the wicket," said Joyce. 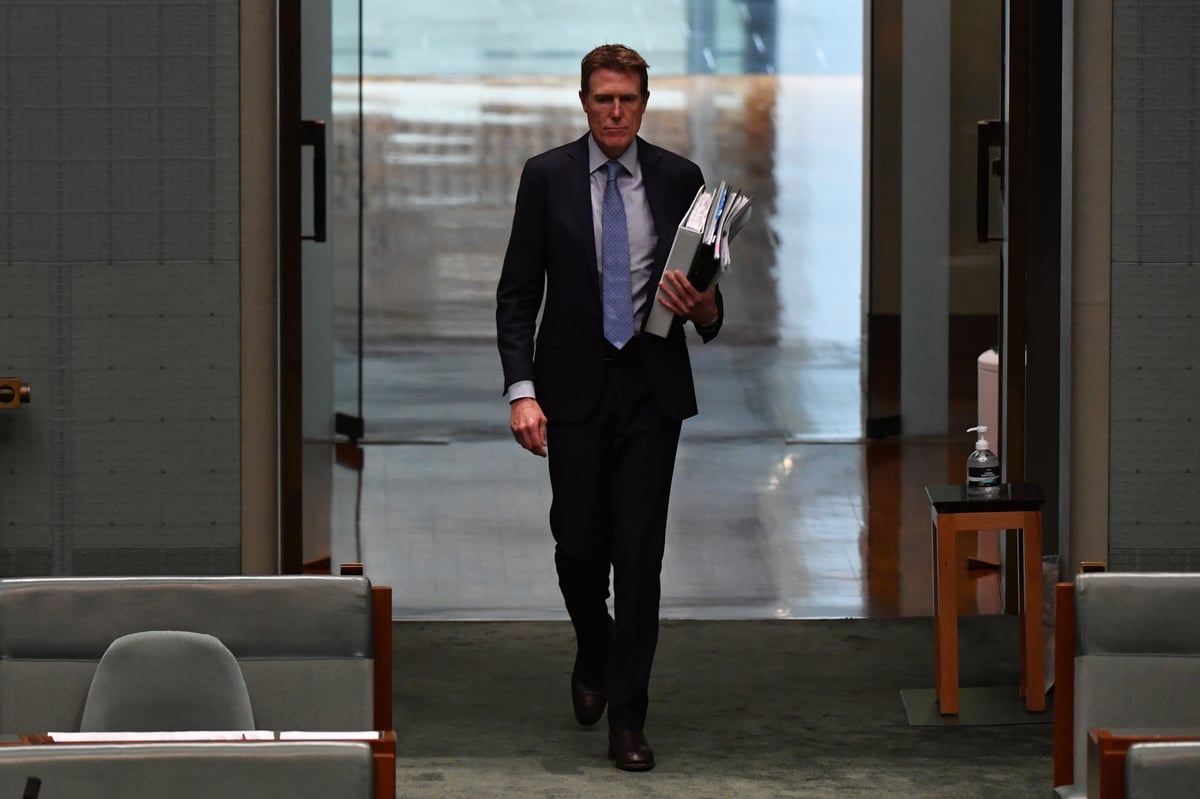 "Mr Porter has not done anything illegal; if he had, the police would be here," he said.

"He should be given another chance at some future time in a senior role."

This was never about legality. It was about whether it's ethical for a federal minister to accept large donations without disclosing who gave it. It was decided - hence the resignation - that it was not. Joyce, as deputy PM, should be first in line chastising anyone who fails to abide by the government's own Ministerial Standards. Instead, he's been the first to push to welcome Porter back.

It's quite fitting really that Joyce used a sporting analogy to dismiss his colleague's oversight as a "bad day." Because we're currently seeing the same 'second chance redemption story' playing out in that arena as well.

Sam Burgess is reportedly the highest paid celebrity on the current airing season of SAS Australia, mere months after pleading guilty in a court of law for driving with an illicit drug in his system.

In February, he was found guilty of intimidating his former father-in-law, Mitchell Hooke. That conviction was ultimately overturned in March.

"The last 18 months, I felt like a loser. My marriage broke down. I’d just retired from sport. My ex father-in-law had taken an AVO against me. … Two days after I retired, I separated my marriage."

He's being afforded a redemption edit before the dust has even settled on his rocky behaviour.

And as it appears, so is Christian Porter.

It's easy for a man to bounce back, it seems. But let's take a look at some female comparisons.

Former Australia Post Chief Executive Christine Holgate was ordered to resign by the Prime Minister after gifting Cartier watches to senior staff last year. Even after an inquiry found no wrongdoing on her part, she remained out of the job and without an apology. 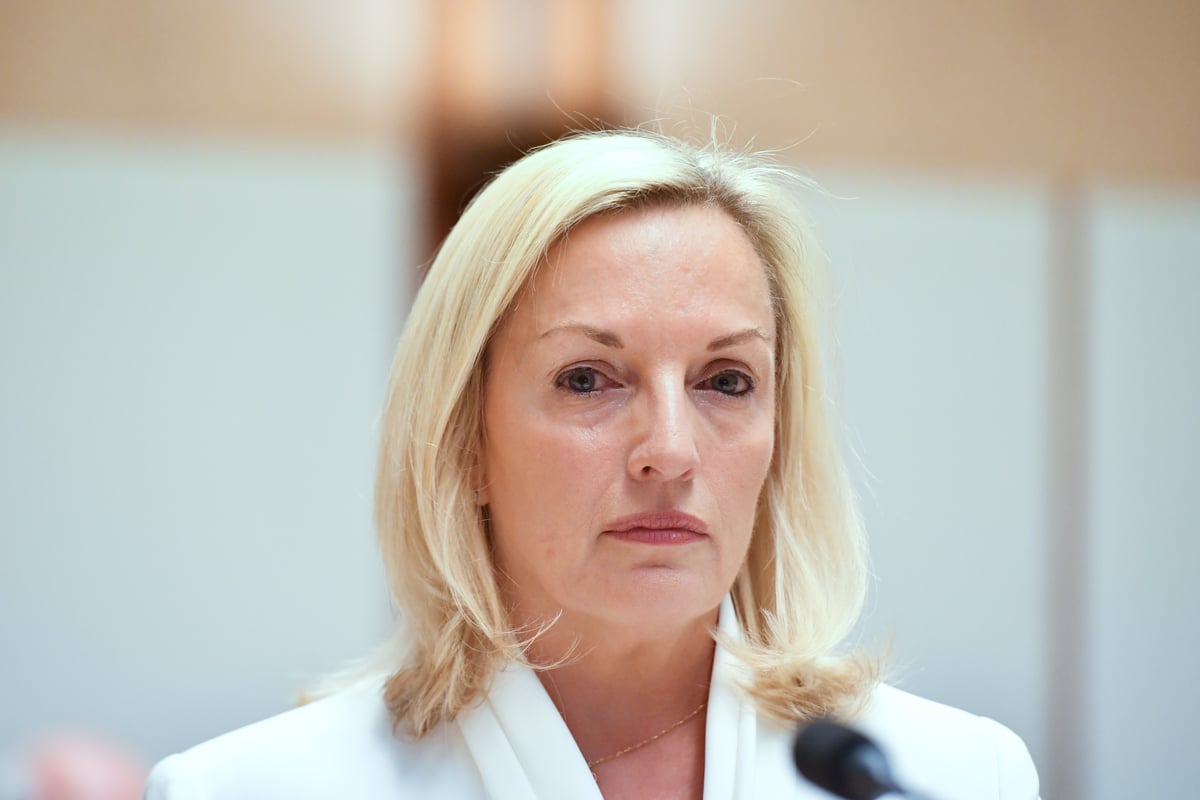 Christine Holgate is still waiting for her apology. Image: Getty.

Labor MP Emma Husar was shown the door in 2018 after complaints of bullying and harassment. An independent investigation found the allegations to be false. It did, however, find there was merit to complaints staff performed non-work related and personal duties for the politician. She remains out of a job, and this year launched legal action against her former employer.

Which brings us back to Barnaby Joyce.

He too was accused of sexual harassment at work. The allegation remains unresolved due to insufficient evidence. He too engaged in ethically questionable behaviour - having an affair while opposing marriage equality because of 'family values'. But after spending three years on the backbench, he was this year reinstated into the second most powerful position in the country.

Both were cleared of harassment but while Husar was forced to quit, Joyce was allowed to bide his time.

"I was effectively shamed into silence. There was no support for me. They were all bystanders. Their silent approval of, don't speak, don't tell, this is a boys' club. And we're not dismantling it for anybody," Husar told Seven.

It's the consequences. Or lack thereof, for men at least. And it's a 'club' that exists across party lines. Women in politics have long complained about the 'toxic boys' club' of Parliament House. It's a double standard we see creeping into every (particularly male-dominated) industry in Australia.

It's the 'jobs for the boys' mentality.

It's the 'promote from within' expectation.

It's the continued existence of gentleman's clubs attended by some of the most rich and powerful in this country, that allows the above to continue on unchecked.

When a woman stuffs up, her fall is mighty. For men, we learnt again this week, they've got the all-powerful boys' club waiting to catch them.

Reply
Upvote
What I find the most shocking is the level of entitlement. The actions of these guys- alleged sexual harassment, bullying, affairs with junior staff - are much worse than the average person in the average job. They act as though being a government minister, in a position to make major decisions impacting the lives of millions of people across Australia and being paid incredible salaries, is a right that should be available to them. Rather than a huge privilege and grave responsibility that requires much higher than average levels of accountability, diligence, ethical behaviour and selfless service.
G
gypsy 8 months ago