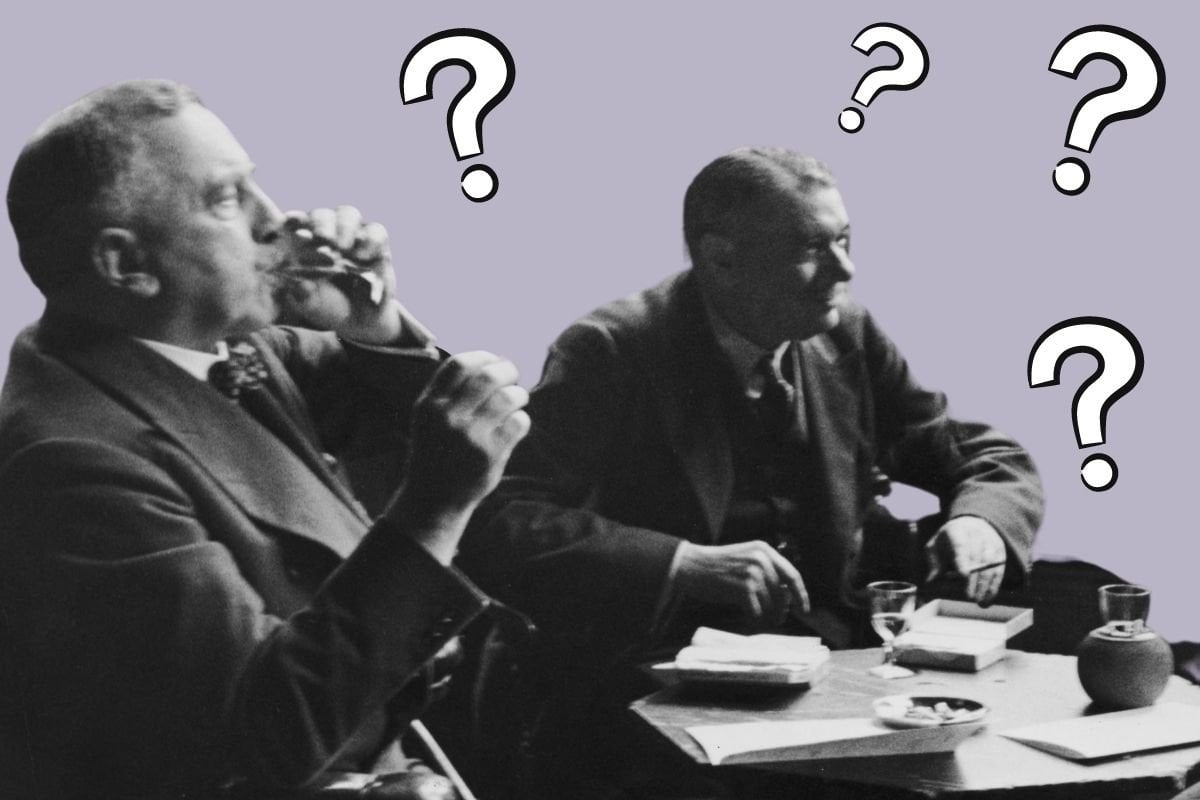 In the centre of Sydney, there's a 183-year-old private gentlemen's club that sits behind an unassuming but very opulent wooden door.

Inside, the club's 700-plus members get incredible views of the Botanic Gardens and North Shore, fancy business facilities, fancy dining rooms, fancy apartments, a fancy gym, a fancy library...you get the idea.

We can't tell you how much this opulent men's-only club costs to join, because like much of what happens at the 'oldest gentlemen's club in the southern hemisphere' it's all hush hush.

This week, however, we got a peek behind the curtain, and oh boy....

On Tuesday morning, a vote was held on whether to allow women to join the club. It was rejected by 62 per cent of the group.

Now look. There are plenty of 'men's' and 'women's' clubs out there. Places, for example, like the Country Women's Association, which was formed to advance the rights and equity of women. Men's Shed, which is about supporting and encouraging men to look after their mental health. Gyms like Curves and Fernwood which are all about giving women a safe and unjudgemental place to work out. There's a time and a place for gender specific facilities.

But putting aside the fact that the Australia Club is just a fancy place for the privileged men of Sydney to hang out....it's the reasons why women were banned from joining that are raising eyebrows.

As businessmen Geoff Cousins told The Australian after quitting in the wake of the vote, there were "guffaws and giggling" in the room ahead of the ballot. (A reminder that said room was full of politicians. And judges. And wealthy businessmen....)

He continued that, "Most of the people who spoke in favour of it were dealing with the principles of natural justice, whereas most of those who spoke against it were talking about petty things."

And when he says petty, he means....petty. Apart from the fact that the 'reasons' put forward are incredibly sexist, they're also just plain absurd.

In the spirit of, 'if we don't laugh, we'll cry', they are as follows:

1. "If we were having a dinner we would have to behave differently."

2. "We would have to change the taps in the club."

Do you mean beer taps? Or like...sink taps? Either way, this is a very strange and specific argument.

No seriously. Are there 'female taps'?3. Allowing women to join would harm the club because of "the publicity of the club’s affairs in gossip columns".

Because that's all women do....gossip.

The 1960s called, and they'd like their misogyny back.

Cousins explained to the Today Show, that the argument was that the decor could be at risk of being "less masculine."

This honestly isn't even worth a counter-argument. We weren't aware decor had a gender...

Jokes aside, these 'reasons' are incredibly troubling because most of the men in this club are among some of the most influential in this country.

As Cousins told The Australian, "How could they possibly sign off on gender equality statements in their annual reports and all this kind of thing and then still be a member of this club?"

"The really disturbing thing is there are obviously people in that club who still sit in courts and make decisions involving women or disputes between women and men or whatever it might be, supposedly impartial in those matters, and yet holding these views," he added.

Another troubling aspect, as Cousins expanded on in his chat on Today, is the fact that it's clubs like this one where discussions are made about future CEOs and high-paying, high-profile job openings that can conveniently be filled by other members.

"It's just dead wrong to exclude women from these things," said Cousins.

We're yet to see any other of the 700 member club follow in his footsteps and announce their resignation.

But here's how women are reacting...

Geoff Cousins reveals that one of the reasons given yesterday for not allowing women into the very powerful Australia Club is because its all-male membership might have to change their behaviour at lunch.

Oh yeah, and women might want to change the decor.

I know I should but I could not care less about the pompous, irrelevant, self interested Australia Club voting to continue to exclude women. This is what the ruling class does, it excludes. Let them harrumph & compare di…sorry, I mean share portfolio…sizes in glorious isolation

Record turn-out of (male) members to vote NO! to women joining the Australian Club. Warms the cockles. Sounds like a really awesome place. Does any woman actually want to darken this doorstep? https://t.co/uk4NDwRn6J

(Hang on…Did people stop having them or did I just stop getting invited due to my lack of enthusiasm for Tupperware??) https://t.co/dQnPcraLm2

Reply
Upvote
The Queens Club is only up the road, that's an exclusive women only club and I don't see people pressing them to let men join. Having attended most of the Private Clubs in Sydney I can tell you there is not a lot of CEO type decisions being made in these places, they are relics, most members are past retirement age and younger people (Under 50) don't want to join them. There is probably more high level business being done at Bankstown Sports club on a weekly basis.
C
caz gibson a year ago

Reply
Upvote
Just curious.
Are there any Labor Party members at this club or is this a hangout  for the "secret men's business of the extreme-right" ?
My inclination is to say "let the silly old buggers have it".
The women in their lives may well treat those  visits as a  much-needed respite - for them.
S
snorks a year ago

Reply
Upvote
1 upvotes
@caz gibson No, it's definitely not a hangout for the extreme right. That's just crazy.
G
guest2 a year ago

Reply
Upvote
@caz gibson Do you feel the same about women only clubs?
L
laura__palmer a year ago