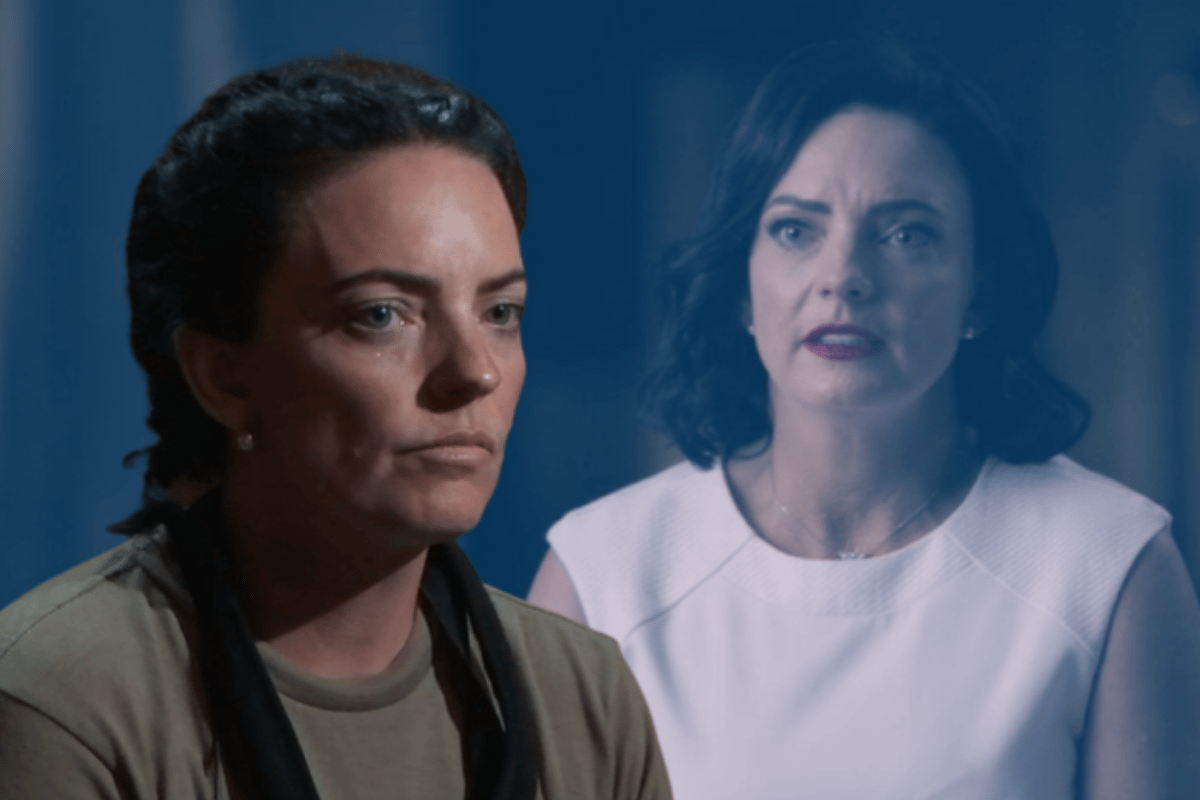 In 2018, Emma Husar's name was splashed across newspapers across the country.

The former Labor MP found herself at the centre of a public controversy over allegations of bullying and sexual harassment in her office, which saw her 'forced' to resign.

Now three years on, Husar, who's currently appearing on SAS Australia, says the fallout from the ordeal has left her feeling "completely numb".

"They had said I had exposed myself to my colleague and his infant son in parliament. I had no control or an agency in any of that," she said on tonight's episode of the show.

"The majority of people will remember... [her as] the one they called 'Sharon Stone' [a reference to the film Basic Instinct where Stone's character flashed her nude crotch at police] and she was accused of being a slut."

An independent investigation later found that the allegations against Husar were not supported, though there was merit to complaints that staff performed non-work-related and personal duties for her.

"My kids were 9, 11 and 16 when their mother was being called a slut in the nation's media on every front page across the country."

"There was about 2,500 articles that [claimed] I had flashed myself in front of my colleagues without wearing underpants, that I was sleeping with everybody in Canberra just about."

And the media attention wasn't just confined to online.

"I had media camped outside the front door for weeks, chasing me across the front lawn, asking me with a camera and a mic in my face 'Are you a slut? Are you really Sharon Stone?'" she told the SAS directing staff.

While Husar said there was no truth to the allegations, "the reporting of that, cost me everything".

"I was thrown out of parliament under a bus," she shared.

"The Labour party, when they made me resign, they tried to...  force me to apologise for things that I hadn't done. They drove me to the place where I would give my resignation. They organised the media, they took me to a hair appointment."

"I was effectively shamed into silence. There was no support for me. They were all bystanders. They're silence approval of don't speak, don't tell, this is a boys' club. And we're not dismantling it for anybody."

Listen to this episode of The Spill, where hosts Laura and Kee discuss the Met Gala. Post continues after podcast.

The mum-of-three said the experience shattered her confidence and led her to being diagnosed with a mental heath condition.

"Since going through trial by media, I've been diagnosed with severe depression and acute anxiety.

"I actually don't have any adrenal response anymore so if there's something scary that happens, my adrenalin doesn't spike, my palms don't get sweaty, my heart doesn't race. I'm completely numb."

Looking back, Husar says her strongest memory of that time in her life was "how much I hated being a woman".

"When I went to Canberra, I was acutely aware of the way that women's sexuality is used as a force to really undermine us," she said.

"We talk about telling our girls 'don't dress like this', 'don't be out late', 'don't be drunk', 'don't be here', 'don't be there', 'don't be seen in a compromising position'. And looking at what the men have been able to get away with, and the double standards and hypocrisy that goes on. The news events of this year about Canberra have made me want to reach for the bucket on more than one occasion."

Husar went on to say that those behaving badly are "are treating that place as a boy's club."

"For anybody who wants to say women's advancements are done and we've got everything we need, they're dead wrong."

"They will just find new ways to keep us marginalised and keep us on the side. I just wish... I would've had more courage and I would've said 'enough is enough' way back then."

Reply
Upvote
7 upvotes
Thanks for sharing Emma. I don’t have an adrenal response to stressful situations either.  I miss those feelings.
This is the first time I’ve read that someone else experiences the same thing. It’s comforting. I haven’t had a stressful (and frankly horrifying) event of the magnitude that you have had to endure, but have ended up in the same boat anyway. I wish you and I a speedy recovery 💕
News
General
Opinion
True Crime
Politics
Sport
Explainer
Entertainment
Celebrity
Reality TV
Movies
TV
Books
Rogue
Royal
Lifestyle
Beauty
Fashion
Weddings
Home
Wellness
Health
Fitness
Travel
Food
Parents
Before The Bump
Pregnancy
Baby
Kids
Teens
School
Parent Opinion
Work & Money
Money
Finance
Career
Lady Startup
Relationships
Sex
Dating
Separation
Friendship
Family
Real Life
Couples