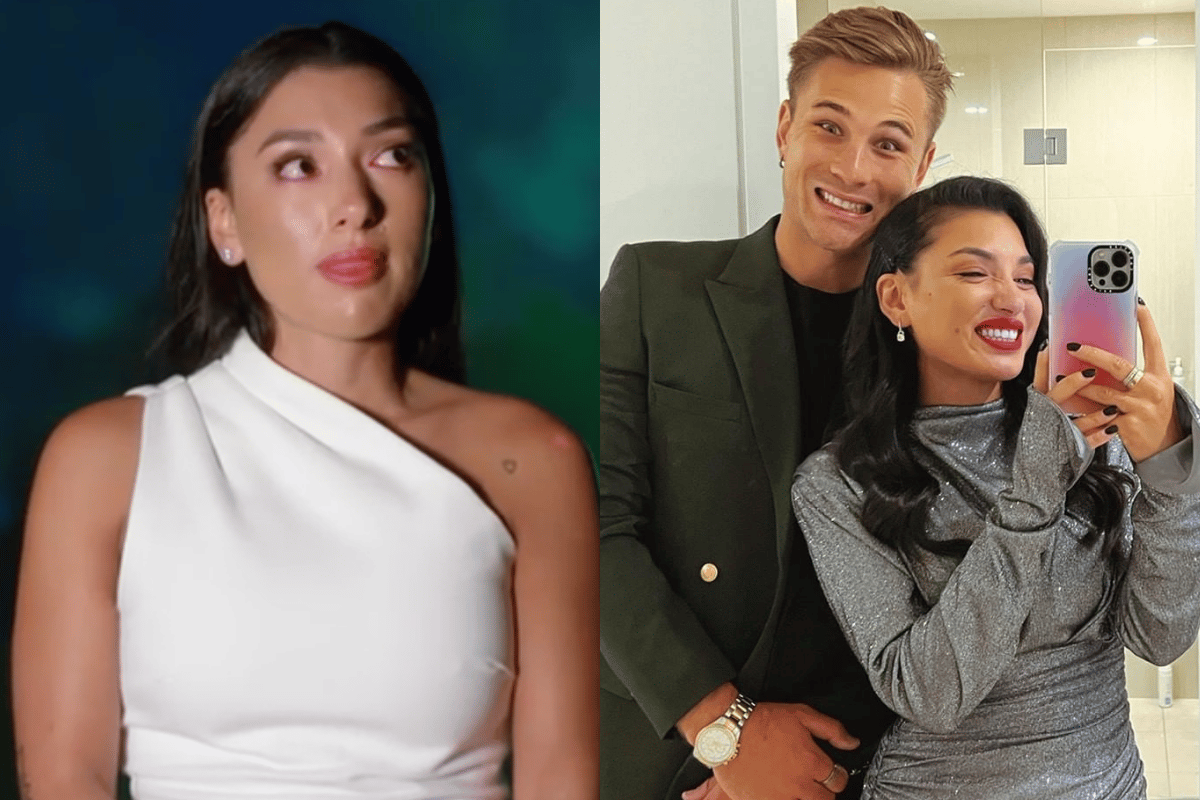 Married At First Sight has been a ride, hasn't it?

Filled with uncomfortable conversations, misbehaving brides and grooms, and infuriating scandals, this year we've seen some of the best people unravel, and the 'most disliked' become the heroes of the show.

One couple we found it difficult to tear our eyes away from was Ella and Mitch.

The pair made it all the way to the final vows. Except their final vows were not particularly, how should we say this... final.

For all those who didn't tune in (or did, because at this point we are all a little confused), you may be wondering how exactly the duo's final moments on Married At First Sight played out.

So, let us tell you, and unpack what has happened to the couple since their final vows.

What were Ella and Mitch like on Married At First Sight?

The pair from the beginning were hot and cold. While Ella and Mitch admitted how happy they were to be matched with each other, things got rocky pretty quickly.

On Ella's side, she was unsure where she stood in their relationship, and often looked to Mitch for guidance - with little to no support in return.

For Mitch, he'd felt that he shouldn't have to be forced to prove his feelings for Ella.

Interestingly enough, the pair made it right to the end, despite Ella's reservations.

In the final vows episode, Ella told Mitch she was "concerned" about their future together.

Did either of them ever say 'Leave'?

No, Ella and Mitch did not ever write leave. Each week, Ella aired a few grievances about Mitch's lack of communication but they were both in it for the long haul.

Listen to the Cancelled's episode on Married At First Sight - hosted by Clare and Jessie Stephens. Post continues after audio.

What did they say at final vows?

Ella explained some of her gripes with Mitch in the final vows, but made it clear she was open to putting her heart on the line and walking away from the experiment hand in hand.

"For me, Mitchell, I see potential in us," she told him. "You are worth keeping my heart open for. You are worth the risk."

During Mitch's final vows, he admitted Ella "excited" him.

"Ella, We have shared many amazing memories together... You excite me, you bring me out of my shell and you give me a new perspective on life."

Sadly, that was where the compliments stopped.

"Although we started out strong, we hit a few bumps along the way," he said.

He went on to tell Ella the "common themes" in the relationship revolved around her being insecure, not feeling good enough for her husband and having doubts about the longevity of their relationship.

"The more time we spend time together, the harder it gets," he went on to say. 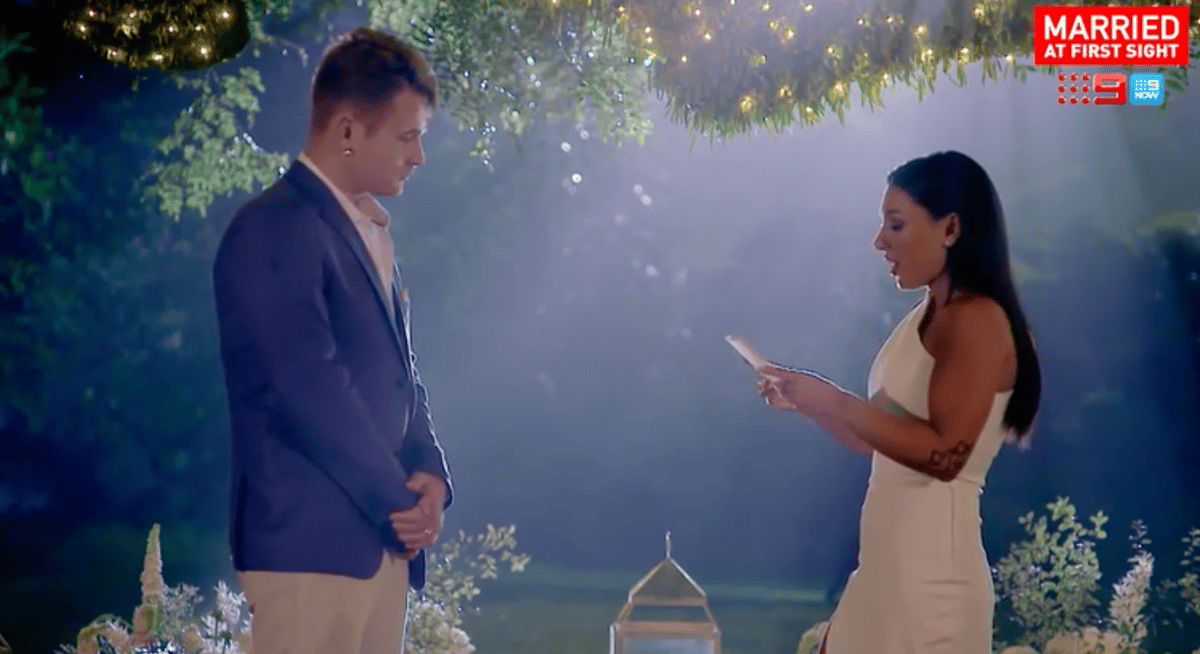 "How can we walk out of here as partners when at the moment I don't see this as a substantial relationship?"

Mitch ended by not making a decision.

"What I can't do and what I won't do is be forced to make a decision I'm not ready to make.. I can't give you the commitment that I know you want."

Before they left the experiment, Ella asked for a hug from Mitch before walking away.

"It's pretty disappointing that I'm not enough for him," she explained during her camera interview.

"It makes me feel really sad, [and] disappointed in him after everything."

What have they said since filming wrapped?

So... there are quite a few indicators the couple actually got together after the experiment ended - despite the chaos surrounding their final vows.

Ella and Mitch have dialled in for a number of media interviews since wrapping up MAFS filming, and even posed for a magazine cover together.

Ella went out of her way to defend her "husband", by urging viewers to not believe everything they see on television.

"Mitchell's obviously copped quite a bit of backlash and a bit of a negative run, but I can back him," she told Yahoo! Lifestyle.

"I was the one who was with him all day every day, and he's not only what he's been portrayed to be, that's for sure. Mitch and I know what went on for us behind closed doors, and that’s all that Mitch and I need really at the end of the day."

The pair have also been candid about their experiences with one another - only marking it as a positive experience.

"Our relationship is great. It's a bond I haven't shared with anybody before," Mitch told Woman's Day in March.

Also, Ella and Mitch were seen arriving at the taping for the final MAFS reunion by each other's side - which is typically a sure sign that the couples are still intact.

Is there any proof the pair might not be together?

In March, New Idea shared photos of Mitch and fellow bride Tamara together, which had fans of the show confused.

However, Tamara has clarified she is friends with the groom as they work in the same building together on the Gold Coast.

As for Ella? She addressed the pictures on KIIS FM’s The Kyle and Jackie O Show, telling the hosts: "At this stage, I know as much as everybody knows.

"I’m not trying to believe everything that we are seeing, but yeah I can’t really confirm or deny."

So, we're still left a little lost as to whether the couple are still together romantically. Guess we'll have to wait for the final reunion episode - which aligns with when the brides and grooms get access to their social media back - to find out for sure.