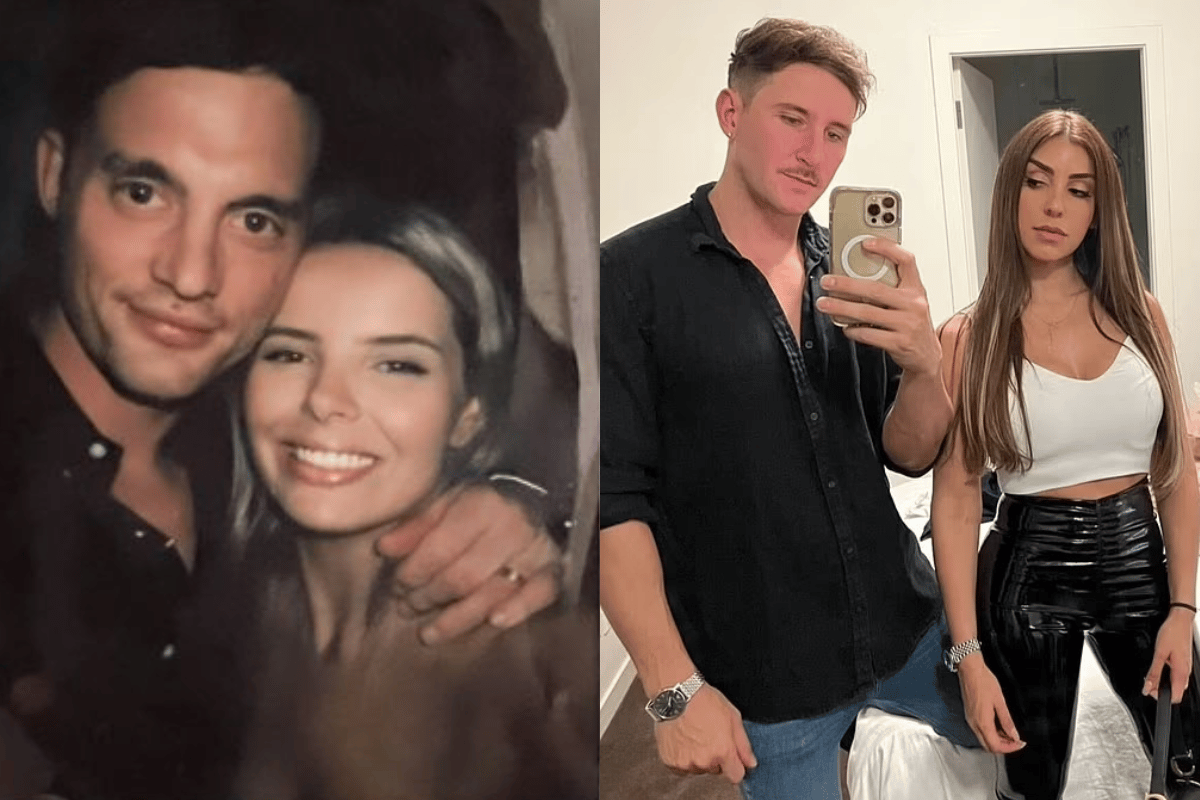 It happens every year. We all have a tiny ounce of hope that a Married At First Sight couple might go the distance.

Unfortunately, the show's track record at creating fulfilling, long-lasting relationships squashes that hope season after season. And just like every year before it, we have watched one MAFS couple after another get married and expeditiously exit the experiment shortly after.

But because everyone wants to know (ahem, including us) if any of the latest season's MAFS brides and grooms stayed together, Mamamia decided to launch an investigation into which couples are, in fact, still couples.

Spoiler: it's about to get real disappointing.

Are Tamara and Brent still together? Lol, no. 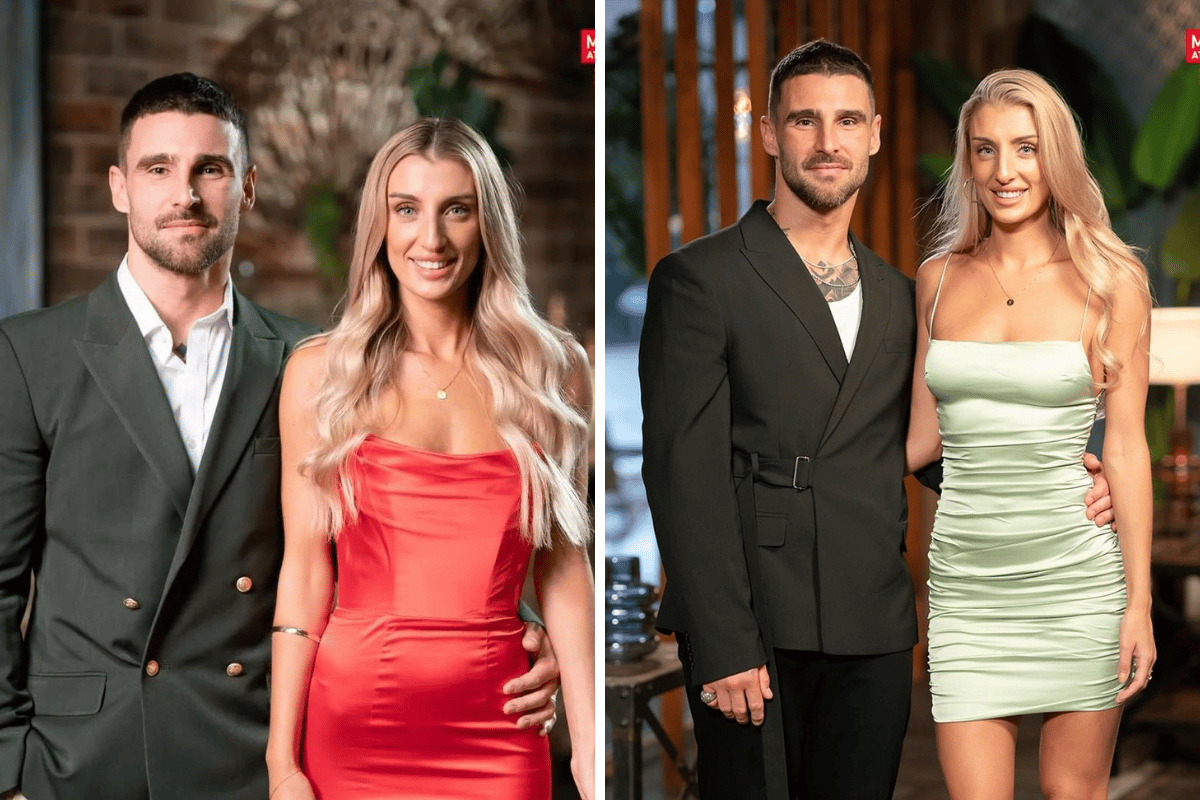 Tamara and Brent. Image: Channel 9. Tamara and Brent butted heads right from the beginning of the experiment, and kept at it until their final vows – in which they unceremoniously dumped each other.

Despite the incessant drama, it appeared they were in it for the long haul, with both admitting they had some serious stuff to work on.

Earlier this year, a few scandals leaked regarding the bride and groom – including one where Brent at the time was seen hanging out at the beach and rubbing sunscreen on the back of... Ella.

Alas, Brent has made it clear they are strictly just friends. And Ella said that while they've shared a "peck", their love for one another is purely platonic. 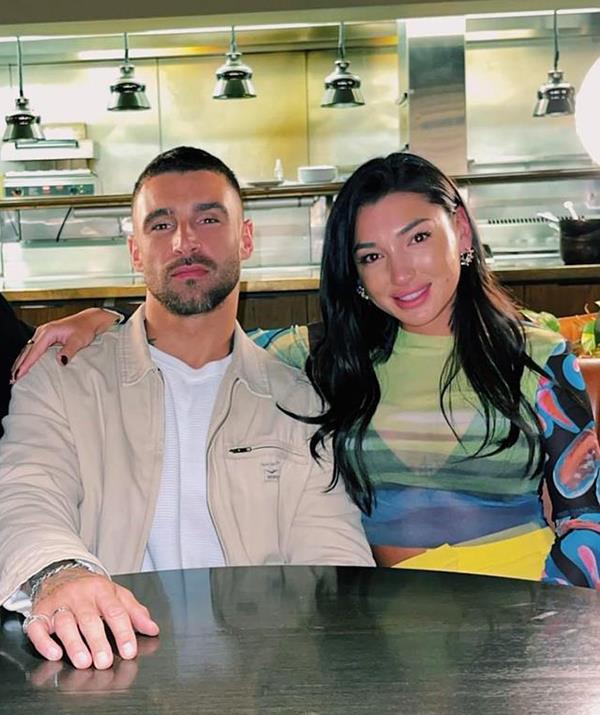 Earlier this year, Brent let The Wash know his thoughts on Tamara potentially moving on with MAFS groom Mitch.

As of now, Tamara has denied the claims she is dating Mitch, explaining that they are good friends.

Are Olivia and Jackson still together? NO?!?! 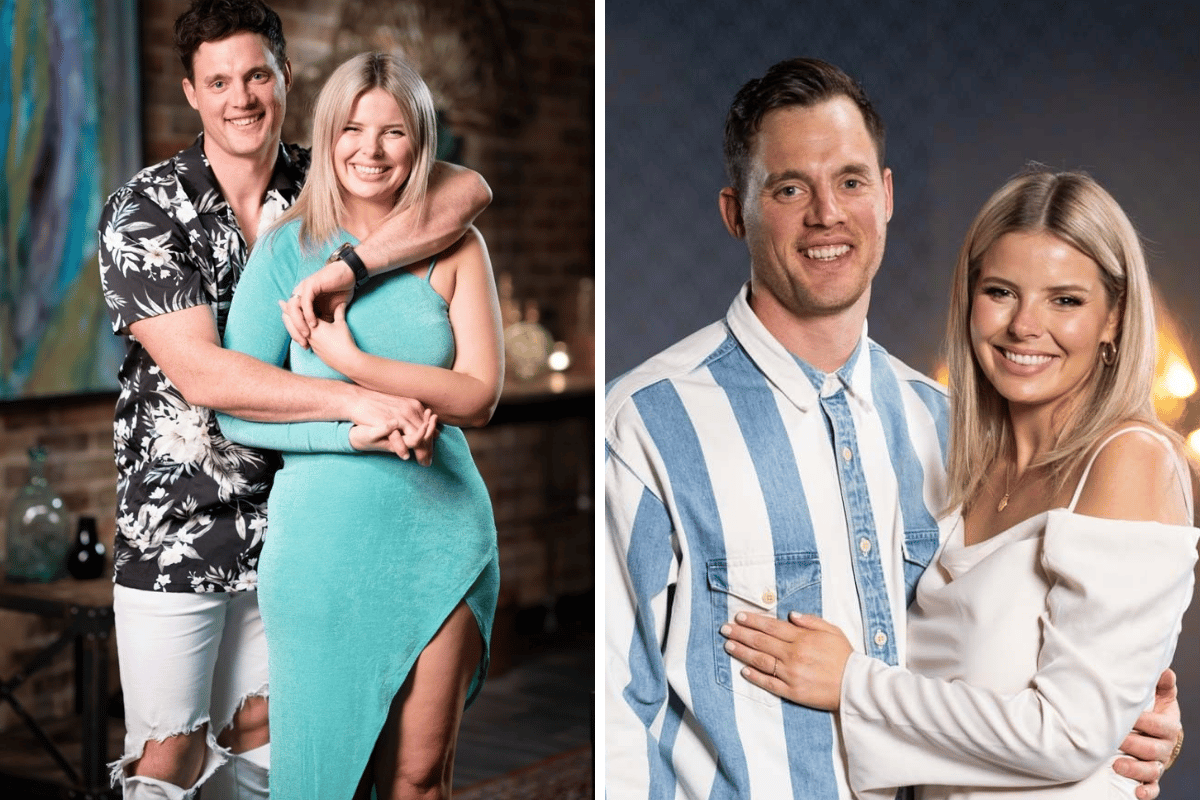 Olivia and Jackson. Image: Channel 9. 'Liv and Jack' were one of the most controversial contestants this season. While Olivia landed herself in hot water time and time again, her devotion to Jackson remained unmoving.

However, in an emotional post to Instagram, the pair announced they were officially done after 10 months of dating.

"There has always been a lot of love in our relationship and there will continue to be as we transition into a friendship," the post read.

"We have nothing but love and respect for one another, and no one is to blame for the end of this relationship. Simply a case of 'almost perfect'. We hope you all can please show compassion as we navigate this privately."

The pair, who showed quite a few cracks on Married At First Sight, managed to remain a united front once filming wrapped up. They were also the 'strongest' couple throughout the experiment.

Reports say Liv and Jack were last seen together the previous weekend, while attending a friend’s party.

Olivia had only just returned from a five-week trip to the UK. The holiday followed swiftly after a video surfaced of Jackson kissing another woman.

Despite the worrying clip, the pair chose to stay together, admitting they had a lot to work on.

It wasn't until this evening that Olivia and Jackson shared the news, meaning there are no original MAFS couples left still standing.

Are Selina and Cody still together? Nope (awkies...). 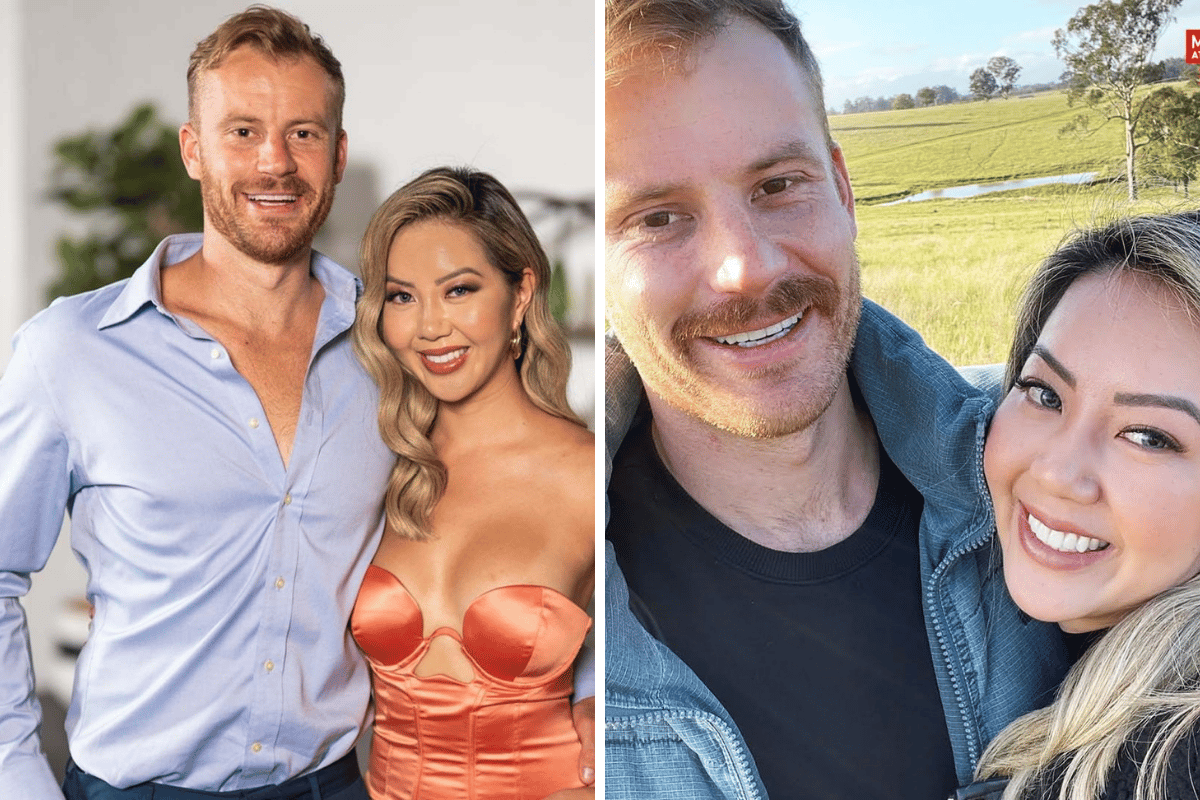 Selina and Cody. Image: Channel 9. Despite the saying 'opposites attract', Selina and Cody have proven that perhaps this isn't always true.

The pair clashed often due to the bride's bubbly personality and the groom's lack of effort.

In January 2022, Cody was pictured at an Adelaide beach with Selina. Oddly enough, the pair were together until the reunion dinner, but Cody swiftly broke it off after the evening had wrapped up.

She later aired his dirty laundry the following evening at the final vow ceremony.

Despite the emotional damage, it looks like the pair remain civil, but distant (understandably).

Are Domenica and Jack still together? Uh, no. They've both moved on. 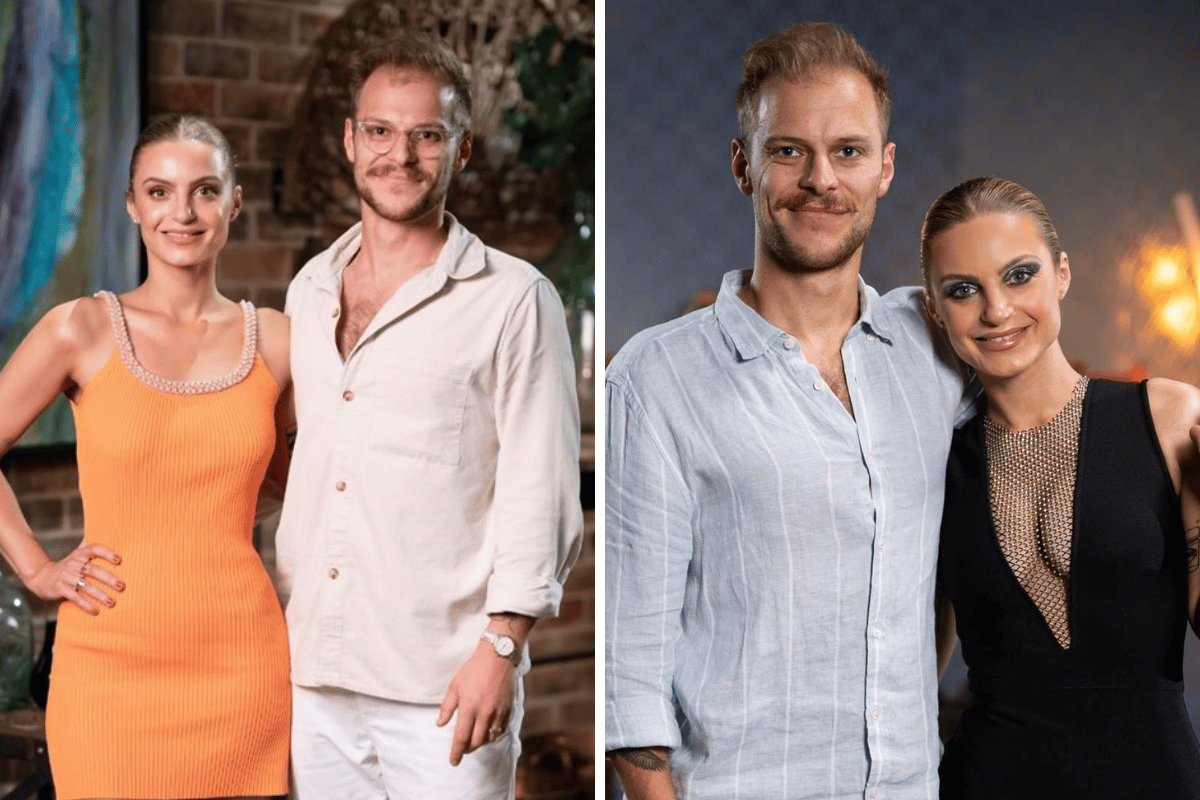 Domenica and Jack. Image: Channel 9. We can confirm the pair are indeed just mates.

Jack and Domenica's commitment to one another did not waver – even during the final vows.

However, once the show got around to the reunion dinner, the pair revealed they'd realised they make better friends than romantic partners.

Despite telling New Idea in March that they had been discussing marriage "in the real world", Dom explained that Jack wasn’t there for her after filming. He claimed his bride's uncertainty about the future played on his mind.

“I really feel as though I reached out to Jack and tried to keep communication... but for me I feel it wasn’t reciprocated as much as I would have liked, which is a little bit disappointing,” Domenica said.

“I think I had a lot of time to reflect on the last tail end of the experiment, we did get to a point, you were still uncertain about how you felt,” Jack said.

“For me that lack of certainty pushed down my desire to continue.”

The pair remain close and are often seen at events with one another.

Jack has since moved on with Love Island Australia alum Courtney Stubbs. 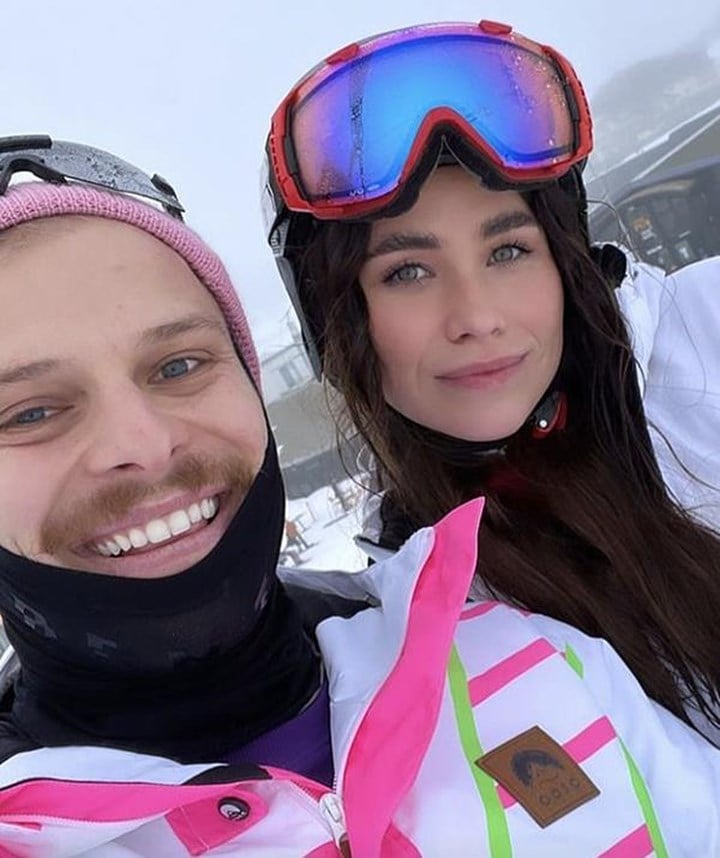 Are Ella and Mitch still together? Absolutely not. 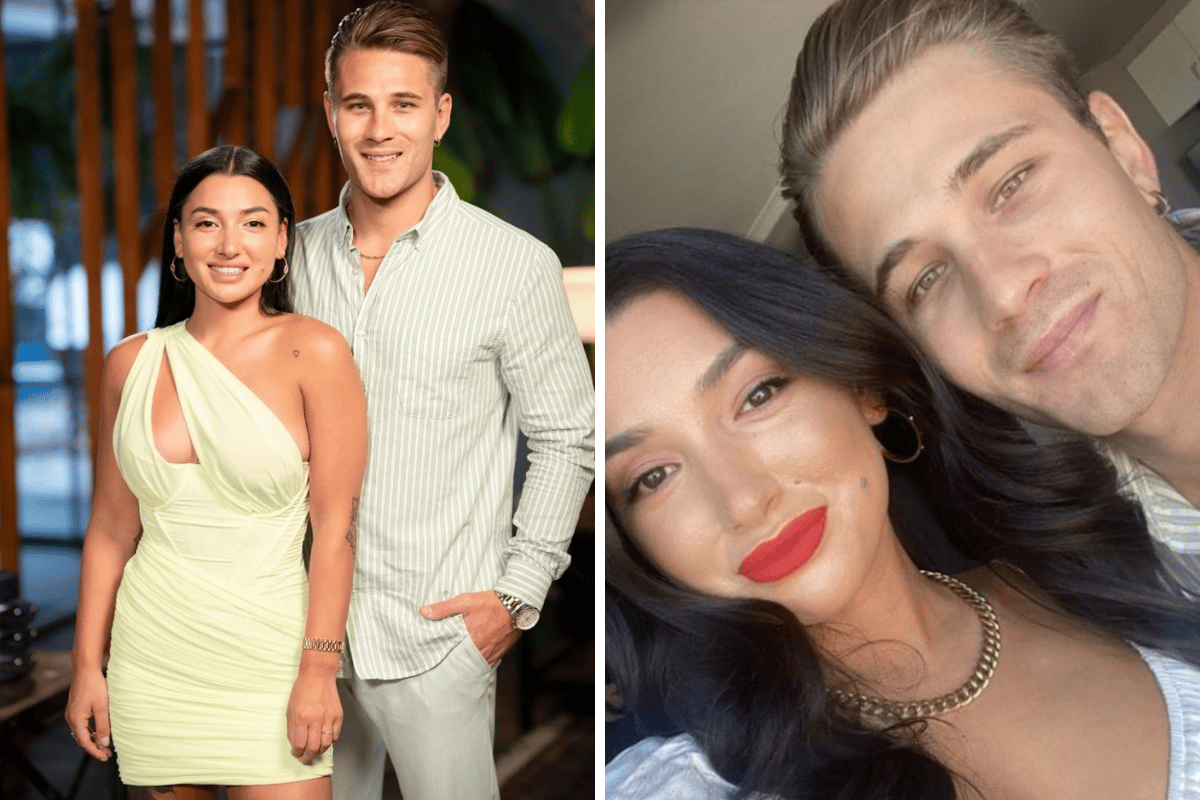 Ella and Mitch. Image: Channel 9 / Instagram. Ella and Mitch actually stayed together after the experiment – but they definitely did not last.

While they were happily still dating while filming for the final reunion dinner, Ella told media outlets she hadn't seen Mitch since then.

According to the bride, he broke it off as soon as tabloids spotted Ella and Brent at the beach together... with Domenica.

"It wasn't straight away. He definitely started to drop off though and fizzle out. And it was probably about two months ago. Articles you know, hit the media and then yeah, he sort of just cut me off," she told Fitzy & Wippa in May.

The pair apparently haven't spoken in months, and it looks like they intend on keeping it that way,

Are Daniel and Carolina still dating? Turns out, also no.

Daniel and Carolina shook the season up when they dropped their partners to be together.

It's been quite a few months since we last saw them on our screens, and since then, it looks like the pair have moved in with one another.

However, The Wash recently sparked chatter earlier this week, alleging that the pair had possibly called it quits.

Break up rumours surface when people began to notice Daniel was spending more time in his hometown of Brisbane, instead of in Sydney, where Carolina lives.

The former bride is also in London without Daniel, who has since removed her name from his Instagram bio. Carolina still has his name in her bio (confusing, we know).

The publication noted that Daniel had made an OnlyFans account in recent weeks and had been staying with Olivia and Jackson in Newcastle (well, before their untimely demise, that is...)

Carolina is yet to comment publicly on the breakup.

Seems we now have exactly zero couples remaining from the 2022 season of Married At First Sight.

This post was originally published in March 2022, and was updated in August 2022.