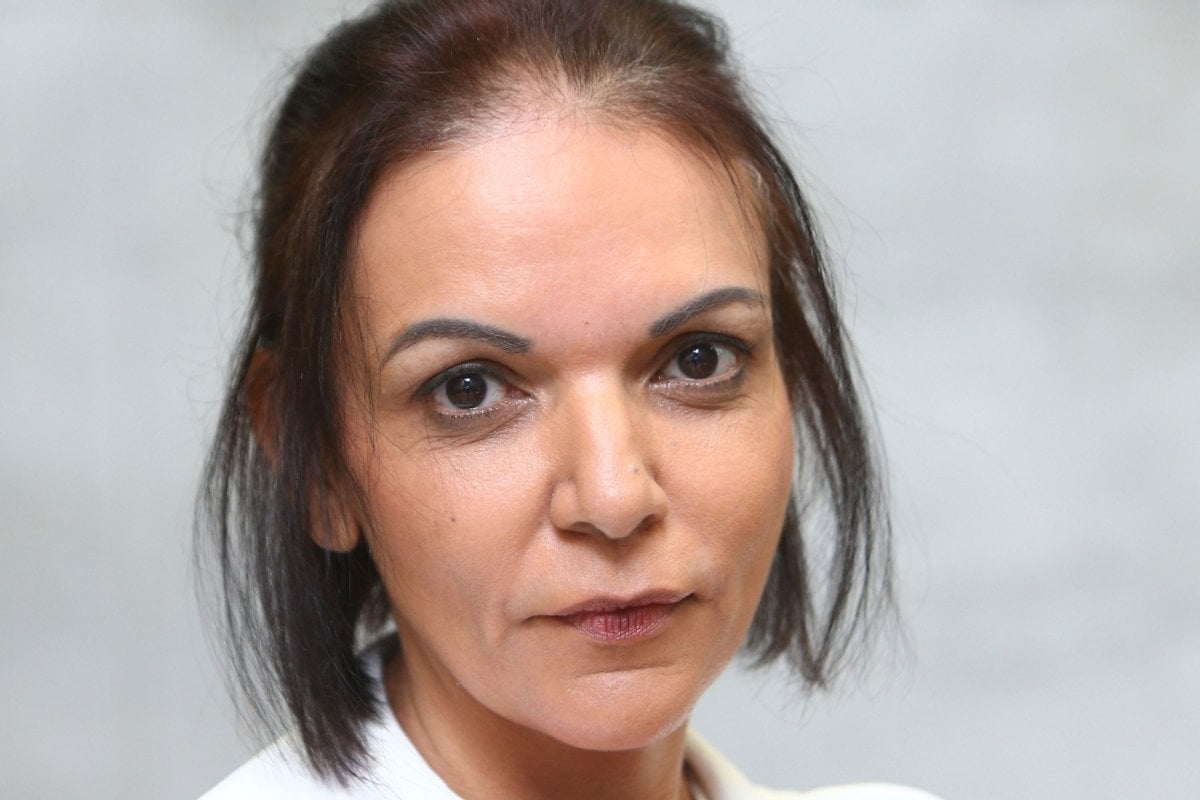 Today, Dr Anne Aly is one of Labor's most high-profile federal MPs. An internationally respected academic, who for the past five years has sat in the House of Representatives on behalf of the people of Cowan — a marginal seat in Perth's northern suburbs.

But nearly three decades ago, the Egyptian-born woman found herself standing in a Centrelink office with her 1-year-old on her hip and her 3-year-old clutching her hand.

Watch: Dr Aly on the reality of living on income support payments as a single mother.

She remembers the fluorescent lights, the grey walls, the worn-down carpet "trodden by a million desperate souls". She remembers telling the man behind the counter she was fleeing a violent relationship and needed assistance.
She remembers the employee telling her it could be six weeks until her first payment, and him querying if she had anyone who could help her in the meantime.

She remembers telling him no. Nobody.

She remembers walking out the glass sliding doors, her application complete, and leaning up against the concrete wall of the building in tears.

"I looked up, and there was this bloke walking towards me," the Member for Cowan told Mamamia. "He had a tank top on, and he was smoking a cigarette, and for a second, our eyes met. And I remember thinking to myself, 'I wonder what he sees when he sees me.'

"And at a point where I just needed someone to go, 'I feel you', I saw nothing in his eyes. Never in my life have I felt more alone. Never."

The end of coronavirus support, and Australia's looming cliff.

Courtesy of the COVID-19 pandemic, that experience of walking into a Centrelink office for the first time is one more Australians recognise. Images of queues snaking from those fluorescent-lit buildings became an emblem of the pandemic and the havoc it wrought on businesses around the country.

Now, come the end of this month, it's tipped to jump again. And Dr Aly is among those concerned about the fallout.

Listen: With Australia in recession, a whole new generation of workers is finding out how hard it is to get a job when times are tough. (Post continues below.)

March 28 marks the end of the JobKeeper Payment, which saw financial support provided to businesses to help them retain staff during the pandemic.

Treasury secretary Dr Steven Kennedy told a Senate Estimates hearing on Wednesday that between 100,000 and 150,000 workers currently supported by JobKeeper "may lose employment".

Many will probably end up transferring to the JobSeeker income support program while they search for new employment.

But then just three days later, on March 31, comes another blow: the end of the Coronavirus Supplement.

That extra payment to income support recipients stood at $550 per fortnight at the height of the pandemic and is now $150. It's expiration at the end of the month has experts warning about millions experiencing income shock and extreme rental and mortgage stress.

"Already, the charitable organisations in my area are saying that they've had a huge increase in demand and that they simply cannot meet all the demands that they have. From food banks, right through to those that provide financial counselling and financial services."

The base JobSeeker rate was recently boosted to help soften that blow, but only by $3.57 a day. And it will come with stricter mutual obligations that will require recipients to look for at least 15 jobs a month (up from 8) from April 1 and then 20 jobs come July.

That day in the Centrelink office marked the beginning of six "soul destroying" months on income support.

"It was a matter of feed the kids, and I'll eat whatever is left on their plate," she said. "And for me, that was a relatively short time. But I know, for some people, these are decisions they have to make every day.

"Their normal is to choose between buying medicine or putting food on the table. Their normal is 'get the kids fed and I'll have whatever's left.' And that's heartbreaking."

It meant standing at the supermarket checkout, watching the total climb toward her meagre budget as each item was scanned, then having to collect the remaining items and put them back on the shelf.

It meant anticipating every second Thursday when the payment came through because then she could buy her boys their only treat — a McDonald's Happy Meal. "Back then it was $3, and it came with a little toy in it," she said. "That was what I could give them."

And it meant going to an ATM to check her bank balance and seeing minus-$6 on the screen. With one week to go until it would be topped up.

"I walked out of the bank, and I was going to the car park and this car screeched around the corner and it almost hit me. I couldn't even bring myself to yell at [the driver]," she said.

"I looked at him and I thought to myself, I hope he can see my in my face what I want to say: 'Why didn't you just keep going?'"

That first-hand experience — a rarity in the chambers of Parliament House — is among the reasons Dr Aly advocates for an overhaul of Australia's social security system.

She recently stood up in the House and urged her colleagues to consider the fact that each of them received a daily travel allowance equivalent to what JobSeeker recipients are given each week.

Speaking to Mamamia, she stressed that it's not only about raising the rate.

"It's about changing how we talk about the system, about how we help people to get back into employment," she said.

"When you've got people going for jobs that they are not qualified for or don't want to do, because of mutual obligation it's not fair on the job seeker, but it's also not fair on the employer."

In her time as a representative, Aly has heard from countless constituents about what matters to them. There's talk about jobs, about education. But Aly says when you delve further into that, it's clear what people really want is security.

Their own physical and financial security. A sense of security that comes through contributing to their community, and through the knowledge that their community looks after its most vulnerable through a robust and comprehensive social welfare system.

"All the rhetoric and all the narratives around 'lifters and leaners' and people who are 'dole bludgers and don't want to work', that's all bullshit," she said. "Because the vast majority of people who rely on our social welfare system, find themselves in positions that they never dreamed they would be in. And they have to find the courage to ask a stranger to help them because they cannot afford to look after themselves, their children, to pay their mortgage, to pay their rent, and they need help. We shouldn't treat people who need help that way."

Dr Aly certainly never expected to find herself in Centrelink that day.

She worked throughout the night to complete her Master's Degree in Education and return to work. She went on to become a professor at Edith Cowan University, one of Australia's foremost experts on counter-terrorism, and in 2016, was elected to Parliament.

Her sons are now 31 and 28, and she relishes that she's in a position to look back on the struggles of their early years and to spoil them.

"I remember telling them [when they were little], 'I promise you, one day we'll go to Disneyland.' And when they were 21 and 18 I had the means to be able to take them. These towering men.

"We were standing there watching the fireworks and these two boys just held me with tears in their eyes, and they said, 'We love you, Mum.' And I just felt I made good on that promise to them. I made good."

By listening to today's social security recipients — really listening — she hopes her colleagues across the aisle can find a way to ensure those men and women get the chance to make good, too.

Reply
Upvote
4 upvotes
I cant even process the fact that politicians give themselves a daily travel allowance thats the same as they expect people to live on for a week. Or that they chased welfare recipients to their death for fictional deaths, but didn't include a single clause for profitable businesses to pay back jobkeeper. They really do believe there are two classes of people and its their role to punish the other class for existing.