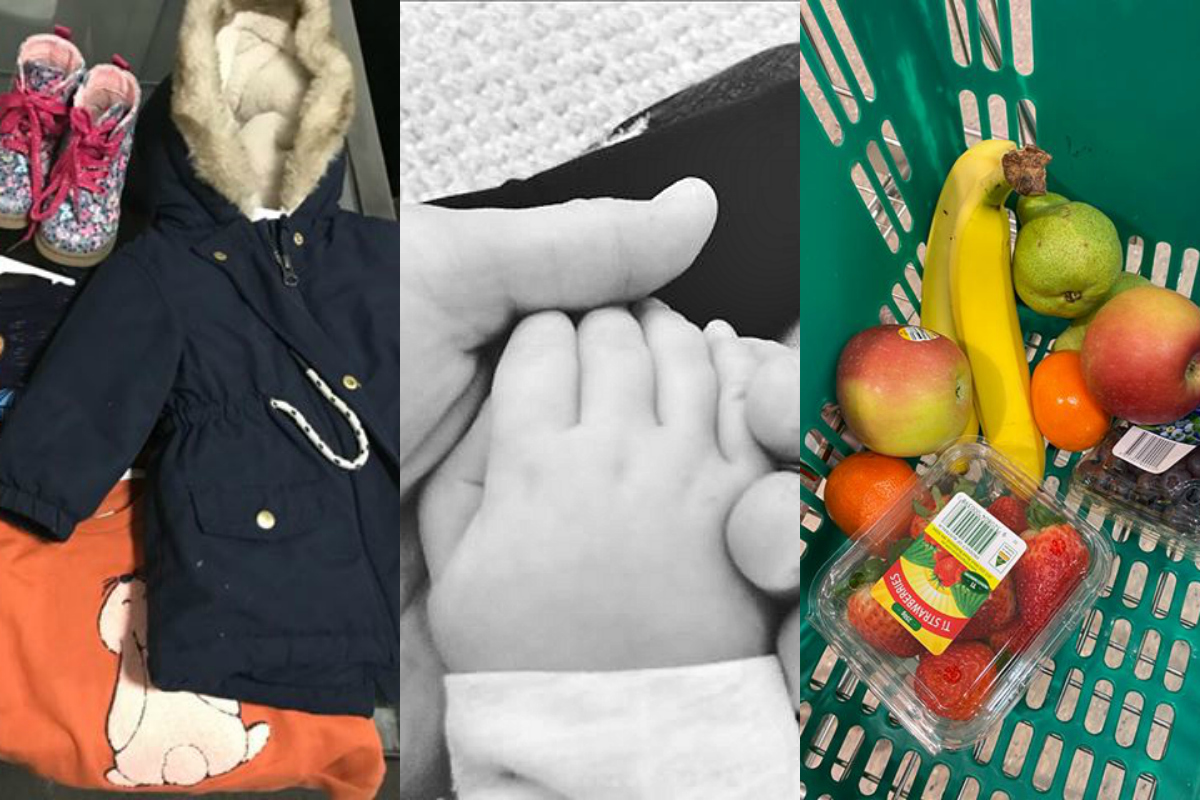 The following mentions domestic violence. If this topic brings up any issues for you, or if you just feel like you need to speak to someone, please call 1800 RESPECT (1800 737 732).

This year, somewhere in this 'lucky' country of ours, a mother named Lilly finally had enough money to make a birthday cake for her six-year-old son.

A woman named Angie could afford to buy her sister a takeaway coffee to celebrate the remission of her breast cancer.

Kay had the means to keep spare life-saving asthma medication on hand for her boys.

Hope could afford heating for the first time in four years.

J didn't have to go dumpster diving for food.

And C and her two young children could escape domestic violence, because she could afford petrol in the car, medical items, and fresh food. In 2020, for the first time in a long time, she didn't have to choose between safety and hunger.

The hidden numbers of domestic violence (Post continues below).

These Australians are all recipients of the $550 Coronavirus Supplement, a fortnightly boost to certain income support payments including JobSeeker, Youth Allowance, the Parenting Payment, and Sickness Allowance.

﻿The supplement, introduced by the Federal Government on March 23 at an estimated cost of $14.1 billion, is among a number of social security measures designed to curb the financial impact of the pandemic.

For many, that's life-changing; for some, potentially life-saving.

Yet come September 24, it may be revoked.

Though we are still well and truly in the grips of the pandemic, the Coronavirus Supplement was implemented with an expiry date of just six months.

An online campaign, spearheaded by CEO of the National Council of Single Mothers & their Children, Terese Edwards, and Nikita Radford, a Masters of Public Health candidate at Flinders University, is urging the Government to maintain the boosted welfare rates beyond the slated cut-off.

It's called 550 Reasons to Smile, and it invites Coronavirus Supplement recipients to share photographs and messages that capture the real-world impact of the additional payment.

The stories above are just some they've received and shared to their social media pages.

Speaking to Mamamia, Terese Edwards said they wanted to highlight just how paralysing financial hardship is, both practically and emotionally.

"We needed a way to show that some people usually have to choose between medication and food, between keeping the car on the road or a room in the house warm. That for some families, part of budgeting is skipping meals," she said.

Terese began receiving messages from women she'd previously worked with through NCSMC — "women who were in dire straits for a whole lot of reasons; lost employment, domestic violence, non-payment of child support, or sometimes all three" — in which they shared how their lives had changed courtesy of that extra $550.

"The first one I remember so well because it was [a photo of] the most basic pair of winter pyjamas, and the woman said, 'Hey Terese. Guess what? This is what I bought today'," she recalled.

"Then the next one came in and it was fresh fruit. And then there was a picture of two children I knew who were waving and doing a happy dance."

As time went by, they started receiving the messages that Terese said made her heart "sing": women who finally had the resources to leave a domestic violence situation. Of course, she stresses, in some parts of the country restrictions still made that impossible for many.

"I felt I was living in a world of contrast where, at one end, we had the knowledge that women who were unsafe were going to become more unsafe. And then you're starting to get this money that was changing lives," she said.

"But I've worked here for over 10 years and I've never seen any expenditure have such a magical effect."

The stories submitted to 550 Reasons to Smile echo the result of a recent survey by the Australian Council of Social Service, which asked 1000 JobSeeker recipients about the impact the Coronavirus Supplement was having on their lives:

More than 9 out of 10 people said the removal of the supplement would have a significant or extreme impact on their ability to cover the cost of essentials.

A decision on the welfare payments will likely be announced when Treasurer Josh Frydenberg delivers the Federal Government's mini-budget on July 23.

Prime Minister Scott Morrison has flagged that a $10-per-day increase to JobSeeker may be on the cards. But that would still be a $200 cut to the current rate.

"While we welcome that the Government is planning a permanent increase, it must allow people to cover the basics and we know that an increase of $10 a day won’t go far enough," ACOSS CEO Dr Cassandra Goldie said last month.

Terese is, too, hoping for more.

"If you give to people who are struggling, if the safety net works as it's meant to work, this is what actually happens. We get healthier. We go to the doctor, we go to the dentist. We give it immediately back into our community and the economy benefits. It's not just a 'take, take, take' situation," she said.

The very fact that it's up to parliament to determine the size of welfare payments, she argues, is a sign of this country's broken system. She believes it risks being a decision made on ideology and "lazy economics", rather than evidence-based research.

"In a country that has been so rich, in terms of intellectual and geological resources, we should never ever have a system where we think it's okay for people to live below the poverty line," she said.

"We pretend that it doesn't happen. We blame individuals, we turn a blind eye to the high competitiveness in the job market, or the increase in underemployment, or the stubborn gender gap. We don't look at any structural issues, and then we [tell welfare recipients], 'Really, all you've gotta do is work a bit harder.'

"There's another side to this story, and this is the real one. This isn't based in beliefs or based in prejudice. This is actually what is happening."

Below are some of their stories.

Reply
Upvote
1 upvotes
I’m surviving somehow on a disability payment. Can’t work even though I want to. Have high medical bills despite Medicare and PBS, have a little tiny companion dog who saves me daily but literally takes food out of my mouth because not starving him comes first, and I’m sickened by the utter waste of public money and spending flamboyance of LNP while castigating and demonising those needing a hand.
Taxes in Australia have their roots in community caring of orphans and children of the poor and disabled. But nowadays politicians seem to think public money is their own spare change and ever present personal jackpot! Sickening!
cat 22 days ago