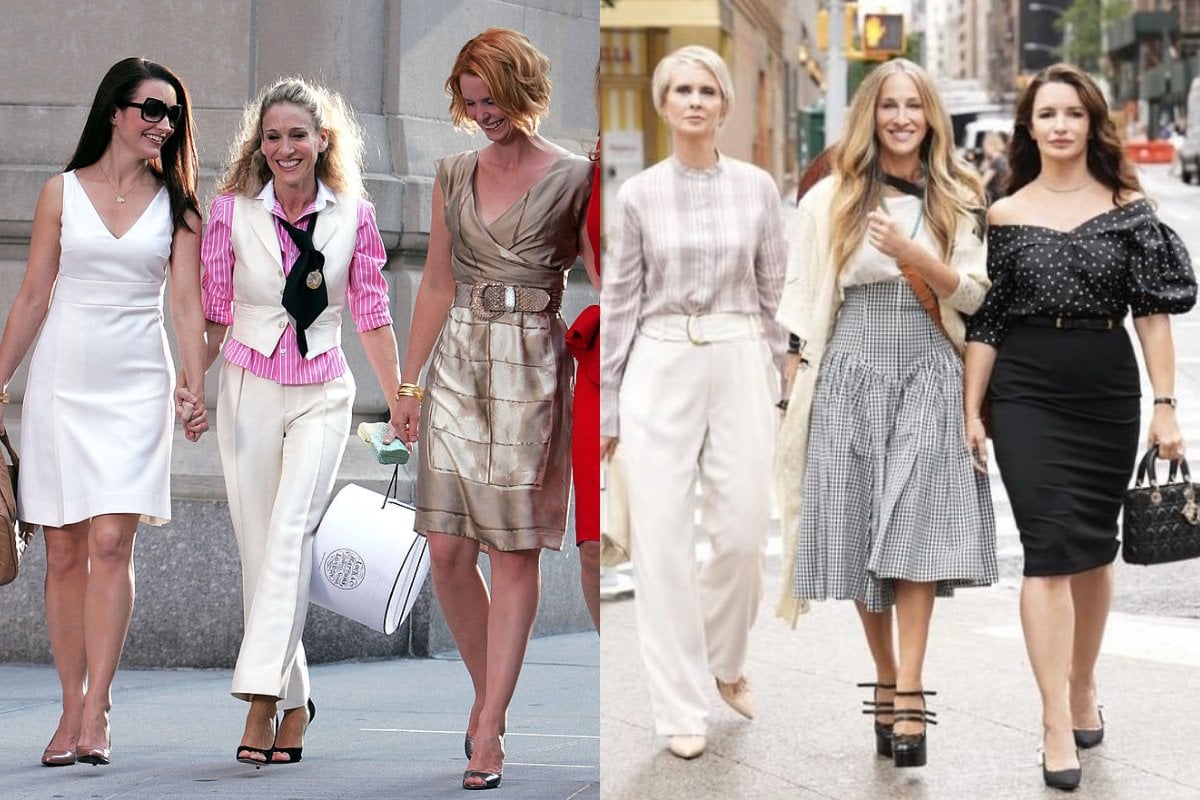 The show, which will be titled And Just Like That... is returning for 10, half-hour episodes on HBO Max.

It will follow characters Carrie (Sarah Jessica Parker), Charlotte (Kristin Davis), and Miranda (Cynthia Nixon) as they navigate love and friendship in their 50s.

Side note: Here are six times Samantha Jones was #Goals. Post continues below.

But with the announcement came an obvious hole, with one of the 'core four' missing.

It's unsurprising, given how public Kim Cattrall, 64, has been about her desire to leave her character, Samantha, behind her, but is now official: she will not take part in the new series.

Here's everything else we know about the SATC reboot.

Who's in (and out) in the Sex and the City reboot?

As above, Sarah Jessica Parker will be returning as Carrie, as will Kristin Davis as Charlotte, and Cynthia Nixon as Miranda.

Kim Cattrall will not be returning as Samantha, though HBO Max Chief Content Officer Casey Bloys said in an interview with TVLine that there will be a reasonable explanation as to why she is written out of the show.

"Friendships fade, and new friendships start. So I think it is all very indicative of the real stages, the actual stages of life."

Sarah Jessica Parker, whose ongoing feud with Cattrall is widely known, told TMZ: "We’re not looking to create a fourth character [to replace Samantha]. We have New York City as the fourth character. There will be lots of interesting, new characters we are super excited about."

While many supporting characters are yet to be confirmed, Executive producer Michael Patrick King has assured us that Carrie's love interest, Mr Big, will be back.

"I'm thrilled to be working with Chris again on And Just Like That…" King said in a statement. "How could we ever do a new chapter of the Sex and the City story without our Mr Big?"

John Corbett, who played Carrie's other man, Aidan Shaw, will appear in "quite a few" episodes.

It is "very likely" that David Eisenberg will be returning as Miranda's man, Steve Brady.

And Willie Garson, who played Carrie's best friend, Stanford Blatch, confirmed he would be returning to the show, in an Instagram post.

Sarah Jessica Parker also confirmed that Nixon, Davis, "and some others you know", will be returning...

Grey's anatomy's, Sara Ramírez, will be joining the cast as a queer, non-binary comedian and podcast host named Che Diaz.

"Che is a big presence with a big heart whose outrageous sense of humour and progressive, human overview of gender roles has made them and their podcast very popular," HBO Max says of the new character.

"Everyone at And Just Like That… is beyond thrilled that a dynamically talented actor such as Sara Ramírez has joined the Sex and the City family. Sara is a one-of-a-kind talent, equally at home with comedy and drama — and we feel excited and inspired to create this new character for the show."

What's the limited season about?

In an interview with Vanity Fair, Sarah Jessica Parker opened up about what we can expect from the new season.

"I think that Cynthia, Kristin, and I are all excited about the time that has passed," she said.

"You know, who are they in this world now? Have they adapted? What part have they played? Where have they fallen short as women, as friends, and how are they finding their way? Did they move with momentum? Are they like some people who are confused, threatened, nervous [by what’s happening in the world]? I’m so curious and excited to see how the writers imagine these women today," Parker explained.

"What is their relationship to social media? What has changed?"

Interestingly, we will get to see Miranda and Charlotte juggle raising teenagers.

"For Carrie, who doesn’t have family beyond her friendships, where is she professionally? How have all of these political changes affected her work? Is she still writing a column? Has she written any more books? Or does she have a podcast? What does fashion mean to her now? How have the friendships changed or not changed, and has her social circle grown?

"[COVID-19 will] obviously be part of the storyline, because that's the city [these characters] live in. And how has that changed relationships once friends disappear? I have great faith that the writers are going to examine it all."

We also know that Carrie Bradshaw will be a regular guest on new character, Che's podcast.

When will the Sex and the City reboot air?

While there's no release date yet, production for the series has now begun, and the first episode is titled: "Hello, It's Me" as teased by SJP in an Instagram post this week.

HBO Max also released the first official photo of the core cast and, while Catrall's absence is hard to ignore, it's clear the characters' signature styles haven't gone anywhere. 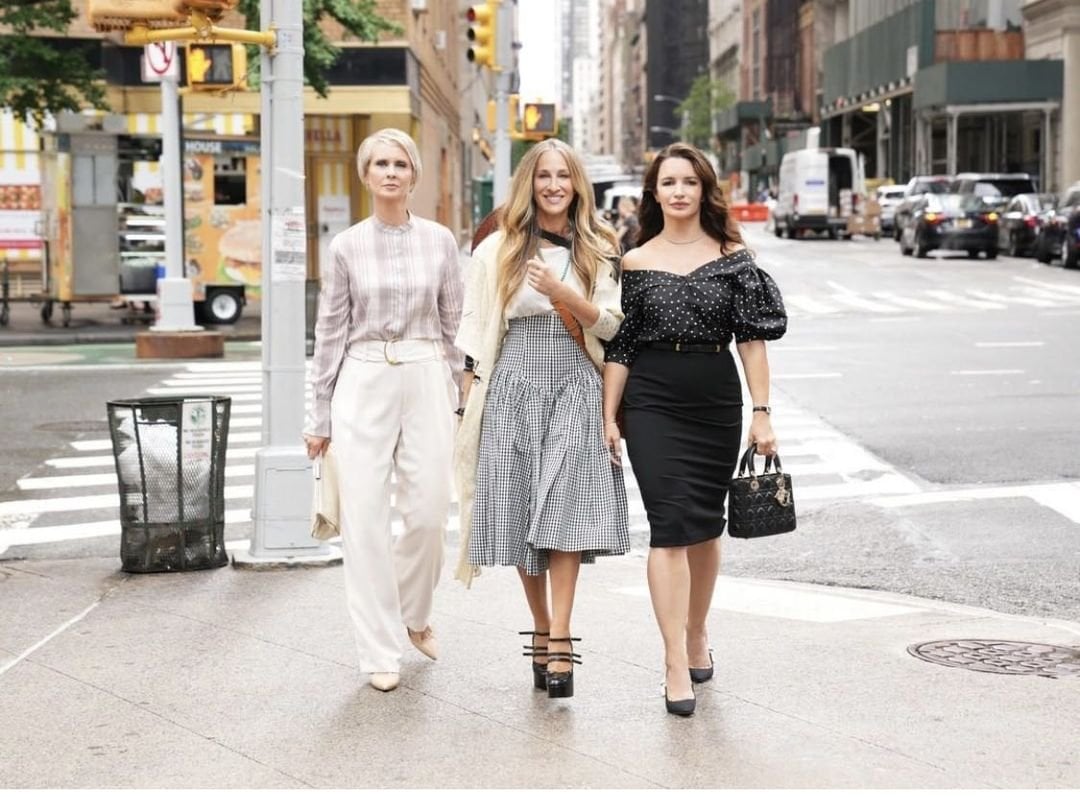 Reply
Upvote
2 upvotes
More like a reboot of The Golden Girls.