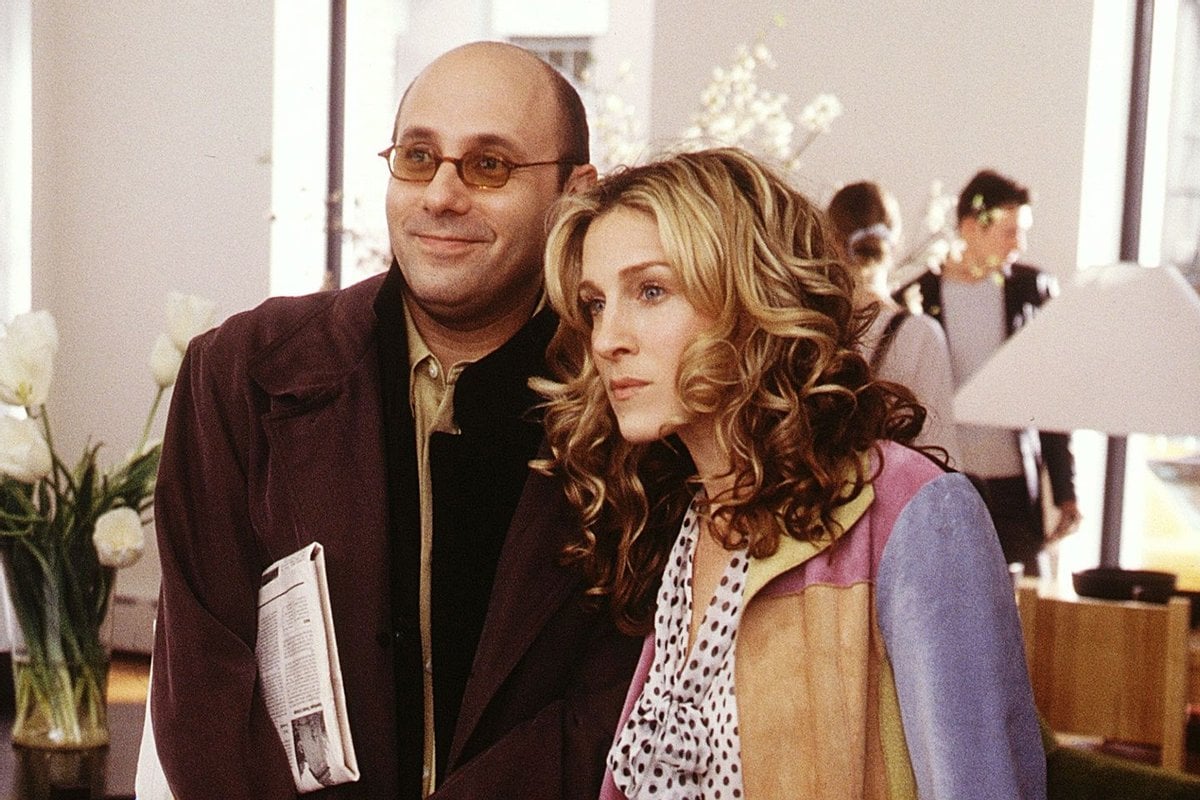 On Tuesday, Willie Garson, best known for his role as Stanford Blatch in Sex and the City, died aged 57 from pancreatic cancer.

Garson's sudden passing comes amid filming for And Just Like That, which is the sequel series to Sex and the City.

From 1998 to 2004, Garson starred in the popular series as Carrie Bradshaw's close friend, Stanford Blatch. He also appeared in both Sex and the City spinoff movies.

Just two months ago, the actor was photographed on the set of And Just Like That in New York City alongside Sarah Jessica Parker and Mario Cantone, who played Garson's on-screen enemy-turned-husband Anthony Marentino.

I couldn’t have had a more brilliant TV partner. I’m devastated and just overwhelmed with Sadness. Taken away from all of us way soon. You were a gift from the gods. Rest my sweet friend. I love you. pic.twitter.com/Ia4tg1VK1Y

Following Garson's death, friends, colleagues, and representatives from HBO and HBO Max have paid tribute to the 57-year-old.

"Willie Garson was in life, as on-screen, a devoted friend and a bright light for everyone in his universe," a statement from HBO read.

"He created one of the most beloved characters from the HBO pantheon and was a member of our family for nearly 25 years. We are deeply saddened to learn of his passing and extend our sincere condolences to his family and loved ones."

Sex and the City executive producer Michael Patrick King also released a statement, adding: "The Sex and the City family has lost one of its own. Our amazing Willie Garson."

He continued: "His spirit and his dedication to his craft was present every day filming And Just Like That. He was there — giving us his all — even while he was sick. His multitude of gifts as an actor and person will be missed by everyone. In this sad, dark moment we are comforted by our memory of his joy and light."

However, Garson and Parker first met when they were set up on a blind date before the show came to fruition.

"We were set up once, had a very long flirtation, and then just settled into being best friends, something I think really reads on the show." 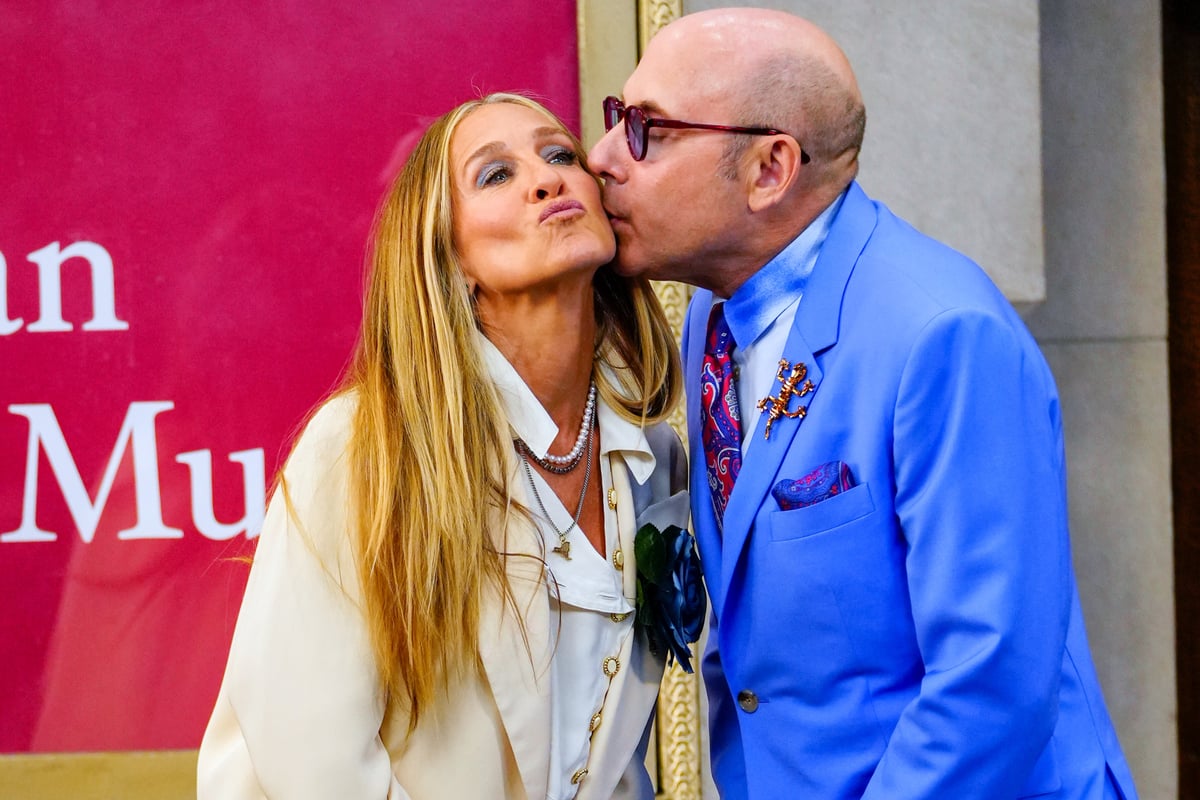 Sarah Jessica Parker and Willie Garson on the set of And Just Like That in New York City. Image: Getty.

"It's been unbearable," she began her Instagram caption. "Sometimes silence is a statement. Of the gravity. The anguish. The magnitude of the loss of a 30-plus year friendship."

She continued: "A real friendship that allowed for secrets, adventure, a shared professional family, truth, concerts, road trips, meals, late-night phone calls, a mutual devotion to parenthood and all the heartaches and joy that accompany, triumphs, disappointments, fear, rage and years spent on sets (most especially Carrie's apartment) and laughing late into the night as both Stanford and Carrie and Willie and SJ."

"Willie. I will miss everything about you. And replay our last moments together. I will re-read every text from your final days and put to pen our last calls. Your absence a crater that I will fill with blessing of these memories and all the ones that are still in recesses yet to surface."

She concluded the post by sharing Garson's last words to her: "'Great bangles all around.' Yes. Godspeed Willie Garson. RIP. X, SJ."

While Garson played an openly gay man in the series, he was heterosexual.

In an interview with Page Six last year, Garson joked that playing a gay character often influenced his dating life.

"At the beginning, you would approach someone at a bar and realise, 'Oh, they want to be Stanford’s best friend.' They don’t necessarily want to sleep with you," he laughed.

He also appeared in a number of films, including There's Something About Mary, Groundhog Day, and Being John Malkovich.

Outside of his acting career, Garson has long been an active voice in the adoption community, serving as a spokesperson in the United States for National Adoption Day.

The actor adopted his son, Nathen, when he was seven years old. 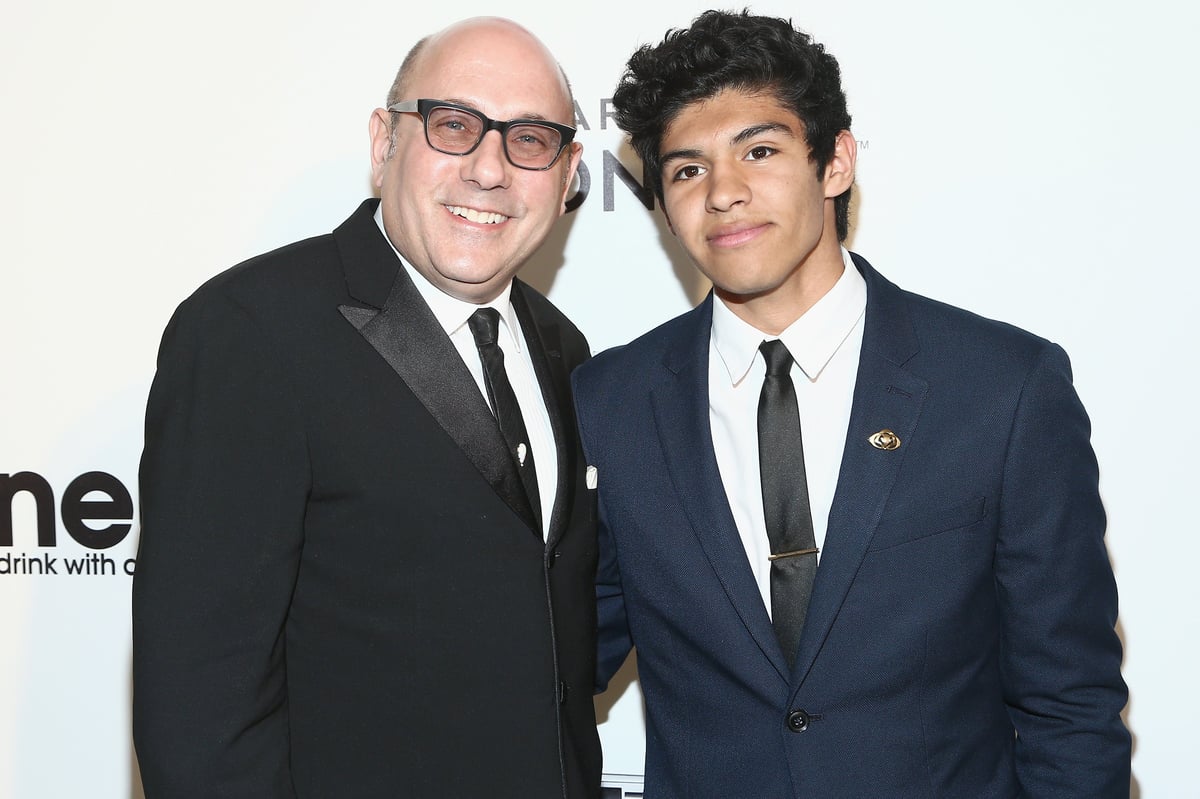 Willie Garson and his son Nathen in 2019. Image: Getty.

When asked what made him want to become a father, Garson shared: "I was single, I wanted a child and while I was in a long-term relationship, she did not want to have babies."

"I always wanted to be a father," he continued. "When the relationship ended, I knew I wanted to focus on having a child and I knew I would not serve a baby well. For me, my choice was to adopt an older child."

Garson also shared that the second he saw Nathen, he knew he would be his son.

"When I saw Nathen... he was like a light that was shining brightly. He was the only kid that was playing and laughing, and I knew that was my kid," he said.

"Once I interacted with him, I knew we clicked, and I had to have him."

On Wednesday morning, Garson's son, Nathen, shared a tribute to his father on Instagram.

"Rest In Peace and I’m so glad you got to share all your adventures with me and were able to accomplish so much. I’m so proud of you. I will always love you, but I think it’s time for you to go on an adventure of your own.

"You’ll always be with me. Love you more than you will ever know and I’m glad you can be at peace now. You always were the toughest and funniest and smartest person I’ve known.

"I’m glad you shared your love with me. I’ll never forget it or lose it."