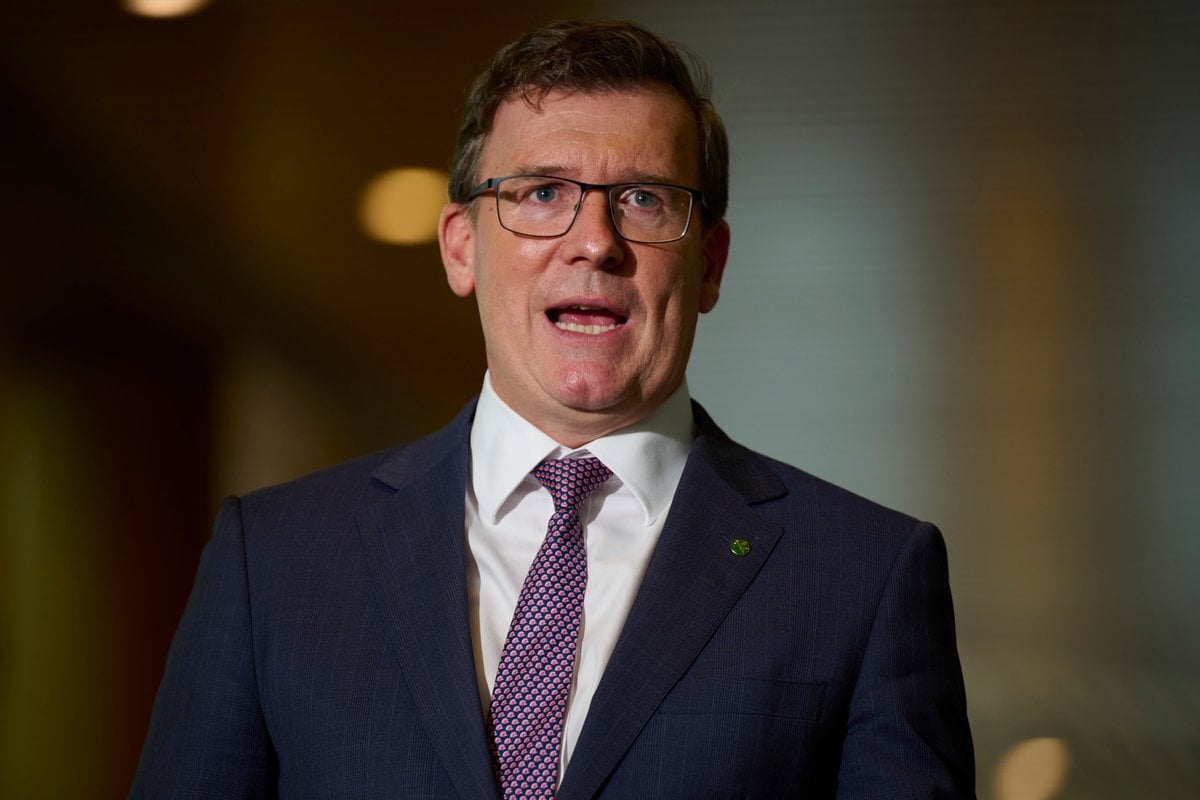 This post deals with abuse and may be triggering for some readers.

Education Minister Alan Tudge will stand aside amid an investigation into allegations that an affair he had with his former staffer was abusive.

In a press conference in Canberra, Rachelle Miller said that it had taken her a long time to "face the truth about what happened" but that the " memories are clearly etched in my brain”.

“This relationship was defined by significant power imbalance. It was an emotionally and, on one occasion physically abusive relationship,” she said.

"These issues are obviously deeply concerning and, I know, deeply distressing, for Ms Miller, minister Tudge and the families affected by these events," Morrison told parliament.

"It's important these matters be resolved fairly and expeditiously. To this end, the minister has agreed to my request to stand aside while these issues are addressed by my department."

Miller made her consensual relationship with Tudge public a year ago but wanted to share more of her story on Thursday in a plea for change to workplace culture in Parliament House.

Read more: “Appalling and distressing.” Everything we learned from the review into Parliament House’s workplace culture.

She said the minister repeatedly chastised, bullied and belittled her, outlining methods of coercive control.

On one occasion, she alleges Tudge kicked her until she left his bed after her phone rang early one morning and he became frustrated it woke him.

Listen to The Quicky, Mamamia's daily news podcast, on how we end sexual harassment at work. Post continues below.

While Miller acknowledged her relationship with Tudge was consensual, she said it was much more complicated than that.

"I was so ashamed, so humiliated, so scared. I was exhausted. I told a small part of the story," she told reporters in Canberra on Thursday.

Miller said speaking through the media was the only way the government would listen to calls for changes to parliament's workplace culture.

She said no one from the government, aside from one female chief of staff sending a text, contacted her to see if she was OK after she went public more than a year ago.

Her repeated pleas for meetings with the prime minister and ministers, including Linda Reynolds, fell on deaf ears, she said.

"When I spoke out more than a year ago... I wanted to spark a debate, but I was too unwell to continue to publicly advocate," she said.

"All I ever wanted was for the government to listen and to acknowledge our experiences in this building."

Miller said the government had delegated women the job of listening to the awful experiences of other women in parliament and politics.

"This is entirely a men's issue, and specifically the men in (parliament).

"The Liberal party doesn't have a women problem, it has a men problem."

Miller also chastised Labor for staying silent on the issue "because they have just as many skeletons".

"Unfortunately, it's a sad reality that the perpetrators are the ones who must change the laws to make themselves accountable," she said.

"Why is it up to the women survivors to fight for change?

"We should not have to fight. We have no fight left."

Alan Tudge has denied the claims.

In a statement on Thursday, the education minister said he "completely and utterly reject Ms Miller's version of events".

"Ms Miller and I had a consensual affair in 2017 as both of us have publicly acknowledged. This is something I deeply regret," he said.

Liberal senators Jane Hume and Hollie Hughes threw their support behind Tudge, saying he should not resign because the original allegations were not substantiated by a finance department investigation.

Senator Hughes described the claims as a case of "he said, she said" and questioned what Miller wanted the government to do.

Senator Hume said significant changes had been made already.

The affair between Miller and Tudge, which occurred in 2017, first became public in an ABC Four Cornersprogram last year.

Both Tudge and Miller were married with children at the time of the affair.

"Where there's significant power imbalances with senior ministers and perhaps junior staff, I think that absolutely there needs to be an acknowledgement that that sort of behaviour is not OK," Miller told the ABC.

In response to the ABC’s program, Tudge said, "I regret my actions immensely and the hurt it caused my family. I also regret the hurt that Ms Miller has experienced."

Reply
Upvote
Reminds me of the old saying, 'hell hath no fury like a woman scorned'.    A consensual affair between two mature adults hardly falls under the umbrella of harassment of women working  in Parliament House.
L
laura__palmer 8 months ago

Reply
Upvote
2 upvotes
@guest2 No, but that doesn't mean he didn't abuse his power or subject this woman to abuse within the relationship.
C
cat 8 months ago

Reply
Upvote
1 upvotes
@guest2 you have wildly misunderstood what she's alleging.
That phrase was invented to shield abusive men by discrediting women. Right up there with "boys will be boys" as a major red flag for misogyny.
C
cat 8 months ago