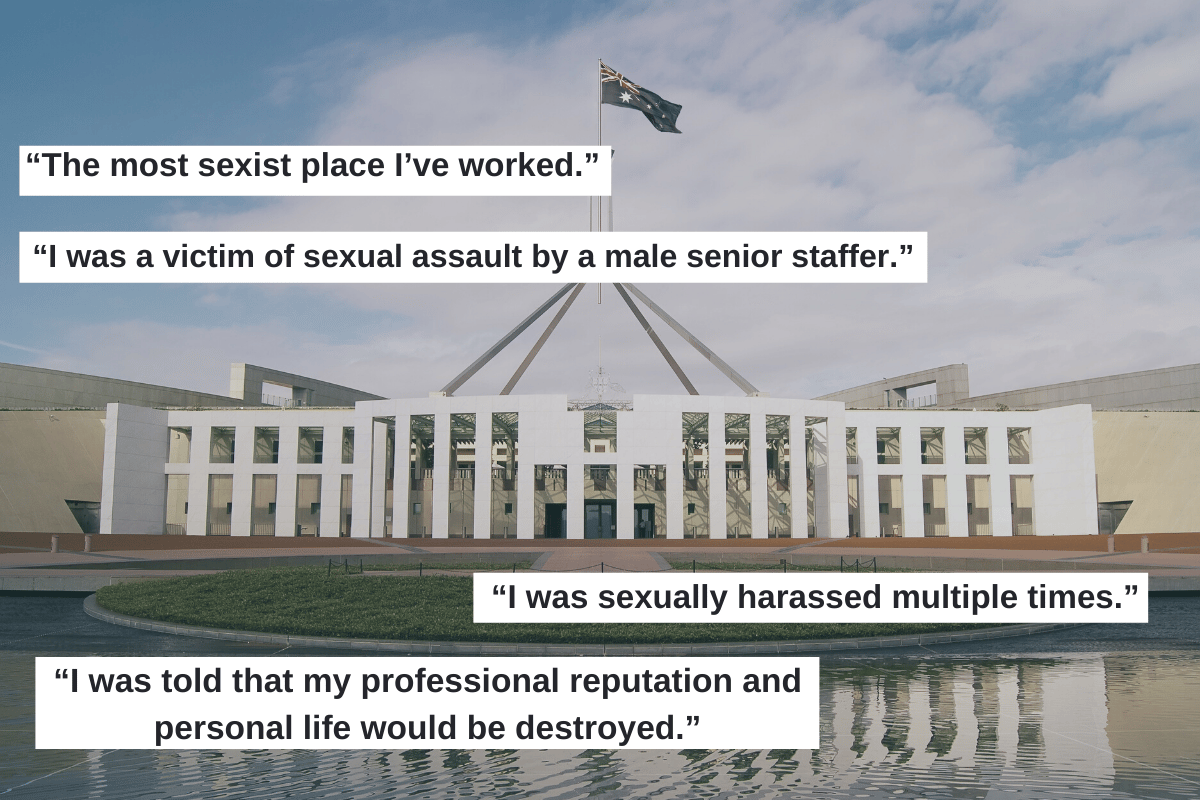 “The most sexist workplace.”

“A place women feel lucky if they weren’t sexually harassed.”

These are just some of the responses from those who have worked in Parliament House, painting a damning picture of what it means to work in Federal parliament.

On Tuesday, a report into Parliament House’s workplace culture was released as part of a review by Sex Discrimination Commissioner Kate Jenkins.

The review was sparked by former Liberal staffer Brittany Higgins going public in February with her story, alleging she was raped in 2019 by a colleague in a minister’s office.

The details to come out of the report are shocking, including the stat that one third of people working in Parliament House and Federal politician’s offices reported being sexually harassed on the job. Only 11 per cent reported it.

Here is everything we know about the report and the reaction to it.

Sex Discrimination Commissioner Kate Jenkins handed down the report on Tuesday and made 28 recommendations, to be enforced by an Independent Parliamentary Standards Commission.

“Women we spoke to told us they felt lucky when they had not directly experienced sexual harassment or sexual assault,” Commissioner Jenkins said at a press conference.

“Many people shared distressing experiences of bullying, sexual harassment and sexual assault, sometimes for the first time. They said these things could never be shared with anyone else.”

Some of the recommendations in the report include:

Listen to The Quicky: Canberra’s not the only workplace with a “women problem”. Post continues after audio.

Current and former politicians and staffers were among 1723 people, the majority of them women, who contributed to the review. Nearly 500 further interviews were conducted.

The report found three quarters of people in commonwealth parliamentary workplaces had either experienced, witnessed or heard about inappropriate behaviour, including bullying and actual/attempted sexual harassment or assault.

Commissioner Jenkins said she is confident things will start to change at the apex of Australian politics: simply because the public demands it.

“There’s no question that the Australian community is saying, ‘Actually you should be the model and the example’,” she concluded.

These are just some of the anonymous stories from Federal Parliament staffers about sexual assault, harassment and bullying. These stories were submitted as part of the report:

“I was sexually harassed multiple times, sexually assaulted, bullied and terrorised. And I was told that if I ever sought help or spoke about what happened to me my professional reputation and personal life would be destroyed.”

Another person explained how an MP sitting beside them “grabbed me and stuck his tongue down my throat. The others all laughed. It was revolting and humiliating.”

“I do often describe Parliament House as the most sexist place I’ve worked. I guess there is a workplace culture of drinking. There’s not a lot of accountability. The boys are lads. And that behaviour is celebrated and ... they do treat women, our female staffers and female admin staff, quite differently. Young women, particularly media advisers coming in, particularly the younger women coming in, were like fresh meat and challenges.”

On the same day Kate Jenkins report into the parliamentary workplace culture was handed down, which found huge issues in the parliament as a workplace, especially for women, dog noises and growling greet Jacqui Lambie as she asks a question in the senate. The. Same. Day.

“I was a victim of sexual assault by a male senior staffer in a senior office.”

“I got told beforehand, ‘Don’t get too drunk. You’re a young gay man. He’s a predatory older gay man. And he’ll go for it. If there is the right opportunity, he will pick a target in a room, ply them with booze and then try it on.’.”

“It is a man's world and you are reminded of it every day,” one person said. “Thanks to the looks up and down you get, to the representation in the parliamentary chambers, to the preferential treatment politicians give senior male journalists.”

“I want to thank the many brave people who shared their stories which contributed to this review,” Brittany Higgins said on Tuesday.

“I hope all sides of politics not only commit to but implement these recommendations in full.” 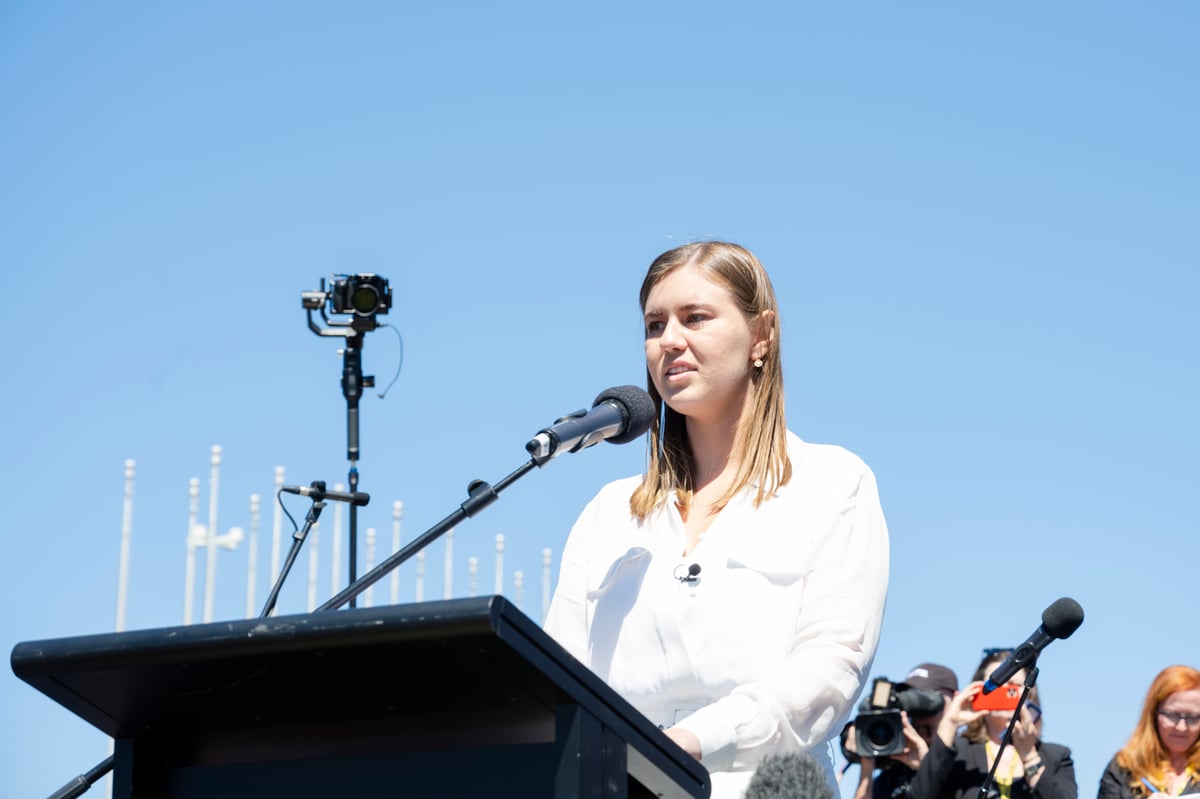 Image: Getty. The report also acknowledged the work of Grace Tame and Chanel Contos for their contribution to a national conversation about consent and the need to end gendered violence.

Prime Minister Scott Morrison on Tuesday thanked Higgins for speaking up, stating he believes Parliament House is safer now than it had been at the start of the year.

“Like anyone who works in this building, I find the statistics that are presented there, of course appalling and disturbing. I wish I found them more surprising,’’ he said. 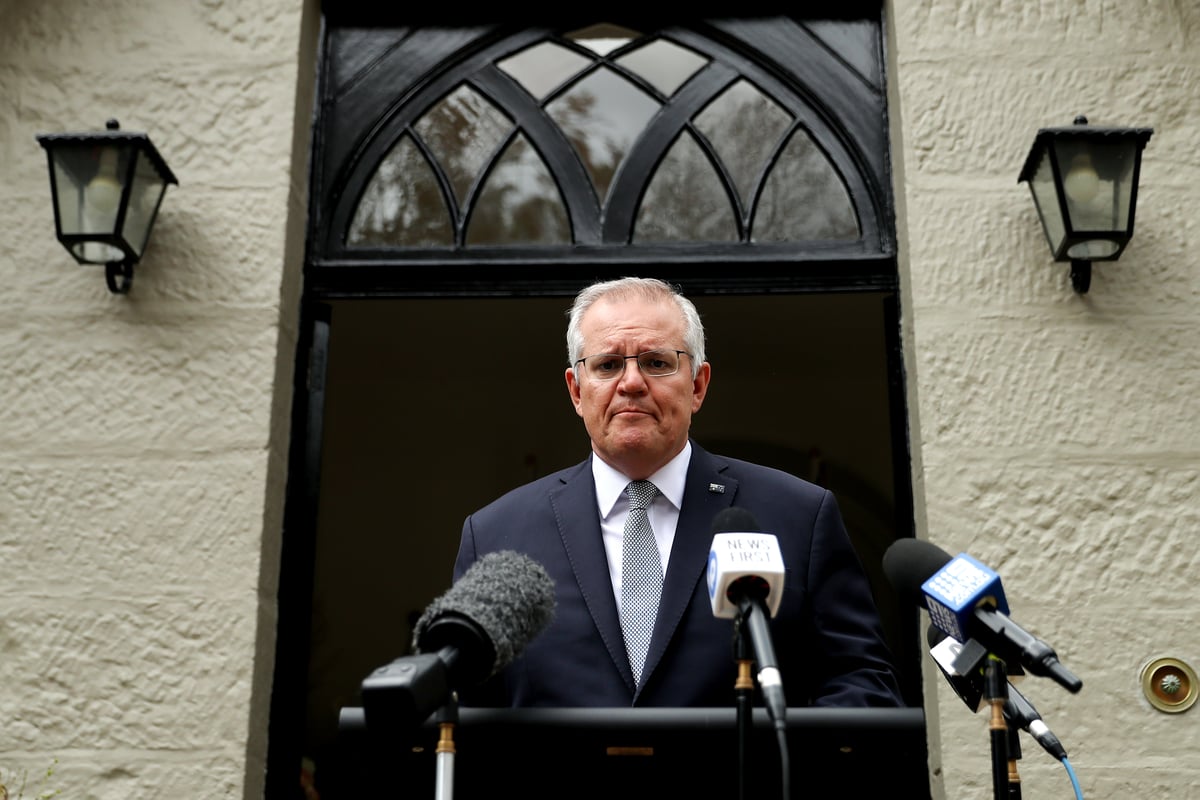 Image: Getty. “Just because what you do is important and stressful and demanding, (it’s important) to never normalise that behaviour as somehow okay. It’s not and we all need to understand the drivers here.”

“We all share in the ownership of the problems that are set out in this report,’’ the Prime Minister said.

“But we all share in implementing solutions as well. And we each have a role to play.”

Sexual assault survivor and advocate Grace Tame also spoke on the report today, taking to Twitter to share her concerns.

Speaking earlier, Kate Jenkins emphasised the importance of implementing all 28 recommendations of her Review as a package deal, as opposed to cherry picking certain ones, in order to achieve the much needed change.

“It rots from the top. Parliament’s ecosystem of abuse has been revealed. The review is a vital document which could and should form the basis of serious progress not only in parliament but across a nation of people watching on. We must stay hopeful, but Scott and his colleagues’ actions have proved this is highly unlikely,” Tame wrote.

“Until every recommendation has been implemented and real change follows, sadly all this will amount to is another theatrical announcement.”

The Review is a vital document which could and should form the basis of serious progress not only in parliament but across a nation of people watching on. We must stay hopeful, but Scott and his colleagues’ actions have proved this is highly unlikely.

“It’s time to change our Federal Parliament forever. We need all political parties to work together with urgency and ambition and commit to deliver the bold reforms that are needed,” she said.

"I wish I found them more surprising,’’ he said.

So, he's known about the sexism and harrassment going on, he has just never cared enough to do anything about it? I wish I found that more surprising.
S
snorks 2 months ago

Reply
Upvote
1 upvotes
@rush Looking at it in the nicest possible light, he learnt about the issues then commissioned a report looking into it. Therefore he wasn't surprised about what they found.
L
laura__palmer 2 months ago

Reply
Upvote
1 upvotes
@rush I know, he admits knows all about it and then says that "We all share in the ownership of the problems that are set out in this report,’’ the Prime Minister said.
“But we all share in implementing solutions as well. And we each have a role to play.”
Like, what? Take some responsibility as a leader and actually lead, not pass the buck.
C
cat 2 months ago

Reply
Upvote
@laura__palmer its quite clear that leading and responsibility are physically impossible for Scomo.
S
snorks 2 months ago