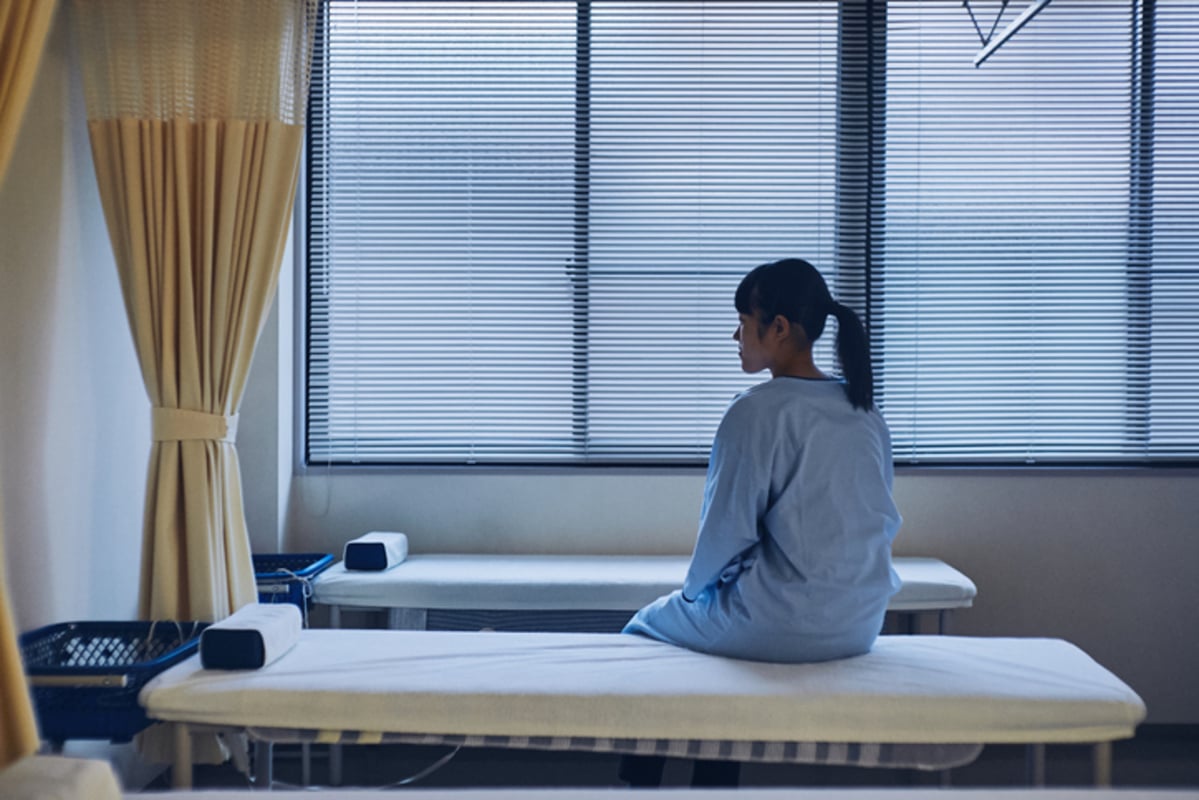 In 2007, a team of researchers designed an experiment.

They visited 30 abortion clinics over three years, and recruited more than 1000 women in waiting rooms.

A quarter of those women were denied an abortion, having missed the prescribed time limit set by the clinic. Some missed it by only a matter of days.

The entire group - from different backgrounds, circumstances and age groups - were interviewed twice a year for five years.

The result was a remarkable piece of research dubbed the Turnaway Study that took 10 years to both collect and deconstruct.

For the first time ever, demographers were able to enrich public debate on abortion with real-life data, science and comparison, and give us tangible insight into an age old question: What are the consequences of having, or being denied, an abortion?

In this article, we explore what they discovered.

No abortion story is the same.

The journey from seeing those double lines, to deciding now isn't the time to become a mother, is an experience fraught with emotion. But as this study concludes, it's not a decision that often leads to regret.

For many women, access to abortion has given them the opportunity to live a life they otherwise may not have had. But for some, the right to make that decision is taken away by the rules and regulations of the country or state in which they live.

WATCH: The women forced to have illegal abortions. Post continues after video.

The women in the Turnaway Study came from 21 American states. Of those denied an abortion, 70 per cent carried the unwanted pregnancies to term. Others miscarried or were able to obtain late abortions elsewhere - and the research shows that on average, the women in this group lived below the poverty line.

As the New Yorker explains, travel expenses to get to an abortion clinic, and raising the money to pay for a procedure, are just two of the reasons a woman might not be able to get to a clinic in time - with some women in the study turned away a day or two after missing the 'cut off.'

As Department of Obstetrics, Gynecology & Reproductive Sciences Professor Diana Greene Foster, PhD, writes in her newly released book The Turnaway Study: Ten Years, a Thousand Women, and the Consequences of Having—or Being Denied—an Abortion, the two groups of women were "remarkably similar at the first interview".

But in an incredible example of a 'sliding doors' moment, Foster and her team have been able to examine how the lives of the women in these two groups diverged after this one big decision was either granted or denied.

"It was the right decision for them."

In the final interview of the experiment in 2015, 95 per cent of the women in the study who had been granted an abortion said it had been the right choice for them.

The group of psychologists, epidemiologists, demographers, nursing scholars, and public health researchers who helped to build the research study conducted 8000 phone interviews over the course of the project, and heard thousands upon thousands of stories of unique mental, physical and economic experiences.

They discovered that the women who received a wanted abortion were more likely to have a positive outlook on the future and achieve aspirational life plans within one year of the procedure, and the most common emotion felt after leaving a clinic was relief. 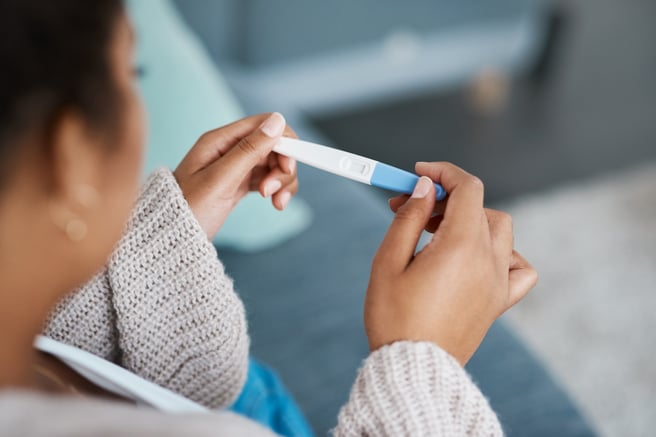 95 per cent of women in the experiment who had an abortion said it was the right choice for them years after the fact. Image: Getty.

They concluded that getting an abortion didn't increase women's use of alcohol, tobacco or drugs, and a woman's risk of having suicidal thoughts, PTSD, depression or anxiety did not, in fact, increase.

It was this assumption that lead to the banning of procedures in some American states, with a Supreme Court justice remarking in 2007 during an abortion case ruling, "while we find no reliable data to measure the phenomenon, it seems unexceptionable to conclude that some women come to regret their choice to abort the infant life they once created and sustained. Severe depression and loss of esteem can follow."

It was this quote that inspired the Turnaway Study, which years later has debunked that assumption entirely.

For the women who were denied an abortion, the knock-on effects are striking when compared to the group granted their right to choose.

There was an increased likelihood of not having enough money to pay for basic needs like transport, housing and food, and if they already had children at home, those children were more likely to be living in poverty.﻿

Worryingly, the women in this group were more likely to stay in contact with violent partners and remain in domestic abuse relationships, which was a common thread discussed by participants of the study. One third of the women expressed that their desire for an abortion stemmed from not wanting to be tethered to a bad partner.

Women who got the abortion were more likely to be in happy relationships, and more likely to intentionally get pregnant in the five years after the procedure.

Five years into the experiment, the women who were denied an abortion reported that they no longer wished they'd been able to end their pregnancy. But by this point, they had a fully fledged little person running around. 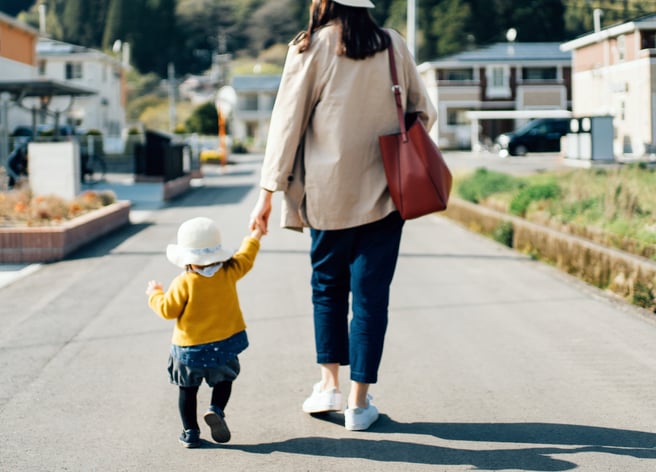 The rate of women still wishing they had an abortion drops to 4 per cent once they've had the child. Image: Getty.

What these responses don't reflect, however, is the fact that these women's lives were profoundly changed and in many instances negatively affected by not being able to make the decision to end a pregnancy themselves.

Even though they report loving their child, Dr Foster found these women were more likely to show signs of poor maternal bonding, and poor mental health.﻿

"Some events do cause lifetime damage—childhood abuse is one of them—but abortion is not common among these," she added in her book.

The assumption of regret.

﻿As Professor Foster explains, people assume that women who have an abortion experience regret.

But don't just take her word for it. Her landmark study inspired similar research in Nepal, Bangladesh, South Africa, Tunisia, and Colombia.

They all backed up her finding that being denied an abortion has serious, lingering effects. ﻿

But despite the reams of comprehensive research, Foster notes in her 2020 book that not much has changed in terms of perceptions around abortion, and she wonders what it will take to actually, truly, make a difference in this debate.

43 American states still ban abortion for women after a certain point in pregnancy.

34 states don't cover abortion for women except in instances of rape, incest, or situations where carrying the baby could endanger the woman's life.

In Australia, NSW became the last state in the country to decriminalise abortion in 2019. The debate revealed that a 'pro life' attitude still exists in many parts of the community, and in parts of our government. 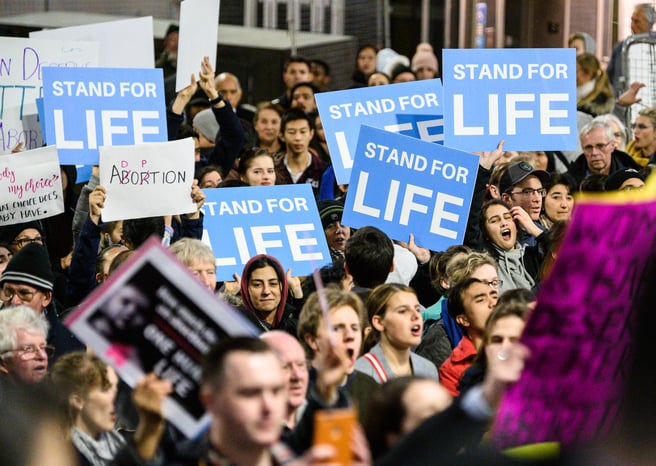 After nearly 40 hours of discussion (making it the third longest debate in the state’s upper house) the bill passed 26 votes to 14 in September 2019.

"I think that the question about whether people decide to carry a pregnancy to term or not is not just an activist question that is still part of a crucial political debate. It touches on everything important about how we make our lives and whether we decide to have children, and what other goals we have and how we pursue them," Professor Foster told Insider.

Having an abortion is incredibly common, with one in four women having one in their lifetime.

But as Foster concludes, almost everything that we consider to be common knowledge about abortions and the emotions that surround them, is wrong.

You can buy The Turnaway Study: Ten Years, a Thousand Women, and the Consequences of Having—or Being Denied—an Abortion here.

Reply
Upvote
8 upvotes
"95 per cent of the women in the study who had been granted an abortion said it had been the right choice for them"
Yep, because it was their choice. Abortion allows women the scope to bring children into the world when they are ready, that is admirable and no stigma should be attached to it. People who don't like or want abortions should never have to have one, likewise, people who don't want to be pregnant or a parent should have the option to abort. I don't regret having my children, because it was my choice. I also do not regret my abortion, because it was my choice.
2 years ago

Reply
Upvote
1 upvotes
@laura__palmer You need to dig deeper into that statistic, it's not as overwhelmingly positive as they make it seem.
L
laura__palmer 2 years ago

Reply
Upvote
1 upvotes
@snorks I have, as I'm a woman whose passionate about giving women the choice and making abortion easily accessible, and who has had an abortion and looked into it extensively before going through with it, and it pretty much is. There are many studies out there that have been conducted over decades that confirm this, not just this one. The only groups still saying the opposite are religious groups who use anecdotal stories to claim otherwise. The most common feeling after an abortion for women is relief and most feel that the decision was right for them at the time, that is what study after study had found.  Women who are able to make decisions for themselves are better off than those who are forced into something they aren't ready for or do not want. And that goes both ways, for people who require an abortion and those who want to continue with pregnancy and birth.
S
snorks 2 years ago